And if not, it can certainly dominate a real-life Nerf arms race. Bungie has teamed up with Nerf to recreate the Gjallarhorn in a 1:1 scale toy that actually fires giant Nerf darts as well as the recently invented Nerf Mega Shell, which is basically a giant foam ball that is less likely to take out somebody's eye.

At four feet long, the Gjallarhorn is one of the largest Nerf blasters ever made. It comes with 3 Mega Shells, 9 Nerf Mega Darts, and requires two AA batteries to operate the illuminated scope. 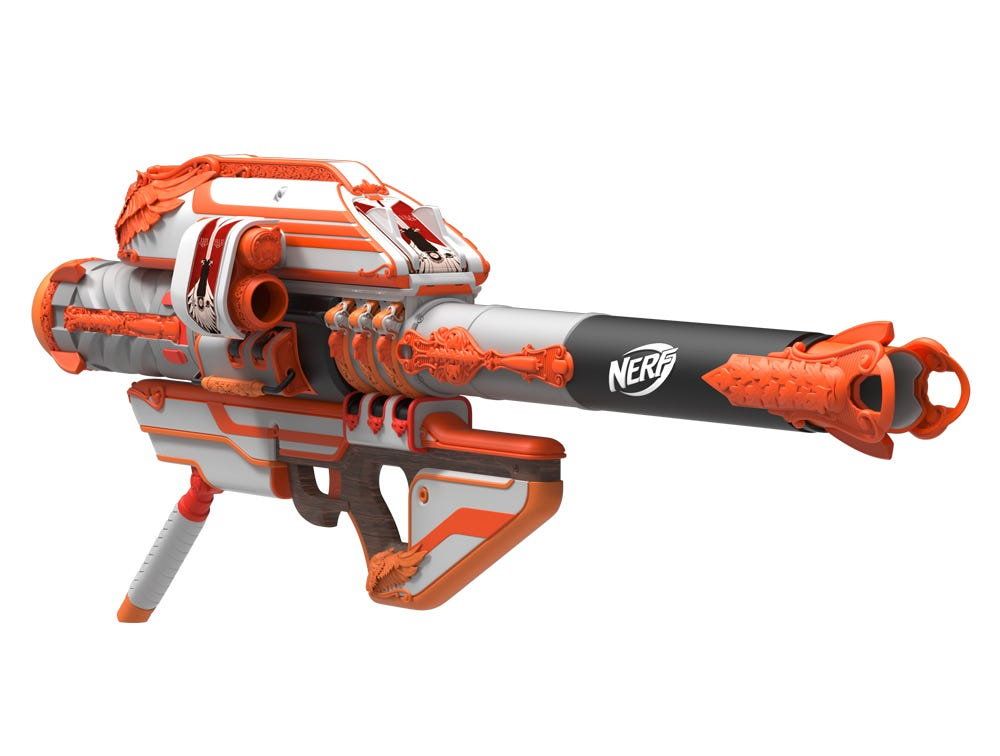 Reloading the Gjallarhorn even mimics how Guardians do it in Destiny 2. First, you have to slide the assembly forward to expose the breach, and then you slide it back to load the dart/shell for firing.

Bungie didn't say when deliveries would begin, but I wouldn't expect anything before 2023 judging by these pre-order dates.

But if you're less into the real-life Nerf blasters that look capable of dislocating your cat's shoulders, there are plenty of new guns available in Destiny 2 courtesy of the 30th Anniversary Pack. A bunch of Halo-inspired weapons has been added to the game, including the Battle Rifle, Focus Rifle, Energy Sword, and the beloved M6 Magnum. There are also other weapons from throughout Bungie's history, like the shotgun from Marathon and the sword from Myth.