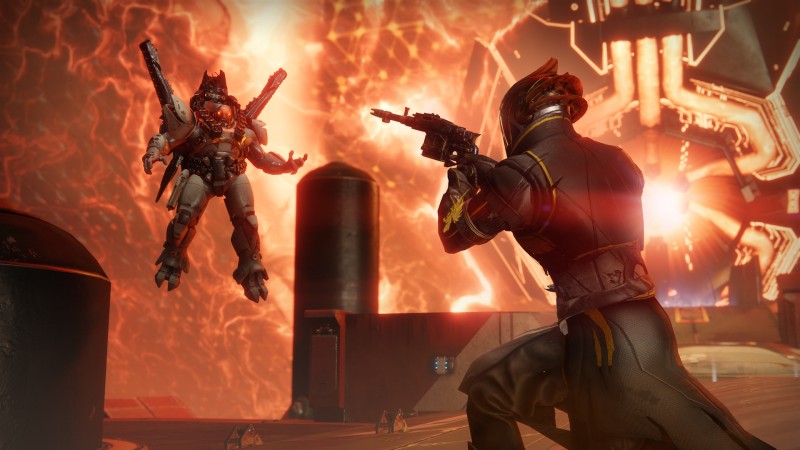 There’s a lot of long history just in the Destiny series in terms of conception, development, Bungie backstory, and promotion deals with first-parties. Activision hitched their Destiny wagon to Sony for the game’s marketing, thus the PlayStation 4 version of the game got some perks, like an exclusive exotic rifle called the Wavesplitter. So what happens when the gun accidentally gets let out to the other versions?

Players on the Xbox One and PC had a very limited window to find out the other day when, for the first time, purchasing a Fated Engram from Xur nets Guardians a gun from the Forsaken expansion. So Destiny 2 players on those platforms had to, without knowing about this error, get to Xur, purchase the Fated Engram, and luck into getting the PS4-exclusive Wavesplitter in the 45-minute window between the patch going live and Bungie resetting Xur for the week. Still, some players did get it and were able to use the gun within their Xbox One and PC versions of the game.

Bungie’s response is to explain that they’re issuing an update that prevents players who got the Wavesplitter from actually equipping it. It will just sit in their inventory as a thing they got, but it cannot actually be used after the update. Presumably this keeps to whatever deal Sony has with the game for exclusive content, which I am guessing does not specifically say an item can’t be seen on other platforms.

It is a reminder of how weird the video game industry can be, though.