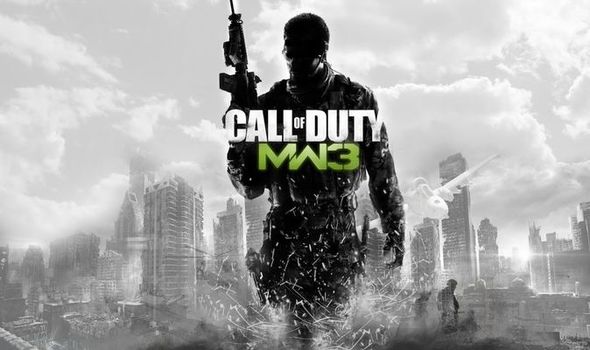 Activision could be preparing to surprise its fans with a double reveal for Call of Duty 2021, including a potential project linked to Modern Warfare 3.

So far, the COD development team have stayed silent regarding what is being planned for Call of Duty 2021.

Gamers have to rely on rumours and reports for now, and some of these point to a few interesting projects.

According to several reports, Sledgehammer Games are in charge of developing the next Call of Duty game, which will be dropping around October-November time in 2021.

But when it comes to the setting, there have been several conflicting ideas shared online.

One of the latest is that Sledgehammer Games will be releasing Call of Duty 2021 with a WW2 setting.

This would make some sense as this era is known as a classic COD setting, with Sledgehammer in charge of developer the most recent WW2 game in the franchise.

Read More: Warzone gets another map update ahead of Season 2 Nuke Event

But with the integration of Warzone with each new Call of Duty game expected to continue, it raises questions regarding how they would make WW2-era weapons work.

Another recent leak suggests that the Korean War will be the setting, an era of fighting that has not been covered in the Call of Duty franchise by a modern mainline game.

This raises the same questions regarding Warzone, which is expected to get a new map in April.

The one solution to this integration issue would be to release a special WW2 era Battle Royale experience, complete with an exclusive arsenal locked from that era.

Another rumour suggests that Call of Duty 2021 will be set in the future, which will open the development team to bringing different gunplay features and weapons to the game.

This would make an easier fit with Warzone integration and would also provide new map opportunities.

Whatever is being planned, Activision isn’t expected to announce its next COD game for a while.

While there could be smaller reveals regarding spin-off projects, the full Call of Duty 2021 reveal is not expected until nearer Summer, perhaps around August.

As part of the ongoing integration of Warzone, this will be where the next Call of Duty game will be revealed.

This was done with the launch of Black Ops Cold War, and while the mini-event wouldn’t have proven popular with everyone, it still made for a more interesting reveal than just a trailer.

There are also reports that Call of Duty 2021 will be launching alongside another project.

Call of Duty Modern Warfare 3 could be the next game to get the Remastering treatment from Activision.

Following on from the success of the Modern Warfare 2 Campaign launch, MW3 is expected to arrive in the coming months in the same fashion.

This could include another crossover with Warzone, this time offering Soap as a pre-order skin that will be available to use in Battle Royale.

Activision has already stated that they have more remaster plans in 2021, with Chief Financial Officer Dennis Durkin telling investors earlier this year:

“And then we have a few other things up our sleeve in terms of remastered content that will unveil in due course, which should provide further opportunity for us this year.

“And as Daniel mentioned, and we sort of mentioned throughout our remarks, all of this incremental opportunity is digital, which should allow us to continue to grow our margin as we did and we set record margins last year. So we should be able to build upon that. From a phasing point of view, you see our Q1 guide is obviously extremely strong.”

There was no build up ahead of the MW2 Campaign, so gamers will need to keep an eye out for the latest COD news.