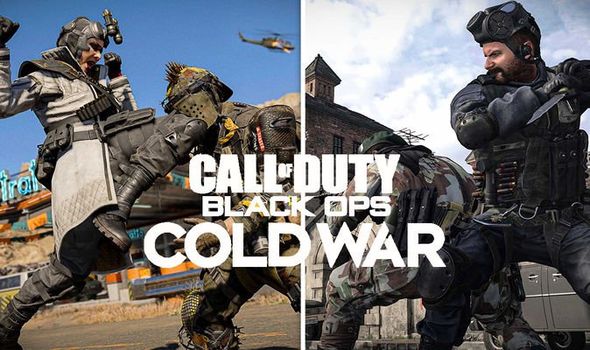 Call of Duty publisher Activision is getting ready to launch Season 3 in Black Ops Cold War.

The end of season transition event is currently taking place in Warzone, where the Verdansk map has been blown to bits by a nuclear bomb.

While Warzone players are having all of the fun right now, there’s plenty to come later in Black Ops Cold War.

The upcoming season launches alongside a whole host of new additions, including maps, game modes, operators, weapons, and a new Battle Pass.

On the more exciting end are the new maps, which include Yamantau and Diesel on day one, followed by Standoff and Duga later in the season.

The 6v6 Mount Yamantau map takes place in the crumbling remains of a Soviet observatory. It features a massive downed satellite dish to battle around, as well as snowy interiors, broken catwalks and even a ropeway.

Diesel, meanwhile, is an American desert map that can be played in 6v6, 2v2 and 3v3.

“Battle around the gas station and its surrounding buildings, smack dab in the middle of the badlands. Get frying,” reads an Activision teaser. 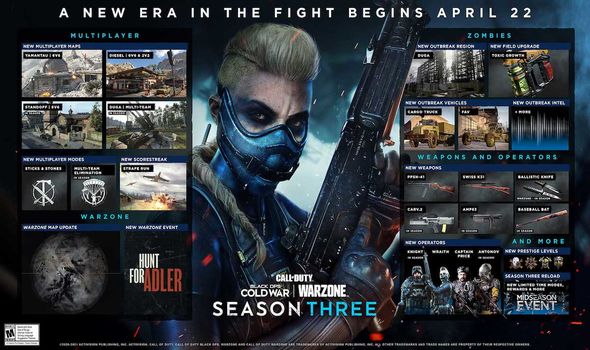 Next up we have the multiplayer modes, which include Sticks and Stones at launch, followed by Multi-Team Elimination later in the season.

Sticks and Stones is a fan favourite game mode in which players start with a crossbow and the new Ballistic Knife.

“It’s every Operator for themselves, with each player deploying with the R1 Shadowhunter crossbow, Ballistic Knife, and a Tomahawk.

“Earn score with crossbow and Ballistic Knife kills, and eliminate enemies with the Tomahawk to bankrupt their score to zero. The first player to reach the score limit or the player with the highest score when the timer expires wins.”

“This ex-Norwegian Intelligence Services alpine warfare specialist-turned-Perseus-agent makes a grand entrance demonstrating her skills in infiltration and sabotage. A vital asset in winter operations, cold-blooded and intolerant of weakness, she’s the perfect antagonist to fight against the NATO forces.”

New weapons available during launch week include the PPSh-41 SMG, the Ballistic Knife and the Swiss K31 Sniper Rifle. Additional weapons will be available later in the season.

Scorestreaks include Strafe Run and Cargo Truck, both of which are available during launch week.

The Strafe Run lets players call upon a pair of jet fighters: “With a longer active period and higher potential for kills compared to Scorestreaks like the Napalm Strike, the Strafe Run is a solid choice for any MP mode.”

Cargo Truck, meanwhile, is described as “a massive beast of machinery capable of fitting a few Operators in its open truck bed, in addition to a driver and copilot.

“What the Cargo Truck lacks in speed, it makes up for in firepower, coming equipped with a mounted machine gun that allows a teammate to provide cover against potential threats.”