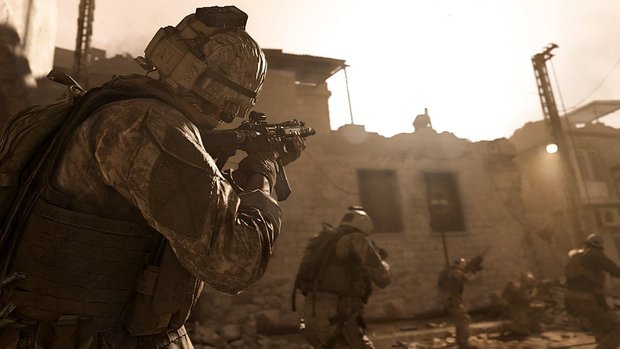 The first demo I see involves Tier-1 operators pulling punters from cars and profiling them – only to see the furthest car, a van, drive off erratically before exploding in a crowd of people at Piccadilly Circus – my heart sank… this is my home country, and it really hurt to watch.

Infinity Ward has certainly succeeded at making me feel something when it comes to Call of Duty – their previous space-bound games have been so off the mark that it’s good to see something grounded even though it is tremendously harrowing.

Real passports and driving licenses flashed on the screen as we were taken to a photogrammetrically recreated London backstreet – everything was so detailed down to the creak of the back gate as the company invaded the house – the DLR riding above.

The low heartbeat adrenaline of the Tier-1 team is felt in the room as they slowly but surely move their way through the townhouse, dispatching of potential foes with clinical accuracy.

A woman is pulled to the ground after forgetting to turn the kettle off – they’ve been taken unawares. 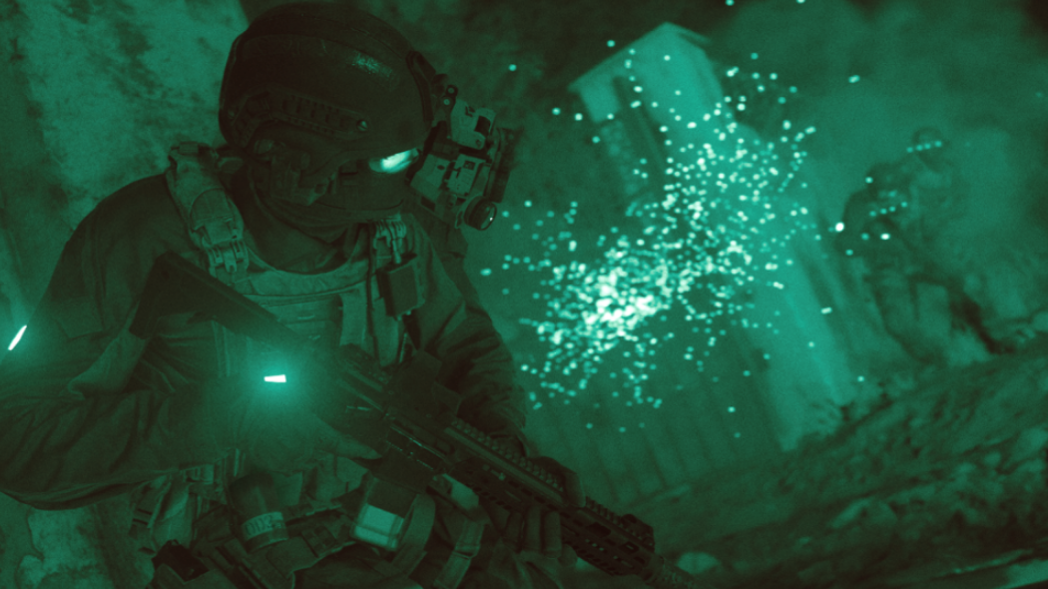 As they move through the house in night-vision, the claustrophobia of it starts to set in. It’s oh so quiet – two extremes of audio, the cacophony of bullets and the silence of assassination.

The only point of note for me was the speed with which the three civilians in the dining room pulled out rifles – if the point was to show they were taken unaware, it would have looked a bit better to see them scramble for a weapon rather than instantly pull out three of the same weapons – that pulled me out of the experience a little bit and made me realise this was a Call of Duty game after all.

Infinity Ward has also done something about wall damage and given players full reign to shoot through surfaces and tactically dispatch of enemies like in Rainbow Six: Siege.

Frenzied shotgun blasts crunching through a front door were made silent by a clinical line of suppressed SMG bullets through a nearby wall.

The game also did a great job of making me worry about what was happening – some of these people did not look like threats or were hostages – every kill was a question, and the sound of a crying baby did enough to unnerve me that I shivered. 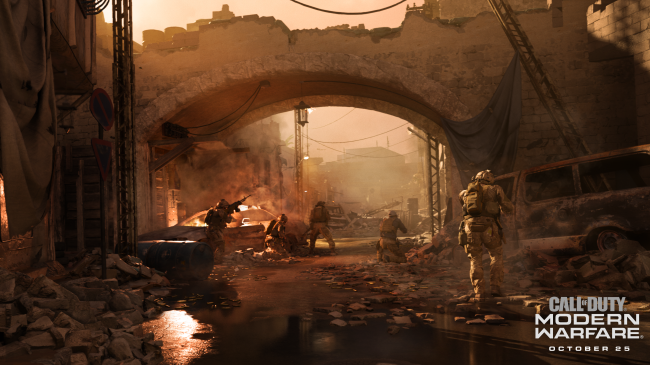 Straight after this, we were kicked into the Hometown demo which follows two children in a nonspecific Middle Eastern country. It’s a flashback we’re told – Farah is rescued from the rubble of a crumbling building as Russian soldiers bomb and kill her fellow civilians, gassing them with a nerve agent.

You watch your dad die and have to murder a man with a screwdriver in a pseudo-stealth boss battle. It’s grim stuff, but not quite gratuitous – it definitely gets the adrenaline going.

I liked the small touches like the recoil on the guns used by the children – obviously, they’re going to suffer from greater recoil and kickback.

I hear a lot of postulating about Barkov who appears to be the Russian general, the antagonist of the situation who “wants the young ones” – we see a number of women being captured and bundled into cars – the imagery makes your skin crawl.

We walk past half-dead people convulsing in the street, and the final scene is framed around a poppy field as Farah learns to use a revolver.

It’s a troubling, affecting dissection of modern conflict and a controversial booster shot applied to a series that has been floundering in deep space for some time now.

Call of Duty: Modern Warfare launches on October 25 for PlayStation 4, Xbox One and PC.