Activision has been spilling the beans about Call of Duty Modern Warfare Season 5 throughout the week, and early patch notes have now been shared.

They give a thorough rundown on everything coming this week to MW and COD Warzone, with plenty to report. The new map changes made to Verdansk top the list, but there’s also plenty of early news regarding the Season 5 Battle Pass.

Players who splash the cash on the new Pass will be able to unlock new items for vehicles, as well as additional weapons. The new arsenal of guns is part of the free tiers, meaning that everyone will have access to the ISO SMG and the AN-94 assault rifle.

One item that is new to the Battle Pass in Season 5 are the Wartracks, which will be available to listen to when driving around Verdansk.

“Get three unique songs including the pulse-pounding “Sepulchre” to amp up your Warzone experience. Equip one track to a specific vehicle in the Vehicle Customization menu (like Battle Horns), then as soon you hop in; the music gets turned up,” a message from Activision explains.

“Your entire squad can listen to the beat while you drive, and let the song guide you to your primary objective – survival. All three tracks are instantly unlocked when you purchase the Battle Pass.”

There are also details covering the new multiplayer content for Modern Warfare, which will see new maps and weapons go live over the coming weeks. The early patch notes from Activision also reveal plans for a mid-season event, which could hint at the official of the next Call of Duty game being released in 2020. 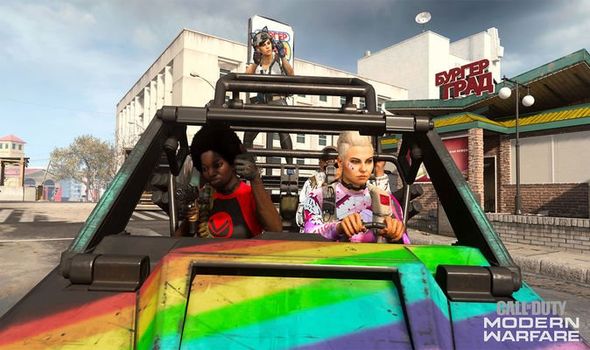 The early patch notes shared by Activision can be found below, but it should be noted that more are expected after Season 5 is released across all platforms later today.

The Season Five Battle Pass system enables you to obtain two new weapons: the ISO SMG (Tier 15) and the AN-94 assault rifle (Tier 31) that all players in Modern Warfare including Warzone can earn for free, just for playing the game.

Players can earn new weapons to utilize during the course of Season Five. Two are available for free within the Battle Pass system for all players:

AN-94 AR (Free Battle Pass System Weapon) – A cutting edge 5.45x39mm Russian assault rifle with a unique hyperburst feature: The initial shot of a full-auto volley is followed up by an instantaneous second round before significant recoil is felt. This creates a tightly grouped cluster of shots with increased damage potential. The mechanism is fed by a canted magazine and a reciprocating receiver helps control the recoil.

Level up all of these new weapons to find the best custom configurations for engagements in Multiplayer or Warzone in Gunsmith.

When you purchase the Season Five Battle Pass, you can unlock up to 100 Tiers of exceptional new content, including up to 1,300 COD points (enough to buy the next season’s Battle Pass), and instant unlock – Lerch, the leader of the Shadow Company. Progress through the Battle Pass to earn Operator skins, blueprints, and more.

As you might have gathered by now, the Acropolis National Arena (AKA Verdansk Stadium) is receiving a multitude of new visitors now that the Shadow Company announced their presence in an explosive, roof-based insertion. Time to retool your strategy and rethink your drop plans around this massive super-structure, complete with a pitch surrounded by rows of seating, an additional underground parking structure, a concession stand lobby as well as other multiple interior concourses and field access you can secure and compete to control.

THE TRAIN STATION AND FREIGHT TRAIN

The stadium isn’t the only large-scale location getting interior access; the ornate and imposing Verdansk Train Station is also open for Operators. The station buildings feature a number of inside locations to explore; all linked to the main ticket hall and platforms. This significantly changes the overall look, feel, and tactical outlook in and around this area of the Warzone map.

A hulking freight train is on a path of destruction, and it’s up to you and your fellow Operators to use this locomotive behemoth to your tactical advantage! The train rolls through one of the main arterial railroad tracks that circumnavigate the southwestern part of Verdansk in a large loop. It can be a source of protection, an epicentre of firefights, and even offers some exceptional takedown potential if your team claims the train for themselves, and guards it with additional vehicles and heavy weaponry.

A rundown of the full Call of Duty Warzone and Modern Warfare Season 5 patch notes can be found below:

Need to take down a troublesome sniper? During past navigations through multi-floored building interiors (usually located in downtown Tavorsk District), you may have clamped onto a vertical zip line inside an elevator shaft to gain quicker access to the top of the structure. Now you can expect additional and strategically positioned Exterior Ascenders dotted throughout Verdansk. These will primarily be attached to the exterior of taller buildings, enabling you to gain a tactical and height advantage from a different angle, and with more haste than ever before.

This condenses the craziest parts of the main Battle Royale mode into faster-paced chunks of chaotic and almost constant combat. Mini Royale lowers the number of Operators sent into Verdansk but quickens the BR experience: Only the first and last five minutes of a normal BR game exist meaning rapid deployment, constant movement, and high-kill strategies are set to yield victories that are both short and sweet.

The weaponry you discover lying on the ground or in Supply Crates has been meticulously updated to potentially provide new pre-Loadout Drop weapon tactics for your squad. Expect eight Common, 13 Uncommon, 15 Rare, 19 Epic, and 25 Legendary variants to find throughout Verdansk.