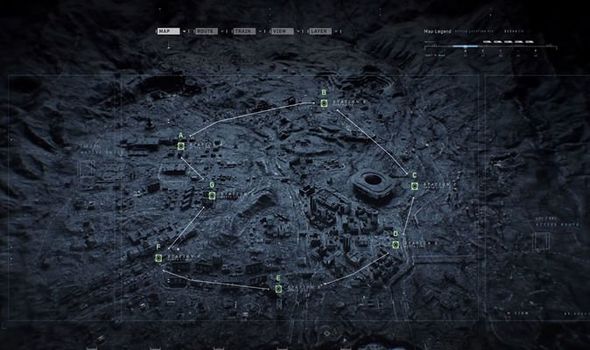 Activision has only just started teasing their plans for Call of Duty Modern Warfare Season 6, including its official release date. For anyone who was in any doubt, COD Warzone and MW Multiplayer will receive a big update on September 29, 2020. And based on previous launches, we wouldn’t be surprised to see developers Infinity Ward launch the patch at around 11pm PT, on September 28. We’ll learn more about the updating logistics closer to the time, and we only have a smidge of new regarding what is coming as part of Call of Duty Season 6.

Officially, Activision has only confirmed some of the new items that will be available in the Battle Pass.

But there are rumours that more map changes are being planned for Warzone during Season 6.

Today’s Season 6 trailer laid how the new subway system will work around the Verdansk map, confirming an earlier report.

Most Warzone gamers will have already spotted these locations on the map and it will be interesting to see how they change the way gamers build towards the final circle.

There have also been rumours that a Zombies mode is coming to Warzone, although it’s unclear if this will be happening during Season 6.

From what has been shared so far, players will be tasked with defending certain points on the map and will also have to deal with downed players coming back as Zombies.

Consuming other players will help you respawn, although a buyback option is also expected.

We also know more about what new operators will be available to unlock via the Season 6 Battle Pass, with Activision revealing this new fact file:

“Farah – This occupation must end. That we can all agree on, yes?”

The founder and Commander of the Urzikstani Liberation Force, Farah, grew up a fighter after surviving imprisonment by Roman Barkov. She’s an exceptional soldier and leader that’s known a lifetime of war. Her skills have been further honed with additional training with the SAS, and she’s led dangerous missions to fight off Al-Qatala forces and other regimes stationed in her country.

Following the events of Campaign, Farah joins the Chimera of the Allegiance reuniting with Iskra, a former scout of hers. Farah is instantly unlocked at Tier 0 of the Season Six Battle Pass.

In addition to Farah’s base skin, players can earn additional skins and other rewards by completing her Operator Missions.

Nikolai is the leader of the Chimera, a PMC within the Allegiance. A long-time friend to Captain Price, Nikolai initially worked with Price, Kamarov, and Kate Laswell to build the Armistice to stop the rise of a new AQ. After the Armisitice collapse, Nikolai now takes the battle in his own hands to stop Zakhaev.

Nikolai is a Russian patriot at heart with a deep love for his country only matched by his love for weaponry. He’s known as a fixer and can acquire most anything, anywhere. Despite his murky background, he’ll always choose what’s right when it counts. Nikolai can be unlocked at Tier 100 of the Season Six Battle Pass. Players can complete Operator Missions to earn additional skins for Nikolai and other rewards.