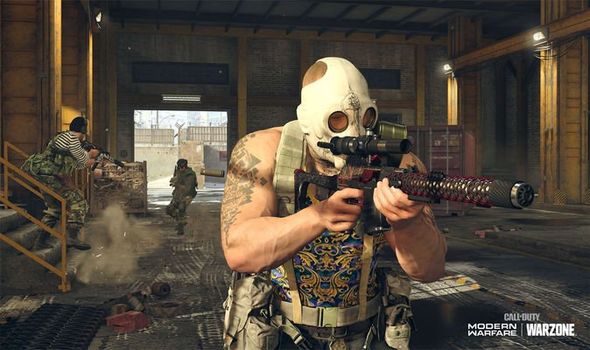 Plenty has changed in Call of Duty Mordern Warfare and Warzone since Season 6 was launched but not all of it is good. New ways to jump around the map have been added via the new Subway stops, and these can also make it possible to escape an aggressive storm. We also have new weapons to wield, which are available for free via the Season 6 Battle Pass.

But fans have also noticed a big problem with one of these new additions, and it’s causing big problems in Verdansk.

The Bullet Penetration available on the AS VAL is making it possible to shoot through walls in ways that leaves players with little cover.

Combine this with a snapshot grenade and it’s making a combo that’s pretty tough to spot in Warzone.

One user pointed out online following footage of the AS VAL in action: “So I used snapshots before they were cool (I found them way more effective then heartbeat since even if they have the perk that counters it you know someone was hit by it) and loved using them to storm a building.

“Using them with this just seemed like a natural evolution. Even of half the time my teammates marking them does the job anyways.

From what has been shared so far, players are able to shoot through walls without much in the way of bullet damage reduction, making for some strange and frustrating encounters.

The good news is that while this new Assault Rifle expoint is now available in-game, you need to reach Tier 31 to unlock.

This probably means that at least some gamers haven’t gotten hold of one yet across PS4, Xbox One and PC.

The description for the new ‘AS-VAL’ Assault Rifle reads: “This rare Soviet assault rifle is chambered in subsonic 9x39mm ammunition and comes pre-equipped with an integral suppressor.

“Paired with the weapon’s high rate of fire, the AS-VAL is ideal for those seeking stealth and accuracy in a highly configurable weapon.”

The good news is that a new Call of Duty patch is expected to arrive this week, meaning there is a chance of a quick bug fix being deployed.

It should be noted that developers Infinity Ward has not mentioned a plan for fixing this exploit yet, so fans may have to wait longer for it.

But with Tuesday the usual day for hotfixes to be deployed, gamers will want to keep an eye out for patch notes.

Activision usually shares news on what playlist changes and cosmetics are being released beforehand, so we may get a preview of the next patch in the coming hours.

It should be noted that more free updates are being planned for Modern Warfare that have been confirmed.

The Haunting of Verdansk event is kicking off around October 20, with more news expected in the coming weeks.

A message from Activision teases: “With Halloween approaching, the Store is set to stock up on a wide variety of blueprint and Operator bundles.

“Leading off the Season, expect the ‘Undead Forces’ Store bundle to bring a faithful, undead companion into the fray with a new Finishing Move, and a new Operator Bundle for Velikan that gives him an even more dark and foreboding set of armor.

“Later in the Season, prepare for more Tracer Packs, an Operator pack that continues the gold-plated trend of flashy skins, and even a couple of Halloween surprises as the nights grow longer and the more twisted games begin.”