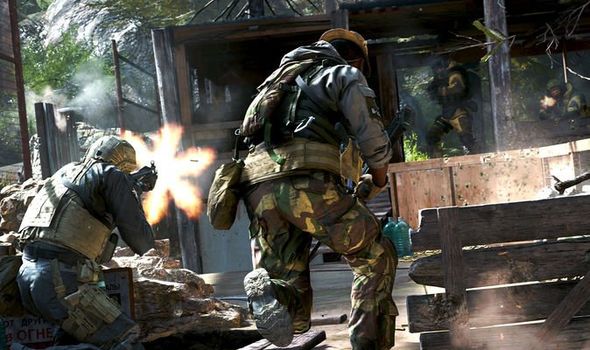 Another big Call of Duty Modern Warfare update is launching on PS4, Xbox One and PC.

The news was confirmed by an official Infinity Ward Community Manager earlier today, and it sounds like it will be much bigger than patch 1.09.

According to the latest news, patch notes for the next big COD download will be long and will, therefore, contain more fixes.

Included in this will be changes to the challenges system currently available in Modern Warfare.

The next Modern Warfare update has also been confirmed to contain weapon balance changes, among other tweaks.

However, there has been no word on whether new content will be bundled with the big Modern Warfare update.

According to the game’s Community Managers, patch 1.09 was pretty small and will be followed by another in the coming days.

We don’t know when exactly this new update will drop, or how long it will take to download.

But it sounds like it will have plenty for COD gamers to look over when it does appear.

A message from the COD Community team explains: “What went out today was a patch.

“We have an update coming out in the next few days that includes fixes to perks, private match options, weapons, and more.”

Another message adds: “Finalising notes for “the big update” you all keep asking about. Notes are a little over two pages long. Lots of good stuff in here.”

If infinity Ward continues to follow their release schedule for Modern Warfare, we could get the patch notes before the update arrives.

And this should provide plenty of guidance on what fans can expect to have changed in the latest build.

As mentioned above, this new update should arrive for all Call of Duty Modern Warfare gamers at the same time.

And that should be regardless of whether they are playing on PS4, Xbox One or PC.

Activision has already confirmed that more cosmetics will be added to the game slowly over time, telling fans in a recent update:

“Every weapon in the game can be equipped with camouflage, a layer of paint that gives it a cool, yet tactical, aesthetic. Some weapons can also have charms and stickers, which add additional layers of flair to your loadout.

“These can all be accessed through Gunsmith via the Loadouts menu; just tab over from the attachments section for all these customization options.

“As an example, we’ve shown the ‘Hot and Cold’ camo, which can be equipped by players who purchased the Call of Duty Endowment Defender Pack.

“There are currently over 100 camo patterns that can be earned and even more that will become available at a later date.”

However, there is no indication that the new COD update coming out soon will contain any new content.

As revealed in the last patch notes for update 1.09, Infinity Ward is still putting a lot of effort into fixing some of the weapons available in-game.

The 725 Shotgun was one of the weapons nerfed in the latest changes and further tweaks could be confirmed for the next patch too.