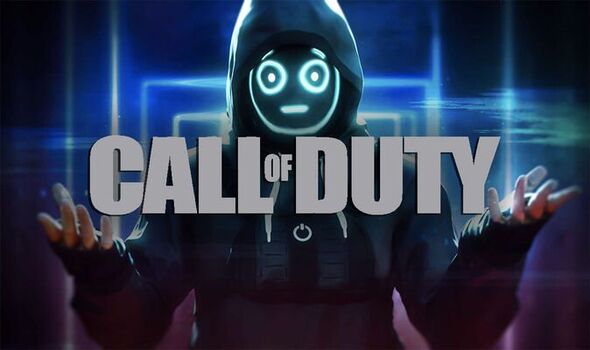 Call of Duty fans are counting down to the start of Vanguard and Warzone Season 4. Titled Mercenaries of Fortune, Call of Duty Season 4 has a June 22 release date and a 5pm BST UK start time. The headline new feature for Warzone players is the addition of the Fortune’s Keep Resurgence map, which will be available alongside Rebirth Island. Fortune’s Keep points of interest include the Winery, the Keep, Smuggler’s Cove and Town.

Speaking of Warzone maps, Caldera will also receive multiple changes, including a reduction in foliage.

The Storage Town POI makes a return, alongside micro points of interest, new bunkers and a selection of new items.

As for Vanguard, fans of Call of Duty WW2 will be pleased to hear that the USS Texas 1945 map is making a return. The map features plenty of close-quarter action, both above and below deck.

New Vanguard game modes include the classic Blueprint Gun Game, which tasks players with scoring the first kill with each of the provided weapons.

Then there are the new Operators, including Carver Butcher and Callum Hendry, followed by Ikenna Olowe in the mid-season update.

Speaking of mid-season updates, The Terminator will make an appearance later in Season 4.

Check out the patch notes below for the lowdown on what’s new in Season 4 of Zombies. 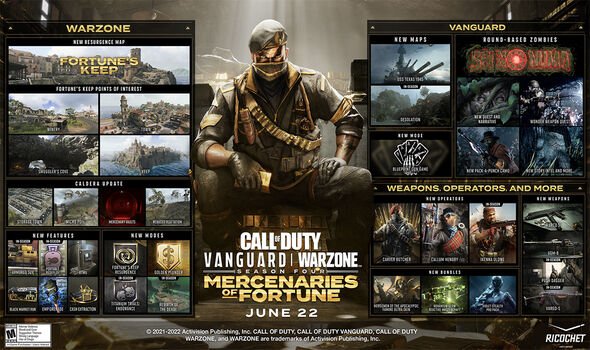 • Round-Based Zombies returns with Shi No Numa on June 22nd.

• Starting at round six, Wall Buys will have a chance to increase in Pack-A-Punch level every round and all the way to level 3 at higher rounds.

• The odds to increase in Pack-A-Punch level improve every five rounds until all available Wall Buys become level three.

• A new area to explore… uncover its secrets.

• New Story Quest is available in “Shi No Numa” on June 22nd.

• New narrative intel is available in “Shi No Numa” to advance the Dark Aether story.

– New Season Challenges available at the start of Season Four.

– Available via Wonder Weapon Quest in “Shi No Numa”

– UGM-8 and Marco 5 available in Zombies loadouts once unlocked via the Season 4 Battle Pass.

– New Weapon Unlock challenges added to Zombies for the M1916 and Nikita AVT.

– Fixed an issue where Dark Aether Tracer Rounds were not displaying when using the Accursed blueprint for the Welgun.

– Now returns ammo based on a percentage of ammo used when obtaining a critical kill.

– Now refills ammo at a speed based on the size of the weapon magazine.

– Players are awarded a Sacrificial Heart every three rounds in round-based modes.

– The Altar of Covenants inventory is refreshed every three rounds in round-based modes.

• New camos available at the Pack-a-Punch machine in “Shi No Numa.”