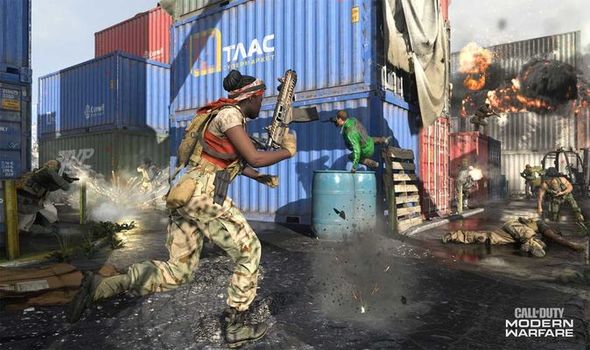 Fans of Call of Duty will have noticed a lot has changed recently including the fact that Warzone Rumble is gone as an option.

Modern Warfare gamers have seen the release of the new 200-player Quads Mode, which is likely to prove popular with gamers.

And it appears that developer Infinity Ward has made a few extra changes tonight to make it easier to find.

A message from the COD team explains: “A quick playlist update is going out now across all platforms that moves the BR 200 Quads playlist out of the sub menu and onto the main page in Warzone.”

This should make it much easier for everyone to find and it should be noted that Warzone Rumble has not been demoted from the main page.

With this update, Verdansk will now be able to hold up to 200 players in Battle Royale Quads.

That means 50 Quads of Operators fighting each other and the encroaching circle collapse.

For those missing it, Activision has not confirmed how long Warzone Rumble will be gone from the game on PS4, Xbox One and PC.

It proved a popular addition and that might explain why it was available to play for so long in Warzone.

While Warzone Rumble is now gone, players can enjoy some of the new content available during Season 4.

This includes the Rytec AMR, which is an anti-material rifle listed within the greater sniper rifle category capable of ripping through enemy equipment and vehicles.

While this new weapon is now available in-game, Warzone and Modern Warfare players still need to unlock it.

To unlock the Rytec AMR, players need to get three Quickscope Kills using Sniper or Marksman Rifles in 15 different matches.

Activision has provided these tips for completing the challenges across PS4, Xbox One and PC:

5. Marksman or Sniper Rifle? Sniper rifles have a more forgiving damage profile, allowing for one-shot kills at greater distances and, in some cases, below the upper chest.

However, marksman rifles are more mobile and make it easier to quick scope, at the cost of it being harder to land a reliable one-shot kill outside of a headshot.

In summary, choose the weapon type – and more importantly, specific weapon – that fits your skill and comfort level.

4. Quickscoping 101. If you don’t know what quick scoping is, it’s simple: run around, acquire target, aim down sight, fire quickly, and repeat until you get three kinds of these kills in a game to tally one up for this challenge.

3. Stick to Multi-Life Multiplayer and Warzone Modes. Like the Kali Sticks challenge, multi-life game modes allow you to quickly rack up opportunities for quick scope kills. In other words, if that 900 reload cancel double switch fakie off the tower in Rust doesn’t work out, you can respawn and try, try again.

2. A Montage-Worthy Loadout. Now that you figured out what weapon you’re most comfortable with and how to quick scope with it, here’s a recommended loadout we have for this challenge, keeping in mind you should use a loadout that’s to your personal preference:

1. Reconnaissance is Power. Whether it’s running Recon Drones and UAVs on your own or playing with squad that makes reliable callouts and uses these recon tools religiously, the more intel you have on enemy movements, the more information you have to set-up your quick scoping trap.