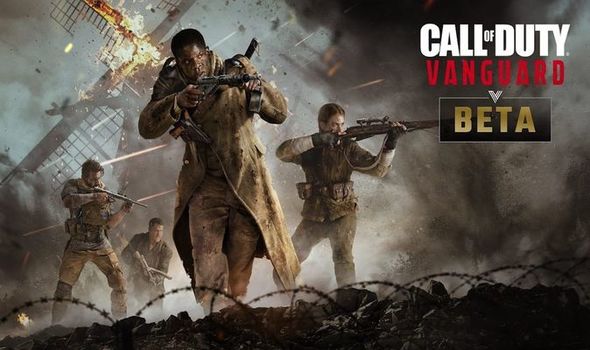 The Call of Duty Vanguard PlayStation beta takes place this weekend, but only on PlayStation.

Exclusive to PS5 and PlayStation 4, the first of two Call of Duty Vanguard beta tests runs from September 10 until September 13.

The Vanguard beta has a 6pm BST UK release time, so there’s not long to wait before the action goes live.

Unfortunately, however, this weekend’s Vanguard beta is only available to fans who pre-order the game.

If you want a code for the Vanguard beta, you’ll need to pre-order the game either online on the PlayStation Store, or at retail.

The PlayStation Store version is currently available for £69.99, while the retail edition can be purchased for £59.99 at select stores.

If you want to play the Vanguard beta on Xbox Series X, Xbox Series S or Xbox One, you’ll need to wait until next weekend.

The second beta period will be open to all players on all platforms, so check back next week for all the details.

One other thing that’s worth pointing out is that this weekend’s PlayStation-only beta is available to pre-load now.

While the file size isn’t actually as big as you’d think, it’s still worth pre-loading the beta early to ensure you get the most out of the beta period.

In terms of content, the Call of Duty Vanguard beta will spotlight the new Champion Hill tournament mode.

Champion Hill made its debut during the recent Alpha test. It’s described as a multi-arena survival tournament, “where tactics and strategy combine with quick-action, close-quarter gunplay”.

Players will be able to rank up to level 30 during the beta, and there’s a special bonus for anybody who reaches level 20.

Reach level 20 during the multiplayer Vanguard beta and you’ll receive a bonus Weapon Blueprint for the full game in November.

Similarly, weapon XP will be capped at level 30 in the beta, while Operator XP and Clan XP will only be available when the game launches this year.