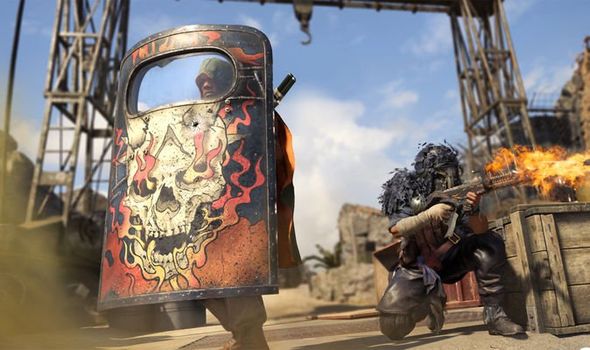 Activision has confirmed that Call of Duty Warzone servers will be going down today to make way for the large Caldera map update.

And unlike past Seasonal releases, this upcoming patch will make some fundamental changes to the game.

The biggest is that a brand new map will be released called Caldera, which will be on the same scale as Verdnask.

While the game’s original map has been updated and changed throughout the years, there has never been a map released on the same scale.

Caldera is described as: “Comprising 15 huge, distinct areas to explore and fight across once Operation Vulcan begins. There are also hundreds of lesser points of interest to investigate and use to your tactical advantage.

“While Operators aren’t getting their sea legs in Caldera, they are now able to wade through shallow water seen in areas like the Lagoon. Walking within water makes it harder to see footsteps, even to those Operators with the Tracker Perk equipped.

“Crouch in knee-high water, and you gain the effects of Cold Blooded, but you cannot go prone. Speaking of science, fire-based equipment now causes smoke when it hits the water, adding a new layer of tactics when traversing through open shallow pools.”

HOW LONG ARE WARZONE SERVERS DOWN?

Activision has confirmed that Call of Duty Warzone servers will go offline at 5am GMT on Wednesday, December 8.

For gamers in North America, that means downtime will start at 9pm PDT on the previous day.

While this is going on, the big Caldera map update will be released and will likely be available to download.

Activision has also confirmed that Warzone servers will be down until 5pm GMT, meaning maintenance will last a total of 12 hours.

It should also be noted that PC players will have to download a new anti-cheat system to keep playing.

As part of the Season One update, RICOCHET Anti-Cheat will deploy a new, internally developed kernel-level driver on PC to identify cheaters in Warzone.

A message from Activision explains: “Rise on a new front and discover this secret in Season One of Call of Duty: Vanguard and Warzone Pacific, a massive island-sized introduction to another incredible year for Call of Duty — complete with free weapons, maps, Operators, and more content, especially for Vanguard owners.

“Season One will begin on December 8, following updates to Vanguard and Warzone. Vanguard’s update is scheduled for December 6 at 9 PM PT. Warzone will schedule its update for when it shuts down its servers from December 7 at 9 PM PT to December 8 at 9 AM PT to prepare for Warzone Pacific.”

As noted above, early access for the Caldera map will start at 5pm GMT on December 8 for those who own Vanguard.

For those who don’t purchase the new COD game, you will still be able to play the Rebirth Island map until early access ends on December 9.

This also provides the time for when the Verdnask will end, with Activision confirming that 5am GMT on December 8 will be when the map is wiped from the playable servers.