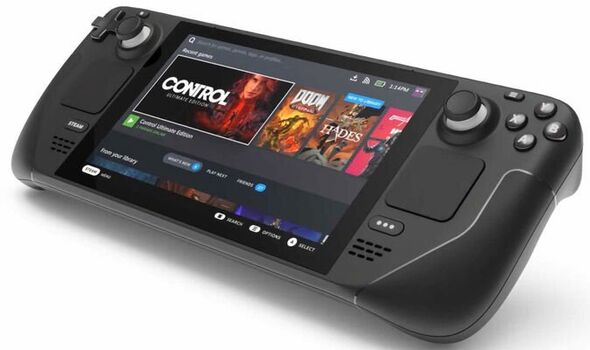 Steam Deck fans that are eager to play PC games on the go as soon as possible have another option instead of getting in the queue to order the out of stock Valve handheld. At the moment, if you want to get a Steam Deck you’ll face a wait of a few months – with any orders you place now expected to be fulfilled between October and December of this year. One alternative to the Steam Deck is the Ayaneo Air – which is an Indiegogo funded handheld.

The Ayaneo Air will begin shipping at the end of August, with prices from £414.

The crowd-sourced handheld – like the Steam Deck – lets you play PC games on the go.

However, there are a few key alternatives – firstly, the Ayaneo Air comes with Windows 11 installed by default, whereas the Steam Deck has SteamOS loaded onto it.

This will help open up the Ayaneo Air to playing even more games from a variety of different online stores.

Also, one of the other big draws of the Ayaneo Air is it comes with an OLED screen – whereas the Steam Deck has an LCD display.

This is same amount of RAM as the Steam Deck and the same storage as the top-end Steam Deck.

But there are some important things to point out – the Steam Deck is a much larger device, boasting a seven inch display whereas the Ayaneo Air has a 5.5inch AMOLED display.

And, as YouTuber Modern Vintage Gamer pointed out in hands-on test, the Steam Deck offers better gaming performance thanks tp its RDNA 2 architecture.

Speaking about whether its worth picking up the Ayaneo Air, MVG said: “I think it’s a solid device and a pretty good handheld – let’s be clear though this is a system that’s weaker than the Steam Deck which is the more powerful product.

“But at the end of the day I think those of you who might be interested in the Air are looking for a smaller form factor, a handheld that you can easily fit in your product and with that amazing OLED display it’s really the icing on the cake.

“The Air model is priced at $500 and that is not cheap but you do get a tonne of value for money here. If you go into this purchase knowing that this device will handle indie games extremely well and some triple A games at low settings and offer an above average emulation experience then you’ll be more than satisfied with this device.”

The Steam Deck is available in three different configurations with the cheapest model priced at £349.

If you want to pre-order the Steam Deck then head here, or you can order the Ayaneo Air by clicking here.