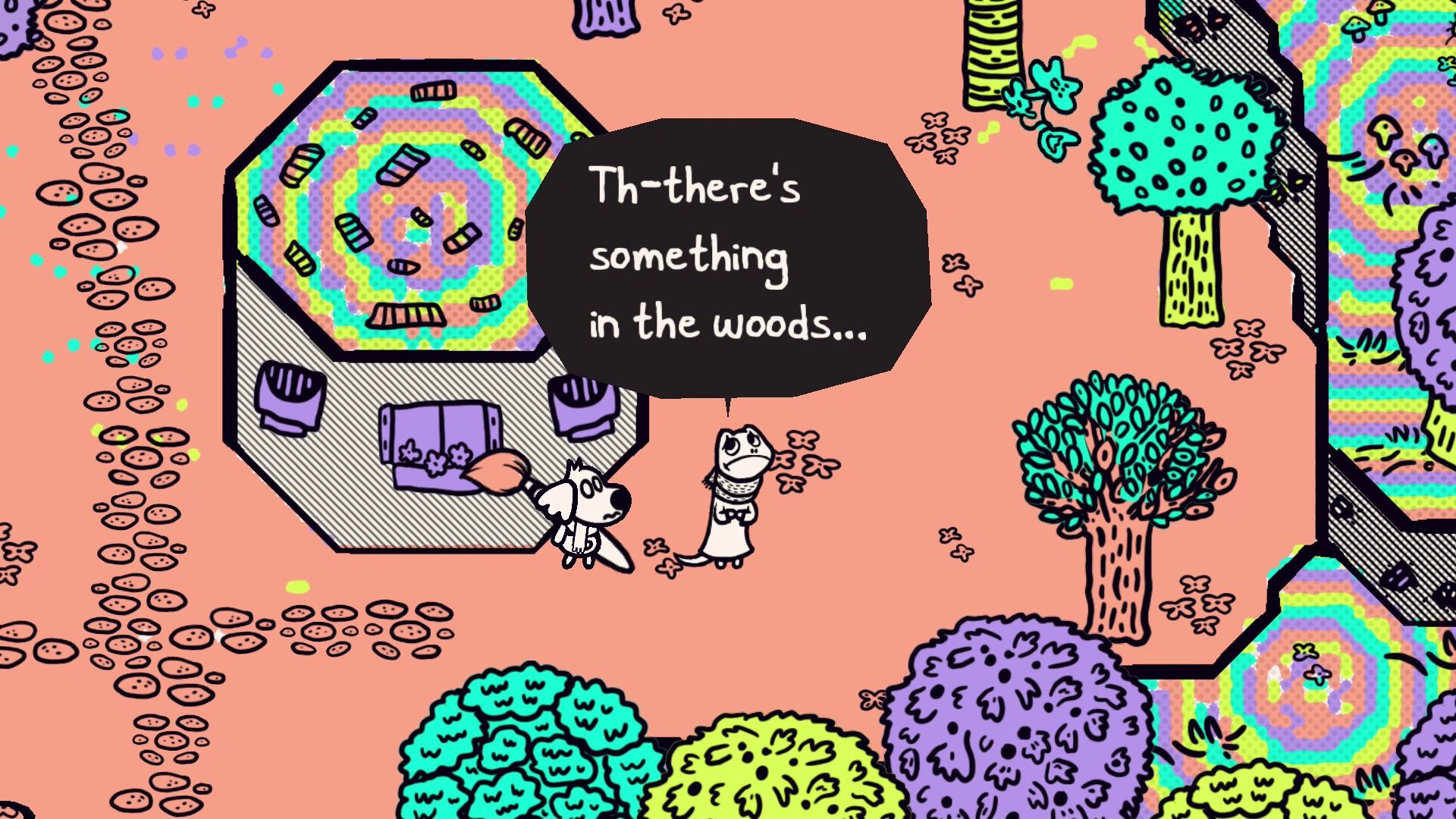 A reader explains the appeal of Chicory: A Colorful Tale and how taking a chance on an indie game opened up a whole new world of gaming.

Mental health is surprisingly well represented in video games, although I suppose given the immersive nature of video games it really shouldn’t be a surprise. It is the medium, after all, where a person literally walks in another’s shoes, so it would seem natural to form an empathetic bond with your avatar.

Games like Spec Ops: The Line, the Persona series, Far Cry 3, and Hellblade: Senua’s Sacrifice all explore the workings of the inner mind, mental illness, perception, self-doubt, and other aspects of mental health. I’m not saying all these games explore it well, but it is striking how often character perception of events being twisted, or the mental state of the characters, are a facet of video games.

With all that said I’m currently playing Chicory: A Colorful Tale and I honestly can’t remember a game that discusses mental health in its dialogue in a more refreshing and honest way.

Chicory is in many ways complete bog-standard indie fare: twee visuals with cute anthropomorphic characters? Check. Lots of acoustic guitar? Check. A development team of five people? Check. Dialogue heavy? You bet your ass check. But that would be doing the game a massive disservice as description.

Chicory is about a caretaker who is thrust into the role of ‘Wielder of the Brush’ the only person who has the capability to introduce colour into the game’s otherwise black and white world. A strange blight has appeared and all colour has suddenly been removed, so you are tasked with getting to the bottom of it all.

In gameplay terms this boils down to colouring in the world, building up your understanding of using the brush so you are able to traverse the world more effectively and using your abilities to explore the world, solving problems big and small as you go.

The game isn’t challenging, and I think it isn’t supposed to be. I found it relaxing to get to a screen devoid of colour and take my time to doodle it in. For me, the challenging parts were the conversations you have, primarily with your mentor, the titular Chicory.

Chicory is both a simple and complex character. She was the previous wielder who bequeathed the bush to you because the pressure of the job caused her to have a mental breakdown. She is amazingly talented and capable, which is a contrast to your rather bumbling protagonist, but she is also completely broken as a person.

At the start of the game she is sullen, uncommunicative and at times hostile, lashing out aimlessly with little care for who she hurts. The relationship between the wielder and Chicory is the emotional core of the game and I found myself drawn into an emotional wringer as we both figured out who we were, came to terms with the consequences of both our actions and made our peace.

This would have been enough for me to recommend the game but over and over again every side character, seemingly initially a shallow cypher, through conversation morphed into real people with authentic concerns and fears. An early event in the game asks you to keep talking to a character after you’ve done the initial conversation to find out what the next stage in your journey is and that advice for me was the main cheat code for Chicory.

Usually that’s when the character you’re speaking to will really open up as to why they do what they do and what they’re scared of. They’ll open up about self-doubt or a relationship they have that either works or doesn’t. Its raw and feels very natural, and thankfully the writing walks that fine line between being engaging without being cloying.

Chicory has a complex relationship with her mentor Blackberry, a stoic, emotionally cold person whose brilliance is only eclipsed by their inability to accept less than perfection. It speaks to the idea that people are moulded by their mentors and how the sins of the father pass to the son. Blackberry is a moral upright person who cannot understand how the world has changed and just wants her apprentice to buck up and deal with it.

The game doesn’t judge Blackberry too harshly, but it does push us to understand what it means to help someone in need and how there is no single right way to deal with things. The impressive thing is that you can empathise with Blackberry’s situation whilst judging the effectiveness of her actions as lacking, and yet also still not think less of her as a person.

I also found that I would almost not fault the actions Blackberry takes based on the information she had. It’s hard to know another person’s mind, all we can do is estimate and try our best.

I know for myself, as a gamer, I am ever more certain of the genre and types of game I like best. Because of this certainty I tend to choose to play those games to the detriment of variety. I took a punt on this game because of the glowing reviews it got from a number of outlets and I guess I just wanted something different. Well, I am happy to report that something different can be a refreshing change to your diet. I’m glad I did, as by the end of the game the catharsis of the central arc was complete and I was happy to let go.