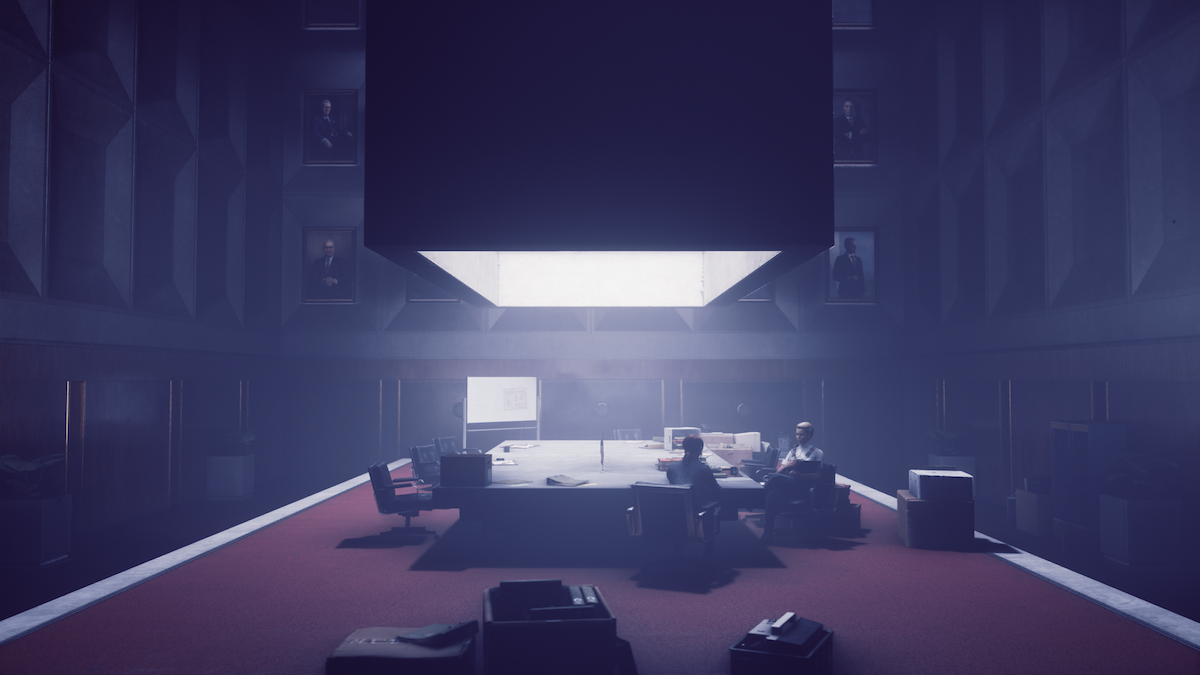 Never is that clearer than with the Janitor that works at the Federal Bureau of Control – where the game is set. Ahti – an older Finnish gentleman with a penchant for talking in riddles and listening to music as he works – immediately baffled us with his friendly disposition and apparently addled mind.

Within two or three lines, we were captivated by him. Despite the clothing, the lived-in office adorned with Finnish travel posters and the remarkable voicework and acting of his character, we didn’t trust him. This guy clearly isn’t just a janitor.

He keeps talking about going on a vacation that isn’t just some exotic jaunt, but clearly some sort of psychonaut experience or something. And he needs your help before he can do that. Between his casual way of talking, his slipping between Finnish and English, and is written like the friendliest uncle in your family, Ahti isn’t just an NPC – he’s a full-on character, a cast member, a part of the ensemble.

And he’s just one other person we met. There’s Jesse herself – through whose internal monologue we learn about the occult goings-on in the world of Control – and there’s Pope, Jesse’s colleague at the FBC.

Though we didn’t hear Pope talk much, you can tell she’s a stern, intelligent woman thanks to the fantastic facial capture and the incredible performance given by the actress. 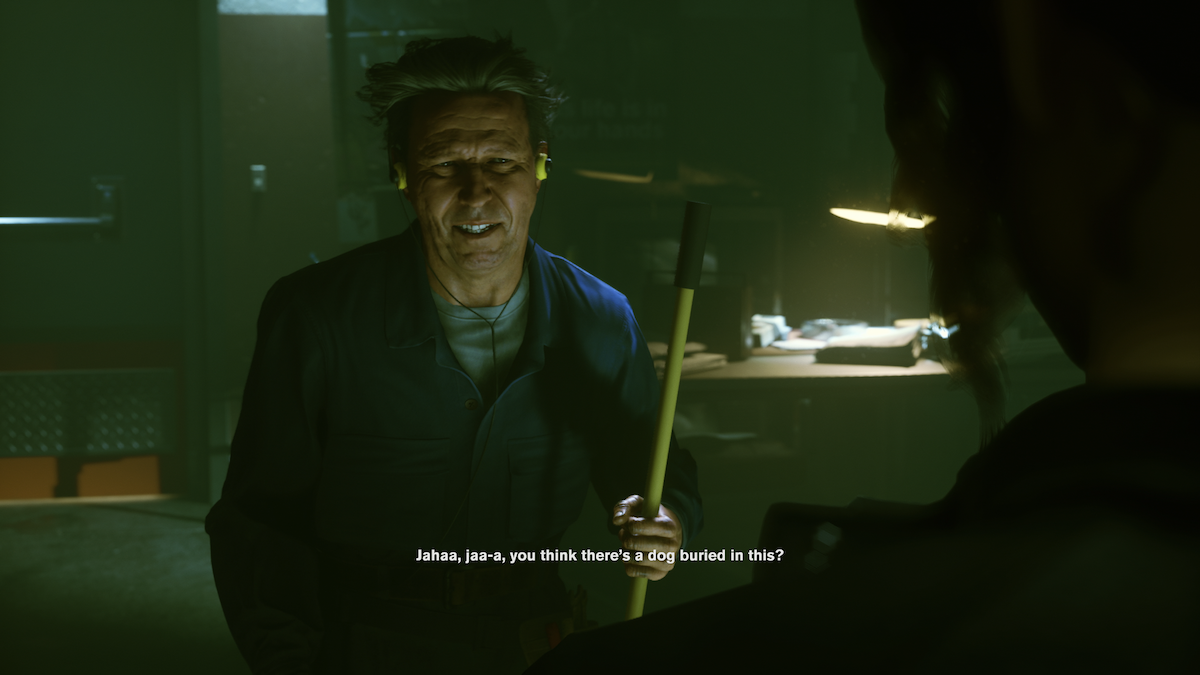 The best stories in games control the tension at all times, ramping it up to keep you engaged and make the gameplay feel important, relaxing it on the offbeat to lull you into a false sense of security, establish the stakes for your next shootout, your next puzzle, your next dilemma.

The way Control paces the tension is artisanal – you can tell Remedy has been building up this game for generations. We only had chance to play about an hour of the title, but between the brutalist architecture of the game’s setting bearing down on you and the superhero-ish powers you’re teased through the fights with, it does third-person action unlike anything else this generation (or last generation, for that matter).

Remedy leans more into combat in this game than, say, Alan Wake, but you’d be forgiven for thinking they’d be honing the system since the studio was established back in 1995. The studio wants you to get into a rhythm with Control – grooving between using your psychic powers to shield yourself, hurl objects at enemies or blink between locations and using your firearms to suppress your otherworldly foes.

It creates a game with a player-directed pace that swings from combat to exploration to story beat seamlessly, mimicking the way the best current-day TV keeps you hooked by drifting from action to exposition to character development and back again.

This cohesion of narrative and gameplay elements in a game done this well, honestly, is rare. It reminds us of The Witcher 3 – punchy, pacey, polished.

Control is something special – the sort of game people will think of when they start listing of staples of the PS4/Xbox One in years to come.

From the moody lighting of Control’s setting to the low-key electronica that thumps away in the background as you explore the Bachelardian corridors and halls that make up the depths of the FBC, Remedy’s commitment to the uneasy, tense aesthetic is commendable.

The way you’re duped into thinking you’re in control (no pun intended) of the tension whilst Remedy pulls the strings is masterful, and if narrative designer Brooke Maggs keeps everything that taut for the game’s full runtime, Control has the chance of being one of those rare games that people will be talking about – and picking apart, beat by beat – for years to come. 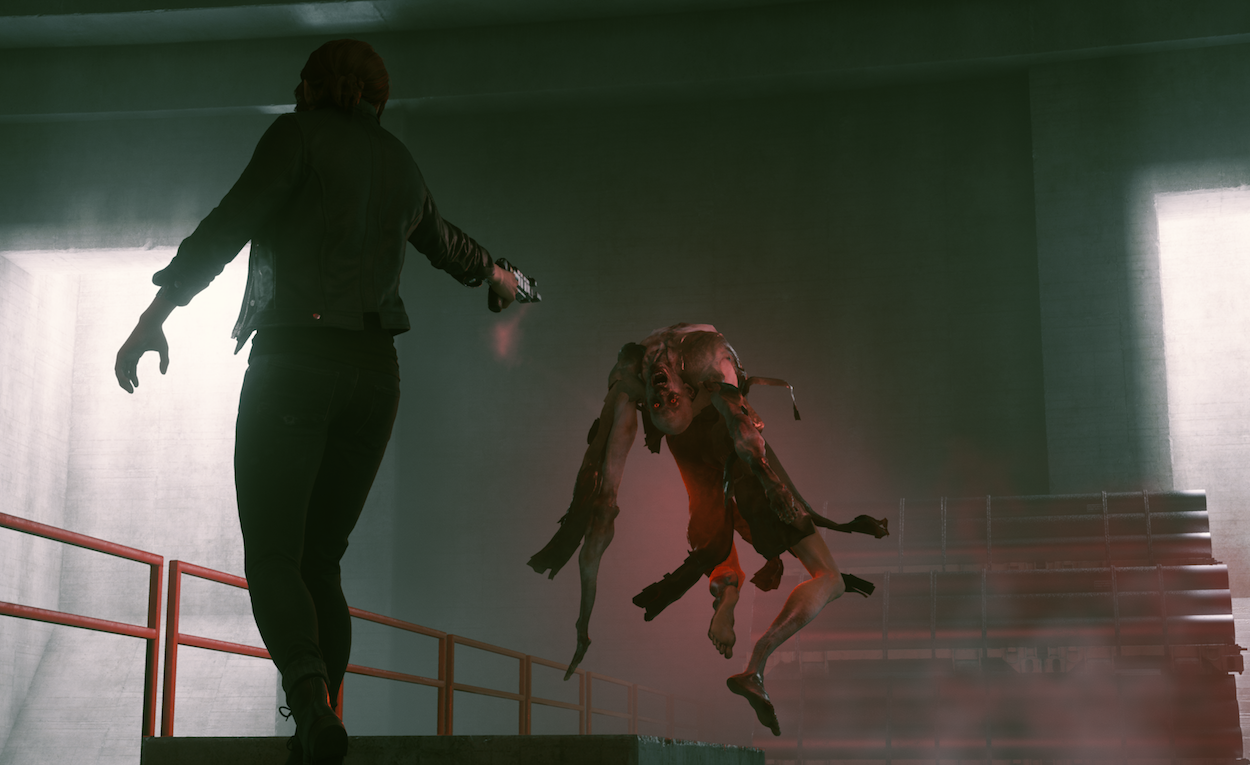