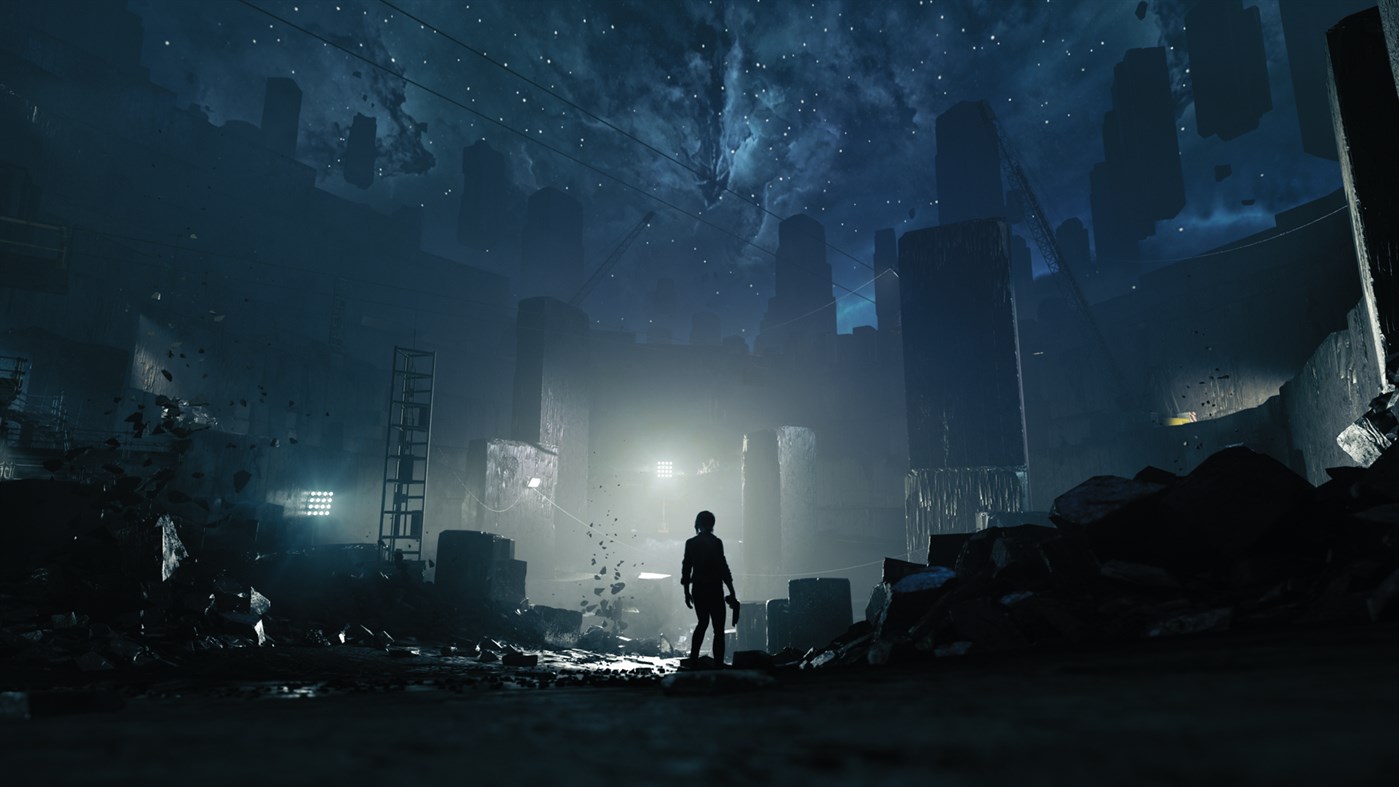 Remedy’s enjoyably odd Metroidvania gets an upgrade for PS5 and Xbox Series X, with added ray-tracing options and better performance.

Control lives in that strange border world between mainstream hit and cult favourite, a game that is well reviewed but not quite a critical darling. Developer Remedy have a similar reputation, lauded by many for their work on Max Payne and Alan Wake, but criticised by some, including us, for their one-note gameplay and clunky storytelling. As far as we’re concerned though, Control is their best game yet and this next gen version is the definitive edition.

You may already be familiar with Control: Ultimate Edition, as it came out last year on PC and last gen consoles. Although the most memorable part of its release was Remedy and publisher 505 Games tying themselves in knots over whether owners could upgrade if they already owned the original game, with Remedy sticking to the rule that you can only upgrade for free if you own the Ultimate Edition – rather than just the base game.

Fan tempers were frayed further when the Ultimate Edition was announced as a free download via PS Plus, with many angry that they’d bought it in advance on PlayStation 4 and hadn’t even had a chance to download it for PlayStation 5 before it was given away for free. Such are the pitfalls of modern marketing but away from all that the good news is that Control is still a great game – and now it looks and performs even better.

You can read our full review of the original version of Control here, but in brief it’s one of the very few examples of a 3D, big(-ish) budget Metroidvania. If it wasn’t for Star Wars Jedi: Fallen Order we’d say the only prominent one of the previous generation. In terms of action, it starts off very similarly to previous Remedy games like Alan Wake and Quantum Break, before adding in superpowers such as telekinesis and flying. The former is particularly impressive and probably the best example of the power ever in a video game.

The setting for the game is the Federal Bureau of Control, with Remedy being heavily influenced by the movie Annihilation (in a very heavy-handed sense when it comes to some of the visuals) and an attempt to embrace the new weird literary genre to create a sort of post-millennial X-Files.

However, despite all the talk about high strangeness, Control can be disappointingly straightforward and predictable at times, at least for a seasoned video game player, and while there are more fantastical elements as the game goes on the all-important boss battles are more memorable as a frustrating difficulty spike than the visual and gameplay highlight that they otherwise would have been.

These issues are not nearly enough to spoil the overall enjoyment of the game, but it is frustrating to be presented with an ‘Ultimate Edition’ like this that makes no attempt to fine tune things. No other next gen upgrade has done anything similar, so Remedy isn’t being lazy, but Control always did feel just a few tweaks away from a genuine classic and so in that sense this can’t help but feel like a missed opportunity.

What the Ultimate Edition does offer though are the two subsequent expansions. The Foundation is a typical slice of story-based DLC in that it offers more of the same but relatively few new ideas. There’s a couple of new powers, a new location setting, and some coy hints about a new storytelling hook but while perfectly enjoyable it’s also eminently miss-able.

On paper the second DLC, called AWE, is more interesting in that it’s a crossover with Alan Wake, essentially starting a Remedy game universe that establishes a shared continuity for both. But while the fan service will please Alan Wake groupies the expansion itself is far less visually interesting than The Foundation and at times is almost indistinguishable from the original campaign in terms of setting and a number of rehashed set pieces.

No game should be judged by its DLC though and while they add little to the main experience they don’t take away from it either. What definitely does add to it is the faster load times (important for the map), smoother frame rates (the original did not work all that well on a base PlayStation 4), and higher resolution options.

They are options though, as you have to choose between performance mode, which ‘targets’ 60fps at non-native 4K or graphics mode which runs at 30fps with ray-tracing. It’s perhaps a shame you don’t get a third option for native 4K and 30fps but the existing improvements are clear and the ray-tracing looks great considering the amount of glass and reflective surfaces in the game.

Good use is also made of the DualSense, with difference surfaces feeling very different when you walk over them, and there’s a generous number of help videos and activity cards which are genuinely useful given the game’s often confusing layout and sometimes vague goals.

While the video game world could probably do with significantly less sequels as a rule, for Control it seems all but essential. It’s already on the cusp of greatness and with a tighter story and a less bumpy difficulty curve a follow-up could become something truly special. For now though you’ll just have to make do with the original but slightly better.

In Short: The best version of Control so far, that makes good use of the PlayStation 5’s features and leaves plenty of hope and anticipation for a future sequel.

Pros: The superpowers and gunplay are excellent, as is the destructible scenery. Ambitious, if not wholly successful, narrative. Game runs great at 60fps and looks fantastic with ray-tracing.

Cons: Predictably, there are no major changes to the game itself. DLC is novel but inessential.