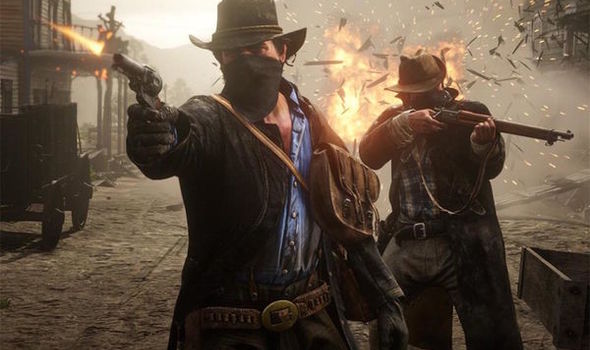 Black Friday may have come and gone, but thanks to Cyber Monday there are still plenty of savings to be had – and Amazon is offering one of the best value PlayStation 4 bundles we’ve seen.

The retailer is offering a 500GB PlayStation 4 console, with five of the biggest games of the console generation – Horizon: Zero Dawn (with included add-on content), The Last of Us Remastered, Uncharted 4, Red Dead Redemption 2 and Grand Theft Auto 5 for just £229.99.

If you consider the console with the first three games retails for around £200 (which is already a bargain, marked down from £270), you’re getting Red Dead Redemption 2 and Grand Theft Auto for around £30.

In fact, if you pick up this bundle, you could conceivably not need to buy another game for the next year until PlayStation 5 launches.

GET THE DEAL HERE

All of this doesn’t matter if the games aren’t good, but the five on offer here are truly excellent. Horizon: Zero Dawn is an open-world adventure that takes place in a post-apocalypse where the world is overrun by machines. Players take control of Aloy as she works to discover the origins of the savage land – and her own history. Check out our review here.

Uncharted 4 is the final outing for Nathan Drake (at least for now), and this time he’s after lost pirate treasure. This globe-trotting adventure is full of memorable moments and characters and offers a surprisingly enjoyable multiplayer mode as well. Check out our review here.

The Last of Us was widely regarded as one of the PlayStation 3’s best titles, so much so that Naughty Dog ported the game to PlayStation 4 and made it look even better. The Last of Us Remastered is a harrowing journey across America in the aftermath of a horrific outbreak, as players take on the role of Joel, a man tasked with protecting Ellie – a young woman who could hold the key to humanity’s survival. The sequel launches next year!

GTA 5 likely needs no introduction, offering an incredible port of last generation’s most popular game while adding in new multiplayer content seemingly weekly, along with an exciting new first-person mode. Its single-player content remains a joy to play through, but the real meat is to be found in GTA Online – and this version offers a cool $1 million of in-game cash to get you started.

On the subject of Rockstar Games, their follow-up to GTA 5 is Red Dead Redemption 2 – a game that has won plenty of awards for its long, emotional campaign. The story of the Van Der Linde gang’s journey across the US as the time of outlaws draws to a close, Red Dead Redemption 2 is one of the greatest games of the last decade. There’s also Red Dead Online, meaning you can live out your cowboy fantasies until the cows come home.

Black Friday may have passed, but we’ve still got plenty of deals ~