Cyberpunk 2077 is a game full of distractions, actions, and commotions. This sensory overload is already evident when taking a stroll down the street. When in combat, the muzzle flashes, grenades, and bullets from every direction all amplify the overwhelming environment. So how do you line up a good shot when all this is going down?

The easy answer is that you don’t. Trying to get off the perfect headshot during a hailstorm of deadly projectiles will mean taking more damage than the damage you cause. This is why smart weapons are around, to help mitigate standing around and trying to aim perfectly. Some of the guns leave a lot to be desired, but when you find that perfect smart weapon for you, odds are good that you’ll probably never go back. 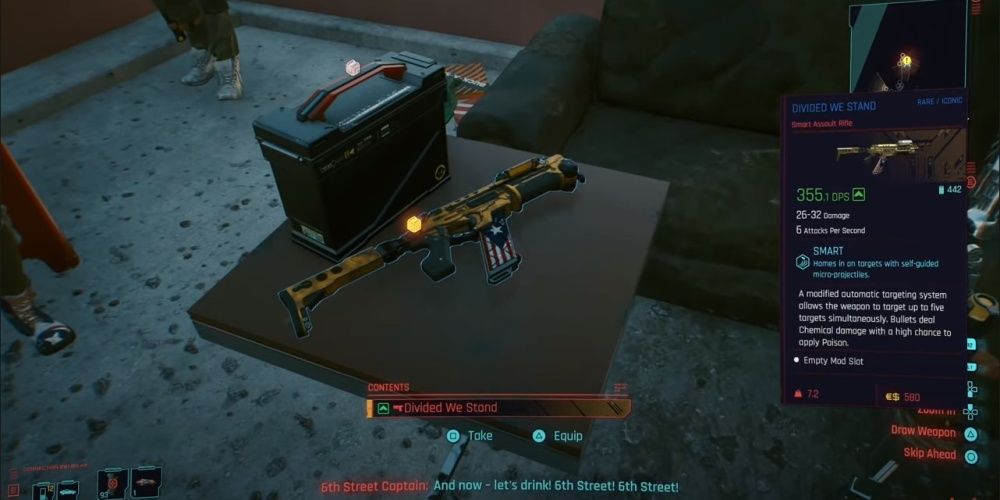 With a chance to poison and the ability to target up to five enemies at a time, how could this smart assault rifle not be amazing? This is not to knock the poison, it’s great against organic targets and due to the number of bullets fired, odds are in your favor of the target getting this status effect on them.

But comparing the stats of this gun to every other unique smart gun, it has the lowest overall DPS by far. If you really like the automatic nature of the weapon, do yourself a favor and grab one of the two submachine guns on this list, you’ll notice an instant upgrade. The gold gun with the NUSA flag on the grip is iconic enough, but it’s all sizzle and not enough steak. 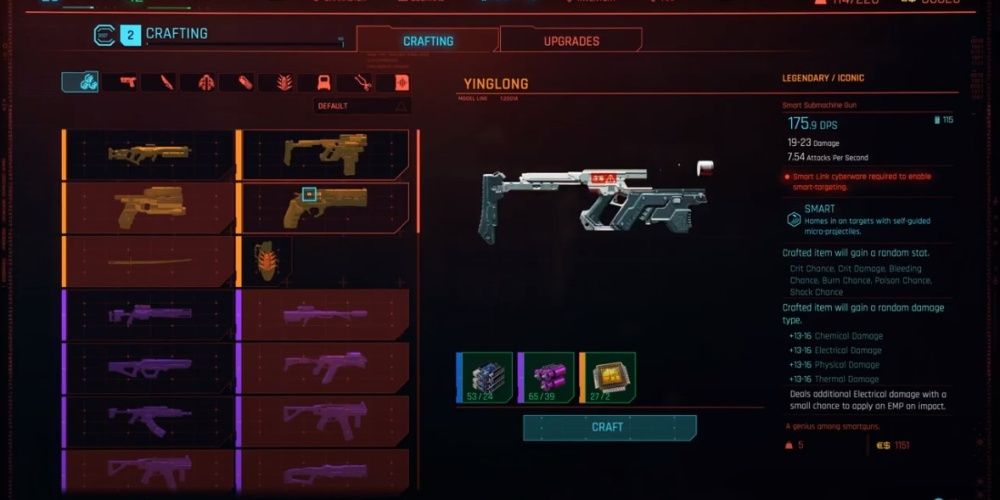 What is the biggest drawback of using a submachine gun? The inaccurate kickback. The smart modifier removes this drawback and so you’re left with a gun really ready to do some serious damage in combat. The shock chance seems low, but the unrivaled quantity of bullets essentially guarantees that it happens after emptying every single clip.

The EMP and electrical damage are superior against robots, so while other guns higher up on this list might have more versatility, keep this in your toolbox whenever inorganic machines threaten you. You’ll knock out their systems and push them down like a sack of hammers. 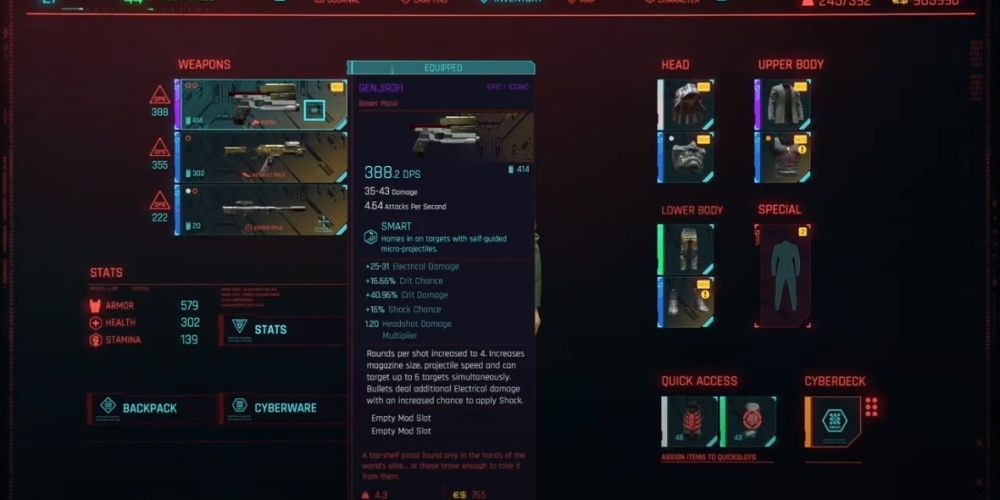 No other gun on the list has as many modifications as the Genjiroh. The electrical damage and shock chance both keep organic enemies locked down and it dispatches any robotic enemies in the opening wave of fire.

The gun would be ranked higher, but the modifications actually provide a couple of sneaky penalties. Firing four bullets at once dries out the gun fast, even with an increased magazine size. And targeting six enemies at once is actually a bit too many, it spreads out the damage too evenly instead of killing one after another. Still, it’s a solid choice for almost any build. 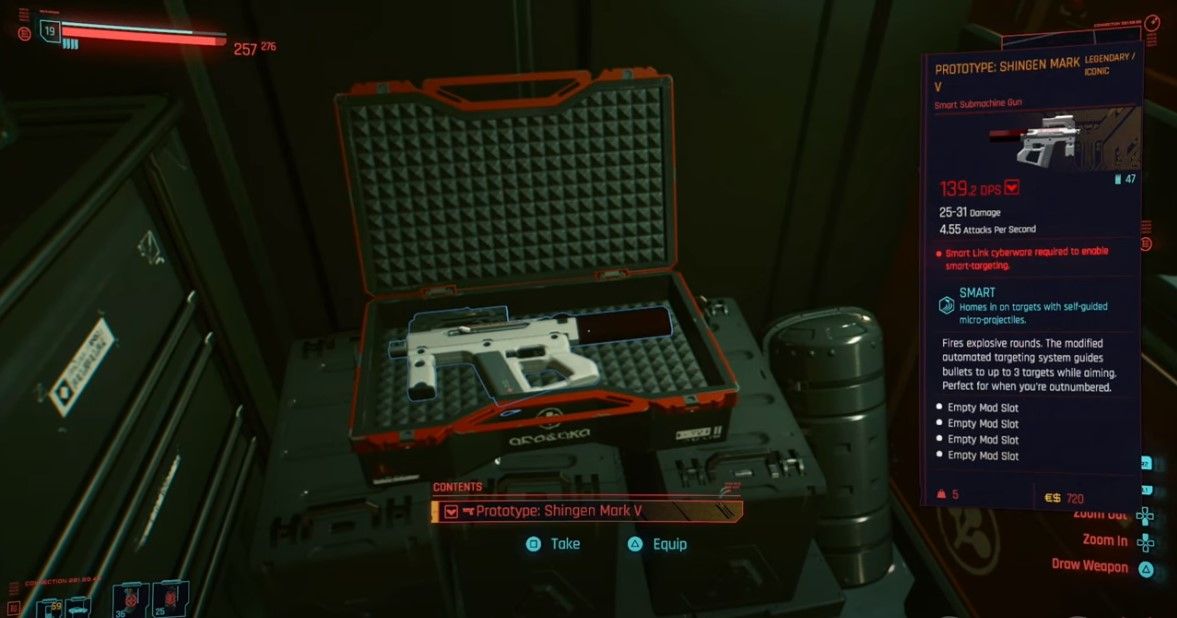 The rapid-fire nature of this gun will give you the feeling of shooting off a bunch of small grenades. And if you time out how quickly the enemies go down, that visual image is not all that far from the truth. Explosive rounds really knock enemies around, so using this against a single target means you don’t even have to take cover because they won’t be able to function. 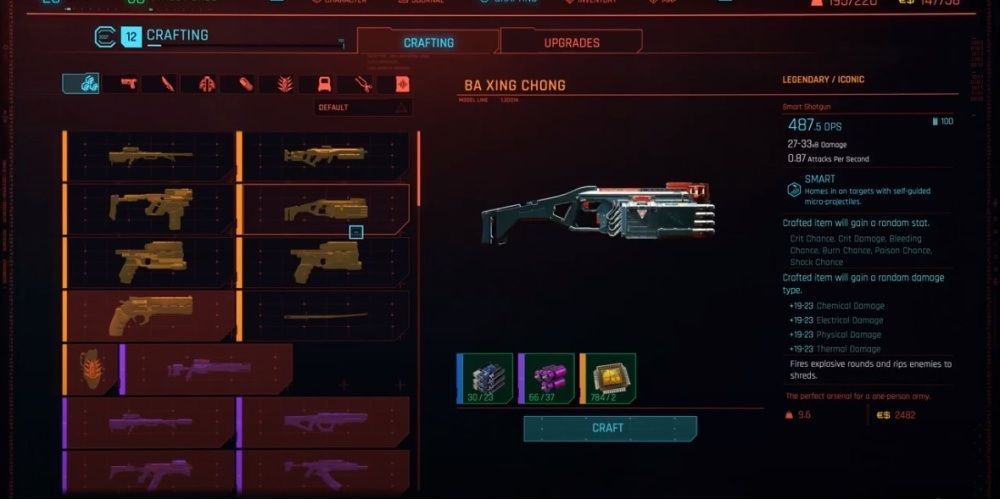 Shotguns have been underwhelming in Cyberpunk 2077, but the smart ability takes away their biggest drawback. Every single pellet will find its mark, thus expanding both the range and damage of this weapon. It’s nice to use a shotgun that feels like it actually has enough kick.

Additionally, the iconic nature of this weapon has a chance to knock down enemies hit by it and because it fires so many projectiles at once, the odds of the knockdown are really pretty good. All shotguns are better against melee weapons, but this obliterates them, even bosses go down after a few slugs from the Ba Xing Chong. 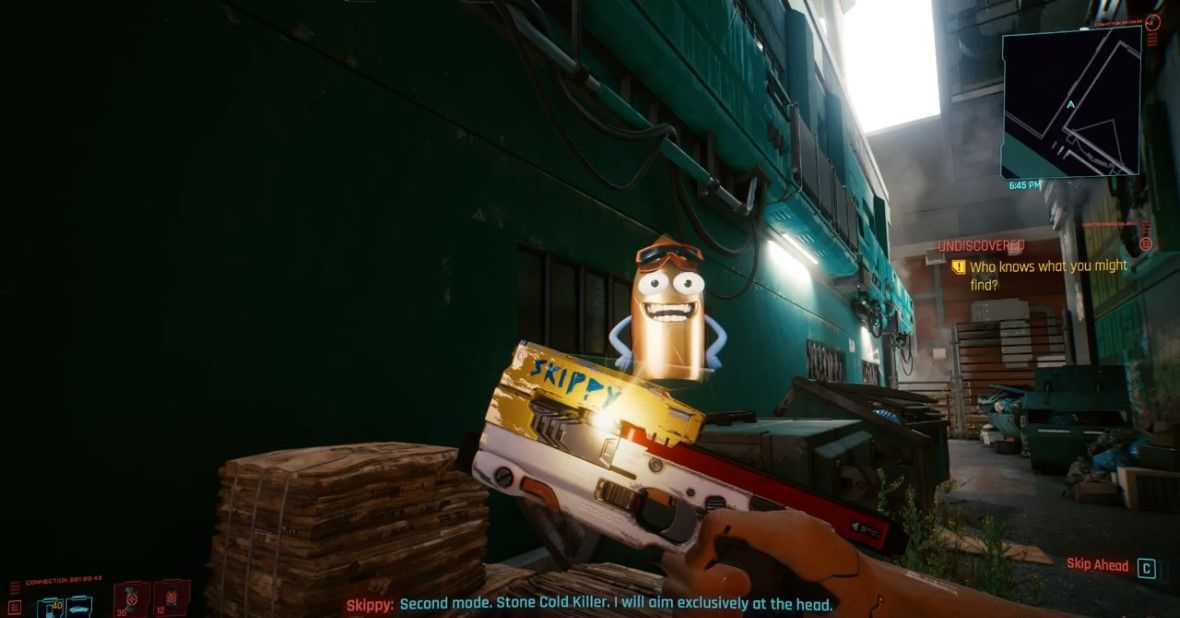 With almost double the top DPS of the runner up, Skippy deals absolutely absurd damage. When you first pick it up, it will ask you if you want to deal headshots or body shots. Choose body shots and after 50 frags it will try to flip the setting. Answer, “I don’t know,” and then it will permanently switch to headshot mode.

Strangely, there exists a quest to turn it back into its original owner for a couple of eddies. Do NOT do it or else you’ll have given away the best gun in all of Cyberpunk 2077. Believe me, you don’t need the money that bad, you’ll more than earn it back by reducing your time taken on side jobs by 50% or more by kicking in the door, then spraying and praying with Skippy.

Plus, he gives you emotional support in a firefight! You can’t beat that. 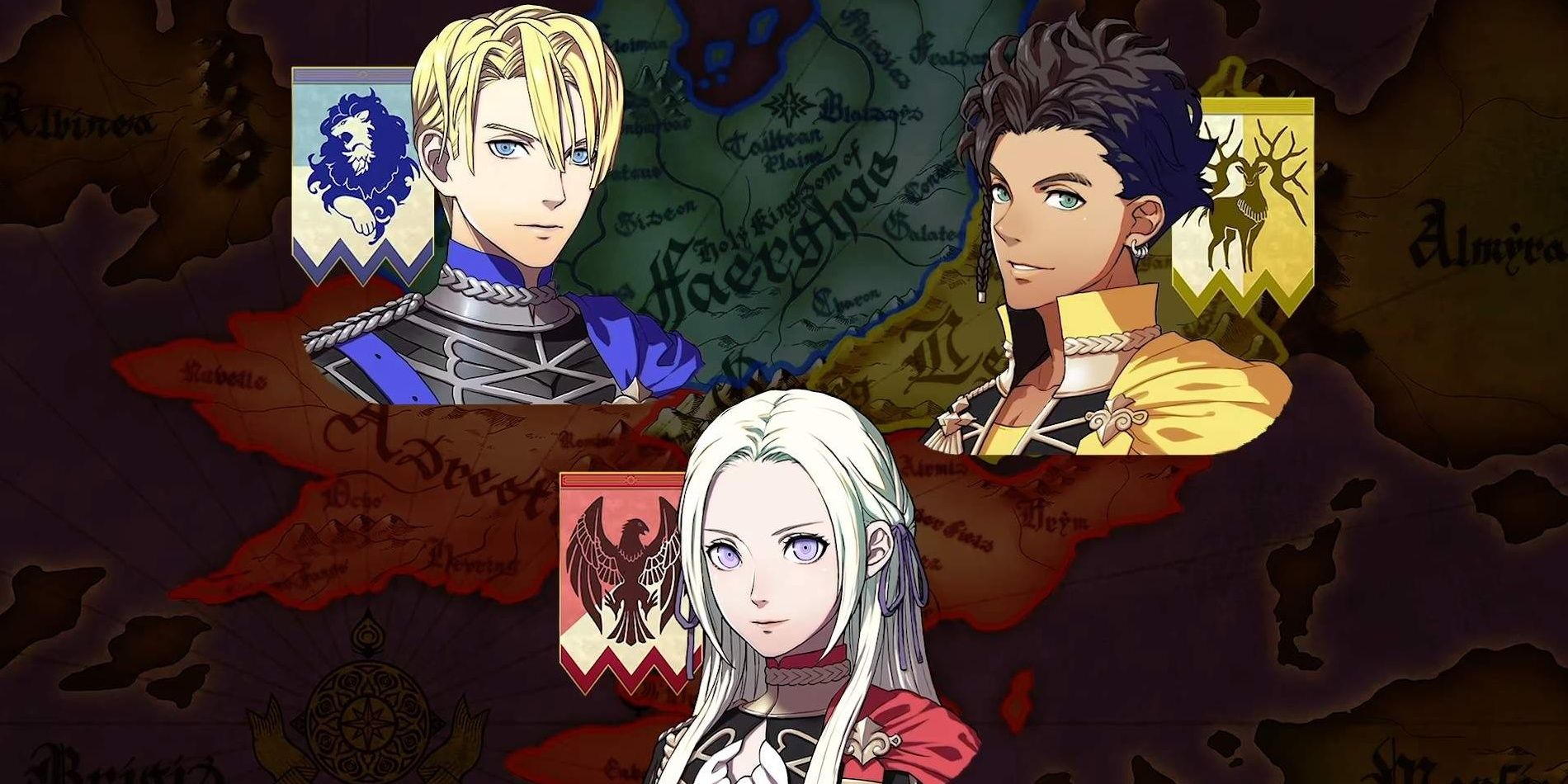