A notable feature of Dark Souls is the presence of Covenants, which return in Dark Souls 2. The purpose of these groups differs among their leaders, but Covenants typically act as a way to introduce PvP encounters. The second game in the series presents them as organizations that are dedicated to protecting a certain area from invaders. One of these organizations is the Rat King Covenant.

As a member, you'll be tasked with defending the rats' domain with traps and your own strength. However, before you can even be considered for a membership by the Rat King, you'll have to prove yourself by defeating the Royal Rat Vanguard.

What Is The Royal Rat Vanguard? 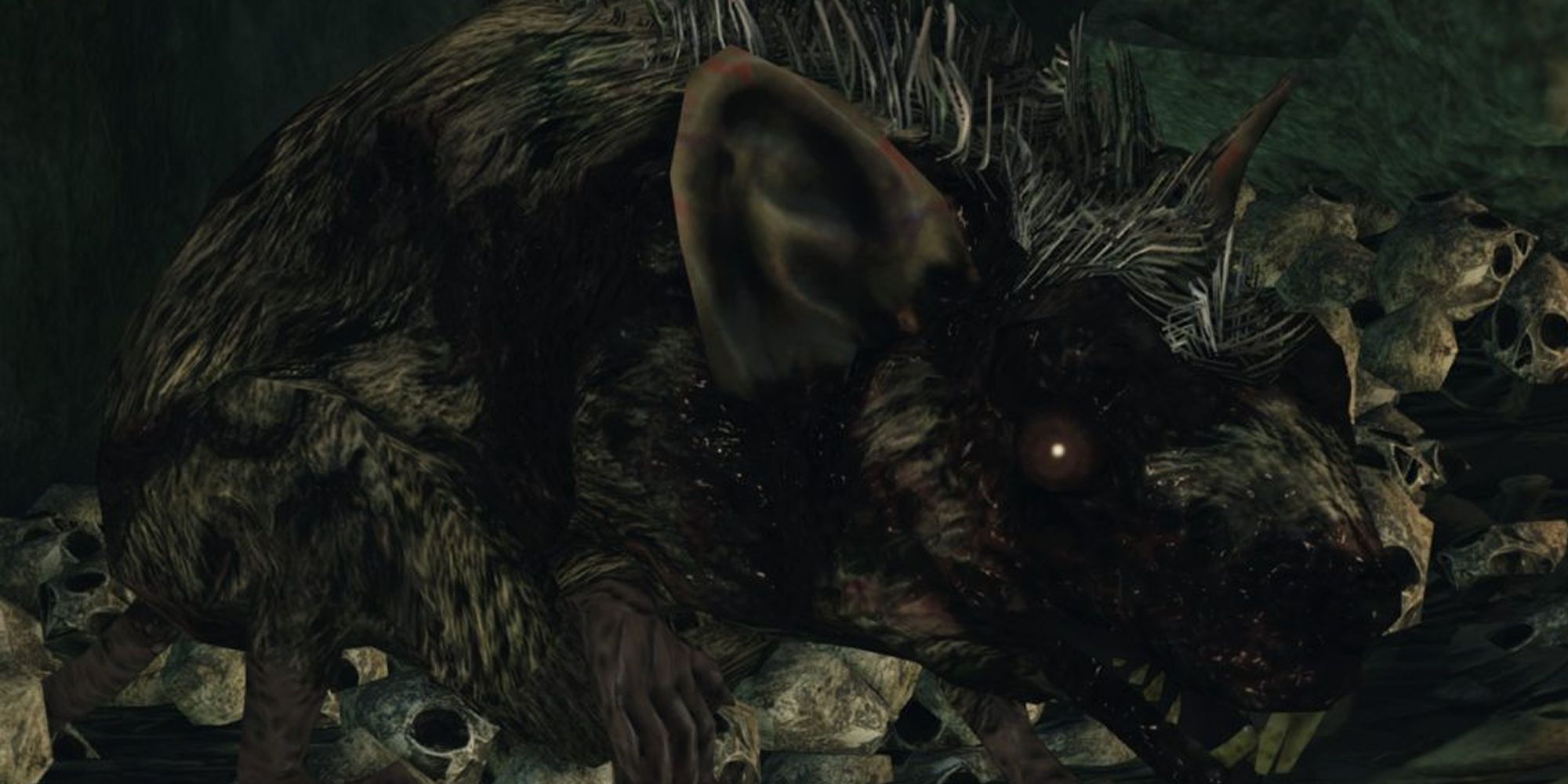 While exploring Dark Souls 2, you'll find yourself heading into an area called the Grave Of Saints. This place is a series of catacombs interconnected with sewers underneath the nearby town. It's filled with a variety of enemies and hazards that you'll need to avoid. The most prominent enemies are rats, which are weak but tend to attack in hordes.

This is demonstrated when you reach the end chamber that is filled with rat statues. Once you enter, rats will begin to fill the room, eventually followed by a leader called the Royal Rat Vanguard. Aside from a back mohawk, this boss rat will be pretty indistinguishable among the horde. Once defeated, you'll earn the Rat King's favor.

How To Defeat The Royal Rat Vanguard 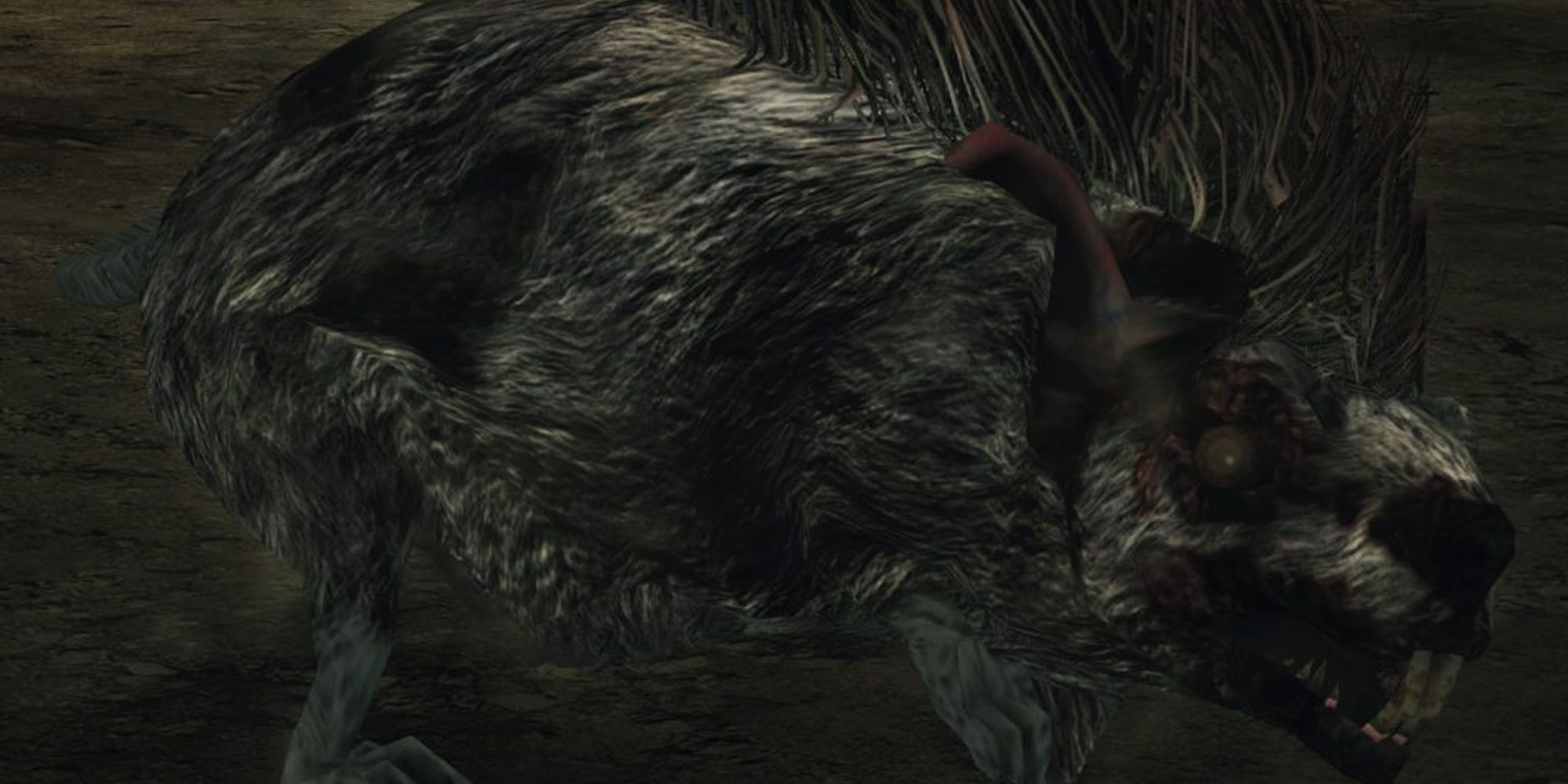 This boss is unique in that it's a group battle. However, no matter how many rats you defeat, the Royal Rat Vanguard's health meter will only go down if you attack it specifically. There's no point in wasting time and energy in killing the other rats as they will stream into the room endlessly. Aside from the back mohawk, which can be hard to spot in the dark, the only other difference the boss rat has is that a health bar won't appear above its head when attacked.

To avoid getting overwhelmed by the number of enemies, you should use fast weapons and light armor. The boss is resistant to Poison but extremely weak to Fire, so using Pyromancy like Lingering Flame can be very effective at cutting through the rats and boss.

Since they are rats, they don't have a lot of complex strategies or move-sets. They have two primary attacks that they will use at random. The first is a lunging attack, where they will charge forward a short distance for a quick hit. However, their more damaging attack is a bite they use by rearing up and then striking towards you.

Though individually these moves are not a problem, all the rats are plagued, meaning that they can cause Petrification. The damage is low, but the Petrification can build up quickly with multiple hits. The Royal Rat Vanguard in particular is troublesome in that its attacks will build up far more Petrification so be wary.

Be careful not to lash out randomly as hitting a statue can cause you to stagger briefly. When you locate the Royal Rat Vanguard, lock on if you can and focus on taking it out quickly. Once you do, all the other rats will withdraw.