Destiny 2 is down right now with players getting Centipede, Coconut and Currant server error messages.

Independent outage monitor Down Detector has registered hundreds of Destiny down reports today.

Out of those affected some 84 per cent are experiencing Destiny 2 server connection issues.

As the Destiny 2 server issues hit the Bungie Help Twitter confirmed that they were experiencing the problem.

They tweeted: “We are aware that some players in EU are encountering Centipede, Coconut and Currant errors in Destiny 2. We are investigating.”

One fan tweeted: “All EU it’s DOWN on Destiny 2 servers”.

Another posted: “@BungieHelp I haven’t been able to play destiny 2 as a message keeps coming up saying destiny 2 servers are down”. 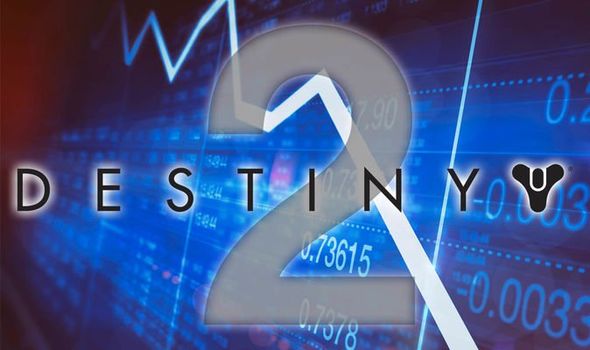 One added: “Anyone else finding @DestinyTheGame , @BungieHelp website and Destiny 2 apps are all down at the moment? #Destiny2 #Destiny2down”.

And one wrote: “Destiny 2 is down, http://bungie.net is down with CloudFlare 522 connection to server failed messages, seems to be some serious issues going on?”

The latest Destiny 2 down reports come after the Bungie game was taken offline for seven hours earlier this week.

On Thursday Destiny 2 went down for seven hours as Bungie carried out backend maintenance.

And as the Destiny 2 server downtime took place fans voiced their frustration at the lengthy outage on Twitter.

One fan tweeted: “Seven hours for backend maintenance!!! Are you sure Bungie??”

Another posted: “Yo Bungo, its a national holiday in Europe for a lot of countries, and you’re taking the servers down from 4 to 11 pm? Are you serious?”

And another wrote: “You guys REALLY need to put a timer to let us know when you’re about to start maintenance. Kicked out of comp and I’m sure I lost points THANKS!”