Bungie has kicked off its 30th-anniversary celebration today with a brand new event in Destiny 2. And as with most Destiny events, new stuff to do means new loot, and new loot means new weapons with new god rolls to grind for. Wondering what's good, what's bad, and what you need to complete your collection? Don't worry, we got you covered. Read on for the best rolls for each of the 30th Anniversary Pack's new Legendary weapons. 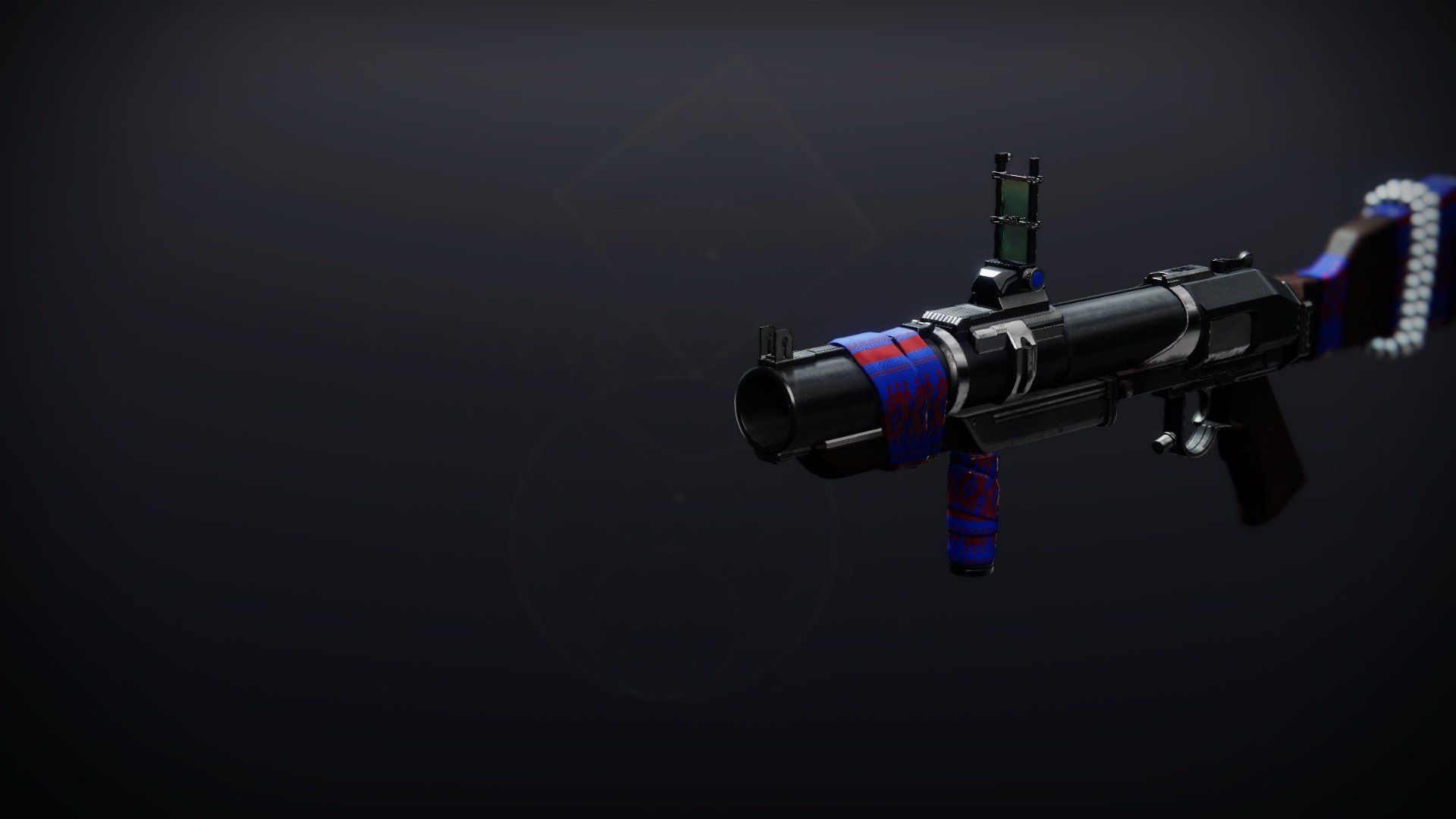 It's hard to imagine anything replacing my Slideshot Ignition Code, but Pardon Our Dust comes pretty close. Ambitious Assassin, Auto-Loading Holster, and Perpetual Motion are all good options in the first column, while the second perk column has literally no bad options. Maybe try the newly revamped Adrenaline Junkie perk if you like to throw grenades, or stick with Vorpal for some extra boss damage. 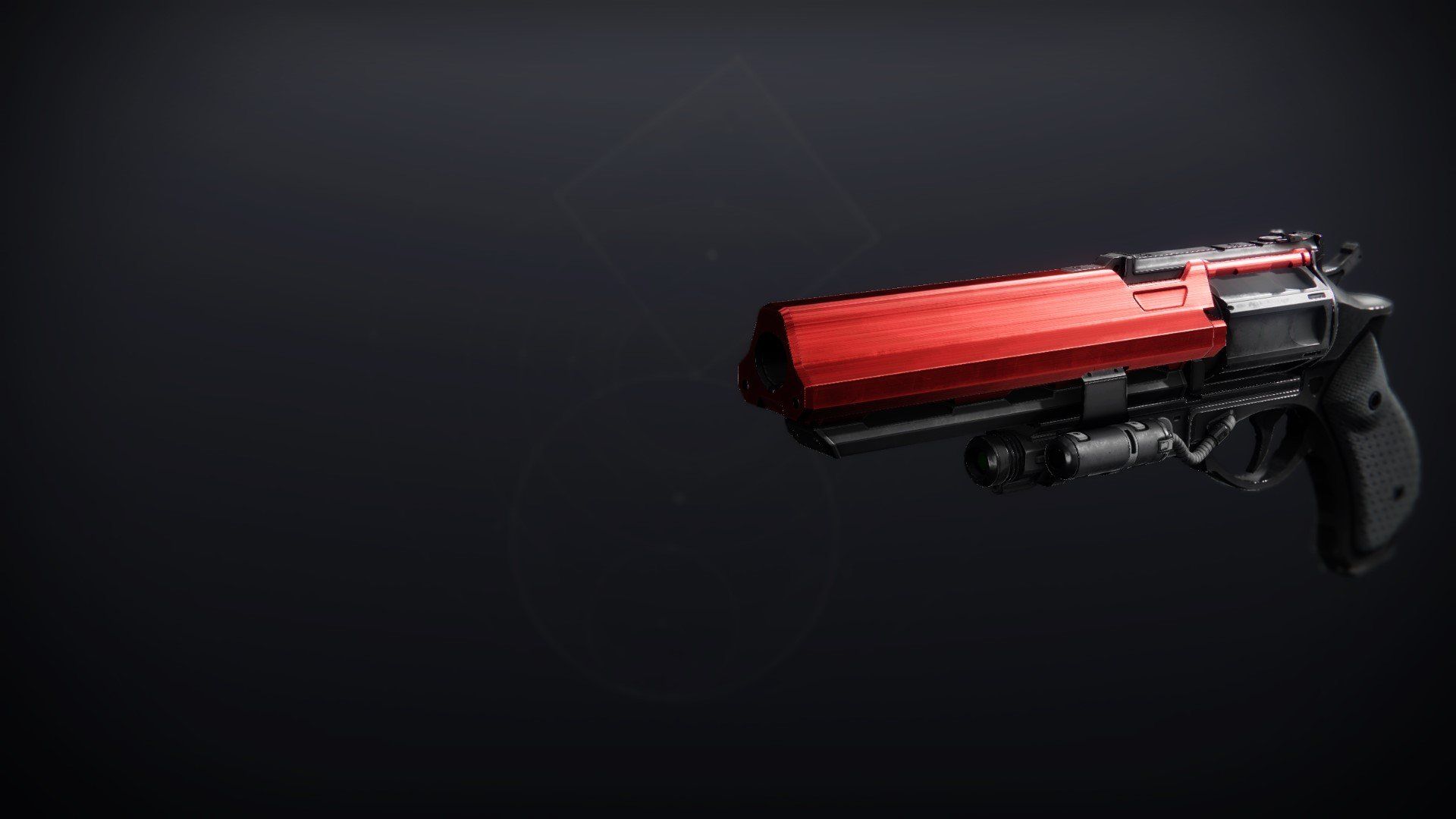 If you haven't been able to find a good Palindrome, you might as well stop looking and start rolling Eyaslunas. The reborn Destiny 1 Hand Cannon has better aim assist, range, reload speed, stability, and even comes with one more bullet in the chamber. Pair that with a plethora of great perks for both PvE and PvP, and I'm confident in calling Eyasluna the new king of Hand Cannons.

Steadyhand HCS sights and a Handling masterwork can go a long way to making Eyasluna feel snappier, while your PvE and PvP perks are honestly up to personal preference, but here's a few recommendations. 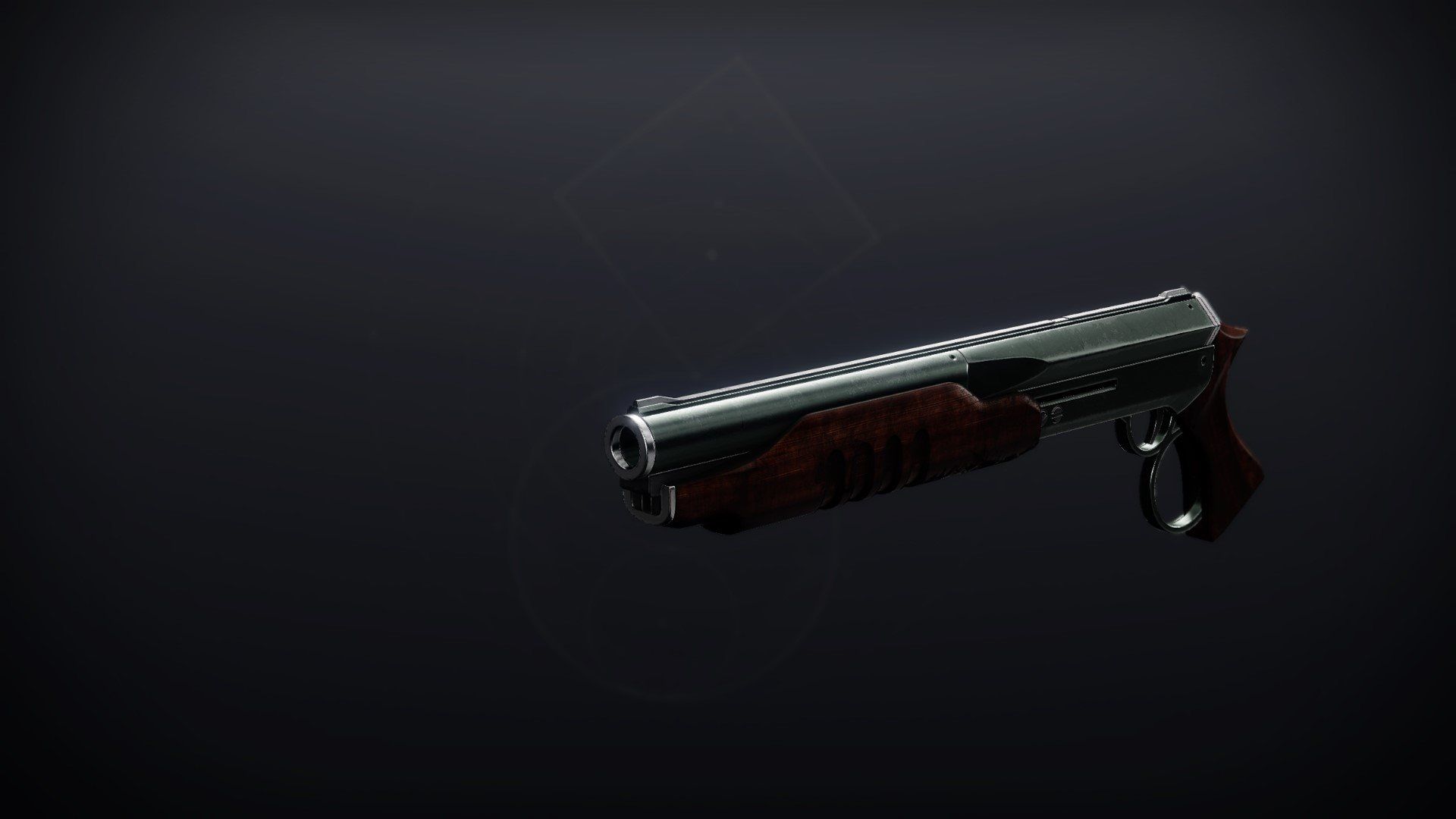 Lightweight Frame Shotguns are a favorite in the Crucible these days, and Wastelander M5 might become the best of the bunch. To out-range Riiswalker, you'll want a Rifled Barrel, Accurized Rounds, Slideshot, Opening Shot, and a Range masterwork. Harmony is a decent alternative if you prefer your consistency to come from outright damage rather than accuracy tweaks. Shotguns aren't nearly as potent in PvE content, but there are quite a few perks on the Wastelander that'll fit into a melee-focused build. 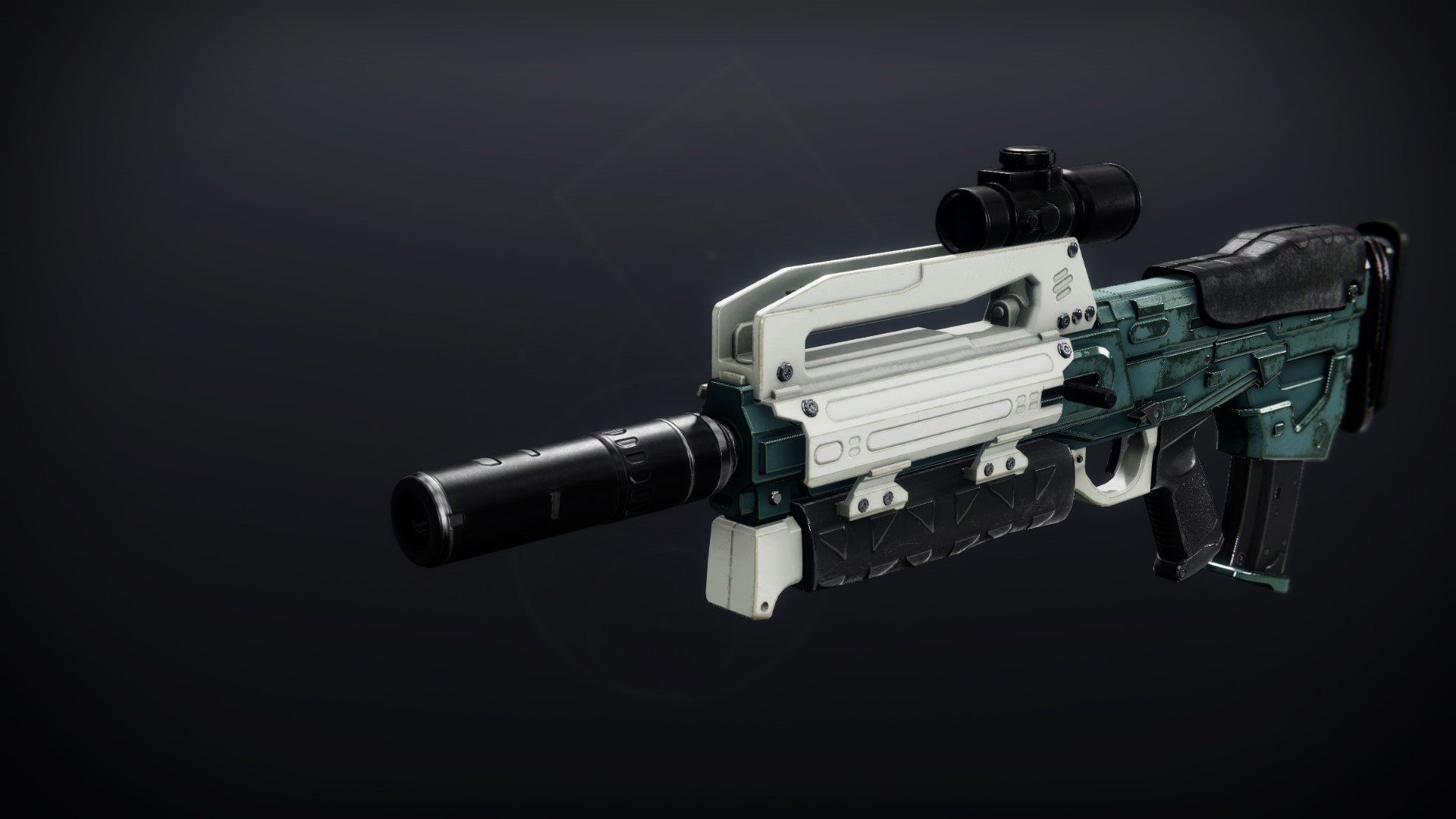 Bungie might not call it the Battle Rifle, but this custom-frame Pulse Rifle is definitely Bungie's ode to Halo. Its increased stability, accuracy, and hip-fire targeting scream Halo, while Blunt Execution Rounds is basically the melee fire trick from Halo 2 (which was colloquially called "BXR," hence the name of the gun).

The ability to roll both Demolitionist and Adrenaline Junkie on the same gun makes the BXR special in PvE combat, while Blunt Execution Rounds seem destined for greatness in PvP. 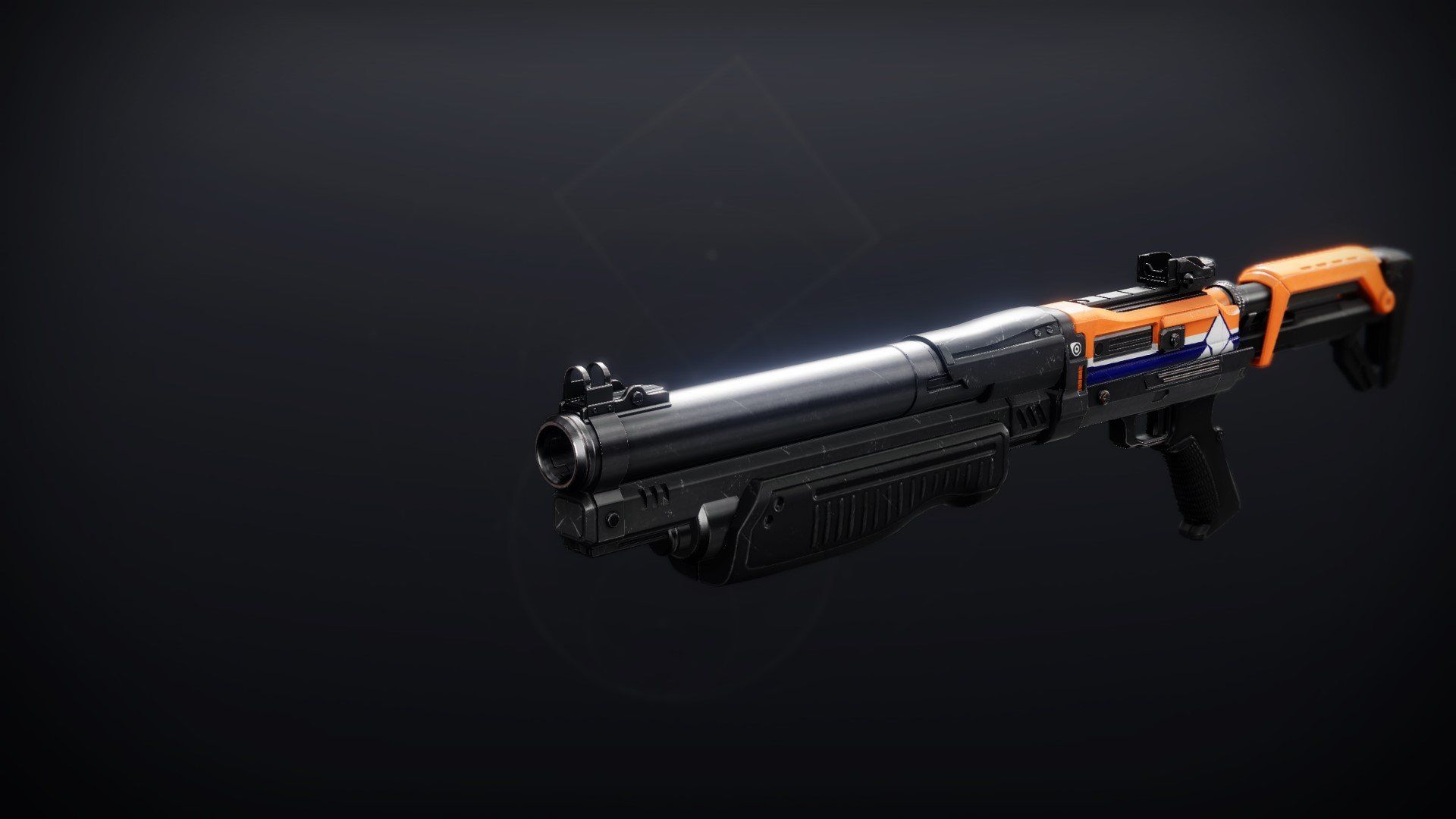 Our next reborn Destiny 1 weapon is a Shotgun that seems to be taking aim at the Fractethyst. As the only other non-slug Legendary Shotgun in the game, Matador 64 compares favorably to Fractethyst while occupying the Energy slot. Both can roll Opening Shot in the second perk column, which many consider an essential PvP perk, while the new Golden Tricorn perk promises to be a PvE mainstay. The first perk column seems to be player's choice between Threat Detector and Perpetual Motion, with a slight edge given to the latter in the Crucible. 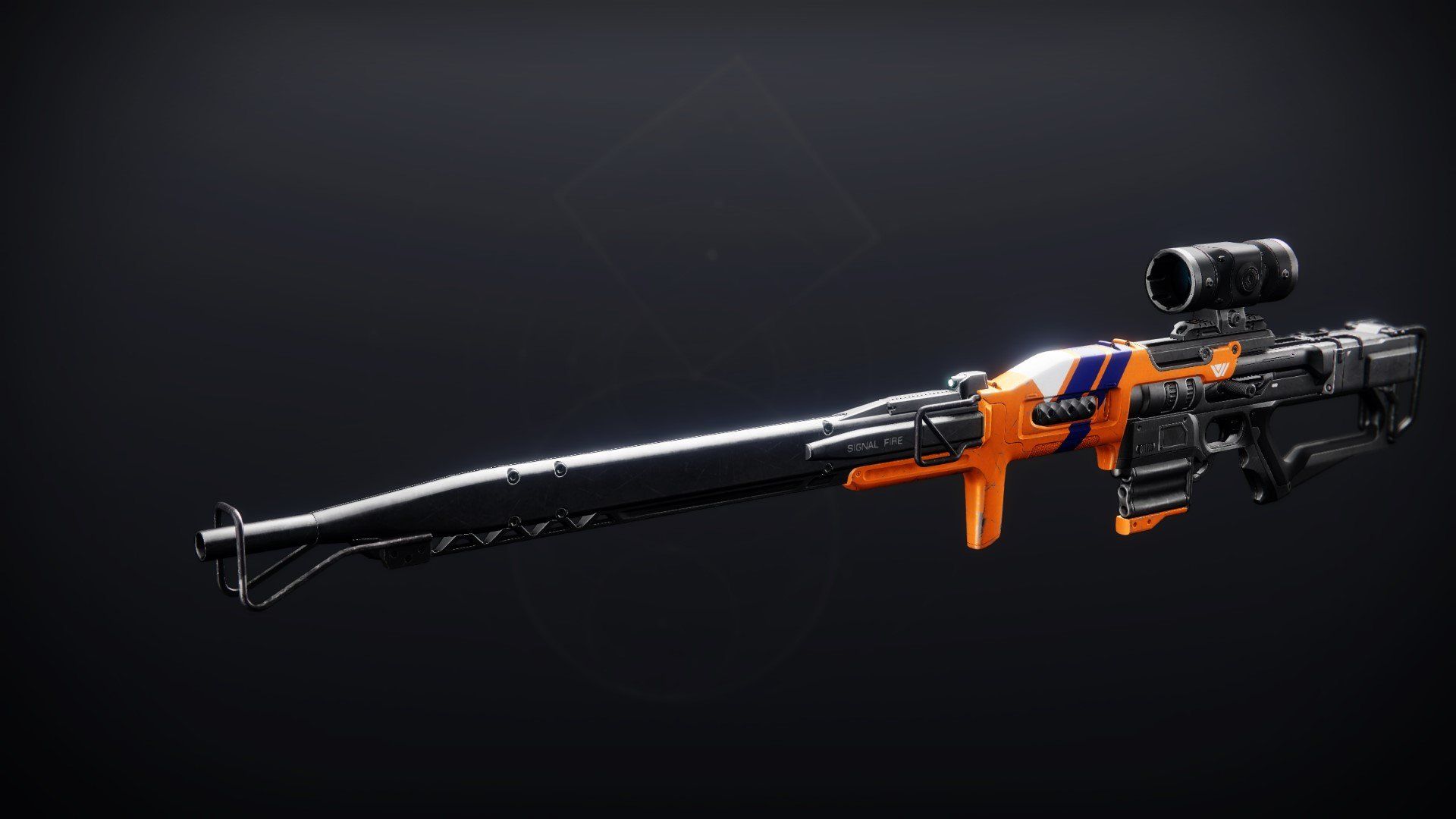 1000 Yard Stare might take over the Crucible if for no other reason than the fact it has a 44 zoom–less than any other Energy Sniper Rifle in the game. The rest of the 1000 Yard's stats are comparable to Adored and Uzume RR4, although the latter two rifles have generally better PvE perks.

Quickdraw and Snapshot Sights is a perennial favorite combination of dedicated Crucible snipers, but you can also go for Firmly Planted in the first column or Moving Target in the second. In PvE content, Triple Tap is a must, but the second column lacks High Impact Reserves or Vorpal to make 1000 Yard Stare into a real boss killer. 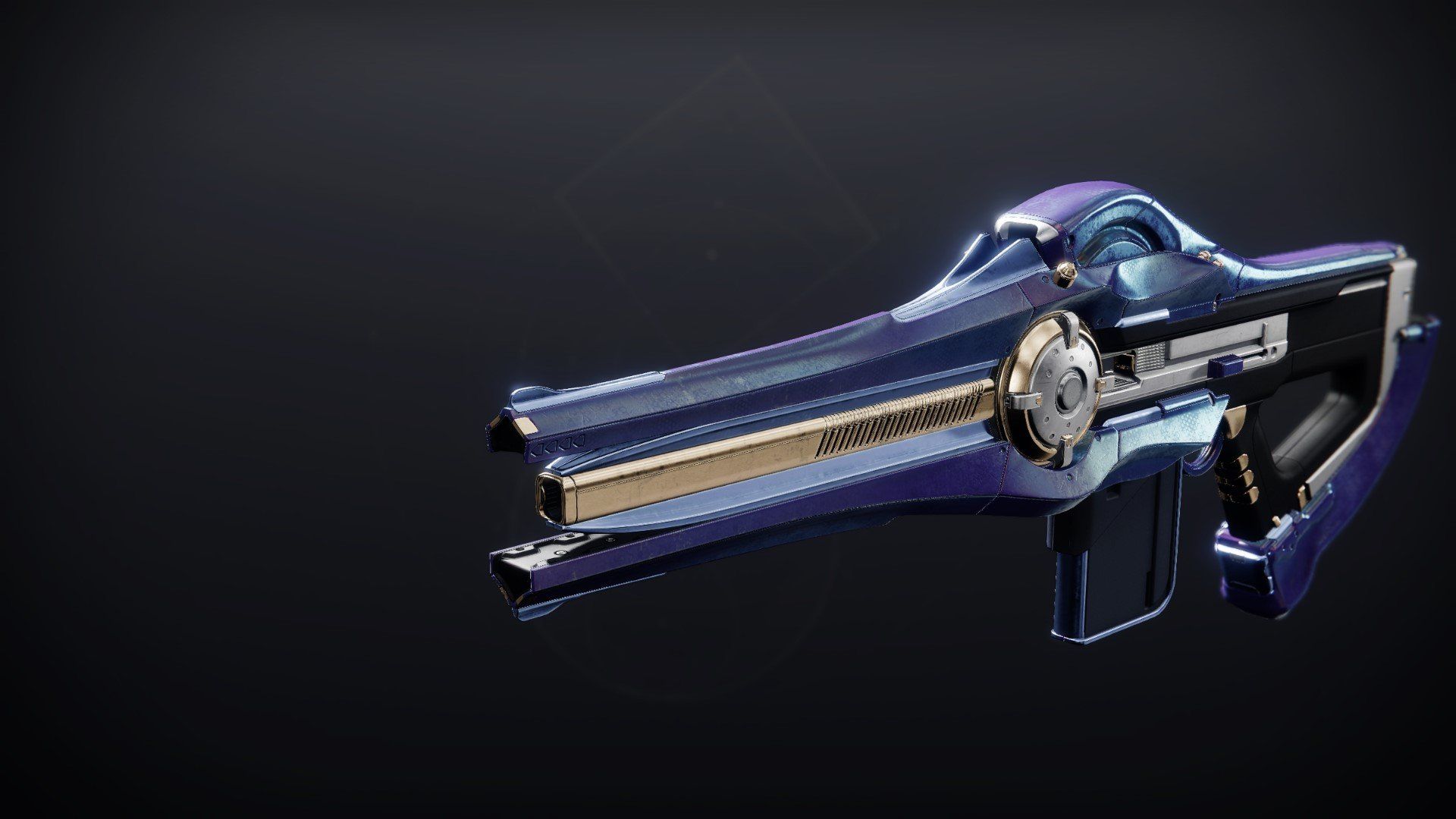 Finally, a Legendary Trace Rifle has arrived in Destiny 2! Modeled to vaguely resemble the Focus Rifle from Halo, the Retraced Path offers random rolls on a Trace Rifle for the very first time.

Since there's never been a Trace Rifle with random perks, this is easily the most difficult weapon to judge in the 30th Anniversary Pack, but there are basically no bad combinations on the Retraced Path. Genesis and Disruption Break is a great combo for PvE, but it's up against Subsistence and Frenzy. For PvP, Perpetual Motion and Harmony seem like the best of the lot, but don't discount Killing Wind or Demolitionist. 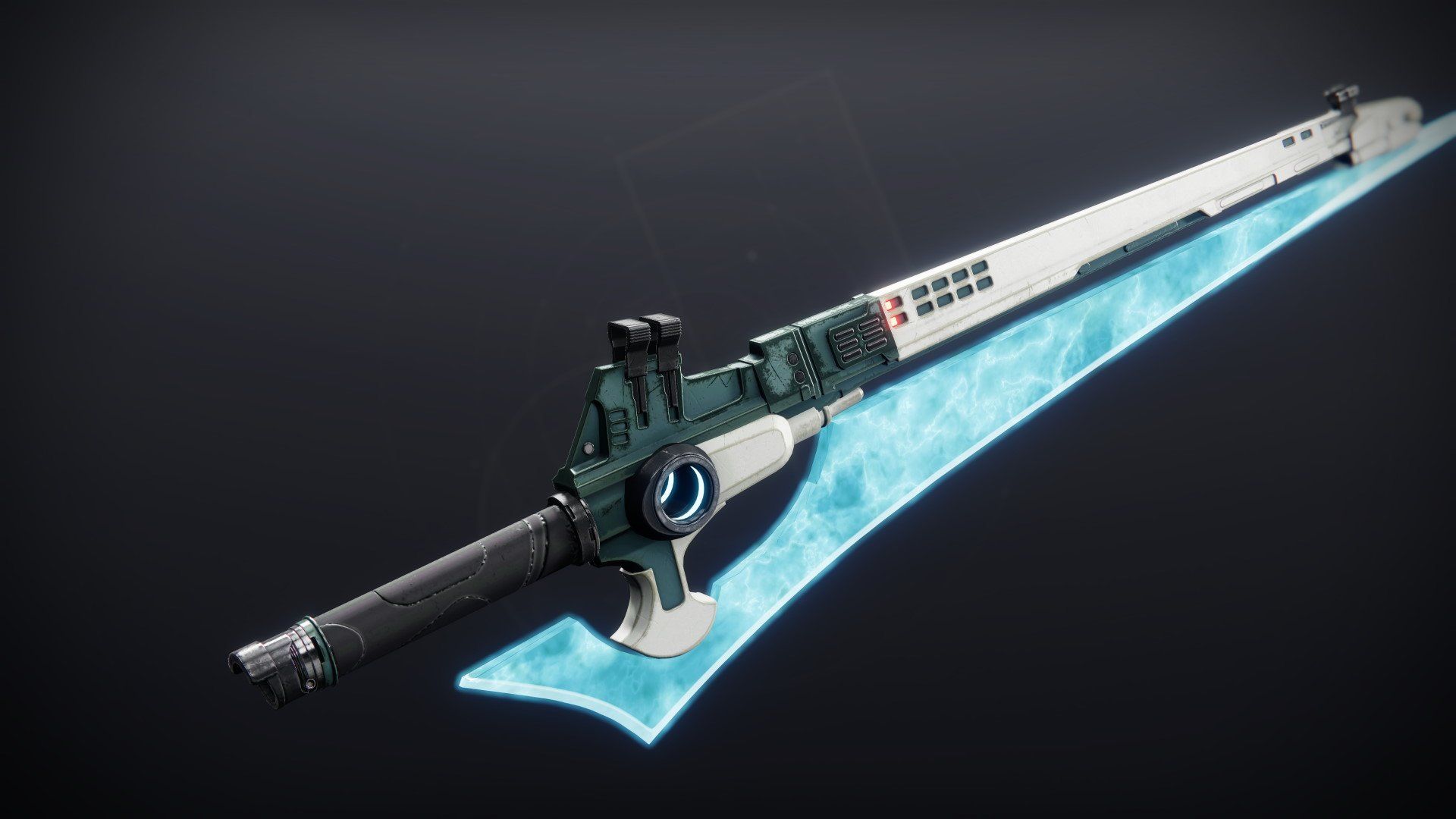 Eager Edge sounds great for the Crucible, while Duelist's Trance will likely find niche use in some Sword-based Titan builds using Strongholds. Other than that, Whirlwind Blade is still probably the best damage perk you'll get in the first column, while Harmony is an intriguing new possibility in the second column. 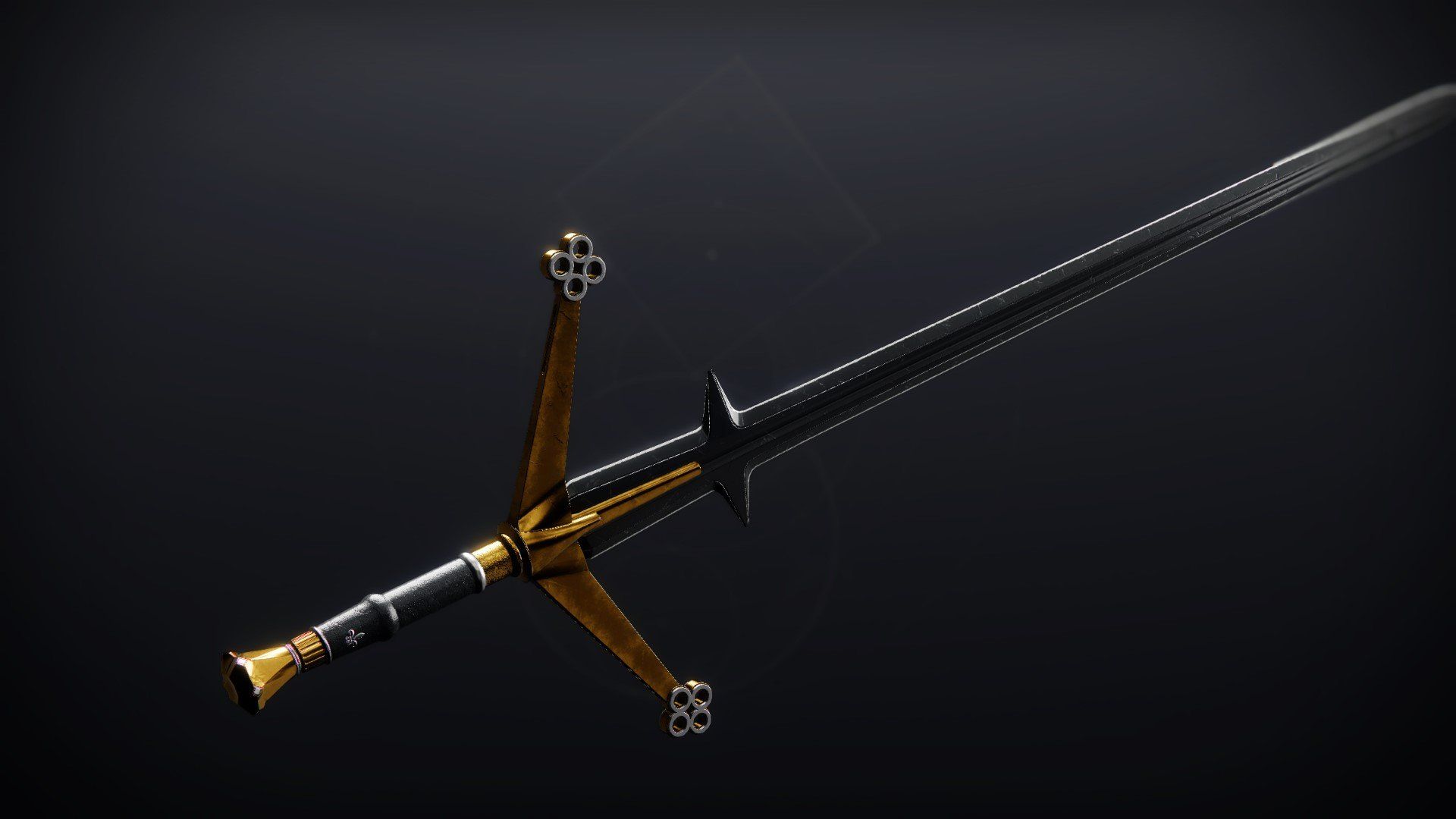 Hero of Ages represents a first for Destiny: a Sword with Demolitionist. I'm not sure that's enough to unseat Falling Guillotine as the best Vortex Frame Sword, but it's certainly something.

With only One For All and En Garde as the only damage perks, Hero of Ages isn't going to be much use as a boss cracker, but Tireless Blade and Chain Reaction certainly looks like fun for ad clear. Relentless Strikes and En Garde will be your best bet for killing bosses. In the Crucible, Tireless Blade and Assassin's Blade will let you live out your chivalrous fantasies. 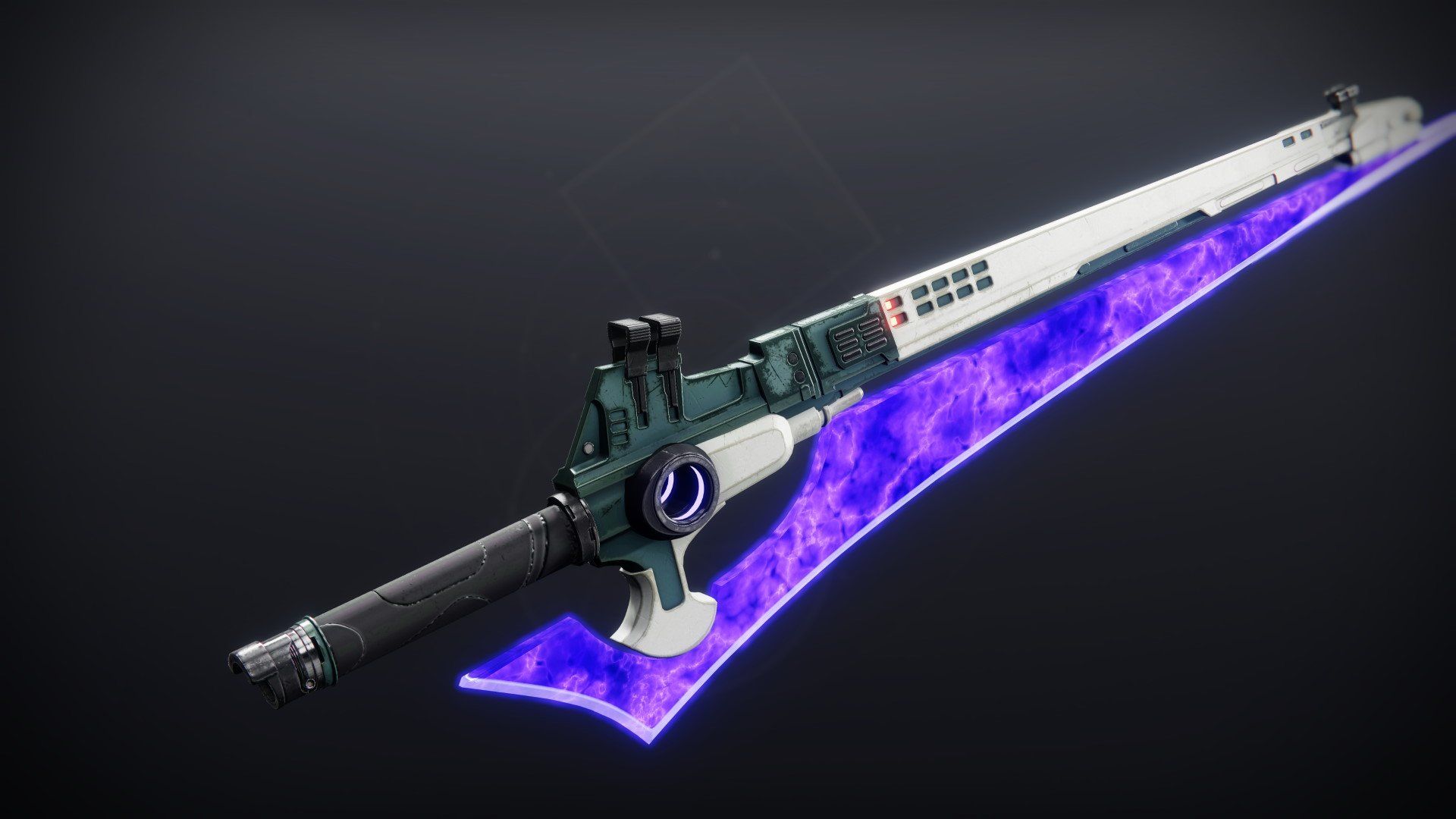 The Other Half of Destiny 2's Energy Sword and our first with the classic Relentless Strikes and Whirlwind combo, this sword seems destined for greatness. Eager Edge and Vorpal make it an ideal Super-killing Crucible option, too. It's just too bad Adaptive Frame swords don't get a lot of hype. Still, with its great perk pool, you really can't go wrong with The Other Half.