For the longest time in Destiny 2, there were a few Ghost perks that were far and away better than all the rest. Since Shadowkeep introduced the Seasonal Artifact, tying your power level directly to how much XP you acquire throughout the season, Guiding Light became a must-have perk. After that, Treasure Hunter of Speed Demon were pretty much the other two perk options you wanted on your Ghost, meaning every other perk combination was strictly sub-par.

Players have been calling for Bungie to revise Ghosts in Beyond Light, and it looks like they’ve finally listened. Finally, your Ghost Shell will be purely cosmetic.

“One of our goals with this update was to separate visuals from functionality,” Bungie wrote. “We wanted any Ghost Shell to be viable and still have access to highly useful mods, regardless of tier or source.” 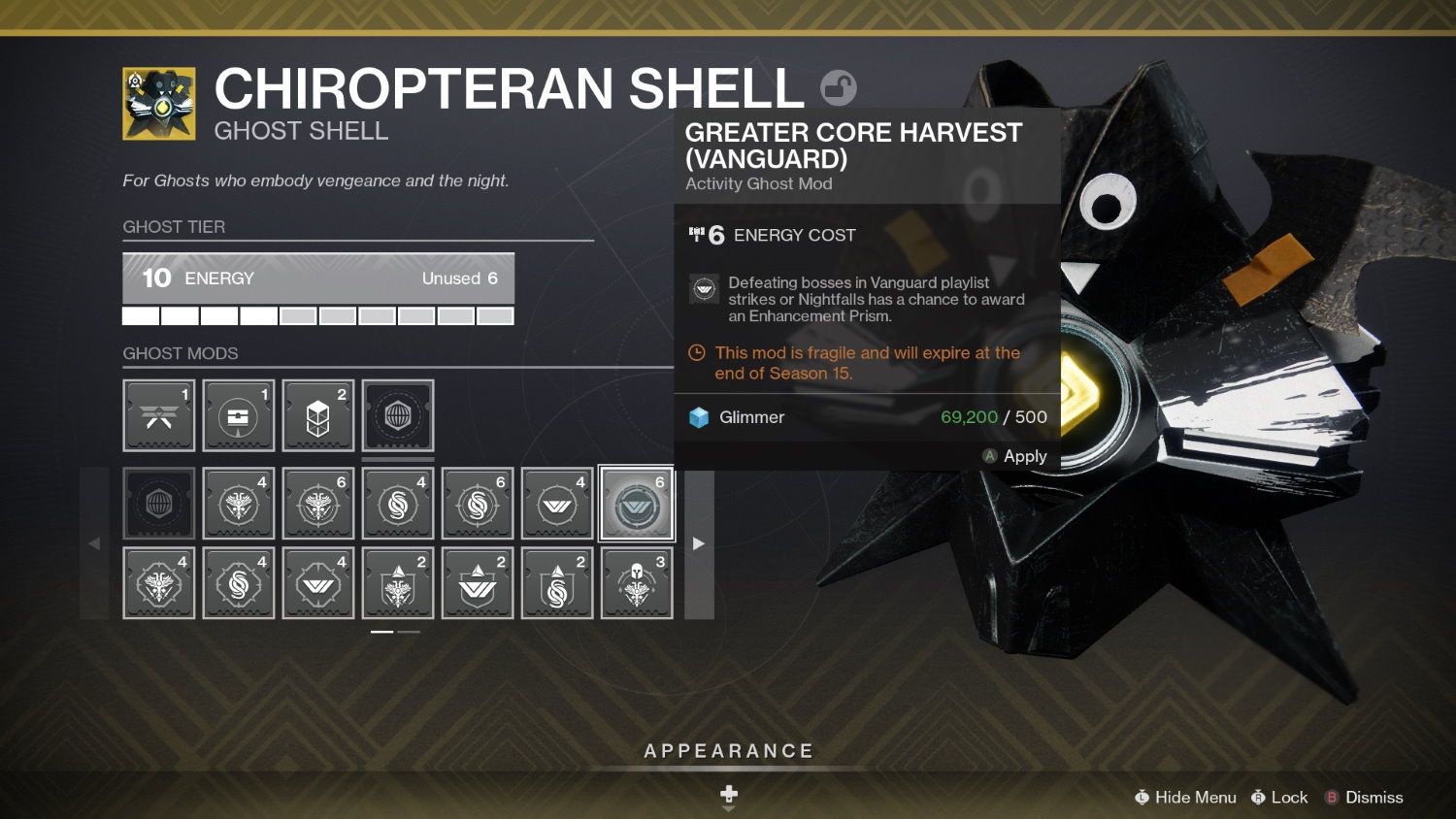 Detailed in the latest This Week At Bungie is a new Ghost Shell system coming in Beyond Light. The current perk system will be replaced with a mod system similar to how armor works. Each perk will have a corresponding mod that you can mix and match on your favorite Ghost Shell within an energy cap that can be increased by masterworking.

Rather than just two or three perk slots, all Ghosts will have four mod slots: an Experience mod slot, a Tracking mod slot, an Economic mod slot, and an Activity mod slot. That last mod slot is only unlocked once the Ghost is masterworked and only allows mods that function during specific activities, such as playlist strikes or the Crucible.

Everyone will get a supply of default Ghost shell mods with Beyond Light that will roughly correspond with the perks that most Ghosts already have. So don’t worry: you’ll still be able to slot your Ghost for Guiding Light and Treasure Hunter. The difference is, you’ll be able to do that on any Ghost you want now, and also that better mods will be available. 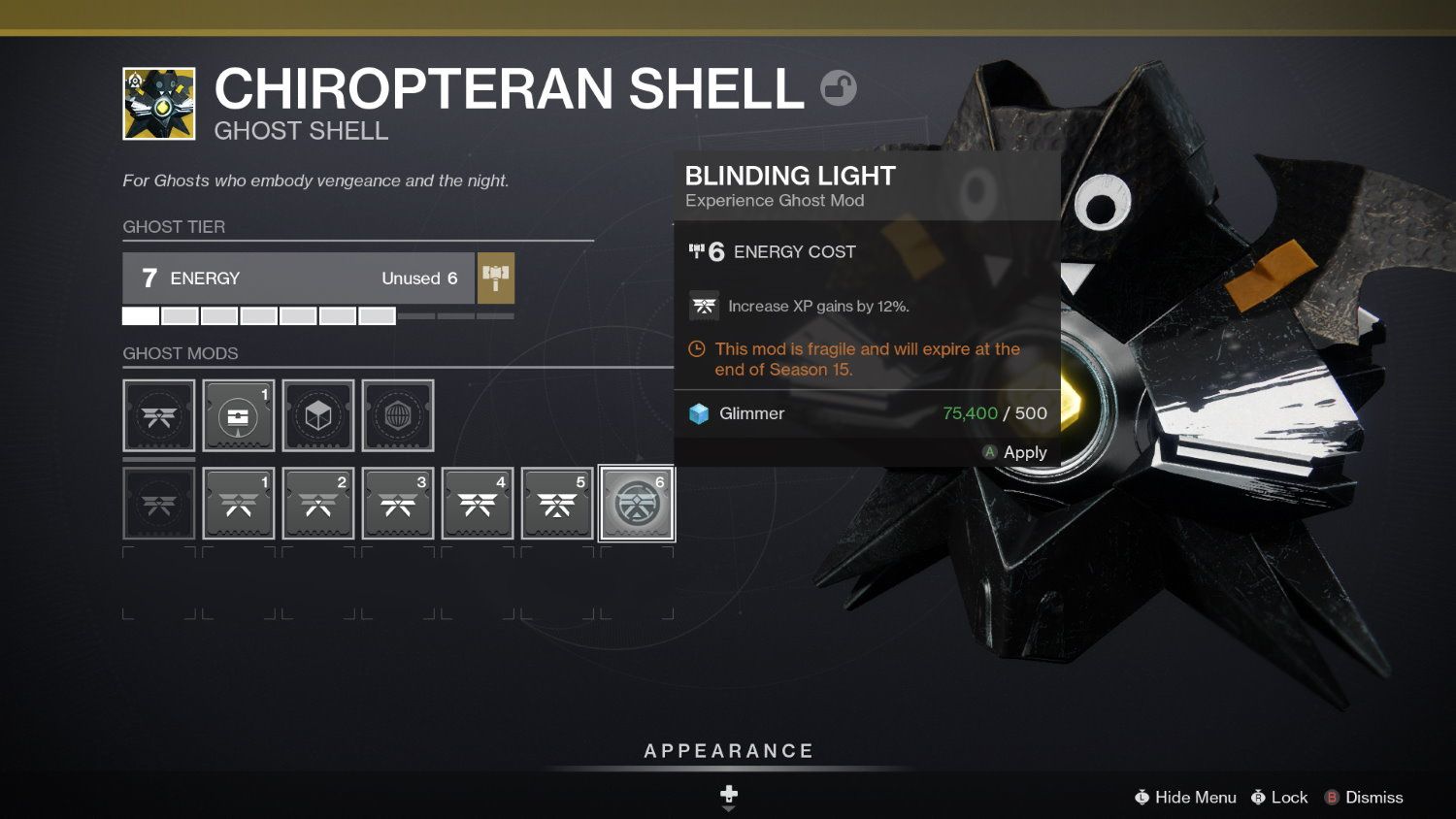 Two examples that Bungie provides are Blinding Light, a mod that’s the same as Guiding Light only it provides you with +12% XP rather than just +10%, and Greater Core Harvest, an Activity Mod that gives you a chance to get an extra Enhancement Prism after defeating the boss in any playlist strike.

This will take some extra materials to masterwork your Ghost, but that’s a small price to pay for finally being able to use whatever Ghost you think looks best. Besides, it’s double-rewards in this week’s Nightfall, so now’s the time to stock up on materials.