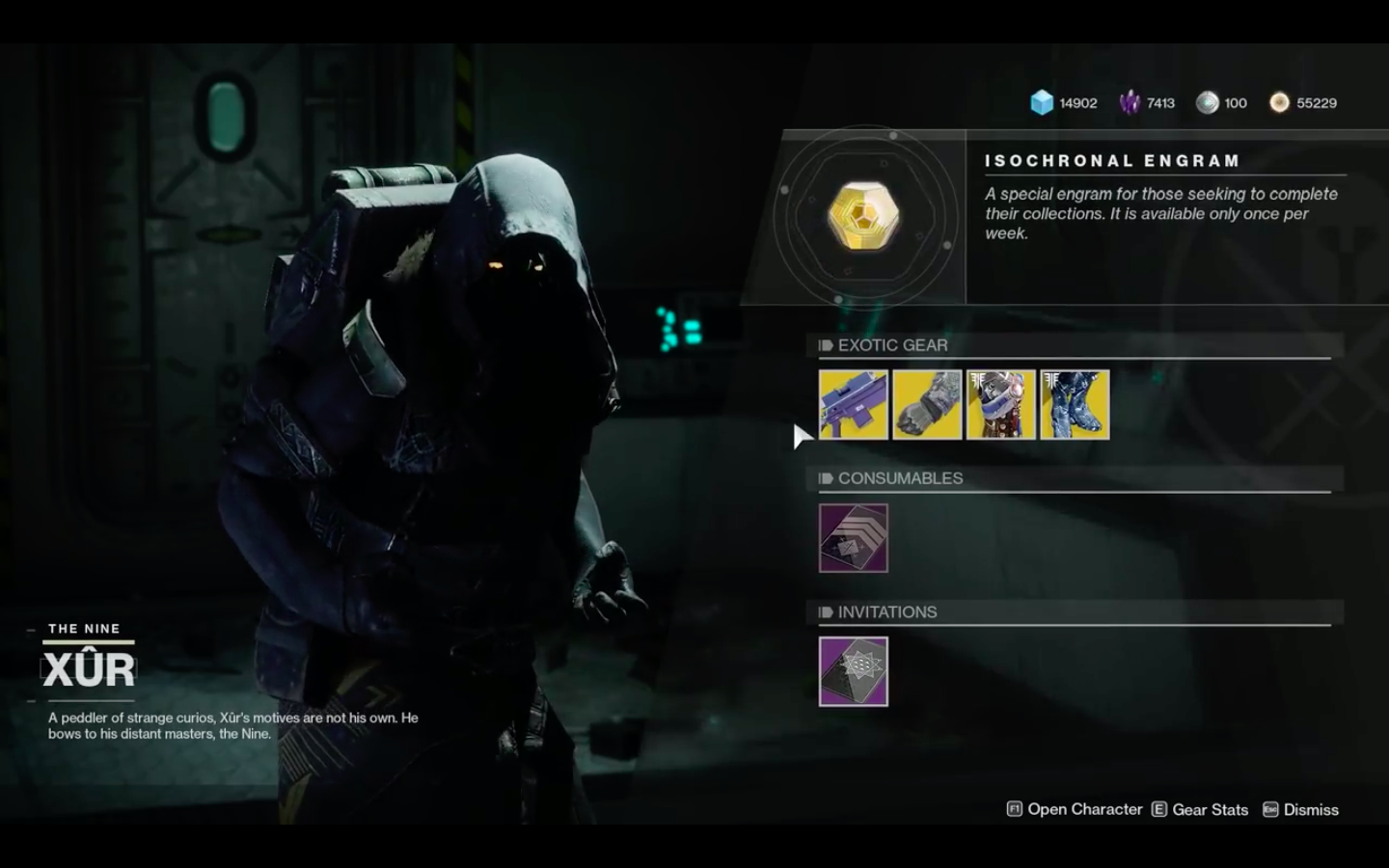 If you’re looking for the mysterious tentacle-faced Destiny 2: Forsaken merchant this week, you won’t find him just yet, so don’t bother checking the Destiny Reddit page for info.

Following the changes to the game many months back it now means that the Agent of Nine will now arrive at 11am PST, 2pm EST, 6pm GMT, 7pm CET.

When Xur does appear, it’ll be even harder to find him, due to some updates to the game following the launch of Destiny 2 Forsaken last year.

All this being said, Xur is still spawning in the exact same areas on Titan, Io, Nessus, the European Dead Zone and the Tower as he always has done. So it’s not too difficult, it just takes a few minutes more to locate him.

Stick with us as we reveal where Xur can be found this week and what he’s selling when he spawns at 6pm.

In the meantime, you can recap what Xur was selling last week, just below, as well as learn a little more about the Invitations of the Nine quests introduced with the Season of the Drifter DLC.

Last week Xur was selling the following stock, which Guardians could buy using their Legendary Shards:

Xur was also selling the Five of Swords (Nightfall Challenge Card) as well as the Fated Engram.

For those who don’t recall, the power level of the items sold by Xur scales to reflect your Guardians power level.

Do note, however, that Xur stopped selling these items earlier this week on Tuesday when the Destiny 2 Reset removed Xur from the game.

Invitations of the Nine – Delay

Denial of the NineTomorrow, the seventh Invitation of the Nine will become available from Xûr. Before this pursuit goes live, we’d like to make players aware of a blocking issue, which we are currently working on.Tomorrow’s invitation, titled “The Tower,” will require players to complete the Hollowed Lair strike and defeat Hive, Scorn, and Vex on the Tangled Shore. Currently, this invitation cannot be completed, since Vex are not available as enemies at any location on the Tangled Shore. This issue does not impact previous Invitations of the Nine, only “The Tower” invitation is currently blocked. We are working to resolve this issue as soon as possible.