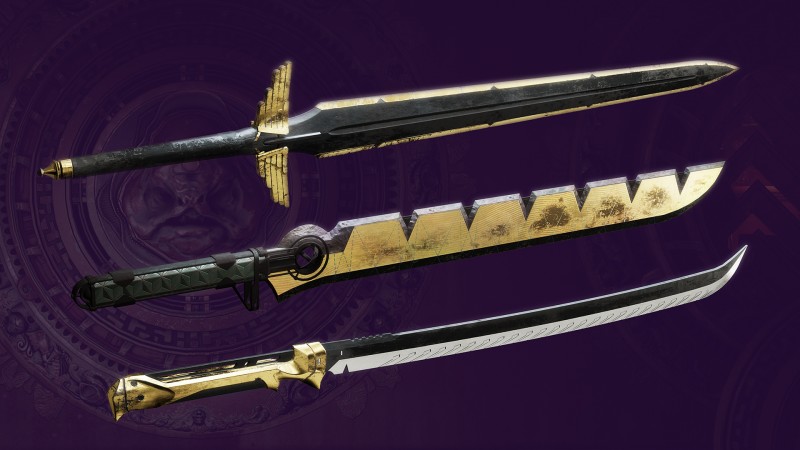 As it gears up for next week’s Season of Opulence, Bungie has announced a few more details about what will change when the new season hits next week.

First, the developer outlined how the reward structure for the new activity, The Menagerie, will work. Before you can play the activity, you’ll have to complete weekly bounties, open up chests on the new Nessus Barge area, or complete another activity (such as a strike or crucible match) after using a new consumable. All these paths will reward you with runes, which you slot into a new chalice given to you by Calus at the start of the season. Depending on what runes you have slotted on your chalice and where you’ve slotted them, you’ll receive a different reward.

The rolls you get from these items will be static, but the weapon or piece of gear you get will be static, letting you earn exactly what you want (though you’ll still be grinding out for the perfect roll on that weapon). “So, for example, if you wanted to earn a random roll of a ‘Beloved’ sniper rifle with handling as the Masterwork trait, you would use a Rune of Jubilation, any red rune, and any purple rune,” Bungie states. Which combinations lead to which weapons and traits will be a mystery, however, and it’ll be up to the community to figure them out.

You can also upgrade your Chalice using new Imperials (an item gained from completing weekly bounties and using consumables before certain activities. Upgrading the chalice allows you to tweak the specialization of an item, earn more runes from activities, and to earn you more powerful gear from the Menagerie itself.

Bungie also outlined some under-the-hood changes. Along with a new trio of pinnacle weapons for playing Crucible, strikes, and Gambit, non-exotic fusion rifles are getting a power buff in cooperative activities so they’re more viable. Swords are also getting more ammo to play with, as well as some damage and targeting buffs. The special weapon combo Sturm and Drang is also getting a buff to make it more powerful in a meta that prefers one primary and one special weapon. To celebrate these changes, new versions of classic swords, as well as Drang, will show up in the Season of Opulence.