Blizzard has revealed that Diablo 4’s Legendary items are seeing a drastic shift in their core design philosophy, with affixes rolling randomly and not restricted to certain slots. In their final quarterly update for 2020, Blizzard went on to explain exactly how Legendary items will be changing, as well as how Unique items will be picking up the slack to ensure some consistency when it comes to loot.

To begin, item rarity is undergoing a shift in design, following the idea that “we like the clarity of analysis afforded by clearly understood item tiers.” This means that Magic (blue) is good, Rare (yellow) is better, and Legendary (orange) is best. As seen in the image blow, each item might have the same base Weapon Damage, but the benefits from the rolled affixes. Each tier of rarity will have more affixes and should often be better for that reason. 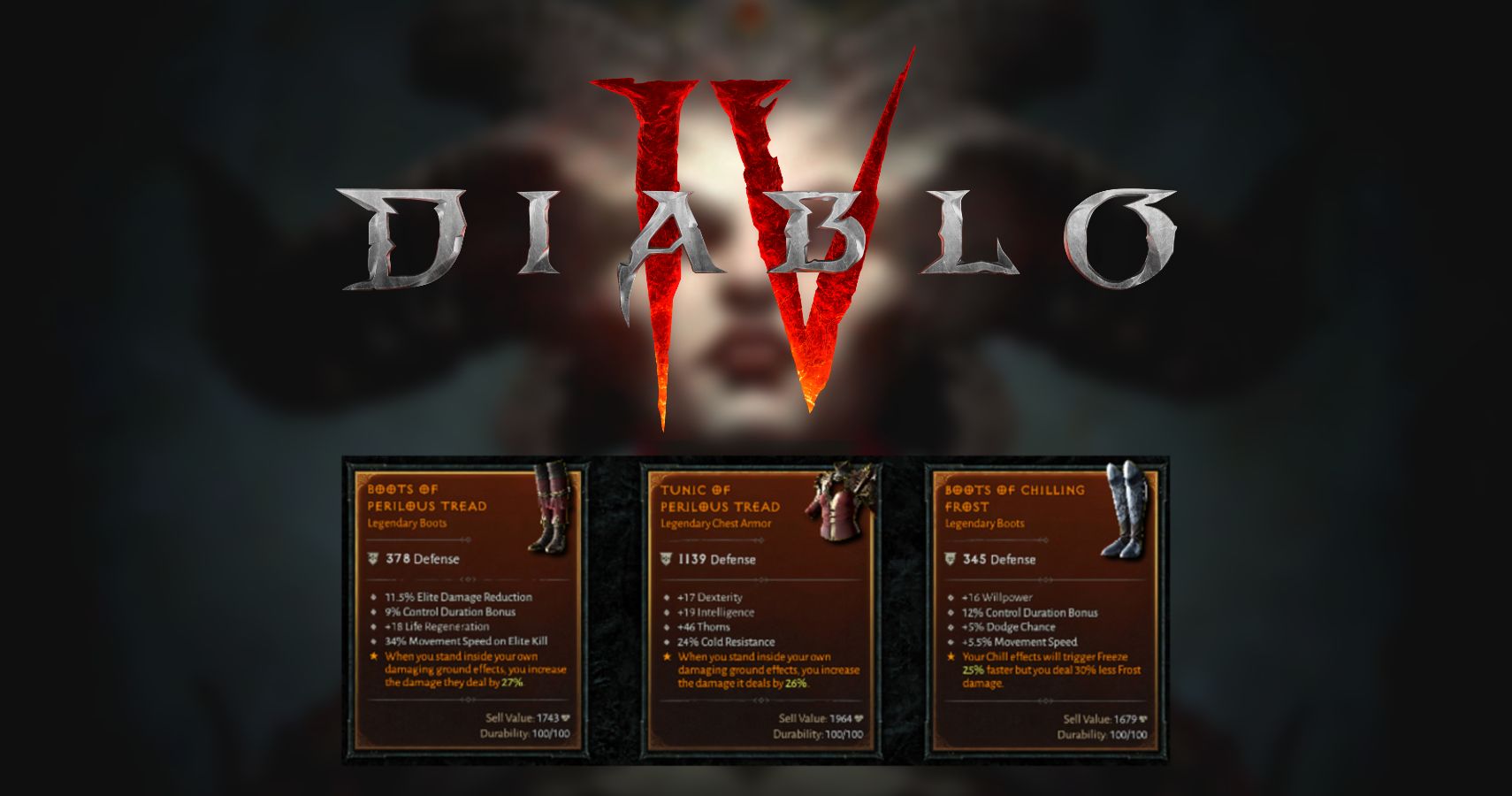 Legendary items will be more dynamic in Diablo 4 compared to previous games in the series because its special, gameplay-modifying affix will be random, with the ability to roll on different items in different slots. At the same time, this also means that a gambling system like what we have now with Kadala would not be an effective means of farming gear to acquire a specific component of an endgame build.

This is an interesting design choice, and we will have to see it in action to determine if it is a change for the better, or for the worse. While change and innovation can always be healthy for a game, there are some obvious problems that we can think of for a game with an endgame that revolves entirely around using meta builds to tackle the most difficult content. 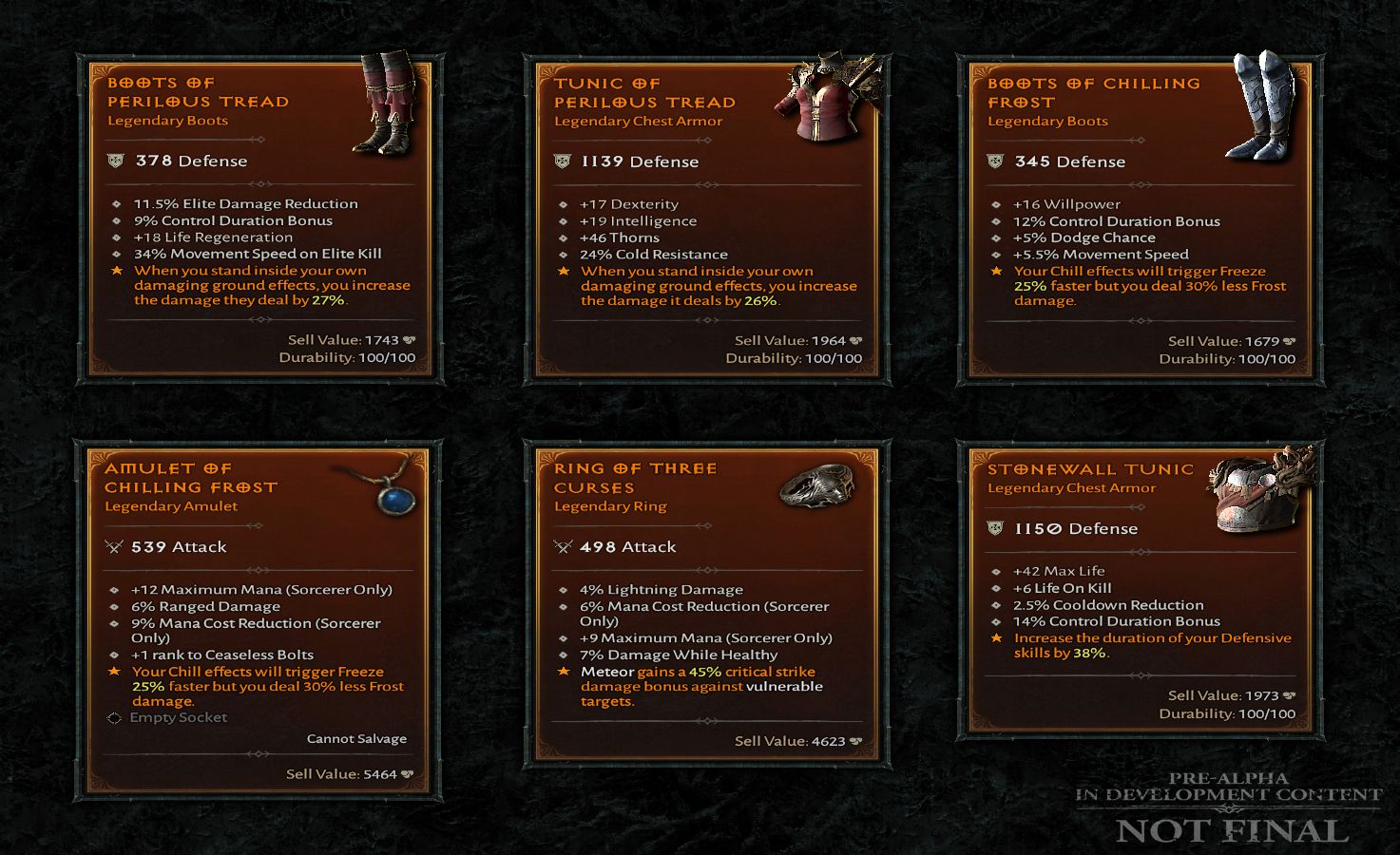 For starters, there is simply the possibility of bad RNG. What if you need one or two more specific Legendary affixes to make your build work, only to spend weeks farming with no avail? What if you manage to find the affix you need after investing a significant amount of time farming, but it rolls on boots that will displace another affix you currently use and need?

This might sound far-fetched, but we need only look at Diablo 3 in its launch period of 2012, when all gear, including Legendary rarity, rolled stats in completely random ways. This was truly the worst possible design for the game, and players were forced to deal with it for nearly two years until the launch of Loot 2.0 with the Reaper of Souls expansion in 2014. All the problems went away once randomness of stats was removed. Now it seems that Blizzard is experimenting with the randomness but throwing in Legendary affixes into the mix to see how it all turns out. 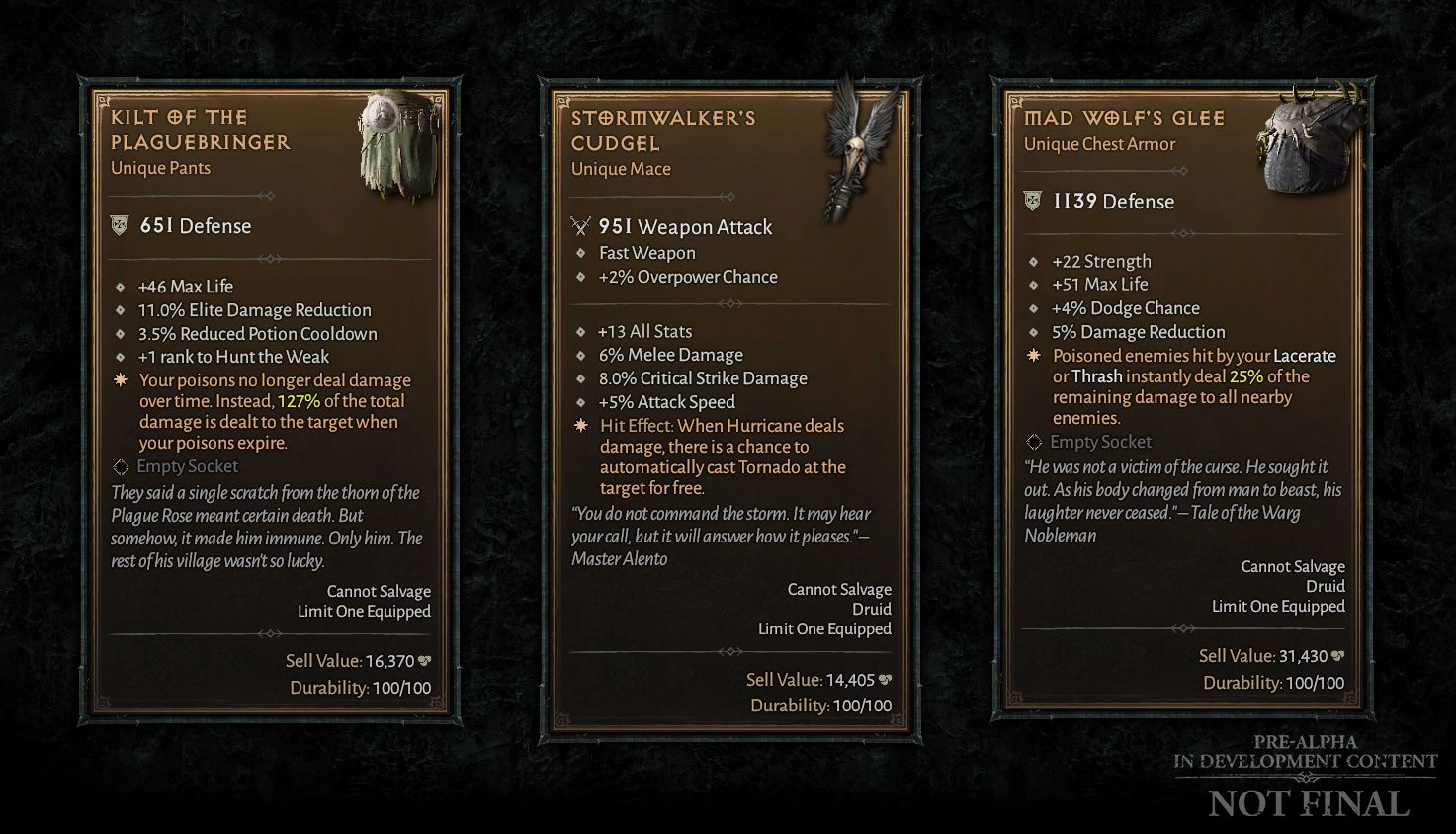 For some manner of consistency in their builds, you will instead look for Unique items. These are items with fixed affixes, and there will be no randomness to their stats. We hope these are more important then Legendary gear, because in their current design, it sounds like players are in for a headache as they farm for gear and hope they get the affix they need.