For as long as the Digital World has existed, there have been those seeking to take control of it. Due to its volatile nature, many have attempted to seize control to shape the Digital World to fit their desires. From the Dark Masters to the Digimon Emperor, there seems to be no shortage of villains for the various iterations of digidestined to go up against. However, there's one group that stands out.

There are very few groups of evil Digimon that appear with as much of a frequency as the Seven Great Demon Lords. While these Digimon are rarely seen together, there is some sort of presence from the group in nearly every depiction of the Digital World. In some cases, one of their members serves as the main antagonist for the digidestined. However, despite their many appearances, many still wonder who exactly these Demon Lords are.

What Is A Great Demon Lord? 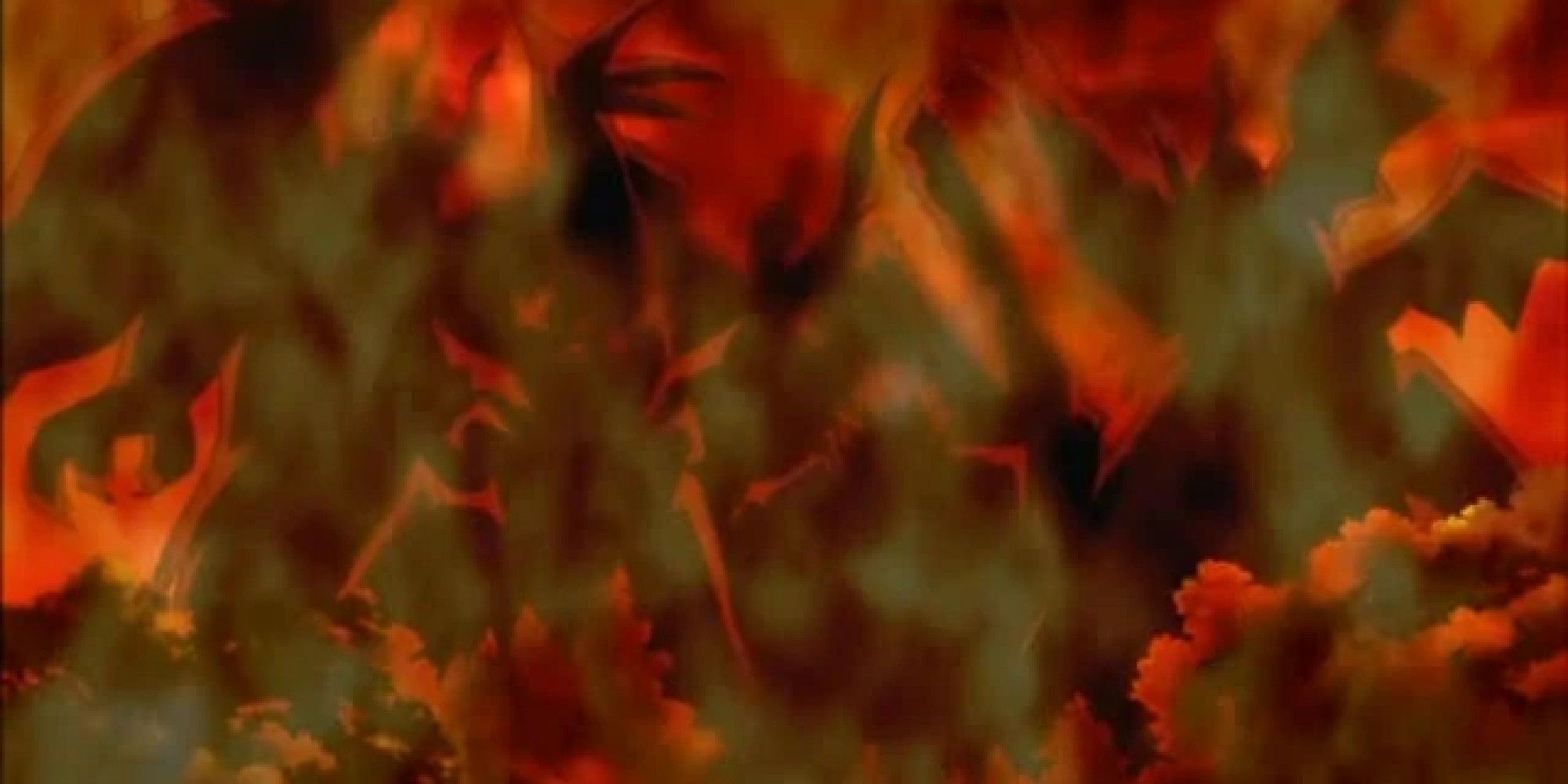 The term "Demon Lord" is a title given to a set of demonic Digimon that possess immense power and whose name carries weight within the Dark Area. There are several Digimon that have obtained the title of "Demon Lord", such as MaloMyotismon, but there have only been seven to gain the honor of being referred to as a Great Demon Lord.

Those that hold this title are unique among other Digimon as they can subvert the lifecycle of the average Digimon. While most Digimon go through rebirth when they die, should they fall to the hand of one of these Demon Lords, their data doesn't return to the world. Instead, their entire code is absorbed into the Demon Lord's very being, not only making them stronger but erasing their victim completely.

The Origins Of The Seven Great Demon Lords 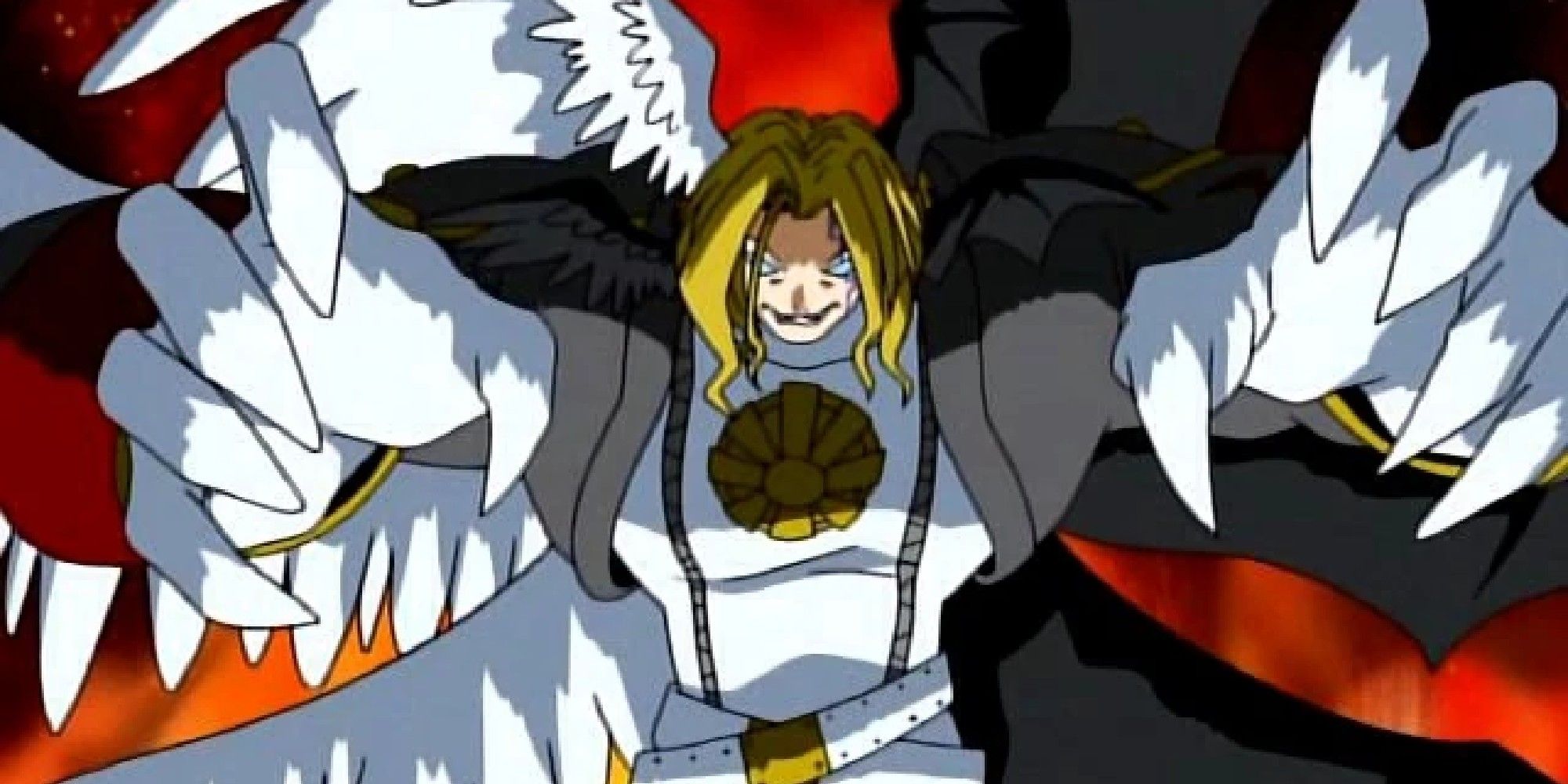 It's said that each of the Seven Great Demon Lords were once angelic Digimon. Not only that, but they held significant standing among the other angelic Digimon to the point of being equal to Digimon like Seraphimon and Ophanimon. However, in a twist of events similar to the story of Lucifer, these Digimon staged a rebellion.

Dissatisfied with the way their 'god' was ruling, the group sought to overthrow them and take control of the Digital World for themselves. They were stopped, thankfully, and their data banished to the Dark Area, an area of the Digital World that serves as both a graveyard where deleted data goes to be reborn and a prison for evil Digimon. The instigators of the rebellion, as well as those that followed them, were sealed within the lowest layers of the Dark Area, leading to this area being populated by Fallen Angel Digimon. 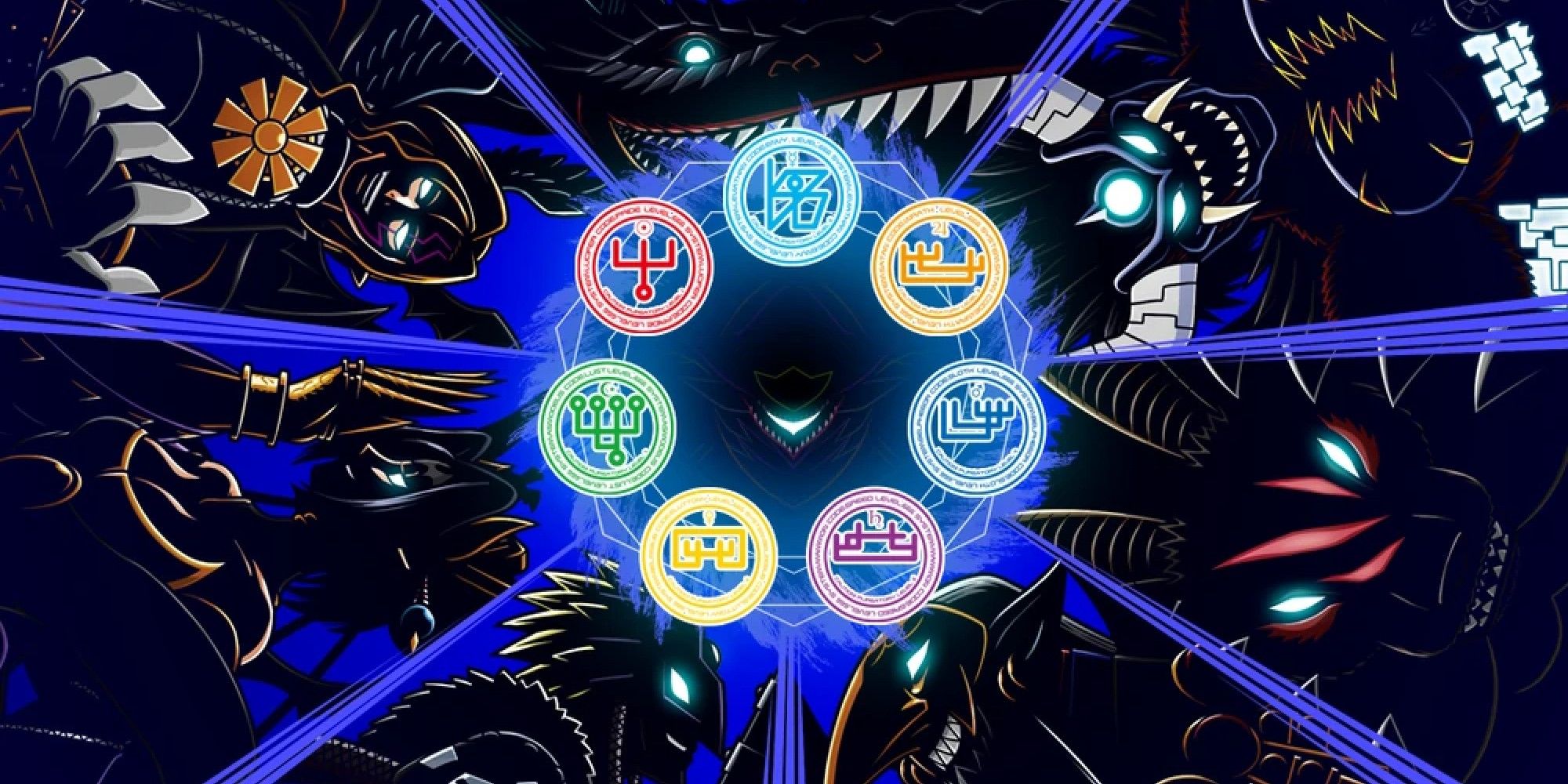 Each of the Seven Demon Lords represents one of the Seven Deadly Sins of man. In terms of their designs and names, they take inspiration from Peter Binsfeld's "Princes of Hell", though two of Binsfeld's princes are replaced with other popular demons in Christian mythology. Each one serves as a ruler within their respective level of the Dark Area and has the right to command Digimon with the designation of "Nightmare Soldier".

As an added note, each of the Sin's X-Antibody form possesses a crest that depicts one of the sigils of the Seven Olympian Spirits, spirits references in Renaissance, and post-Renessaince, books of ceremonial magic. The members are as follows. 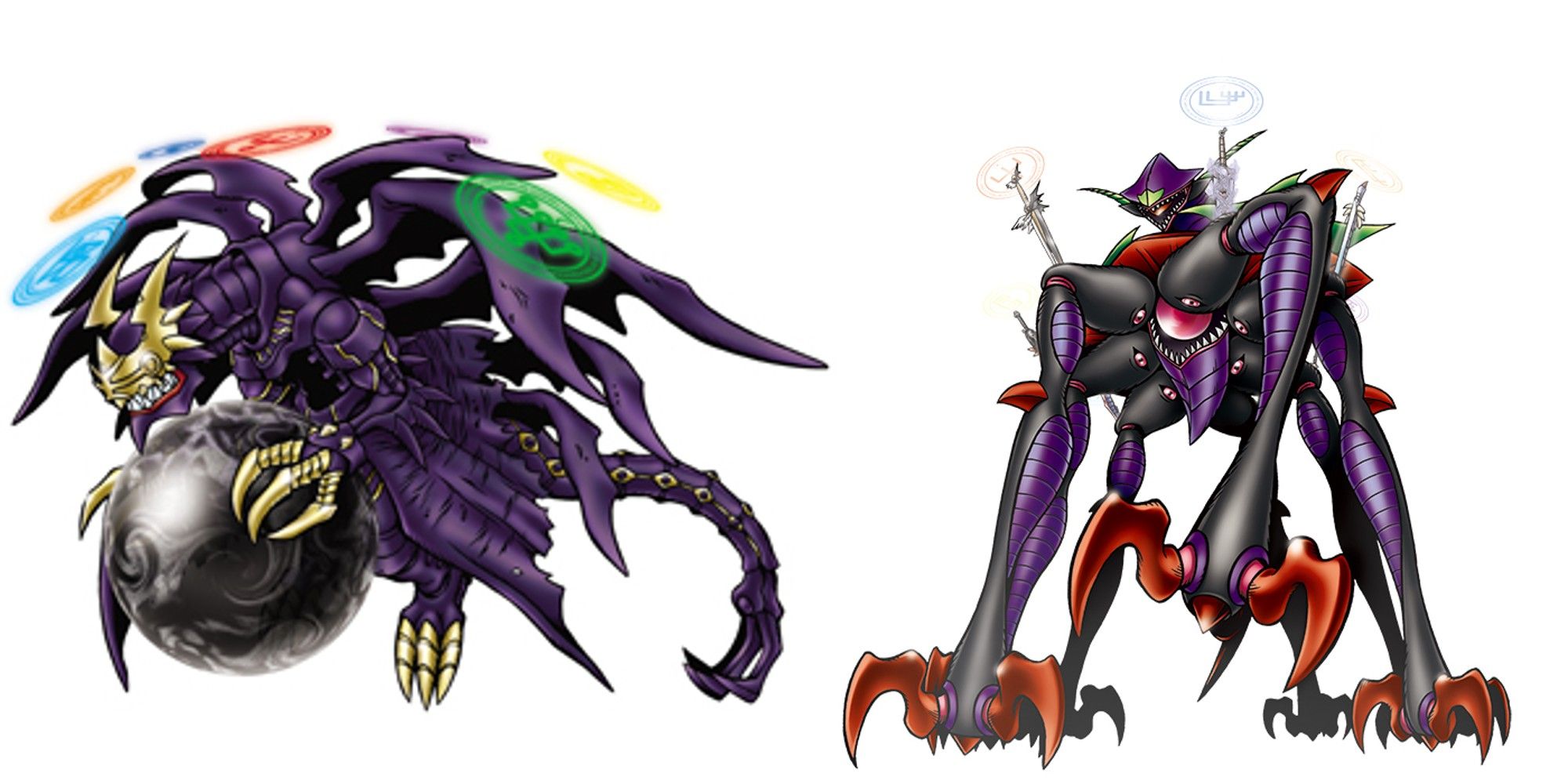 The two Digimon that fall under this title are fusions of the original seven. The first of these Digimon is Lucemon Shadowlord Mode, who takes inspiration from the Dragon of Revelation. The sigils of the Sin float above its head, and it holds an orb of darkness called Gehenna that absorbs all attacks sent its way. The dragon-like creature itself is actually a puppet controlled by the true form of Lucemon, Lucemon Larva, which rests within the orb of Gehenna.

The second and final member of the Super Demon Lords is Ogudomon, a monstrosity of a Digimon with eight eyes and seven long legs. Piercing each of this Digimon's knees is a sword that bares one of the crests of the Seven. It's said that this Digimon carries all the sins of the Digital World, as well as the strength of each Digimon that bares them, making it nearly impossible to defeat.

The Purpose Of The Great Demon Lords 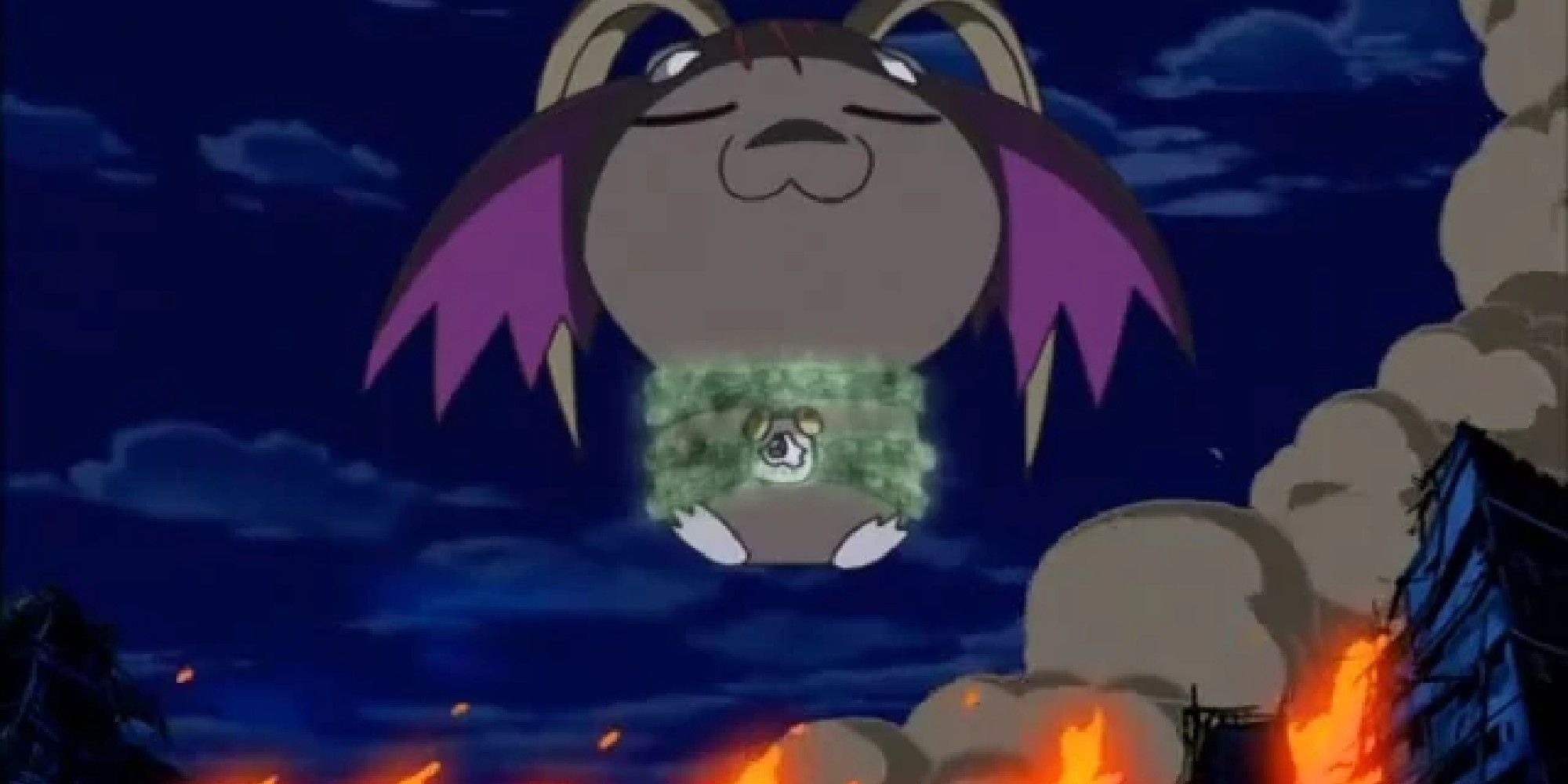 Unlike the Royal Knights, who the Seven have a great rivalry with, this group of demon Digimon doesn't have a direct purpose aside for wreaking havoc. One could say that they maintain some level of stability within the Dark Area, but with how chaotic the Dark Area is, this is most likely not the case. In fact, it's not uncommon for one of the Dark Area's denizens to attempt to challenge the Seven in hopes to gain standing or replacing one of their members. None have returned from such ventures, however.

The only member of the group that has any semblance of a goal would be Lucemon Chaos Mode. They were the leader of the initial rebellion and saw the Digital World as flawed and imperfect. They wished to 'fix' the Digital World by destroying it and rebuilding it from scratch. This mentality is partially due to the Digimon's conflicting energies. With both divine and diabolic energies warring within their body, Lucemon has an innate desire to both destroy and create.

The others, however, are more whimsical in their actions. Most of their attacks on the Digital World were done on a whim, either as a show of power or a simple desire to become stronger. Whatever their reason, whenever the Seven Great Demon Lords appear, it spells disaster for anyone unfortunate enough to be within their vicinity.

Interactions Within The Group 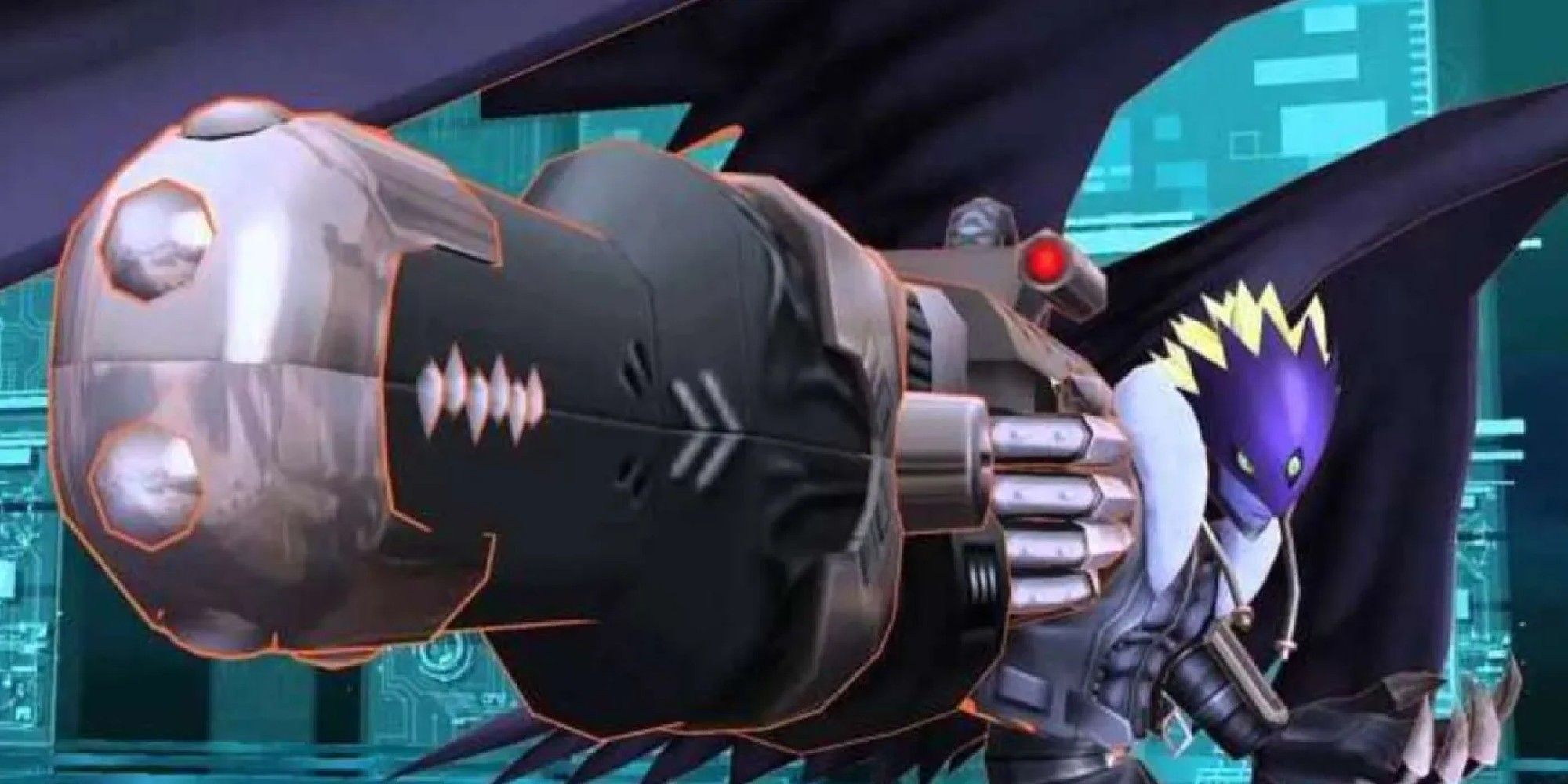 While they are a group, the Seven Great Demon Lords aren't necessarily a cohesive unit. Despite Lucemon being the leader, these Digimon tend to act independently, participating in their own schemes and machinations without interfering with one another. The group went as far as creating separate towers for themselves to remain independent of one another.

Additionally, despite being classified as an evil Digimon, Beelzemon specifically often finds themselves on the side of good. Nearly every iteration of the Digimon of Gluttony has them losing to the series' protagonist before joining them out of a respect for their strength or a sense of atonement. Despite this consistent change of heart, Beelzemon is still classified as one of the Seven Great Demon Lords and has yet to fight against one of the other members as to honor their non-aggression pact.