Indie video game developer Chaosmonger Studio and publisher Assemble Entertainment have recently published more delightful details on their upcoming point & click adventure game Encodya. In the ENCODYA Featurette #1 Trailer, Chaosmonger Studio CEO Nicola Piovesan describes some behind-the-scenes info on the making of Encodya, and shares their opinion on what the most important feature of the game is.

Last month, the studios announced the January 26, 2021 release date for Encodya, along with a Gameplay Trailer and listing on Steam and GOG. This month, the studios are back with the featurette video published over on Assemble’s YouTube channel, revealing a closer look at the one-person Chaosmonger Studio along with more insight into its first video game.

Piovesan covers three main points about his work in developing Encodya in the video, starting with a short personal introduction to share more about their own background. They come from the filmmaking and film-producer fields, having previously creating and directing the short animated film Robot Will Protect You. That short happens to be the basis for Encodya. For the game, they alone created the concept and game design, and handled the art, coding, and other aspects. A small indie team assisted with music, sound design, animation, and 3D models.

Piovesan continues by describing what Encodya is, along with disclosing some of the game’s influences. They state Encodya is an adventure game done in the style of the Monkey Island video game series, including attempting to strive to that game’s level of humor. Visually, they worked to make the game’s setting look and feel similar to the futuristic cyberpunk dystopia of Blade Runner, but also with a healthy dose of Studio Ghibli inspiration worked into the characters and environment. 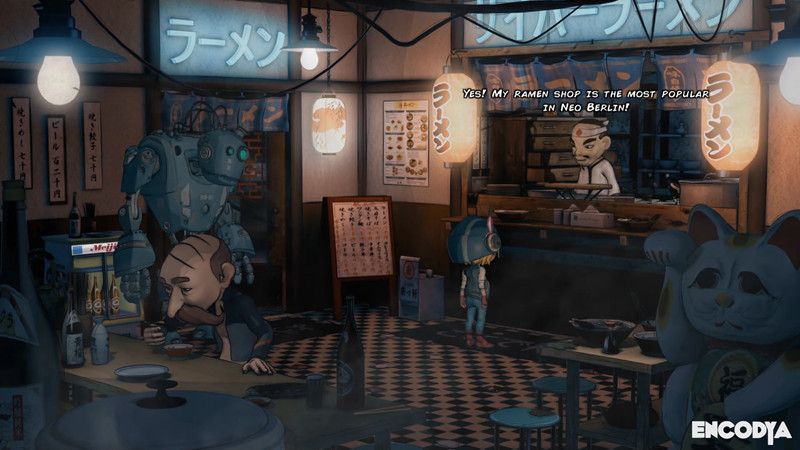 Lastly, Piovesan says the most important feature of Encodya is the game’s level of immersion, which all of the aforementioned factors help in developing during gameplay. A lot of attention was given to creating the universe, including both visually and through the sound design. Also helping to get players immersed into the game world is the ability to switch between Tina and SAM, the two main characters. Tina encompasses wit, and SAM is the strong one, and you’ll need to use both wit and strength to solve puzzles during their adventure. Playing as both characters also work to help players get to know each character and become attached to them, further driving the game’s immersion factor. 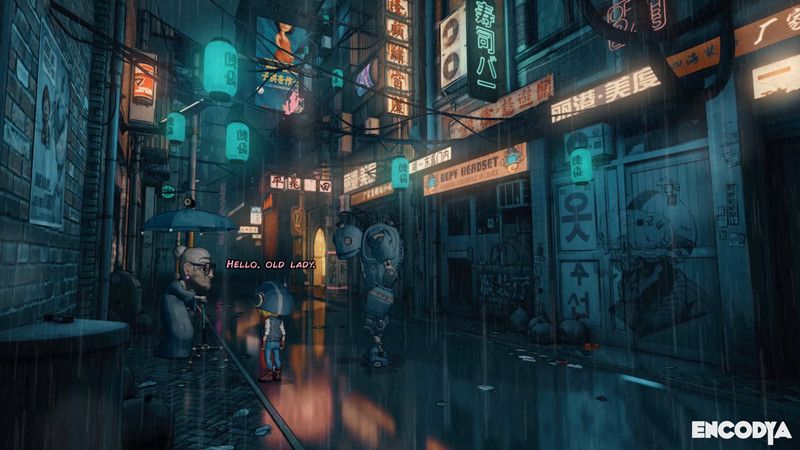 The video ends with a note informing of another featurette video on the way, so be sure to follow Encodya’s Twitter channel for that and other updates.