Disgaea 6 is the ultimate grind. In a game where levelling to 99,999,999 is the end goal, being asked to restart that climb is a tall order. I mean, why would you ever willingly choose to go from 99,999,998 and drop all the way to level one? It sounds like a joke – a ruse that a playground mate might tell you for a laugh.

What Is Super Reincarnation? 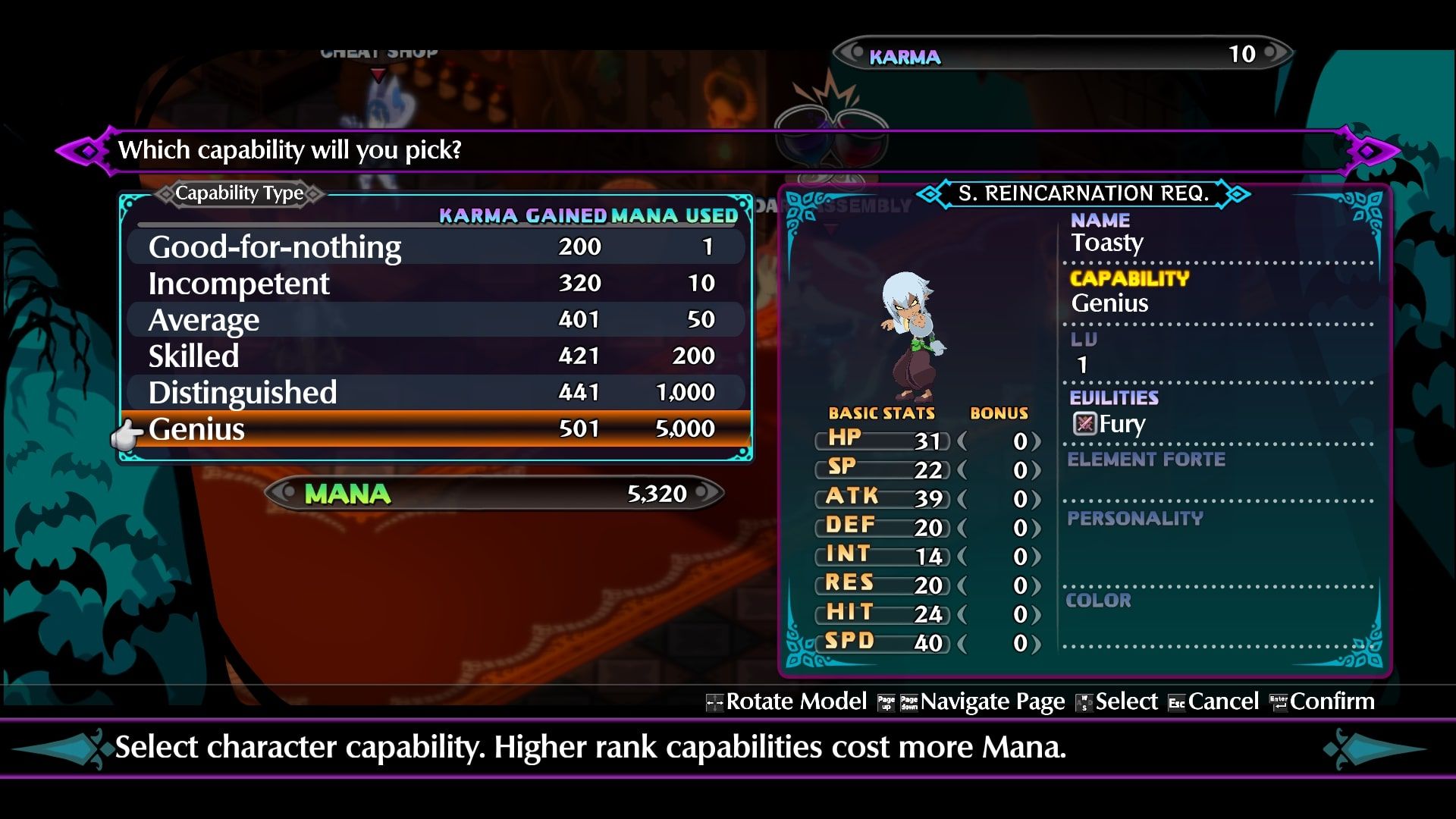 Super Reincarnation is a system in Disgaea 6 that allows you to take a character, and reset them back to level one. It doesn’t matter what level you were before Super Reincarnating – you will be level one when you use this system, and that can be a difficult pill to swallow.

Reincarnation has always been a major system in Disgaea, and the sixth entry is no different. The truth of the matter is, whilst levels are important, your stats and their growth are vastly more so. Super Reincarnation allows you to make characters, at level one, who are more powerful than they were thousands of levels higher.

Why Should You Super Reincarnate? 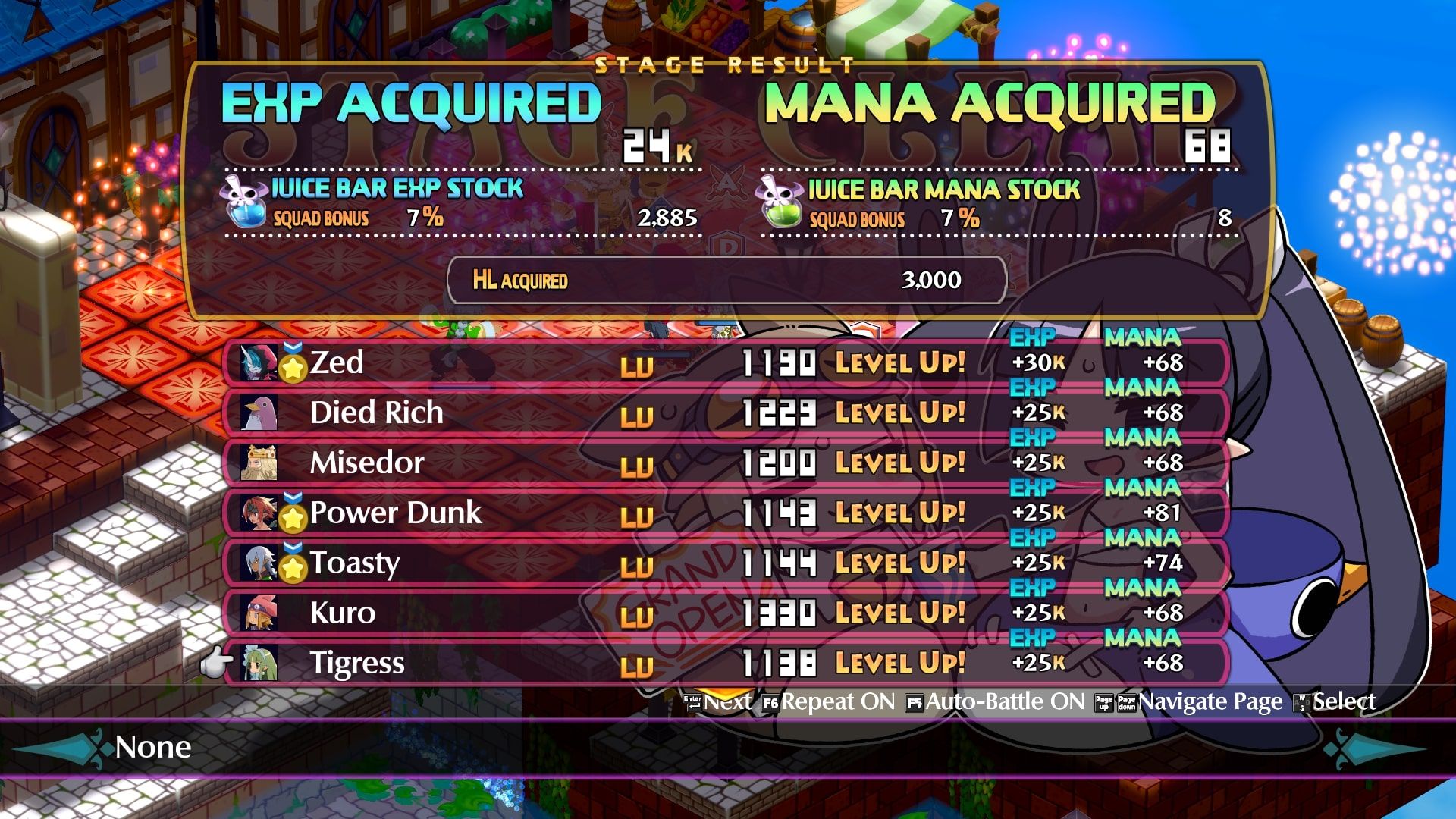 Another huge advantage to Super Reincarnation is that you will rapidly regain levels until you reach the level you were before. Disgaea 6 has you gaining levels in the hundreds by default – so that put into overdrive means your piddly level one, Super Reincarnated Star Witch will be back to her usual level staggeringly quickly.

In reality, Super Reincarnation knocks you down a peg for maybe a stage or two. After that? You are ready to rock.

Evilities are powerful passive abilities you can purchase with Mana. These are split into class and character-specific, as well as generic. These can drastically increase your abilities in combat, among other things. The catch? They tend to be expensive.

Super Reincarnation will always give you a free, random Evility. These can be completely worthless on a character depending on what you get, but, you can convert that Evility into a scroll to teach another character. You can also sell the Evility for Mana, allowing your next Super Reincarnation to be more powerful.

The final reason for Super Reincarnate is to change classes. There are buckets of classes in Disgaea 6, and you can mix and match classes to your heart's content. Not everything will transfer over of course, but if you want your Fire Witch to know Ice and Wind Spells, then there is no harm in changing her speciality during Super Reincarnation. 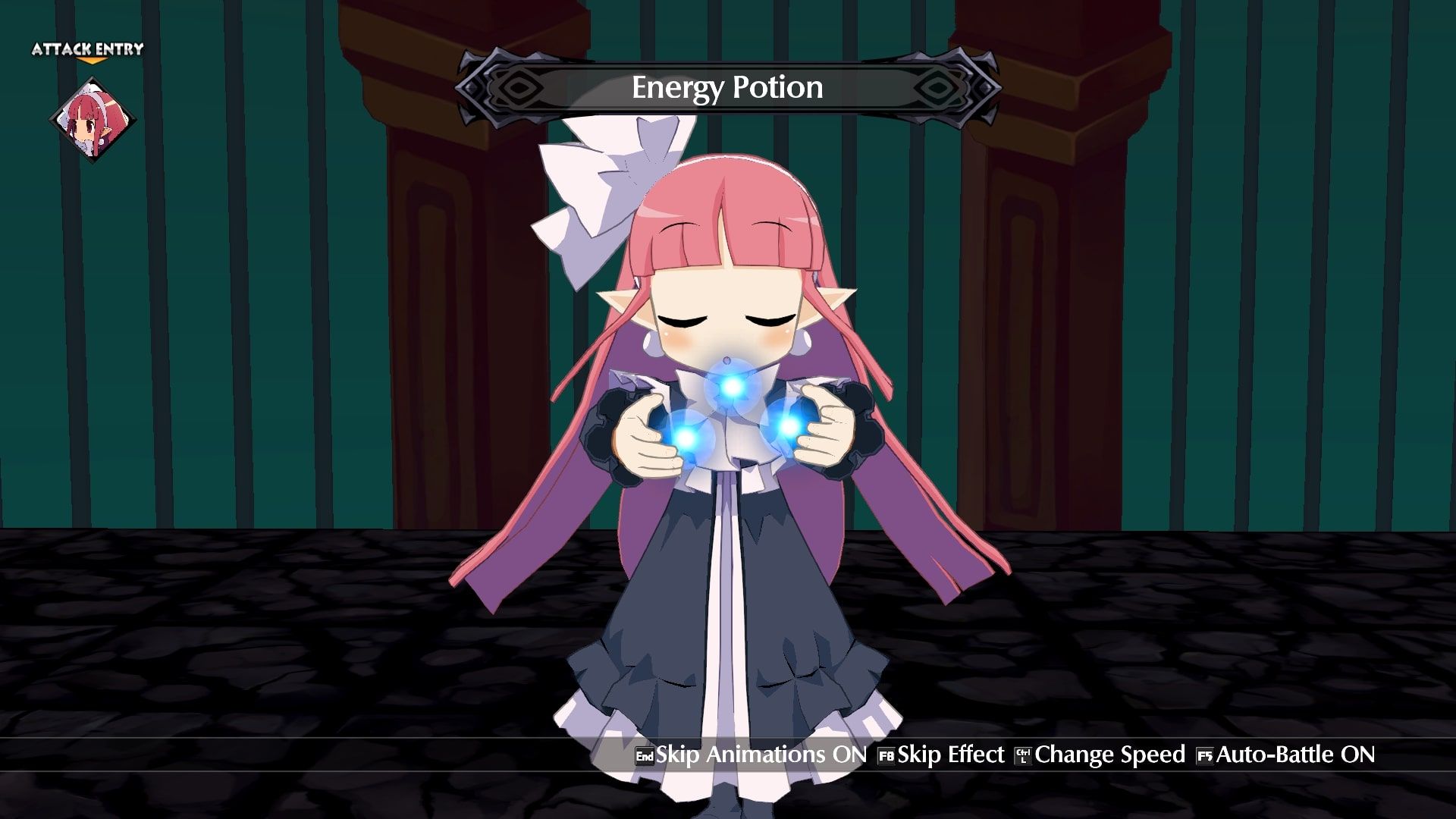 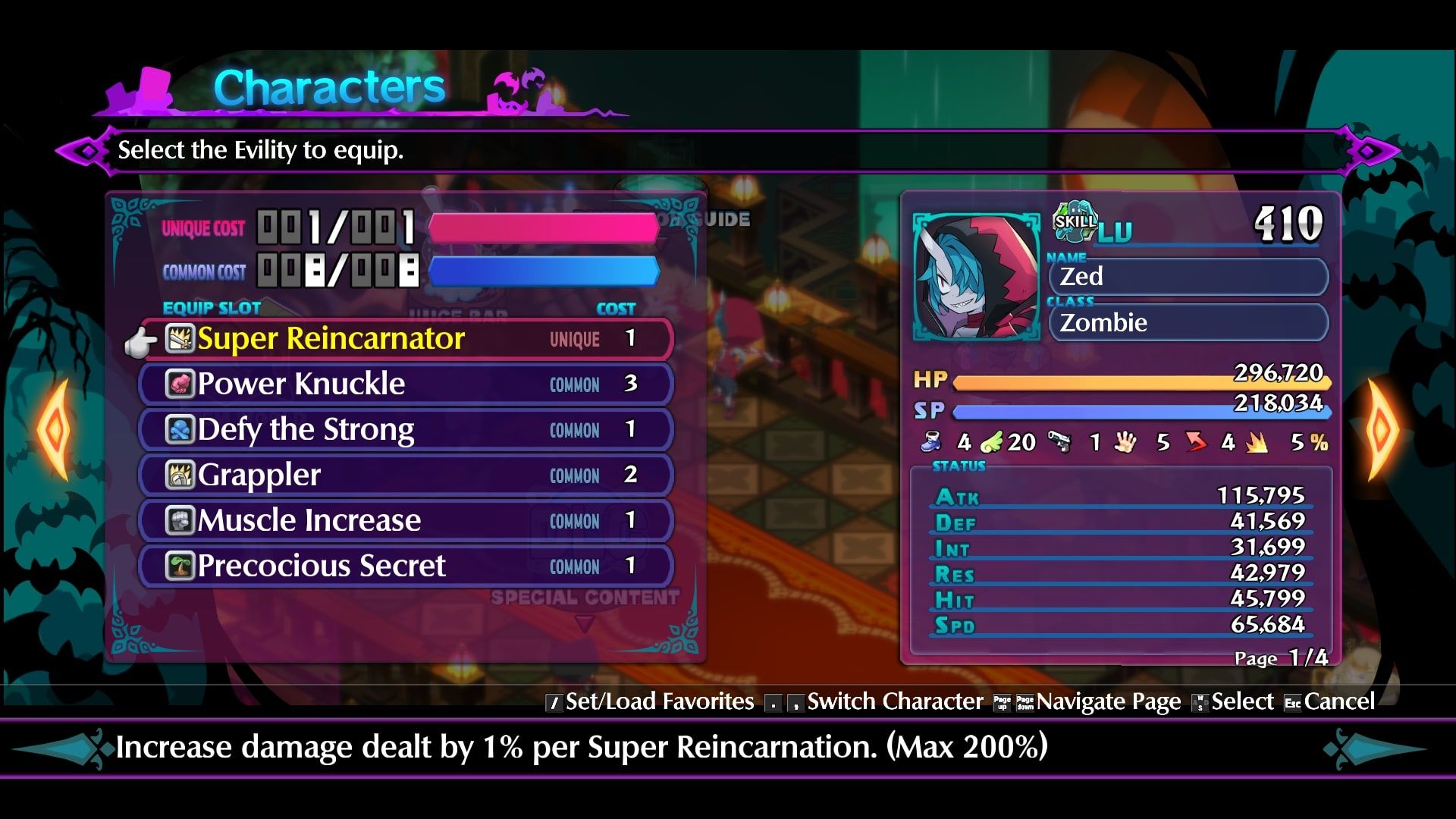 This makes a Super Reincarnated Zed at least 3x more powerful than a Zed who has not done any – and that is without taking into consideration the base benefits of the system. Zed is an absolute powerhouse.

You still want to plan your Super Reincarnates to be effective. Make sure you have plenty of Mana and complete your D-Merits to gain bonus Karma. You want each Super Reincarnate to be more than a 1 percent increase in damage after all.