Dragon Age is beloved for (among other things) its deep lore and intriguing characters. The story expands beyond the series of video games into books, comics, miniseries, and more. The most dedicated fans can spend hours reading what is essentially a lore textbook and falling down every rabbit hole they come across.

The only downside? Not everyone explores the lore beyond the games, so some mysteries get left unsolved. That's why we're here to help you understand one crucial question you may have had about a fan-favourite character: who was Alistair's mother?

What You Learn About Alistair In Dragon Age: Origins 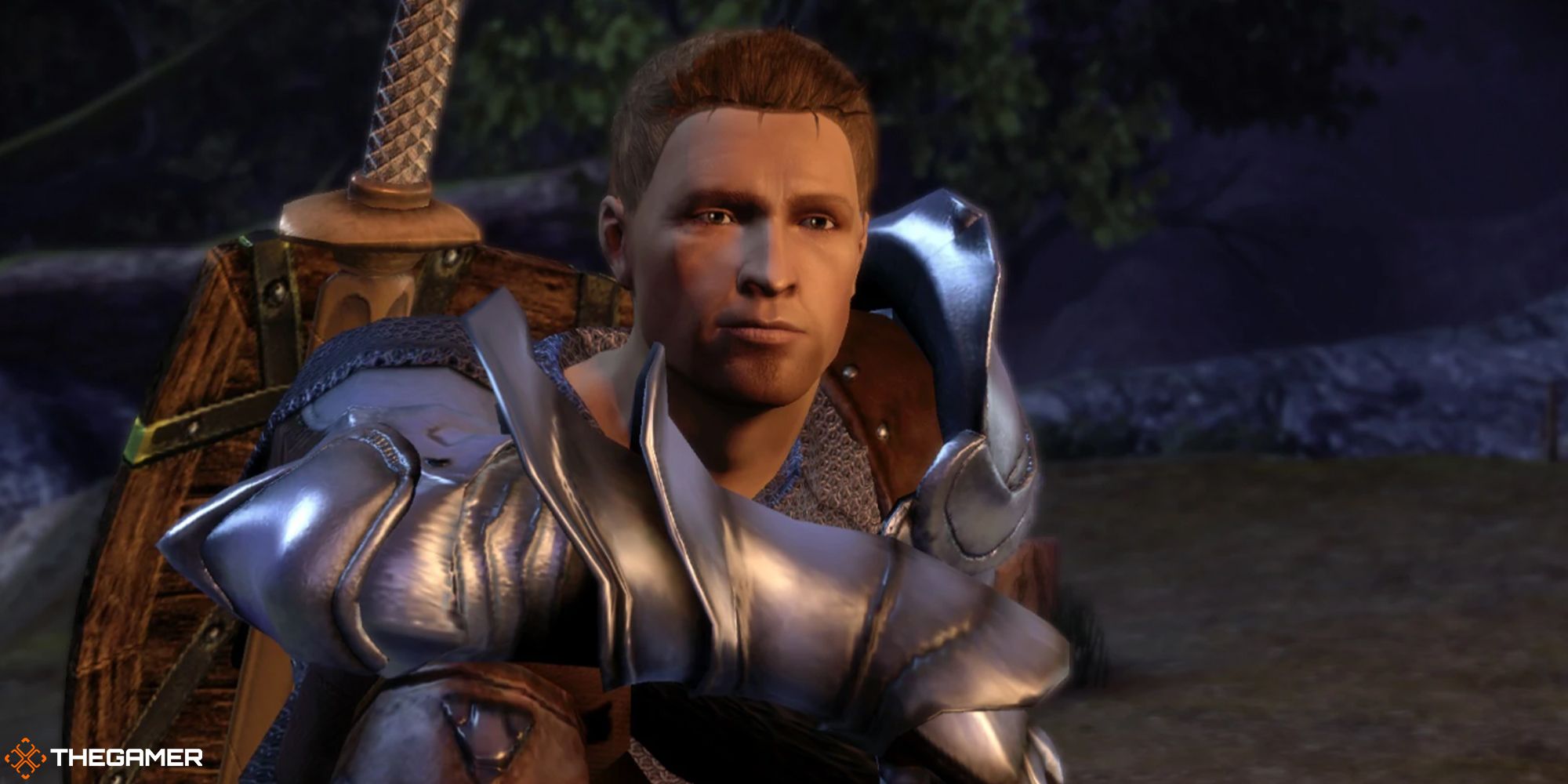 In Dragon Age: Origins, Alistair is your goofy, puppy-dog companion (not to be confused with your literal pet dog companion), who accompanies you through almost the entire game as a fellow Grey Warden.

From playing the game, we know that Alistair was born in 9:10 Dragon and grew up as the ward of Arl Eamon Guerrin in Redcliffe. He was always told that his mother was a servant who died when he was born. Alistair's home life wasn't great, as Arl Eamon's wife, Arlessa Isolde, didn't believe the story that Eamon had told; she thought Alistair was secretly Eamon's bastard, and she resented Alistair for what he represented.

As a result, the Arl and Arlessa sent Alistair off to the Chantry at the age of ten, where he was trained as a templar. While he was a skilled warrior, he wasn't particularly religious. When he participated in a tournament to honor Duncan, the Commander of the Grey, Alistair jumped at the chance to become a Warden.

Depending on the order in which you complete the game and your relationship with Alistair, you'll eventually learn in Dragon Age: Origins that he is actually the illegitimate child of the former King of Ferelden, King Maric, making him the brother to King Cailan and also giving him some claim to the throne. Arl Eamon took Alistair in because King Maric's wife, Queen Rowan, was Eamon's sister and he wanted to spare her the pain and humiliation. 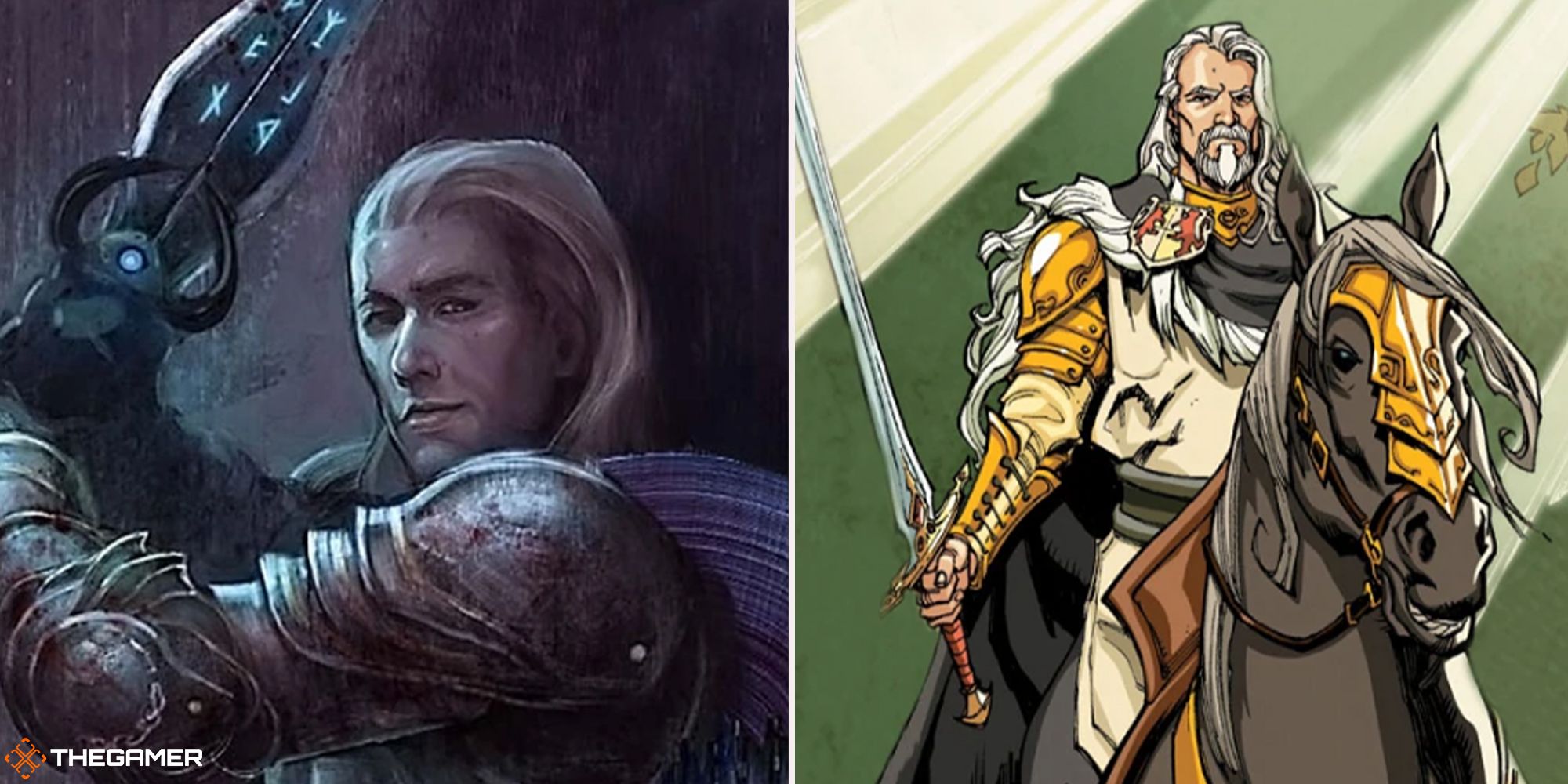 King Maric, the former King of Ferelden, was famous for overthrowing Orlesian rule in Ferelden and making the nation independent again. He was betrothed to his future wife, Queen Rowan, as a child, but as a young man, he held no romantic feelings for her like she did for him. He knew their marriage was best for Ferelden, however, and eventually grew to love her. They had a son together, Cailan, who appears as the King at the beginning of Dragon Age: Origins.

After Rowan died of an illness, Maric was beside himself with grief. As an escape from his castle and son, who he felt he had failed, Maric agreed to lead a Grey Wardan mission to the Ortan Thaig. On the journey, he got to know a number of Grey Wardens, including Duncan and an elven mage named Fiona.

Maric and Fiona became lovers during their time travelling together, and Maric went so far as to invite her to live with him in Denerim — though she declined due to her duties as a Warden. During the time they were together, Fiona became pregnant with Alistair. She met with Maric later to give him his son, and Duncan agreed to keep an eye on the boy in honor of his relationship with both Maric and Fiona. 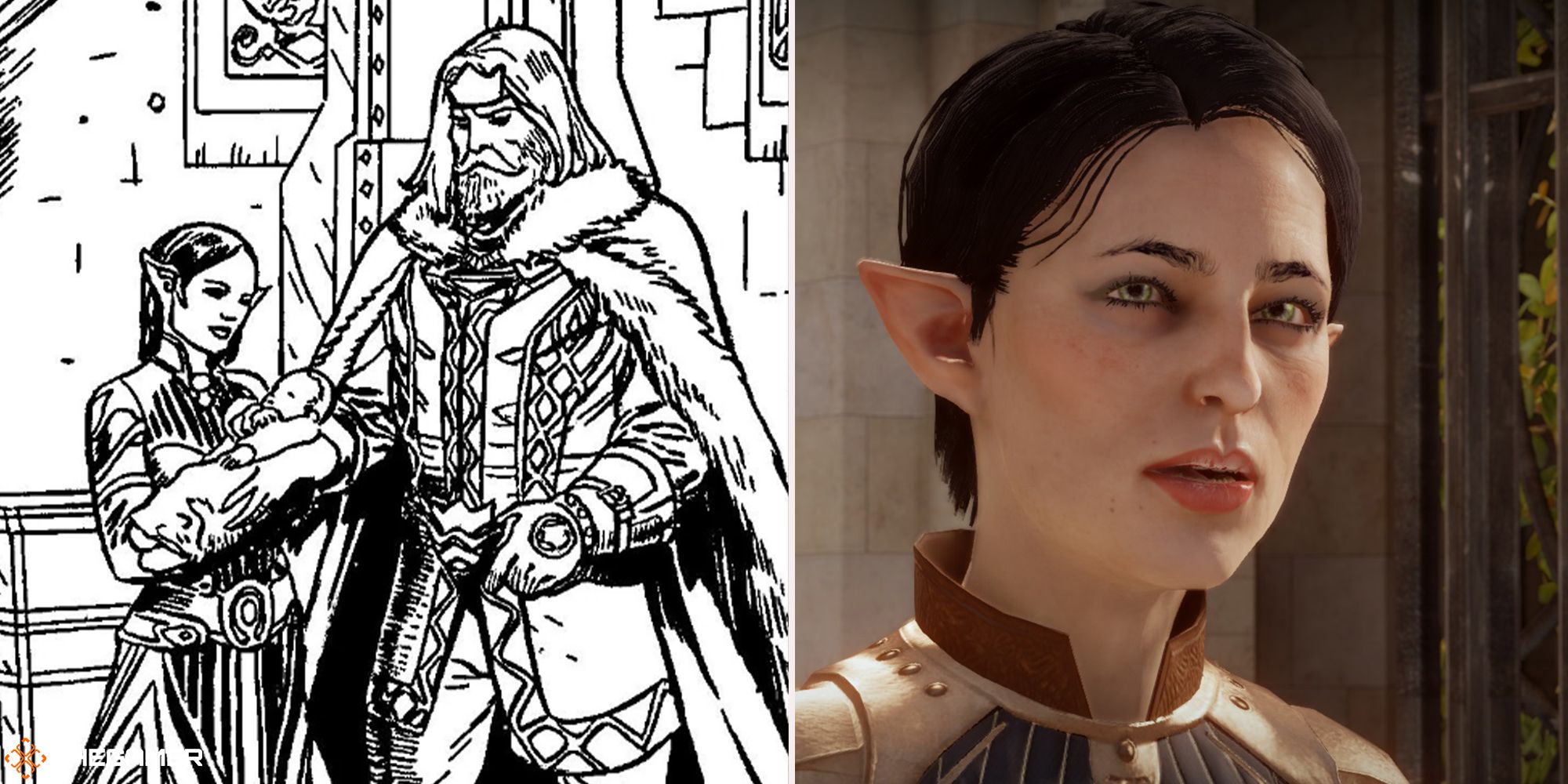 Alistair's mother, Fiona grew up as an elf in an alienage in Orlais. Alienages are famous for their poor living conditions, and Fiona's was no exception. After being orphaned and alone, Fiona was eventually captured by slavers and sold to a Comte who abused her. She discovered she was a mage during this time and managed to kill the Comte. His widow sent her to a Circle of Magi after his death.

When Fiona encountered Grey Wardens at the Circle, she begged to be allowed to join them. This ultimately led to her meeting with King Maric. When she gave Maric their son, she demanded that he would tell Alistair that his mother was human and dead. Her insistence was partially due to the terrible circumstances she had experienced as a young elf, and, since half-elf children look human, Alistair could be raised with none of that horror in his life.

After giving birth, she returned to the Grey Wardens, but didn't stay there long. During the same events where she met Maric (in the book Dragon Age: The Calling), Fiona was also cured of the Taint. This was the first time any Grey Warden had ever been cured, and it resulted in a lot of resentment from other Grey Wardens because she would never have to undergo the Calling when the Taint finally overcame her. She returned to the Circle and eventually rose to the role of First Enchanter, then Grand Enchanter (essentially, the leader of all Circles of Magi).

In Dragon Age: Inquisition, Fiona can have two fates. If the Inquisitor chooses to recruit the mages, Fiona survives and joins the Inquisition as the mages' representative. If Alistair is still alive as either the King of Ferelden or a Grey Warden, she will ask the Inquisitor about him but will not reveal her identity as his mother. However, if the templars were recruited to the Inquisition instead, Fiona is forced to join the Venatori. She attacks the Inquisitor during the battle at Haven, leading a wave of soldiers, and is killed.