Once they reach Gran Soren, players in Dragon's Dogma can receive a quest called "Land of Opportunity" from the merchant Fournival. It requires speaking to a series of NPCs who don't want to be found – and with good reason. Players often have trouble finding all of them, but never fear – this guide will help you track the right people down with ease.

While the quest itself might leave a bad taste in some players' mouths, the outcome might not necessarily be what you expect. Carefully consider the ramifications of your actions when deciding how to finish Land of Opportunity.

Fournival can be found walking the streets of Gran Soren. When you speak to him, he tells you that he is trying to sell some land he owns, but he can't do so until he has evicted his tenants. He doesn't want to go through the hassle of doing the whole thing legally and hopes that a few words from the Arisen will convince the tenants to leave willingly

You'll need to speak with each of the three family members living on the property – Jasper, Sara, and their son Pip. The parents are easy enough to find, but Pip runs off when approached, forcing the player to find him a second time.

Pip himself is on the grounds of Fournival Manor. When the Arisen asks him to consider vacating the property, he runs away. You'll find him next on top of a barn in the Craftsman's Quarter – the building he's on can't be scaled, but you can climb to a nearby roof and jump across. Talking to Pip on the roof causes him to flee again. This time he heads to the Urban Quarter, where he hides under a bridge.

When you speak to Pip underneath the bridge, he will run away yet again, but this time you'll have to chase him manually. Catch him this final time and Pip will agree to move.

Once you've secured Pip and Sara's consent to leave Fournival's property, return to Jasper. He will agree to move, but only if the player gives him 30,000 G to cover moving expenses. Once Jasper has been paid, return to Fournival to get your money back, plus an additional 10,000 G for your trouble.

Alternately, you can talk Fournival out of evicting the family. Once you've spoken to all three family members at least once, speak with Fournival. For the sake of expediency, he offers a compromise; he will sell the land to the Arisen for 80,000 G, which allows the family to stay while Fournival gets the liquidity he's after.

If you buy the land, speak to each family member to tell them the good news and you'll receive an item from each. Pip offers you a Pretty Stone, Jasper gives you and Antique Panoply, and Sara rewards you with a Matured Greenwarish. 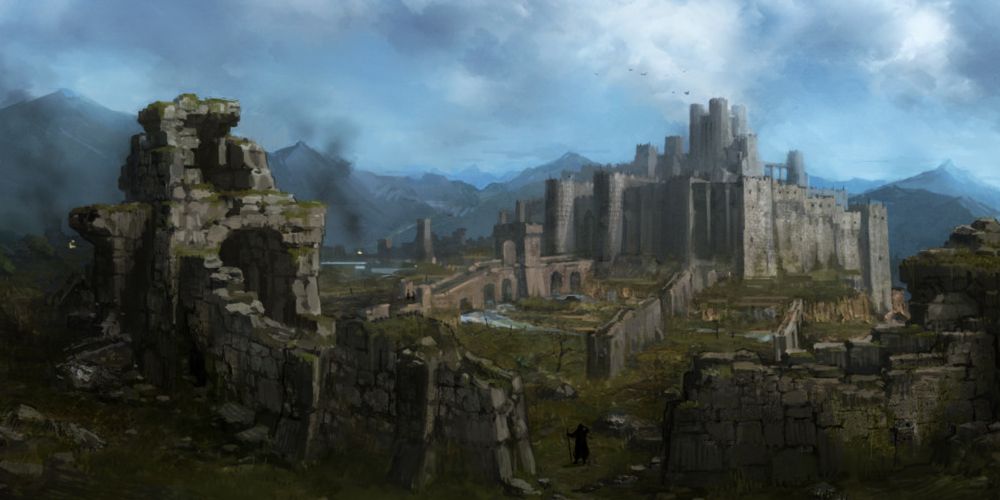 As it turns out, getting the family to leave Fournival's land saves their lives in the long run. If they're still living there, the three are affected by the collateral damage from the game's final battle.

If you convince Jasper and his family to move, they can be found in the post-game outside the city in the Refugee Area. Pip expresses his gratitude to the Arisen for getting the family to move, stating that the house was a crumbling death trap.

If you purchased the land and allowed the family to stay, Pip can be encountered in front of Camellia's Apothecary after the main storyline has been completed. He informs the player that his parents were killed during the destruction of the Urban Quarter.