Before we even start talking about this new tabletop RPG system that is currently getting funded on Kickstarter, let’s just talk about the sheer quantity of fantasy layers in .dungeon.

.Dungeon is a game system where the players are imagining themselves playing a fantasy MMO, but it’s on a table. And fantasy MMO’s are digital representations of a fantasy world, which are themselves imaginary narratives that are mutually agreed upon by the players. That’s three layers deep and we haven’t even discussed the game’s actual mechanics, which are thankfully much simpler to understand.

We have John Battle to thank for creating .dungeon, taking inspiration from games like Sword Art Online and .hack//, as well as a little bit of Digimon thrown in for good measure. The idea is to create a virtual MMO on the tabletop using concepts and nomenclature that any gamer will understand.

Players have six stats related to the game. RNG determines how lucky a player is; Meta represents their knowledge of the game world, System is how much they understand the inner workings of the game world; Tilt is a player’s ability to remain calm under pressure; Charm is their ability to invoke real-world presence in the virtual world; and Perception is a player’s physical awareness in a virtual space. Each stat is assigned to either a D4, D6, D8, D10, D12, or D20, and those dice are then used in contested rolls against monsters, skill checks, or anything else the GM thinks of.

And of course, if the player can come up with a good excuse as to why one stat should apply over another, they can ensure they get to roll their higher stat. 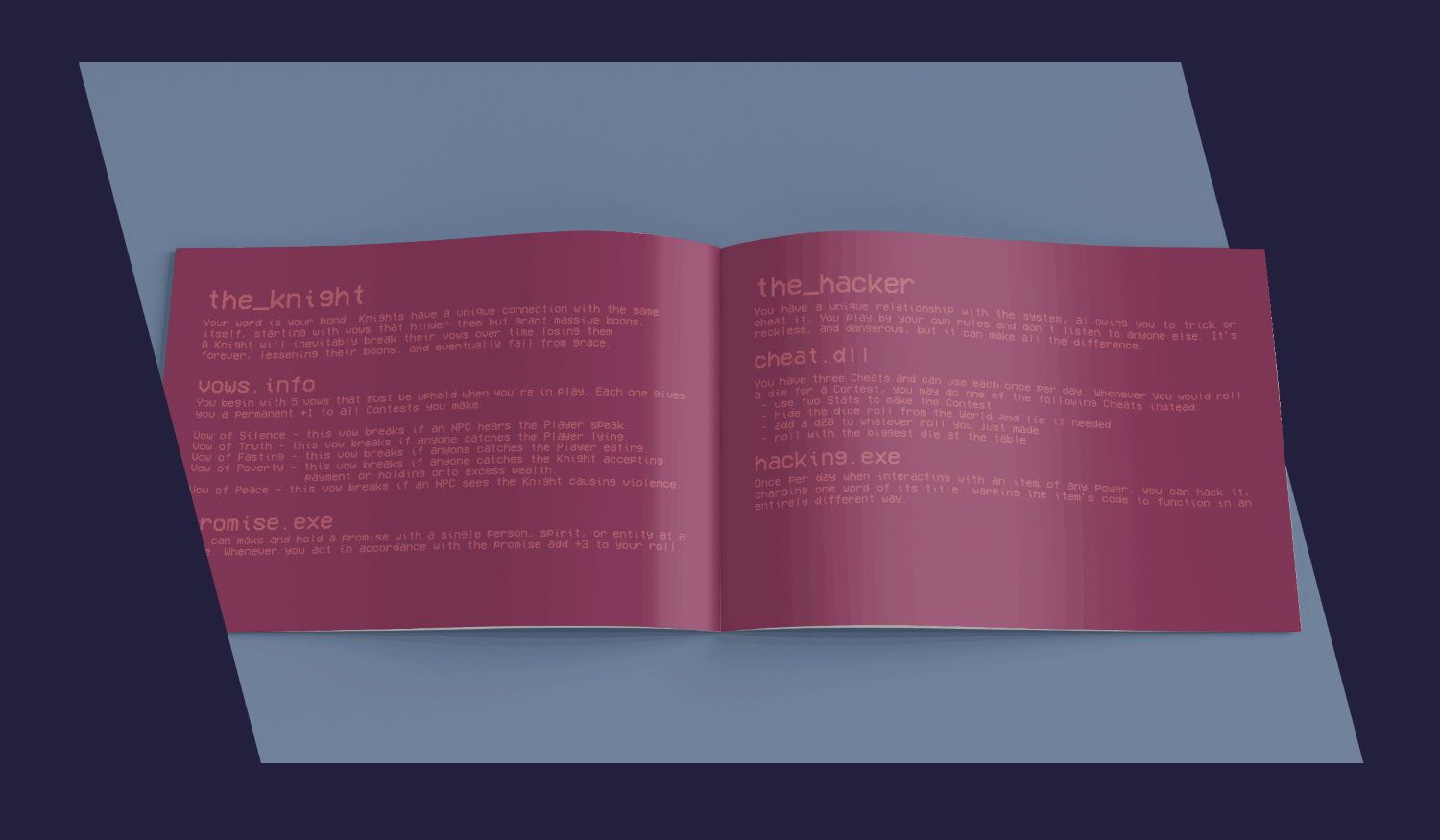 Instead of HP, players have Connection, and once it’s lost the player is “dead” in the sense that they’re no longer in the game world. But don’t worry–players can respawn, or come up with some other reason why they’re suddenly no longer in the virtual world. It’s all just a game, after all.

.Dungeon currently has $6,633 pledged towards its goal of $3,600, so that means it’s heading for its first stretch goal of $4,000 to create an audio version of the core rulebook. The Kickstarter goes on for another 26 days and is expected to start mailing out packages in February 2021, but you can get a teaser of what to expect from Itch.io. Note that this rulebook is subject to change by the time the Kickstarter ends.