In not-so-good news for Sony and its fans today, Horizon Forbidden West's pre-release build for PS4 seems to have leaked ahead of its February 18 launch date. Spoilers began circulating online, so you'd better pray you won't run into some of the most essential story twists.

One of the most anticipated games of 2022, Horizon Forbidden West from Guerrilla, might suffer a similar fate to The Last Of Us Part 2, which ended up with crucial plot twists surfacing online months before its launch back in 2020. While Forbidden West is an open-world title with much more emphasis on gameplay mechanics rather than the story, it might be a wise move to stay aware of any potential materials from unofficial sources. And before you ask — this article contains no such spoilers.

Initially, some Horizon Forbidden West PS4 screenshots with Russian subtitles appeared online, with Sony quickly reacting and taking them down due to "a report from the copyright holder." VGC sources later confirmed that the leak is real, and the build of the game contains all the content planned for the final product, except for some missing assets and other minor improvements. 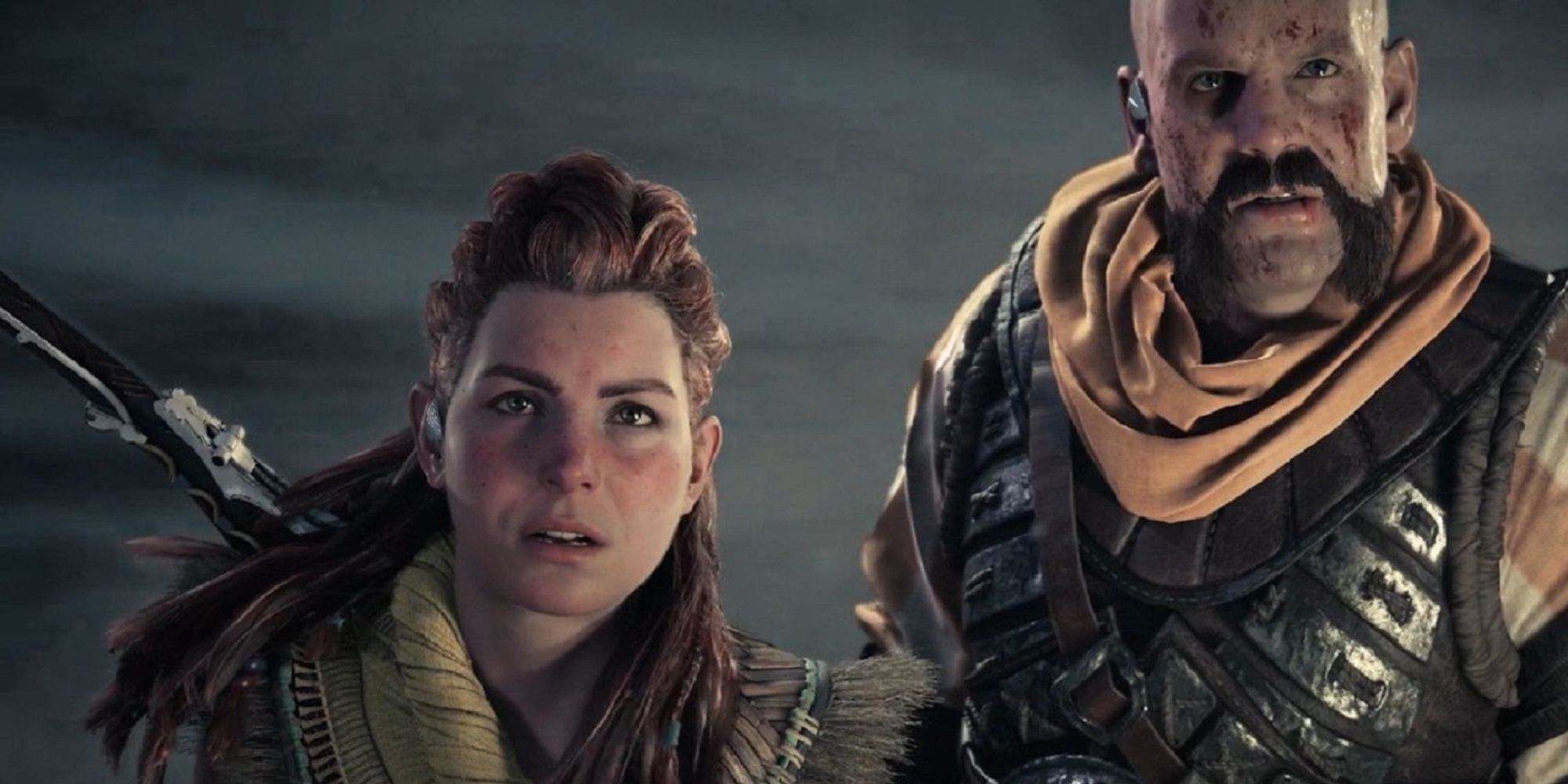 The leaked images show Aloy in some undergrowth with a companion, and Aloy stalking a machine through dense vegetation in a small canyon.

It is believed that hackers were able to gain access to the unauthorized game files with jailbroken PS4s. This also happened to Elden Ring in December: dataminers gained access to key plot points, characters, and endgame content, and shared the data online.

At the time of writing, the Horizon Forbidden West PS4 build does not appear to be circulating on file-sharing sites, though it may surface in the coming days. As mentioned above, Sony is aware of the situation and is doing whatever it can to stop the spread of the leak.

For some official details, be sure to check one of the most recent insights, revealing Aloy will explore the West less on her own and more with different companions like Erend. Such an approach gives additional depth to the story and a sense of "realness" to the world.