EA didn’t hold a press conference today, nor did it leave any room in its published stream schedule for any unannounced games—but they do exist! There’s no Battlefront III, no Need for Speed on display, and definitely no Skate 4. But in a behind-closed-doors presentation, EA did recommit to a stable of pseudo-indie studios, including returning stars A Way Out’s Hazelight and Fe’s Zoink, plus Velan Studios and Glowmade. We also saw more footage of Jo-Mei’s upcoming Sea of Solitude (pictured above), which releases July 5.

Unfortunately Hazelight’s Josef Fares wasn’t in the room for questions, though in a prerecorded message he had some choice words about indie studios, saying they’re about “Fun, focus, and” another F-word that my editor probably doesn’t want me to publish. Gotta love Josef.

We didn’t get many details what Fares and Co. are working on though, which is a shame. I’m curious what he follows up A Way Out with, if only because Hazelight’s games are always weird and unique. A Way Out wasn’t perfect, or even good at times, but it was certainly memorable. All Fares said is “It’s co-op again…You’re gonna love it.”

Velan didn’t announce anything either. Founder Karthik Bala was on-hand to say it was an online live-service game, with a lot of rhetoric about “nothing you’ve seen before,” but…that’s it. Maybe we’ll see Velan and Hazelight at EA Play 2020.

Zoink announced Lost in Random though, described by Klaus Lyngeled as a “light RPG” with a significant random component. That sounds like a rogue-like, though nobody used those words on-stage. 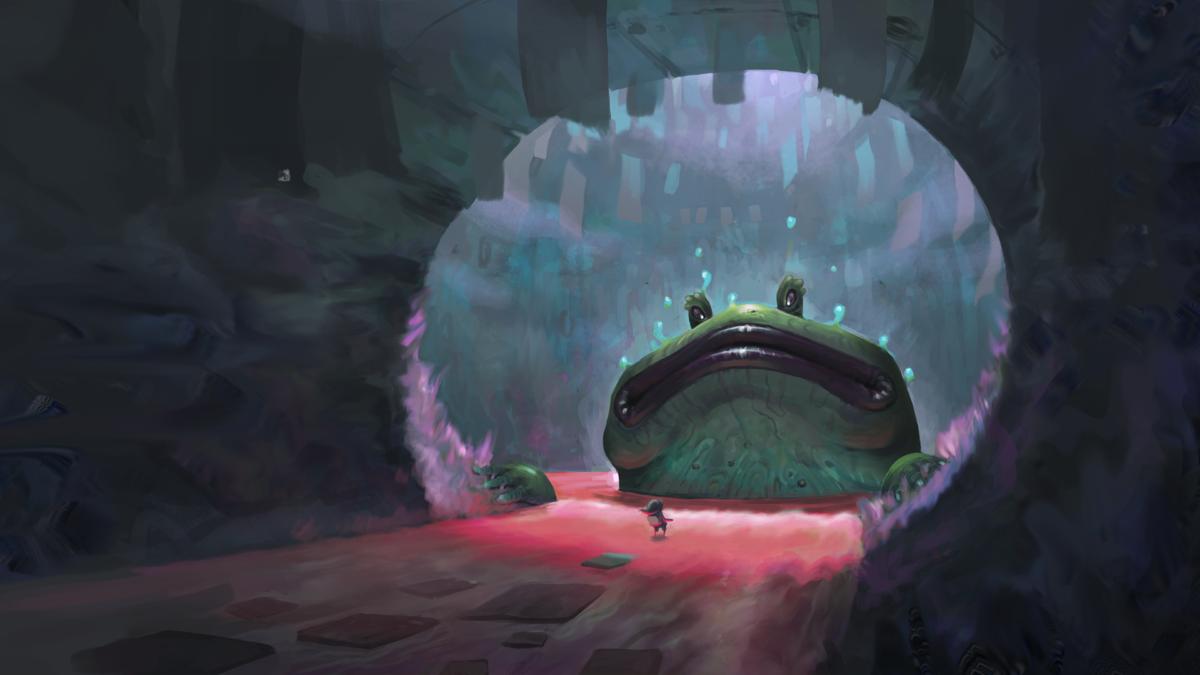 And Glowmade is working on a game called RustHeart. “We went to the pub and started thinking about all the things that inspire us, like Iron Giant,” said Glowmade’s Jonny Hopper. That’s certainly enough to pique my interest, though like the rest of these we didn’t get much of a look at it. It’s an action-RPG though, and Hopper said “There’s this robot you build that’s completely unique to you,” presumably the protagonist. I’m picturing Star Wars: Droid Works personally.

If only we could be so lucky.

Anyway, there isn’t a ton of details or footage for any of these. It’s easy to understand why EA didn’t include this as part of the official schedule, because the short sizzle reel seems way more suited to a tight press conference format than the deeper half-hour streams EA’s been doing all day. I still think it’s neat EA funds so many small titles though. Not all have been amazing, but it’s refreshing to see EA return to its artist-centric, “Can a computer make you cry?” roots in some small way.

Stay tuned all week for more E3 coverage from us here at PCWorld, and look for Sea of Solitude on July 5. A game that focuses on depression? Very interested in that one.