Elden Ring is jam-packed with unique weapons that allow players to experiment with just about any play style imaginable. Even status ailments like Scarlet Rot can be turned into lethal builds capable of killing everything from basic enemies to late-game bosses. It’s time to harness your inner Malenia and nuke Caelid all over again.

Scarlet Rot builds by themselves are deadly enough, but thankfully, there are plenty of ways of building them to cover all manner of situations. Just because you are planning on giving enemies the Rot, doesn’t mean you can’t cause severe hemorrhaging or Frostbite at the same time.

What Is A Scarlet Rot Build 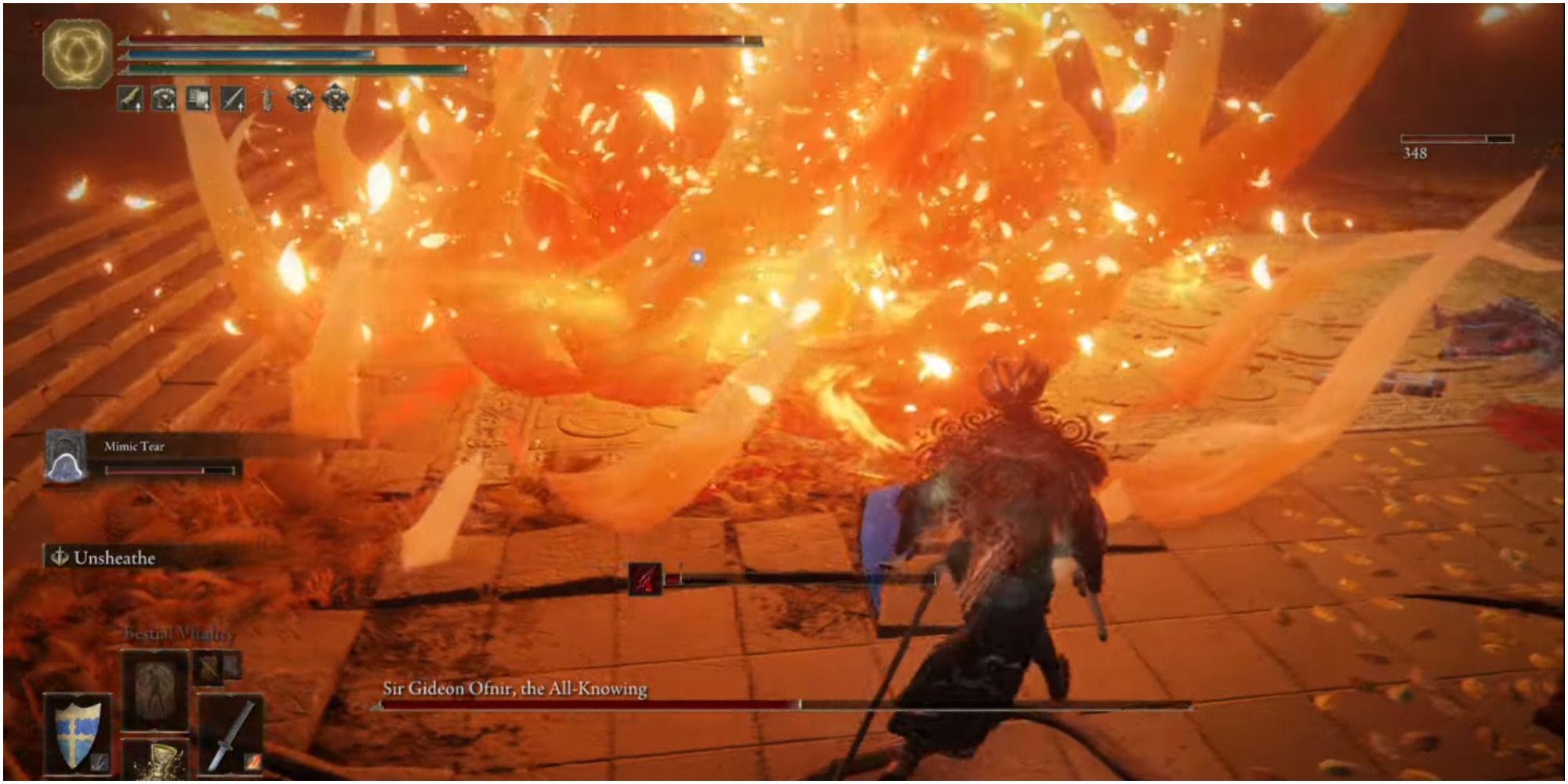 Scarlet Rot builds are all about infecting enemies with the potent damage over time debuff, Scarlet Rot. Scarlet Rot is like Poison but on steroids. It will rapidly burn through an enemy's health pool, and providing you don’t die before it burns them away, you should be able to tackle the vast majority of Elden Ring’s challenges.

Stats To Aim For 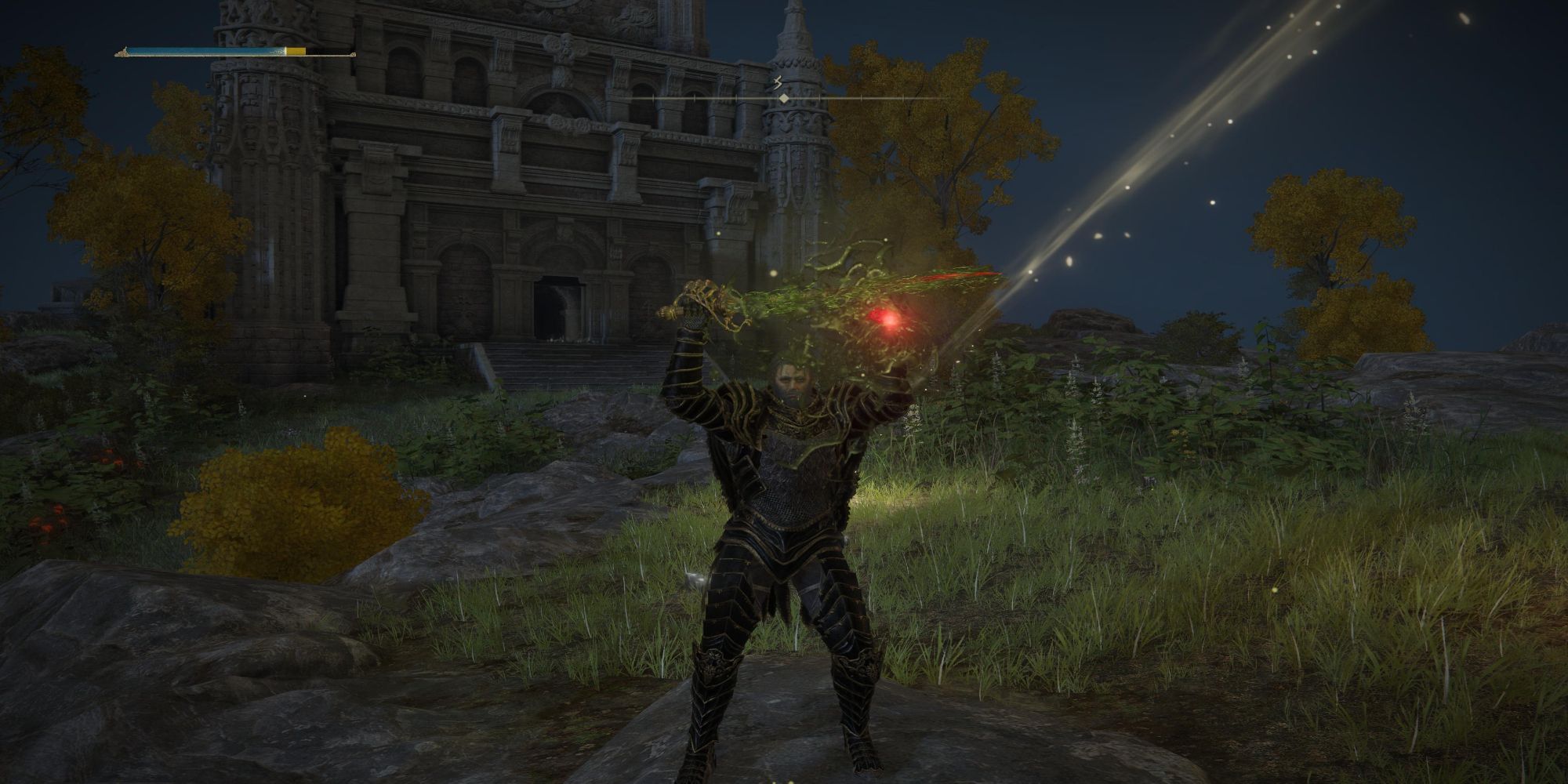 Because we are trying to kill enemies with damage over time, we need plenty of HP to soak up damage whilst we wait for them to die. This is all fine and dandy since we can just pump our Vigor to 60 and wait out the timer.

The core of this build is Arcane, which we have pumped to 60(ish). This will make everything from Bleed to Scarlet Rot more effective. It will also make our Arcane scaling weapons and spells much more effective. This is the most important stat for this build.

Whilst not as important as Arcane, Faith will be required to make this build click. We have pushed Faith to 15 to give us access to Rot Breath, among other things. This is one of the strongest Incantations in the game, and it primarily scales on Arcane but requires a small investment in Faith to actually cast.

Finally, Mind and Endurance are pushed as high as we can to give us plenty of FP and Stamina. The high Endurance will also allow us to wear heavier armor, keeping us alive longer when we are waiting for enemies to die to Scarlet Rot. 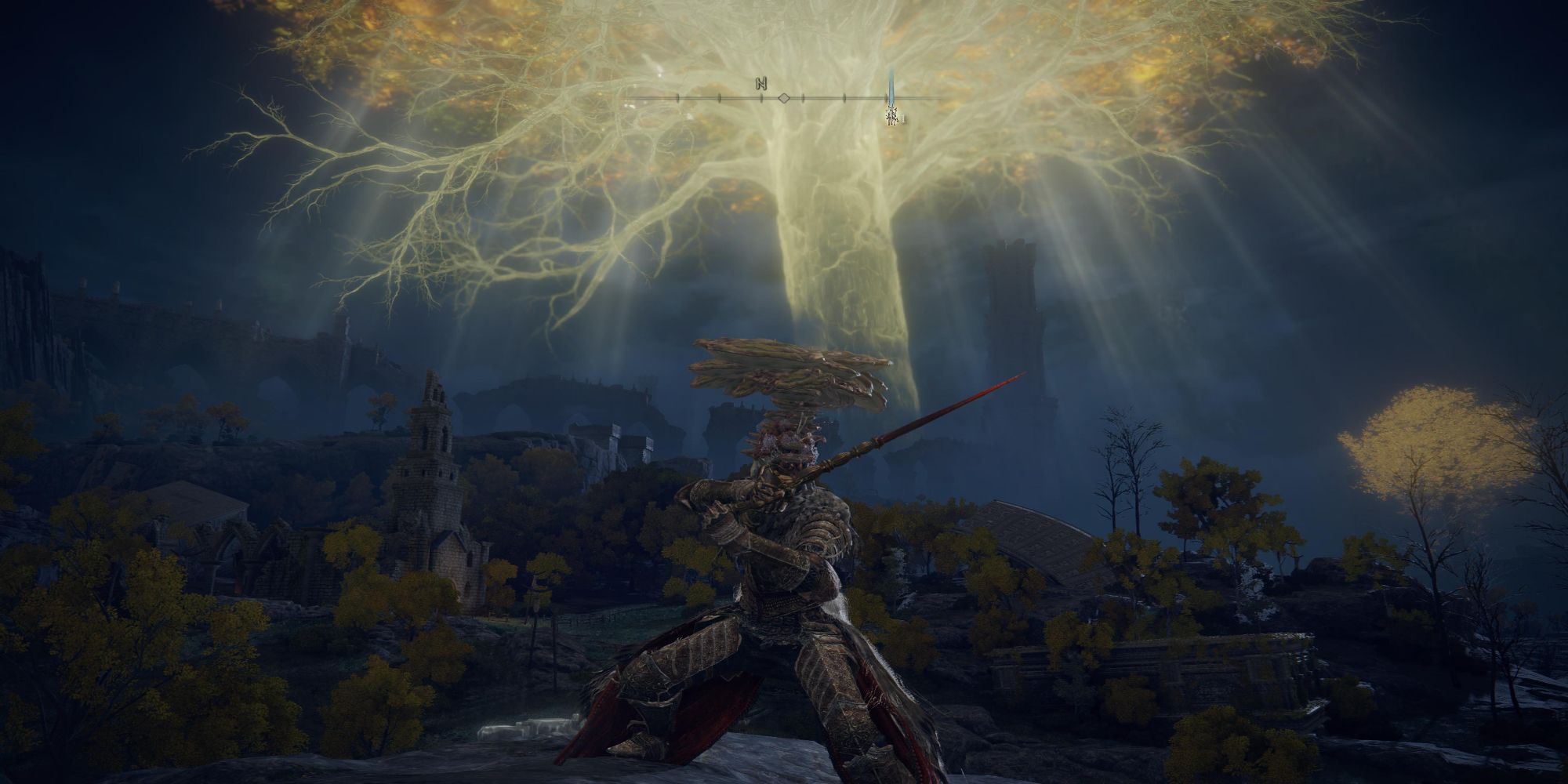 This build focuses on inflicting Scarlet Rot to do consistent damage – even when we are not attacking. It is the focus of the build, but it is not the only way we will deal damage. This build is incredibly malleable and can deal plenty of raw damage to end fights without simply running away.

The core of this build is the Antspur Rapier. There are many weapons in Elden Ring that inflict Scarlet Rot, but few are as effective as this fancy-looking rapier. Not only does it share the moveset with a standard rapier – which is a fantastic one – but it also builds Scarlet Rot faster than anything else by virtue of being a rapid attacker.

Not only that, but the Antspur Rapier is one of the few Scarlet Rot weapons that can be customized with Ashes Of War, allowing you to change its scalings giving you far more utility than you would expect from such a narrowly focused build.

With all of this considered, you will want to make your Antspur Rapier Occult to maximize your Arcane Scaling – pushing it to a B. This will tank your other scalings to E and D, but that isn’t an issue for this build.

For weapon arts, anything goes. Bloodhound Step can get you away from trouble, Repeating Thrust can inflict a lot of damage and Rot very quickly. The key thing to remember is that this weapon is versatile. Put what you need on it for any given situation, then swap it out when needed.

To top this all off, you can apply grease and weapon buffs to the Antspur Rapier, and this is something we will be using often to really take full advantage of our build.

Remember that whilst Occult Scaling will boost Bleed build-up, it will not add Bleed to your weapon if it doesn’t already have it. We are picking Occult for the scaling and to make our Scarlet Rot build-up more effective.

We have put points into Faith for a reason, and that reason is so we can access Rot Breath, Bloodflame Blade, and Poison Armament. All three of these Incantations are effective for this build, and using all three at different times can drastically increase your damage output.

Firstly, Rot Breath. This Incantation deals hundreds of damage when cast and rapidly inflicts Scarlet Rot. This is incredibly useful when dealing with large groups of enemies since our Rapier is much more of a single-target weapon.

Bloodflame and Poison Armament are going to require some micromanagement, but the combination is brutal. Firstly, apply Poison Armament to your Antspur Rapier. This will let you stack both Poison and Scarlet Rot at the same time, increasing your damage over time.

Once Poison has been applied, unequip and then equip your Antspur Rapier and then apply Bloodflame. This buff will cause short-lasting damage over time burn effect on every hit, increasing your damage over time sources to three for maximum effect.

You will want to use the Dragon Communion Seal for all of your Incantations as it has an S Scaling in Arcane.

Not many Talismans synergize with Scarlet Rot, but the one that does is a must-take. The Kindred Of Rot’s Exultation will trigger every time something near you is afflicted with Scarlet Rot or Poison, giving you an attack boost. Because we are triggering Scarlet Rot so often, this is a near-permanent buff to our stats.

Everything else is more for utility. Erdtree’s Favor grants us increased HP, FP, Stamina, and Equip Load. Dragoncrest and Pearldrake increase our defenses significantly – ideal for a slow burner build like this. Green Turtle will increase our Stamina Regeneration. Winged Sword will boost our attack when using successive attacks, which is entirely possible thanks to the rapid moveset of the Antspur Rapier.

Similar to Talismans, there are very few armor pieces that synergize with Scarlet Rot. Thankfully, there is one that is too good to pass up – the Mushroom Crown. Similar to the Kindred Of Rot’s Exultation, the Mushroom Crown increases your attack stats when something near you is suffering from Scarlet Rot or Poison. What’s more, the effects stack, which allows you to double-dip on the buff.

Your other armor slots should be used to stack as much defense and Poise as possible whilst maintaining a Medium Roll. You want to stay alive long enough for your DOTs to do their thing, so having plenty of armor is a must.

For Tears, you should consider the Leaden Hard Tear and Arcane-Knot Tear. The Leaden Hard Tear increases your Poise, giving you more opportunities to tank hits and land your own. The Arcane Knot will increase your Arcane stat by 10 for three minutes, noticeably increasing all of your damage.