Ranni the Witch is regarded as the most intelligent of all the Demigods in Elden Ring. She is a master of lunar sorceries, and her power with magic is unmatched in The Lands Between. All this information is easy to get about Ranni, as long as we talk to her and a few other NPCs.

However, there is a lot more to the little blue witch than meets the eye. She has some important machinations going on from the very first time you step foot into the Lands Between, and almost everyone is a cog in her grand wheel. There is a lot to cover about Ranni, and most of it is very well hidden, so let's start with who exactly she is.

Who Is Ranni The Witch? 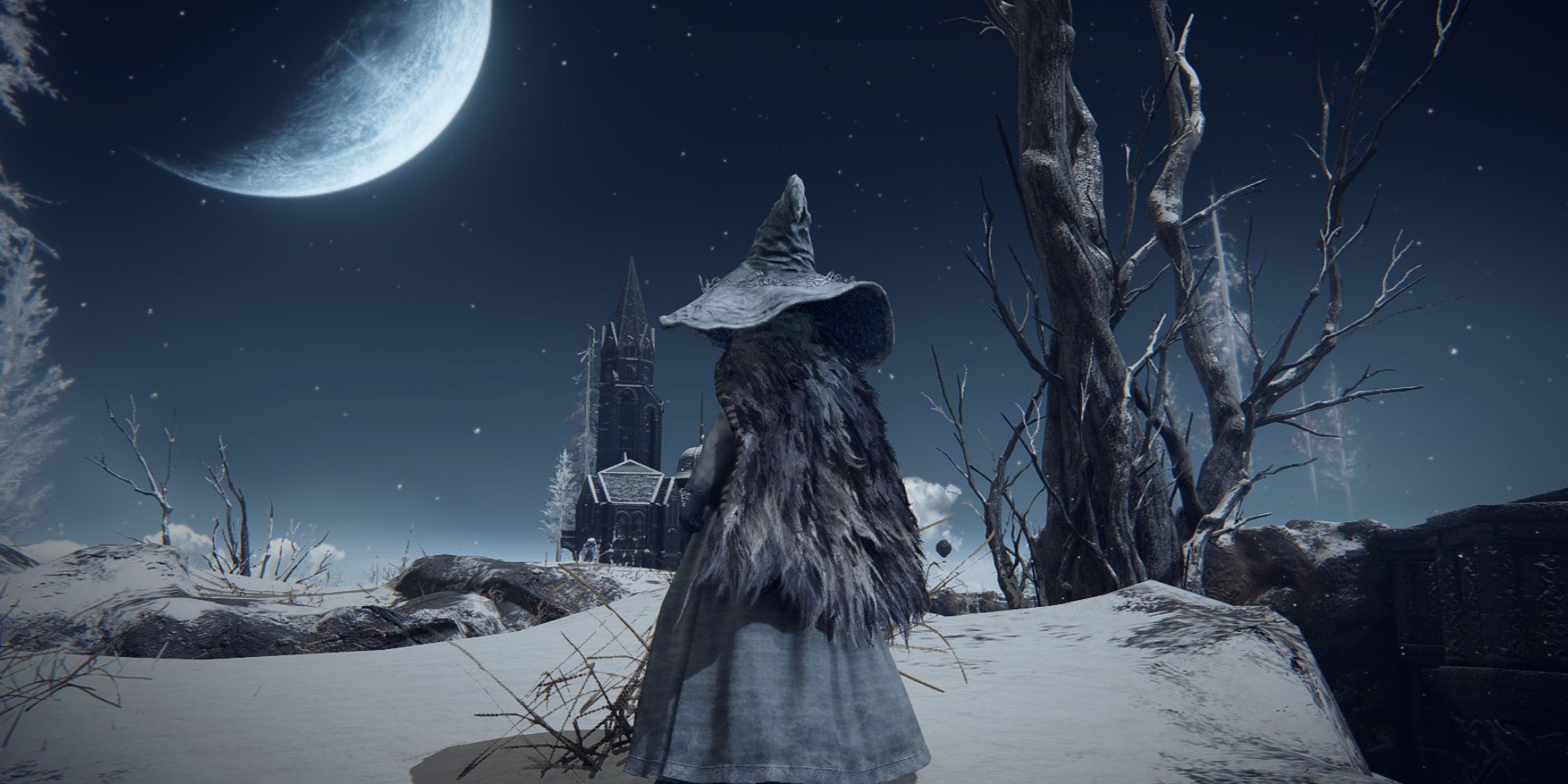 Ranni is the daughter of Radagon and Rennala. She took almost entirely after her mother, becoming the most powerful sorceress in the Lands Between. She seems to not share much in common with her father Radagon. Most importantly she seems to deny that the Greater Will should be the driving force of the world.

It should come as no surprise that the Lunar Witch Ranni wants to install the Outer God of the Moon as the new de facto leader of the world. This is really all we know about Ranni's past, and that is only because it intertwines with her present.

It seems that Ranni was one of the more overlooked of Radagon's children because she does not have statues built of her and references to her are almost nonexistent prior to one very important historical event.

The Night Of Black Knives And The Shattering 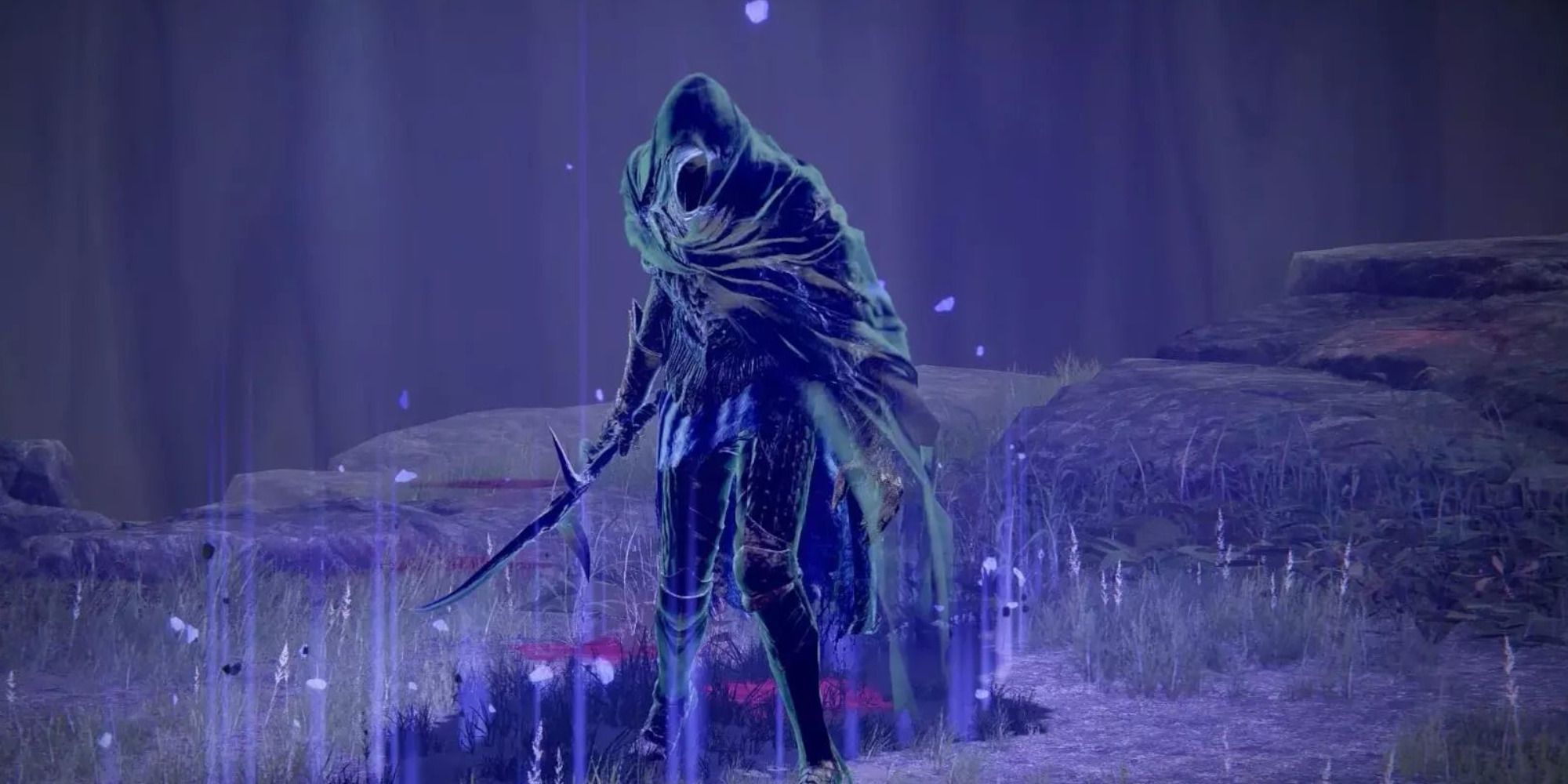 The fact that we know almost nothing about Ranni's younger years is actually very on-brand with her character. She is a secretive and manipulative individual with a healthy suspicion of everyone, and she is very careful about whom she lets know what information. We have to find out about her disdain for the Golden Order mostly through context clues and a few sparse lines of dialogue because she plays her cards so close to her chest.

Ranni is perhaps, the most conniving of the Demigods, as she orchestrated the Night of the Black Knives.

To explain the event briefly, this was the moment that Death came to the Lands Between for the first time. On this night, Godwyn's soul was killed, but his body was left alive – he could not be granted a true death. At the same time as Godwyn was being killed, Ranni killed her own body but left her soul intact. It seems that this action split the Rune of Death into two pieces, one of which Ranni spirited away.

Not only was this plan masterfully orchestrated, but it seems that Ranni prepared for every possible outcome of this monumental moment. Marika took control of the remaining half of the Rune of Death after the Night Of Black Knives and sealed it within Maliketh the Black Blade, so no one could kill a Demigod again. Ranni fled, changing her name to Renna and altering her appearance so that she could sit quietly in the shadows and pull strings from the background.

The Night Of Black Knives caused Marika to initiate the Shattering, which was actually all according to Ranni's plan. The Shattering caused mass disarray and infighting between the other Demigods which let Ranni explore the Lands Between without being hunted.

Ranni's clairvoyance seems to have reached all the way to the stars themselves, as it seems that her ultimate fate is tied to them. One reason Ranni may have wanted the other Demigods distracted was to have them overlook an incoming meteor that was going to strike the planet. We, of course, know this meteor as the one that grants us access to Nokron the Eternal City later in the game, temporarily halted in place by Radahn. 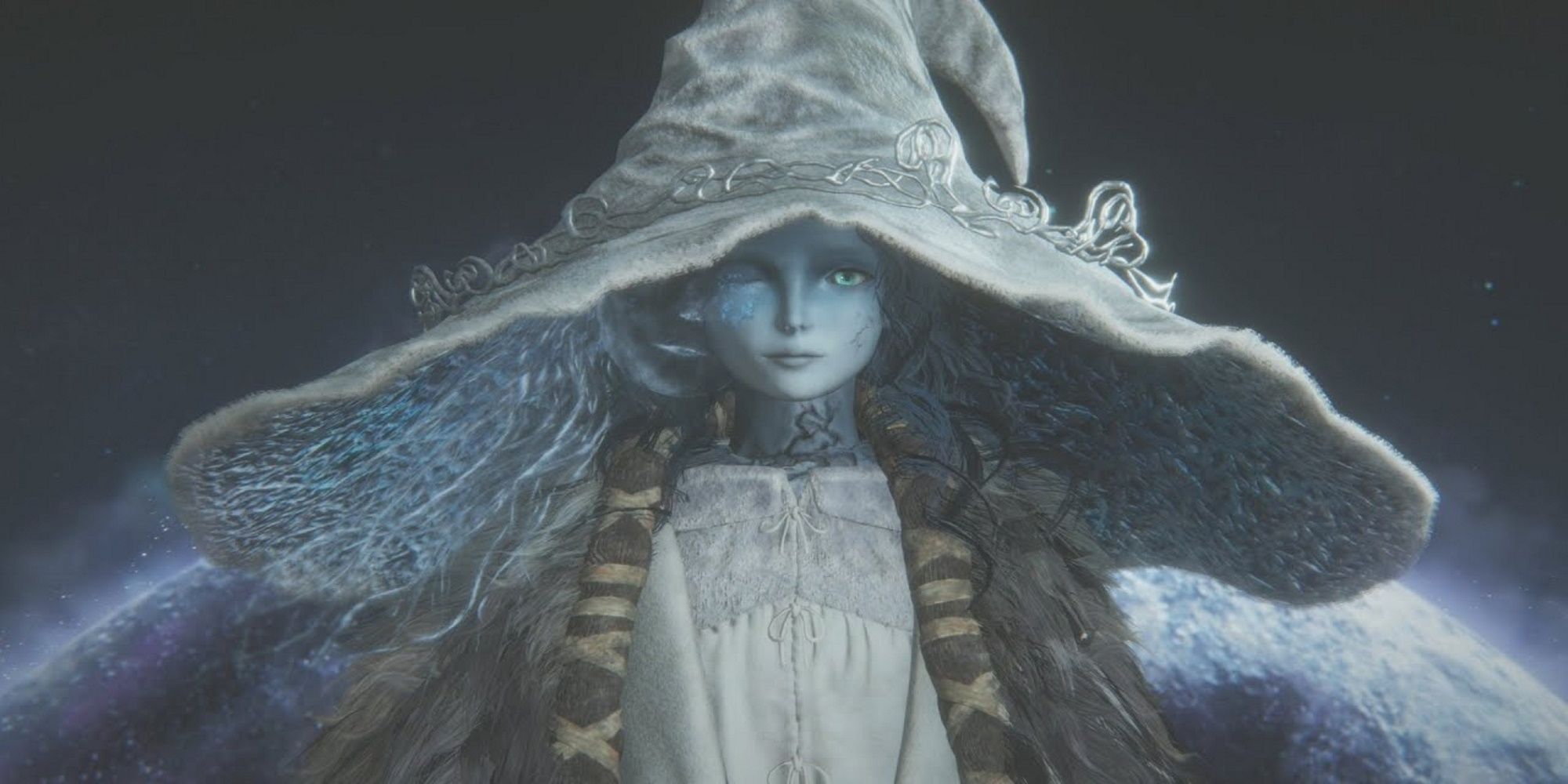 Ranni seems to be almost omniscient in her machinations, but there is one wild card it seems she could not account for: Her older brother Radahn. It is not clear if Radahn stopped the stars in their tracks because he knew about Ranni's plan, or if this was just an inconvenient byproduct of him raging through Caelid. Either way, Radahn stopped the stars and put an indefinite pause to Ranni's ultimate fate.

It seems that since this incident, Ranni floated around the Lands Between, offing promising Tarnished the ability to summon Spirit Ashes in hopes that someone would finally best Radahn. We, of course, defeat Radahn and the meteor strikes the planet.

Once we return the Fingerslayer Blade to Ranni, her plan can finally resume. This part of Ranni's quest is very interesting because it raises some frightening points. 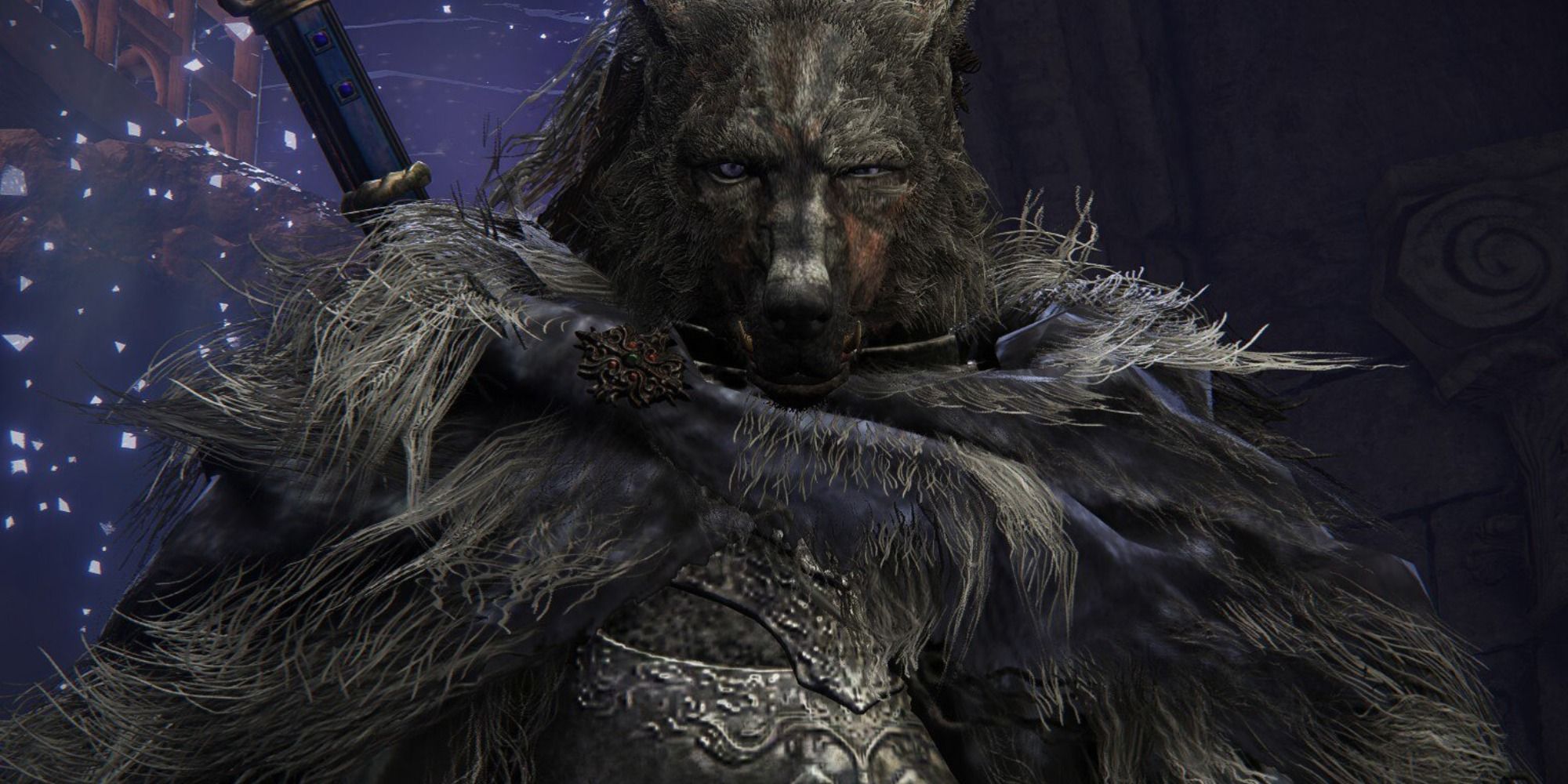 Speaking of Ranni's Shadow, we should probably cover that here. It seems like all those who were designated as Empyrean were also assigned a shadow. These shadows were pitched to them as loyal protectors, who would die protecting their charge. They did indeed do this, but their greater purpose was hidden from them. The shadows were gifted by the Greater Will, and they would turn on their charge if they ever tried to stray from the path of the Greater Will.

Ranni's shadow was the ever beloved, Blaidd the Half-wolf. He is extremely loyal to Ranni, and will do pretty much anything she asks. That is until Ranni gets the Fingerslayer Blade. At this point, he turns on her and will kill her if the player doesn't intervene.

It seems that the shadows are all different, purposefully chosen or created meant to foil their Empyrean. For example, Ranni's shadow is a purely strength-based being – which is Ranni's foil, so she could not best him in close combat. On the other hand Maliketh the Black Blade was the shadow of Marika, and is obviously significantly stronger than Blaidd to act as a foil to the godlike being.

What Conclusions Can We Draw About Ranni? 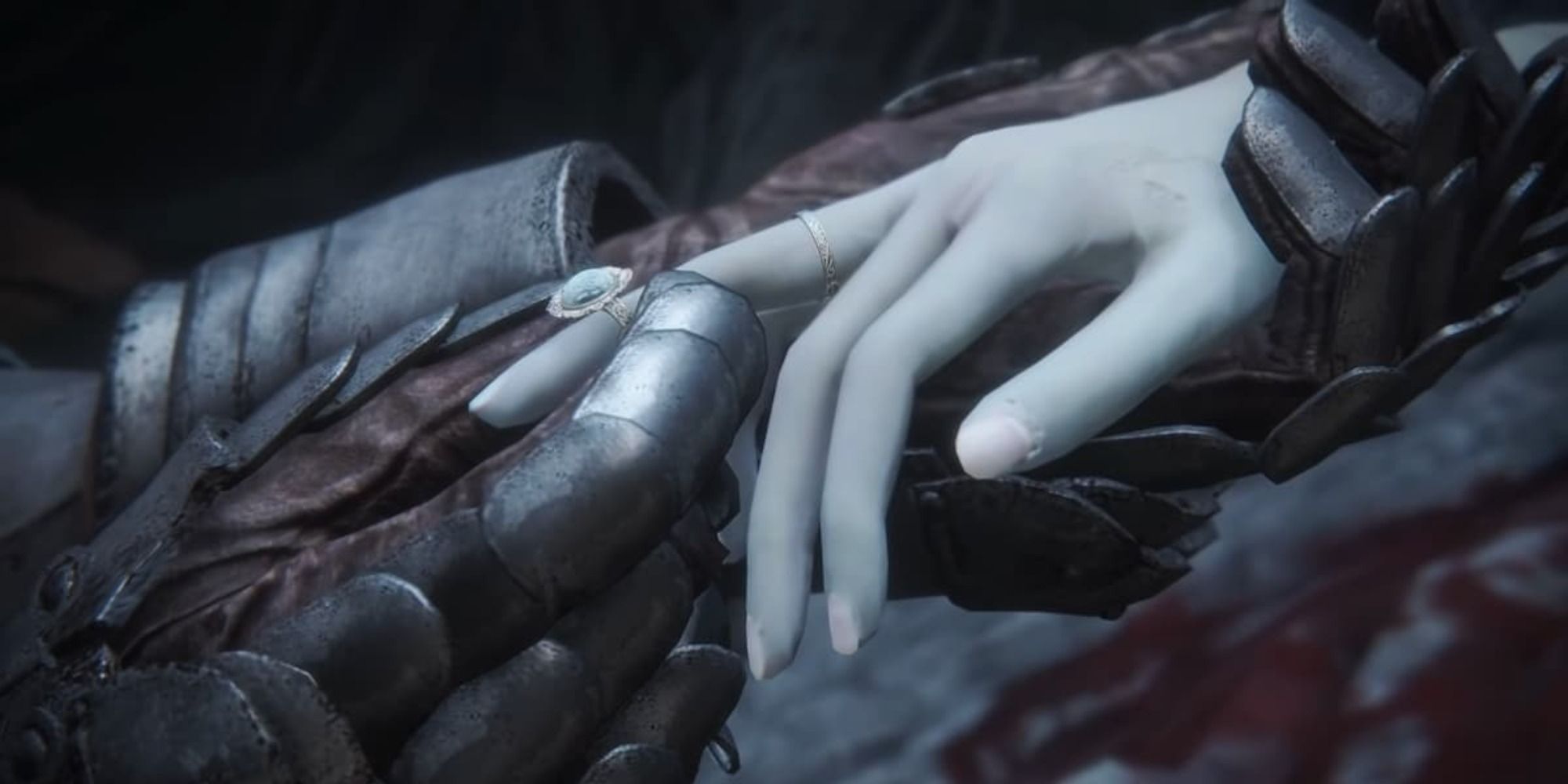 Ranni certainly lives up to her title as smartest of the Empyrean. Let's start with the Night of Black Knives. Ranni was certainly the mastermind of this event. It seems she even got her brother Rykard to fall in line to help her carry out the killing that night. The fact that she and Godrick had to die at the exact same time to fracture the Rune of Death, means that her planning of the assassination was meticulous and flawless.

Even though we have evidence of Ranni's incredible intellect, she occasionally makes some questionable choices during her quest. For example, It seems that Ranni knows that Blaidd is dangerous to her, but she still keeps her close by her side. She also turns herself into a doll, and her being released from this form is contingent on the Tarnished finding her deep beneath the earth and beating a powerful creature.

These actions may seem like dangerous gambles, but it is more likely that Ranni planned everything. Blaidd will not attack her until she gets close to overthrowing the Greater Will, at this point she has employed a Tarnished that is powerful enough to defeat Radahn. Her being placed as a doll directly outside a portal in Renna's Rise is no coincidence either. She placed herself in our direct line of sight to be picked up.

In the end, it seems that Ranni has had a plan to overthrow the Greater Will for countless years. The first act of this plan was the Night of Black Knives. This event directly led to The Shattering, and all the dominoes fell from there. A world of madness would not only forge the most powerful warrior in history for her to take control of, but the chaos would provide the perfect cover for her to continue to plan and scheme in peace. Though she is perhaps not the strongest Demigod in combat, Ranni is perhaps the most dangerous of all the Empyreans, for it was her who plunged the work into chaos and brought about a new age.