Manticore Games has raised $15 million in a round of funding led by Epic Games as the two companies further pursue their mission of creating an endless gaming multiverse, or metaverse.

The metaverse is the universe of virtual worlds that are all interconnected, like in novels such as Snow Crash and Ready Player One. Manticore’s Core platform is a do-it-yourself game-making platform that seeks to enable anyone to make games. By connecting those games within a single world, Manticore hopes to jumpstart its bid to create something out of science fiction.

Closer to today’s reality, Manticore’s mission is to unleash creativity in games by lowering the barriers to game making and publishing the same way that YouTube revolutionized video creation.

The deal shows that Epic’s antitrust lawsuit against Apple hasn’t slowed Epic down. Adam Sussman, president of Epic Games, believes that Core’s mission is similar to Epic’s, as the maker of the Unreal Engine and Fortnite believes that games will become more like open platforms where creators can build their own worlds. Core uses the Unreal engine. In funding Manticore, Epic believes that no single company will create the metaverse on its own.

Core already has significant momentum. Last March, the company opened the platform to creators, in its alpha testing phase, and today it has a lot of game genres, styles, and aesthetics including role-playing games, adventure, survival, shooters, merge three, puzzle, music games, and more. 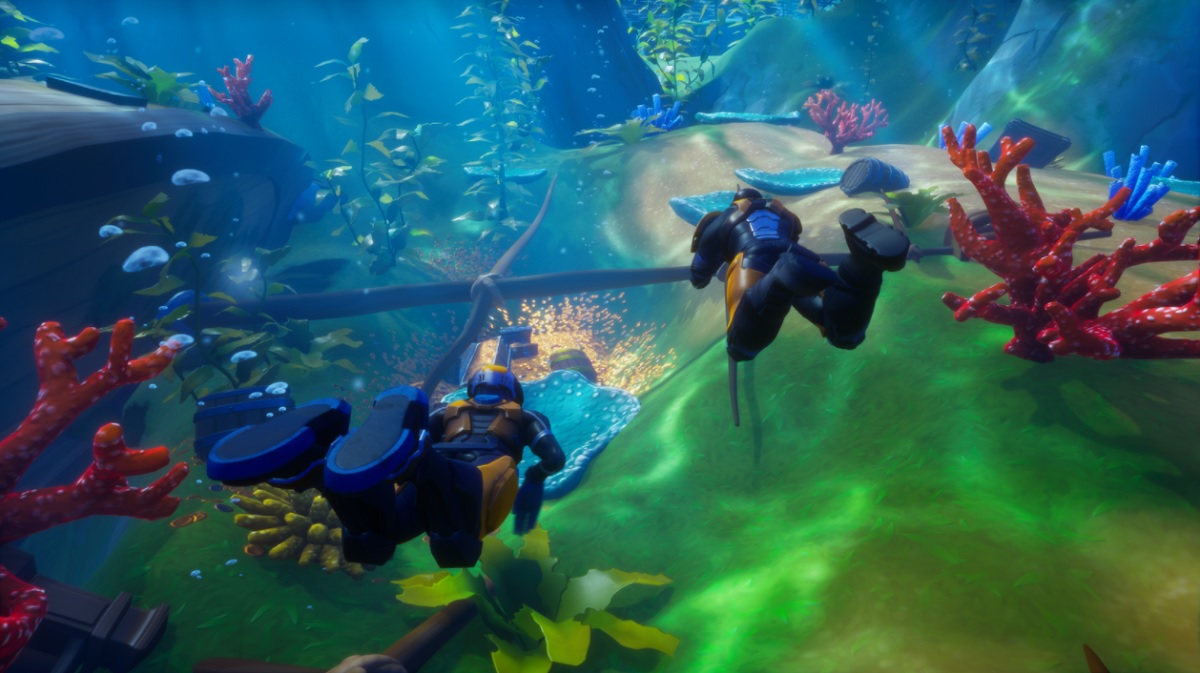 Above: Underwater Explorers in Core.

Founders Frederic Descamps (CEO) and Jordan Maynard have had storied careers at gaming giants and startups. They worked at companies like EA, Zynga, Xfire, Trion Worlds, and A Bit Lucky. The latter was a social gaming startup that Maynard and Descamps started to make Facebook games in 2009. By 2012, Zynga acquired A Bit Lucky. I’ve followed Descamps’ career since 2002, when he was a grad student at Stanford University and he quizzed me about a book I wrote on the making of the Xbox.

Most recently, with its Dungeons & Dragons Design-A-Dungeon Contest, the company said Core has proven at an early stage that it leads the next generation of the game industry defined by user-generated content. In just a few weeks, more than 150 games were released, totaling hundreds of hours of D&D gameplay for players.