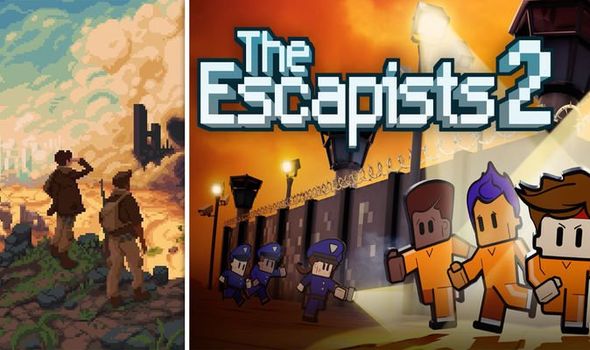 Epic Games Store customers are counting down to the next free downloads.

In a bid to lure customers away from Steam, Epic gives one or two games away for free each week.

Previous weeks have seen the likes of GTA 5, Borderlands The Handsome Collection and Civilization 6 all go free-to-play.

This means customers only have a few hours left to download ARK Survival Evolved and Samurai Shodown: NeoGeo Collection.

The current Epic Games Store free downloads will be replaced by Pathway and The Escapists 2.

The next wave of free games will be available to download until 4pm BST on June 25. Hopefully by another two games.

After weeks of triple-A blockbuster free games, the next batch is a little low key in comparison.

The Escapists 2 is arguably the pick of the bunch, earning a respectable 75% on Metacritic.

The game tasks players with breaking out of different prisons, all the while following daily routines in order to avoid suspicion.

“Risk it all to breakout from the toughest prisons in the world,” reads the official description.

“Explore the biggest prisons yet! You’ll have to live by the prison rules, attending roll call, doing prison jobs and following strict routines; all the while engineering your bid for freedom!”

Pathway isn’t quite on the same level, scoring just 68% on Metacritic.

“Explore the strange unknown with Pathway, a strategy adventure set in the 1930s great wilderness,” reads the official description.

“Quickly run for cover, flank enemies and utilize your team’s special abilities to turn the tide of battle in your favour!”