The video game publishers group is launching a new promotional campaign called Game Generation, which will underscore the benefits that video games bring to our lives.

The Entertainment Software Association is trying this softer approach as a way of combating the scapegoating narrative that some people are advancing that video games are bad for us and even drive us to kill each other.

The ESA said that six in 10 Americans believe video games bring joy through play, and this national campiagn will highlight the power of play and the positive impact that games have on players’ lives, their families, and across society. The latest ESA survey shows that 73% of Americans play video games to relieve stress.

“We want to posit this industry as a force for good because it is a force for good,” said Stanley Pierre-Louis, CEO of the ESA, in an interview with GamesBeat. “Video games have become a scapegoat many times when society goes wrong and someone is looking to blame and find a cause, even when it’s misplaced. Other industries have gone through this. Music. Comic books. Even pinball arcades.”

The backdrop of the campaign takes place amid challenges, like the classification of video game addiction as a medical condition. The ESA’s core show, the Electronic Entertainment Expo (E3), is suffering from bad press from Sony abandoning the show as well as a the leak of the personal information of journalists who attended past shows. I talked to Pierre-Louis about each of these things in our brief interview. 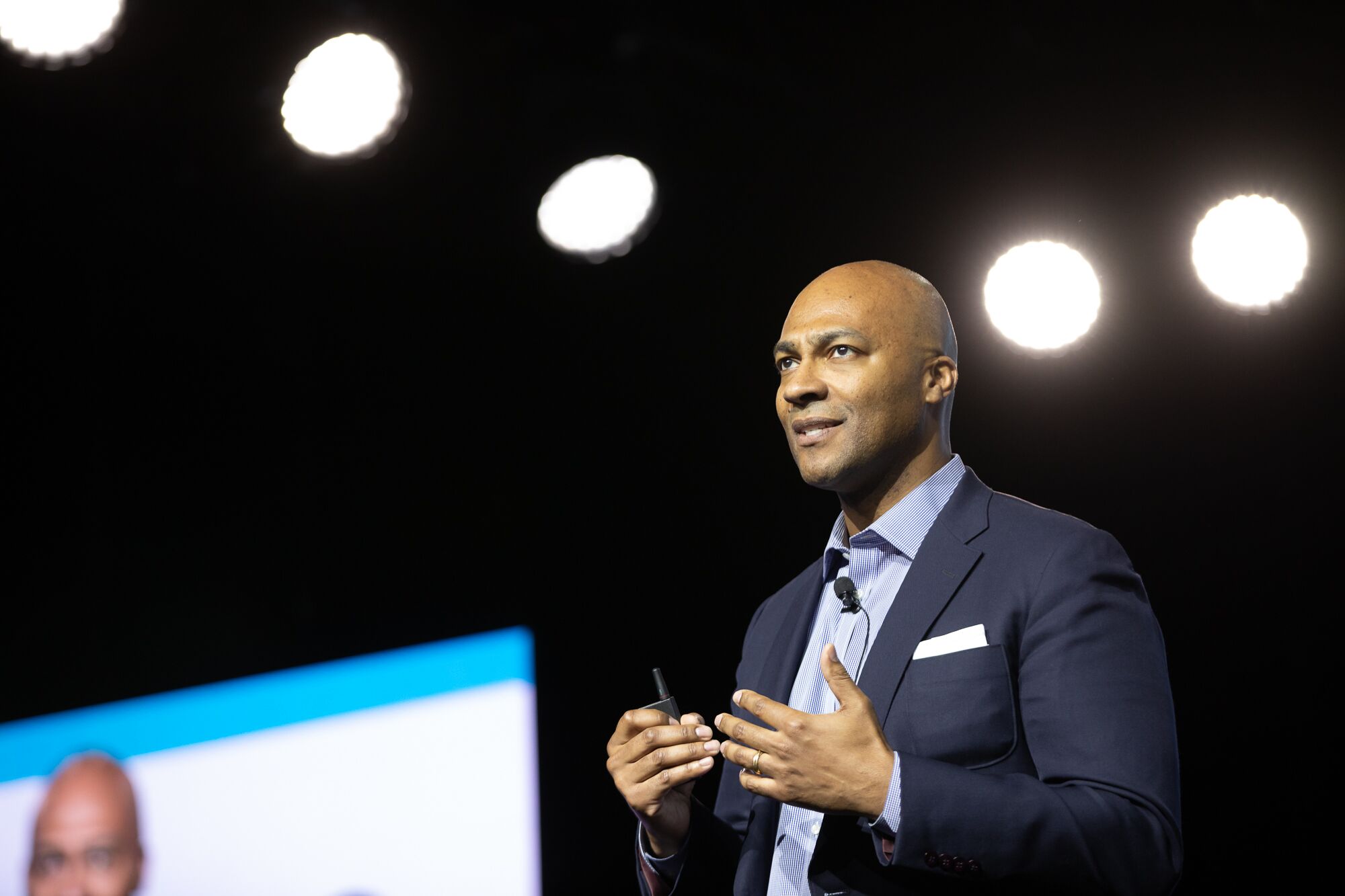 Above: Stanley Pierre-Louis is now CEO of the game industry lobbying group, the ESA.

Part of the message is that a lot of people play games, and we’re not all messed up.

“While the science behind many of the claims of video games being to blame has dispelled those claims, but it hasn’t changed the fac that it is still a topic of conversation,” Pierre-Louis said. “We thought it was time to really celebrate games in a positive way. And encourage people to do that. We’re going to encourage people to talk about the value of games, and to really push that throughout the year and beyond.”

Pierre-Louis said there are 164 million adults in the U.S. who play video games. 75% of all Americans have at least one player in their households. 46% of players are female. And the average age of a gamer is 33. Worldwide, the number of players is above 2.6 billion, Pierre-Louis said.

52% of gamers play after work, 27% play during a break at work or school, 31% play while waiting for appointments, and 16% play during a commute. And while 70% of families have a child who plays games, 49% of parents limit their child’s time playing video games and 87% of parents require permission for new game purchases. 90% of parents pay attention to the games their children play.

The ESA noted that five hours a week of playing games can lead to better problem solving, higher academic achievement, and better peer relationships. 56% of players have a creative hobby (like drawing, singing, writing) versus 49% of average Americans. 57% of parents bond with their children through once-a-week gameplay. 55% of players say video games help them connect with friends. 63% of adult players play with others. And 56% of frequent players cooperate toward a common goal on multiplayer games at least once a week.

The Game Generation campaign will highlight these facts and illustrate how games instill teamwork and the importance of relying on others. It will show how as an art form, only video games let people truly walk in someone else’s shoes through the diversity of characters or how video games are even emerging as a powerful platform to engage players on important issues such as climate change.

The launch of the Game Generation hub — a web site where players and parents can learn more about the benefits of video games, connect with others by sharing their stories of what play does for them, and access resources for positive play — is meant to empower people to feel part of a movement based on their shared experiences. The campaign will involve iconic characters from video games as well as people who have been impacted from all manner of society, Pierre-Louis said.

“It’s a compelling medium that brings us joy and brings us together,” Pierre-Louis said. “People play games because the plot lines are great, the graphics are amazing, and the technology keeps advancing. But they also play because it gives them a sense of community.” 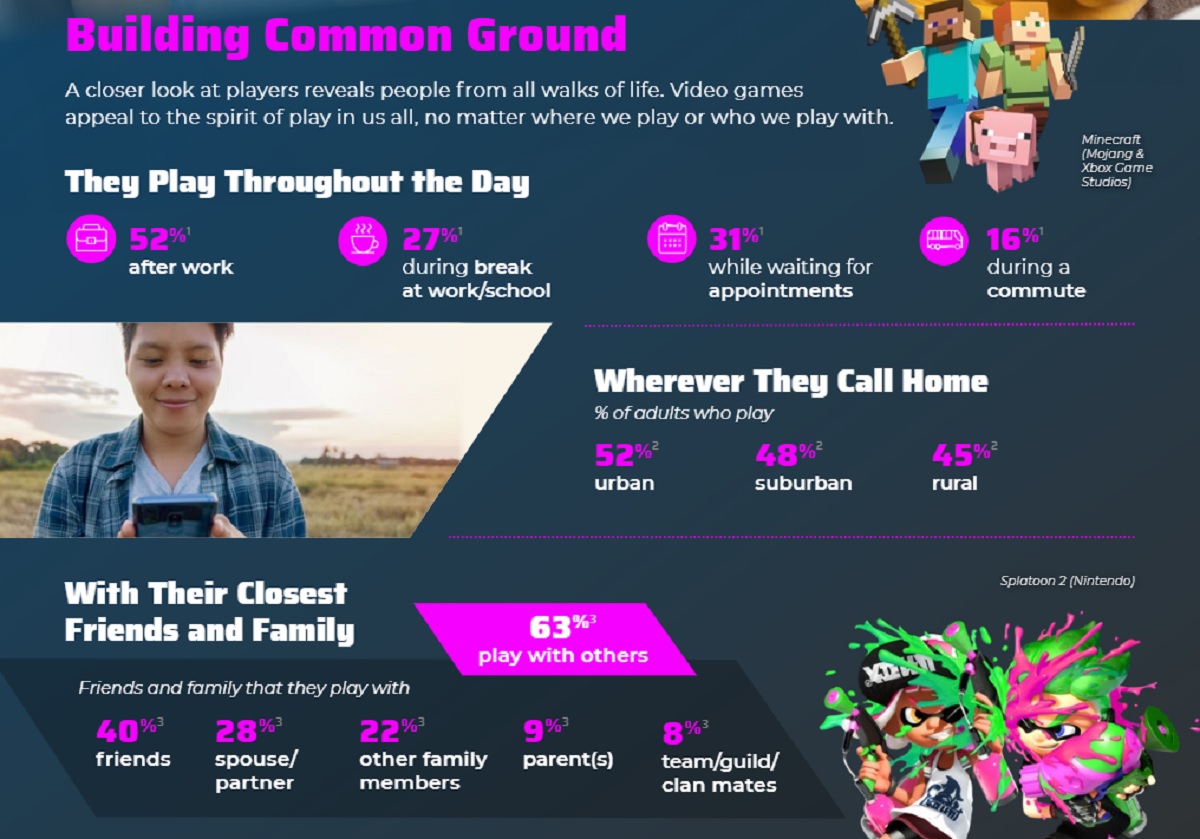 Above: The ESA’s data on gaming’s benefits.

The ESA is also pointing out that the video game industry is rapidly becoming one of the fastest-growing economic sectors in the United States. In 2018, it generated $43 billion in revenue and employed 220,000 people.

The growing popularity of esports both in the U.S. and worldwide further underscores the importance of video games. In 2019, global esports viewership was expected to reach nearly 500 million and revenues were projected to exceed $1 billion, according to market researcher

Game Generation will also provide parents information and resources to help ensure healthy video game play for their families. The video game industry provides tools, such as the parental controls offered across video game platforms as well as the Entertainment Software Rating Board (ESRB) ratings, that provide players and parents with clear information about the video games they choose to play.

The initial phase of the campaign will also include a gathering of the leading thinkers from a variety of fields to discuss the power of play, brought together by the Washington Post Live on February 6 in Washington, D.C.and also accessible online. The ESA will make its posts available on social media and its online hub.

I asked if this was a good time to defend games because so many people are attacking it again, either because of game violence or addiction.

“There’s always a time to uplift your industry at this momentous time, and we have not taken time to do this as an industry,” Pierre-Louis said. “If you think about what other industries do to really promote their brands and their contributions, many have done it in a very systematic way. We as an industry have relied on our titles and the fact that we have a very large and excited fan base. But we do feel the need to celebrate the industry writ large so that others in society can have a voice and share their voices about it.”

He added that the ESA will also combat the attacks directly.

“You have to tell a positive story so people understand and appreciate what your contributions are,” he said, like pointing out to a politician the jobs that are in their districts.

“We were recently blamed for those horrible incidents in Dayton and El Paso in August,” Pierre-Louis said. “We were able to remind everyone that video games are sold all around the world, and we’re the only ones in the U.S. that are facing a gun violence problem. So it can’t be games. It resonated to the point where the No. 1 trending on topic on Twitter was that video games were not to blame.”

The case for E3 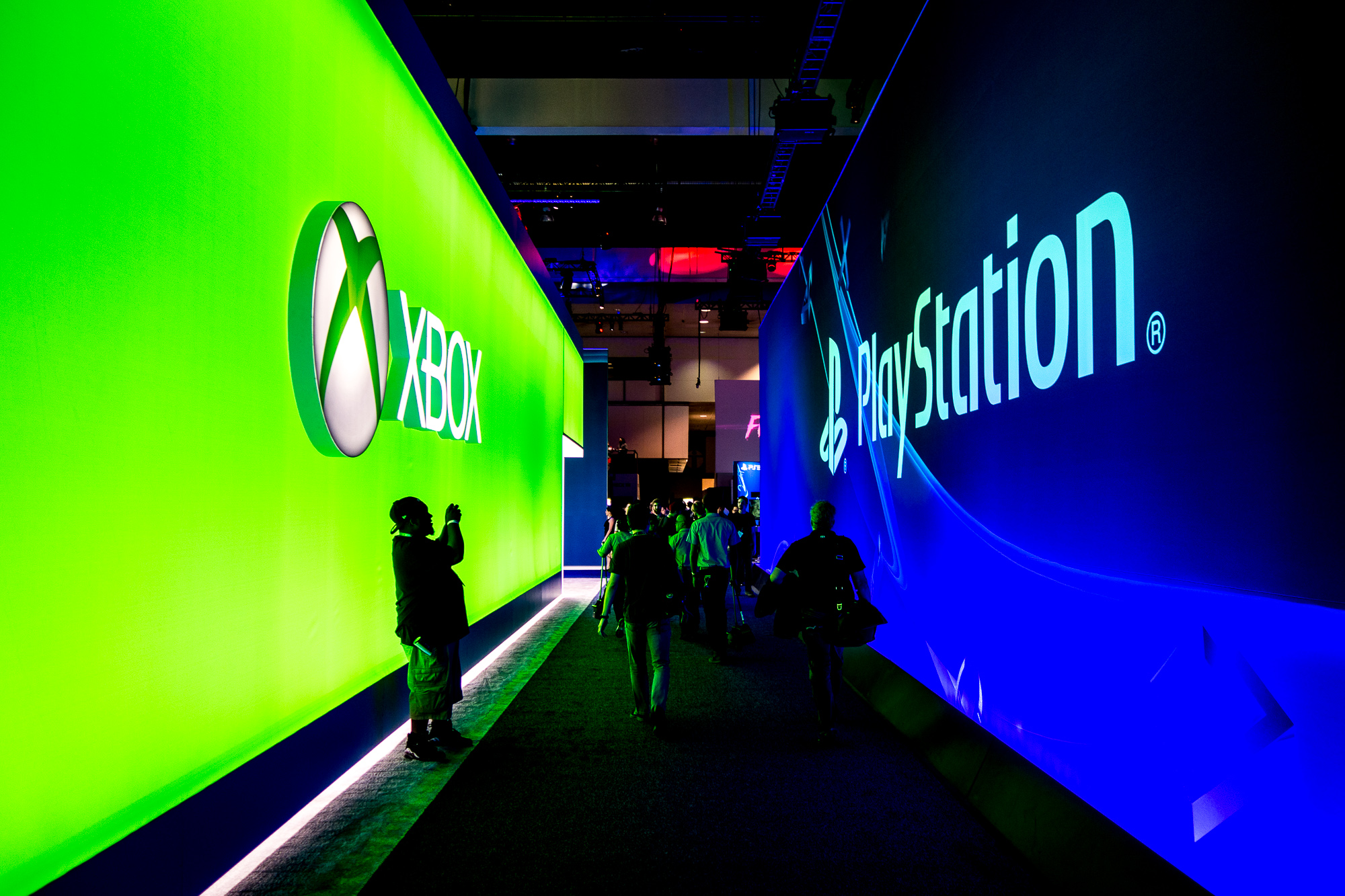 Above: PlayStation won’t show up at E3.

Gaming’s biggest show in the U.S. aims to draw around 65,000 attendees to Los Angeles each June. The ESA announced last week that its show will have new creative partners, like iam8bit.com. The goal this year is to shake things up with a celebration of gaming culture on the show floor. The show will have surprise guests, experiential zones, and (as many said with a groan) “activations,” or advertising events that draw attention to a brand.

The ESA also said it has rebuilt the E3 website with enhanced and layered security measures developed by an outside cybersecurity firm. Last year, the personal data of more than 2,000 journalists was left open for anyone to steal, due to lax security. Registration for E3 starts on February 15.

Regarding the hack, Pierre-Louis said, “We understand the gravity of the situation. It’s not lost on us. And we do regret this happened. And we want to ensure that nothing like this ever happens again. We went through great pains to ensure the new system is very different from the old. We have ensured that the information being collected is done in a more secure way and is never placed on the site and stored in a very secure way. It operates very differently and creates the trust that we have got to earn back. We are also gathering less information.”