The Dungeon Doors are special dungeons that only appear in the Overworld. There are 7 Dungeon Doors in total and completing them all will give you a special achievement: Dungeon Ender! Dungeon Door challenges involve completing three encounters back-to-back. The first two are randomized, but the last one is more or less the same every time, with a unique and especially tough boss to defeat. 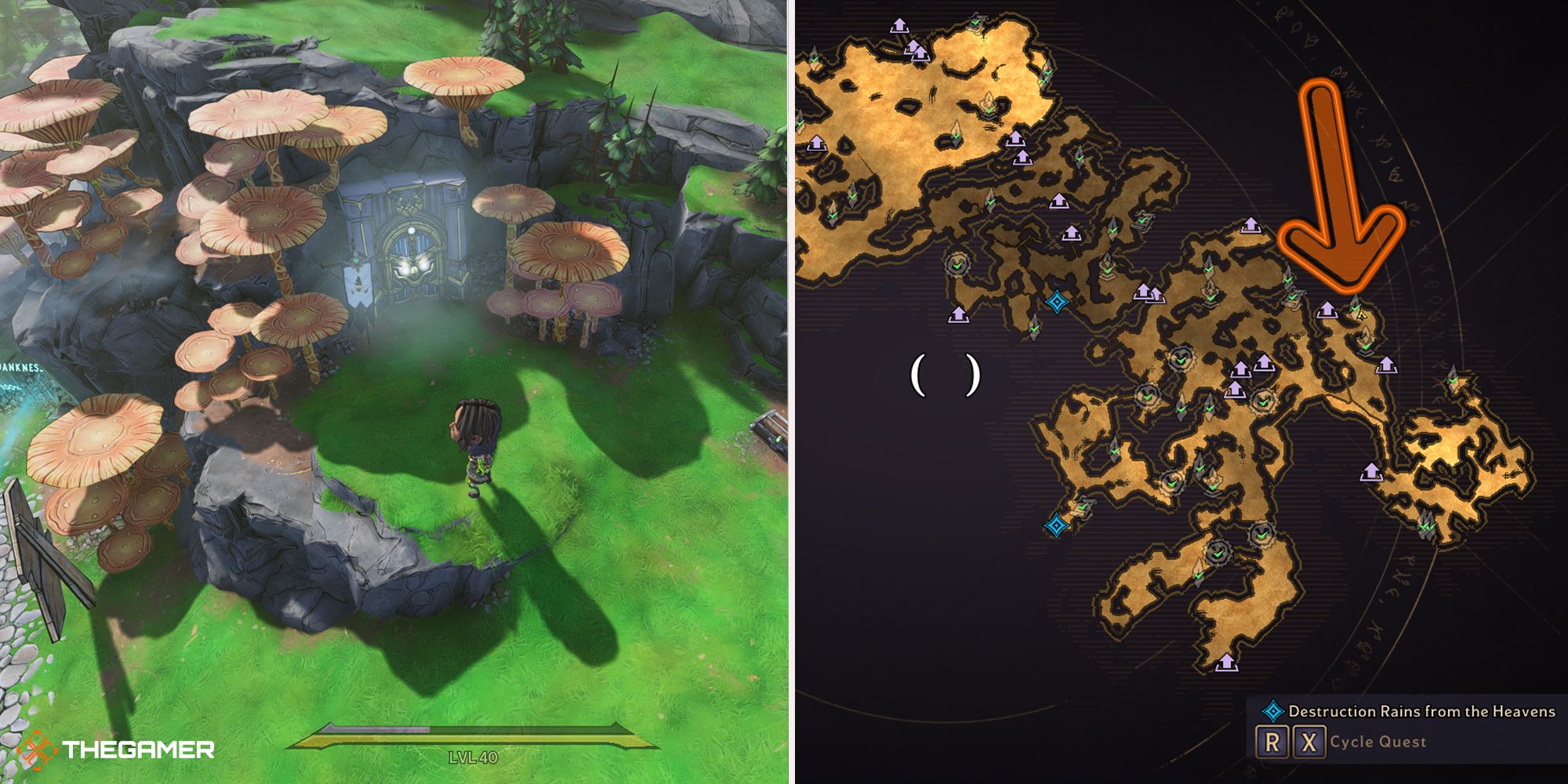 You'll find the first Dungeon Door out in the Overworld after saving Brighthoof from the Dragon Lord. It's right next to the entrance to the Weepwild Dankness map and, appropriately, a bunch of mushrooms.

When you get to the third encounter, you'll fight a bunch of Mushroom opponents and Frondstrosity (who is also a mushroom, but a lot bigger and meaner). 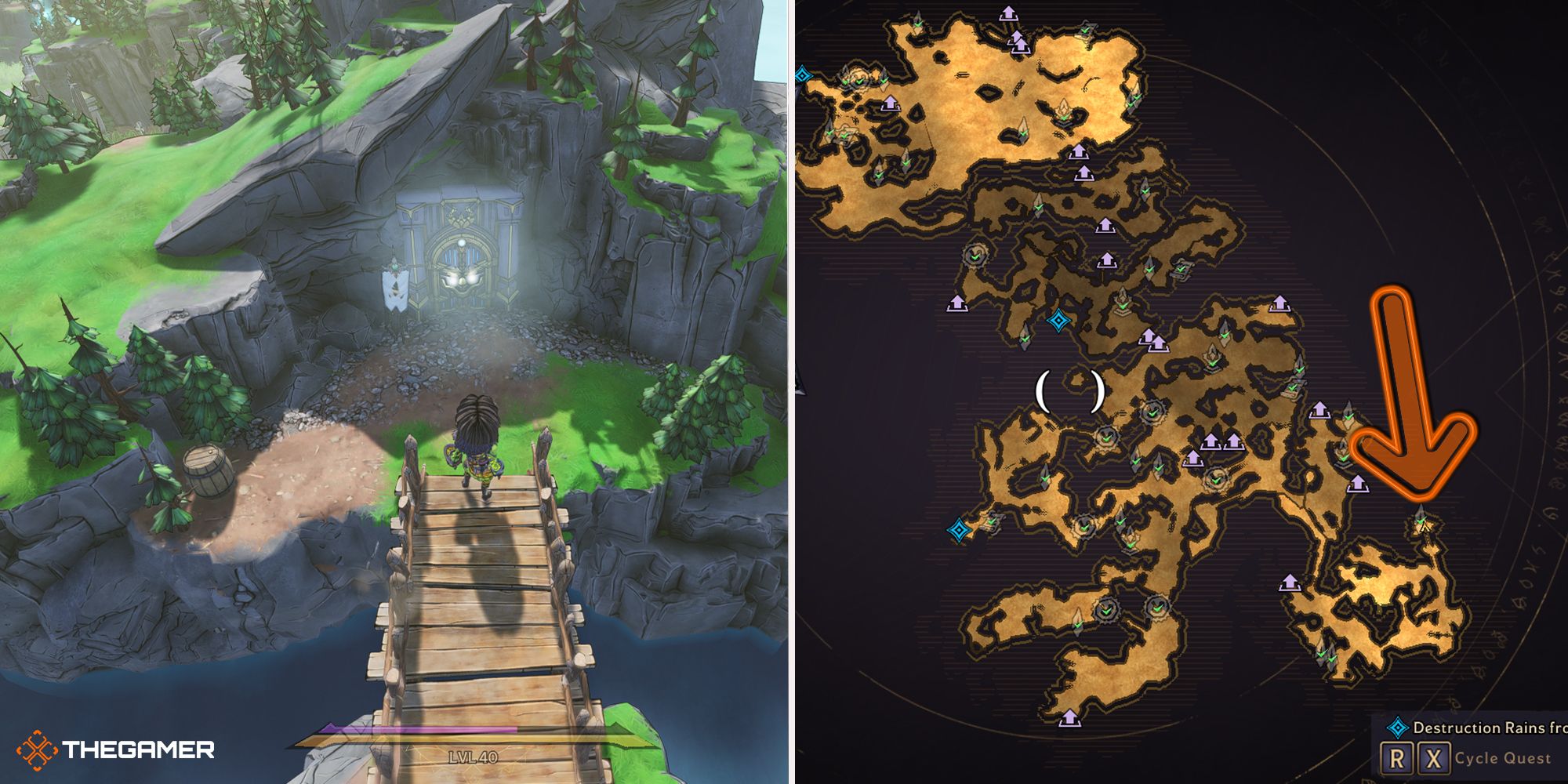 The next Dungeon Door isn't far from the last one. However, you'll need to complete the 'Working Blueprint' quest and build that rainbow bridge before you can access this area. It's near the Overworld entrance to Mount Craw.

In the third encounter in this Dungeon Door, you'll face Brigand and Cultist opponents, and the boss: Bucket Head. It's exactly what it sounds like. He's got a bucket on his head, and not much else. 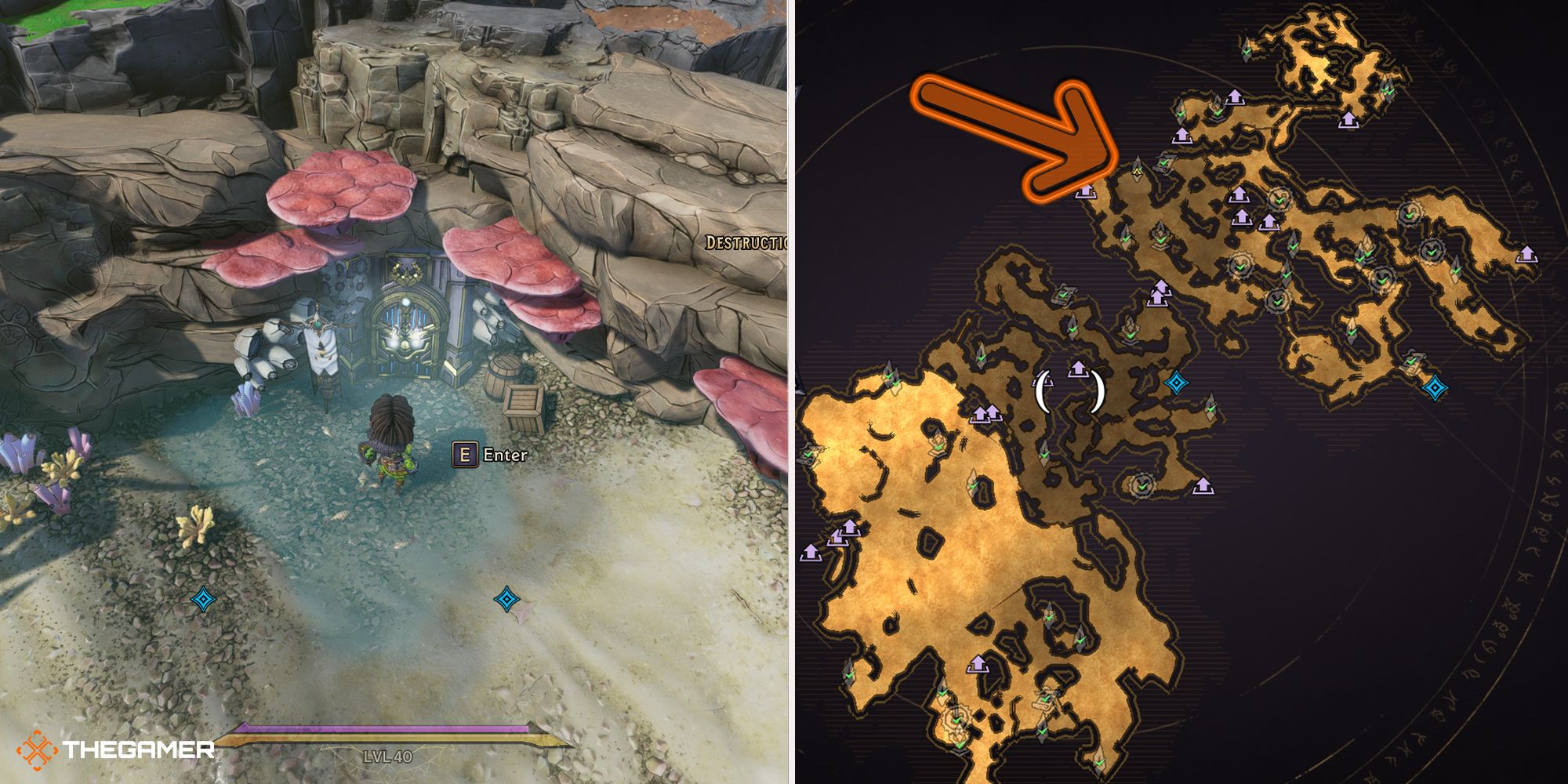 After completing the main quest 'Emotion of the Ocean' and, y'know, blowing up the ocean, this Dungeon Door becomes available. No complicated loops to jump through – just run down and find it! It's not far from the ocean-side entrance to Brighthoof.

When you make it to the third encounter in this Dungeon Door, you'll face Pirate opponents. Once you've defeated enough of those, Captain Swallow, the boss, will emerge. She's also a pirate, though she stands out in her purple fit. 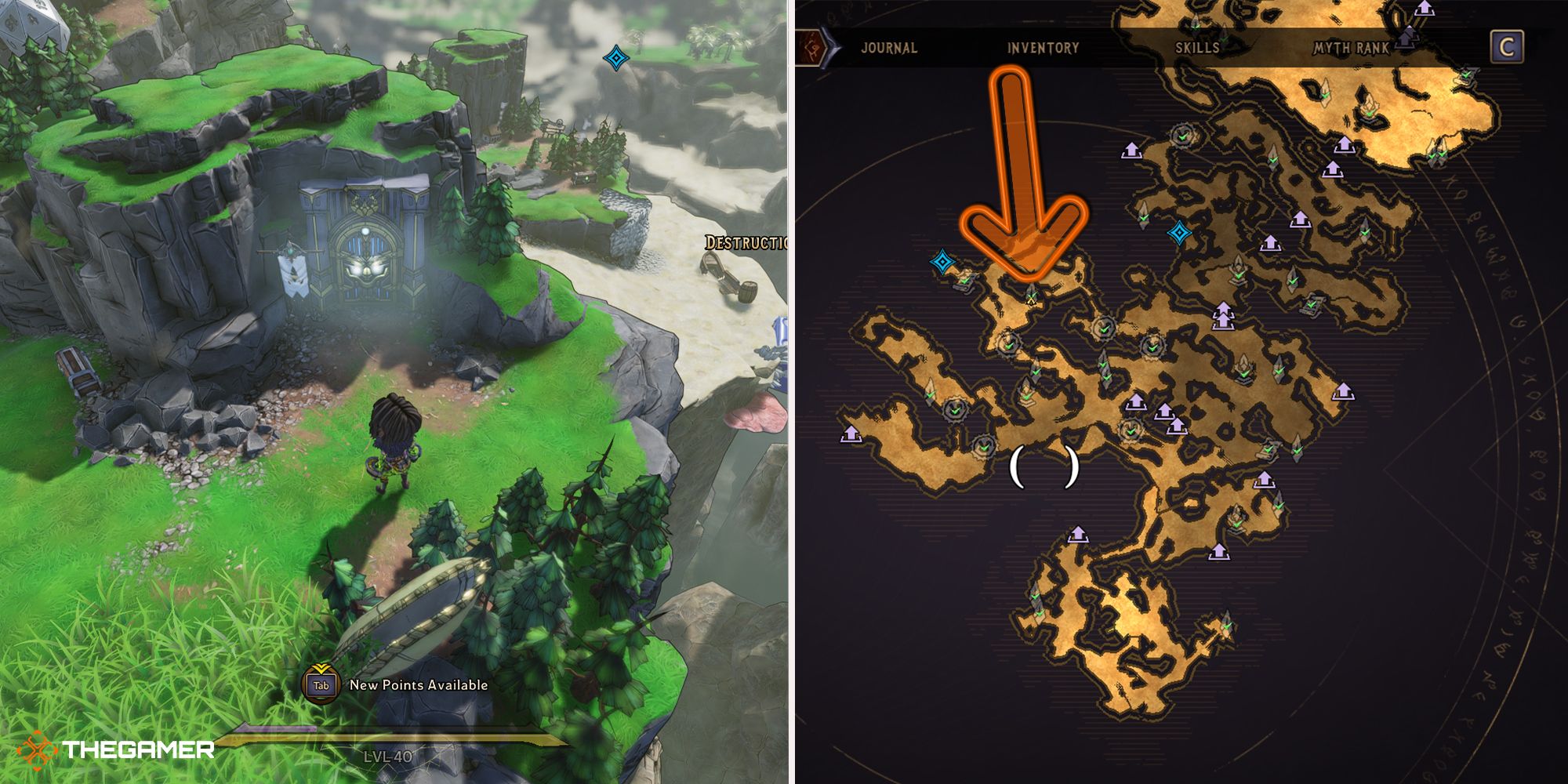 The next Dungeon Door is up a side path. To get to it, you'll need to complete the 'Ballad of Bones' quest to get into the depths of the ocean, then the 'Lens of the Deceiver' quest to unlock Invisible Bridges. Once all that's done, you'll be able to travel up and reach the Dungeon Door.

Prepare for Goblin, Troll, and Bandit opponents in the third encounter. The boss will be a human called Grissom Whitmore, who takes advantage of large and chaotic spell attacks. 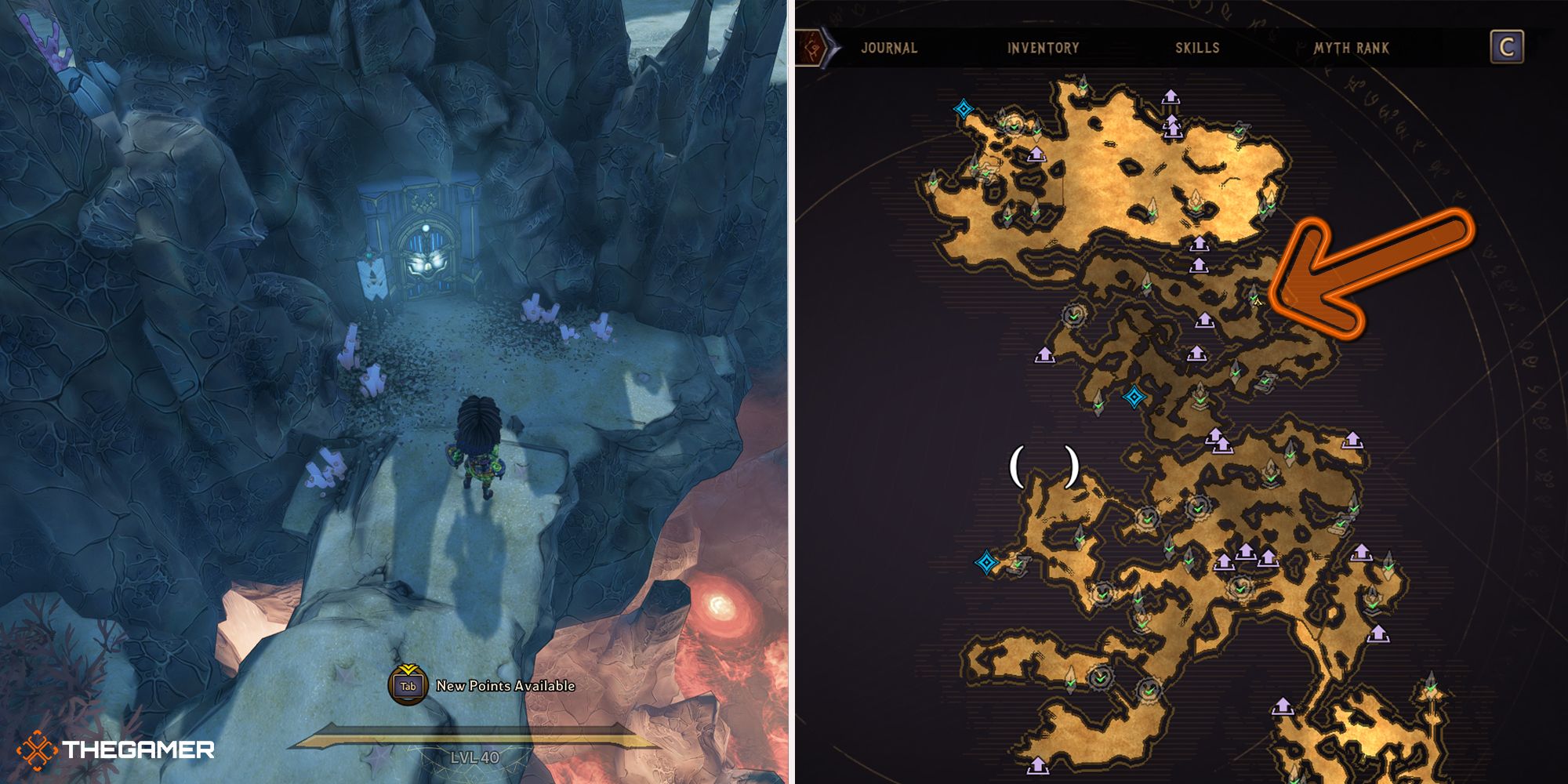 To get to this next Dungeon Door, complete the 'Mortal Coil' main quest. You'll get to the other side of the Overworld and unlock an Eraser as a shortcut; the Dungeon Door isn't far from that shortcut.

Your opponents in the third encounter of this Dungeon Door will be the massively frustrating Klomp, Bloomp, and Skuttle opponents who pop like water balloons upon impact. The boss is also a creature like them, but with magic powers: the Magical Splotch. 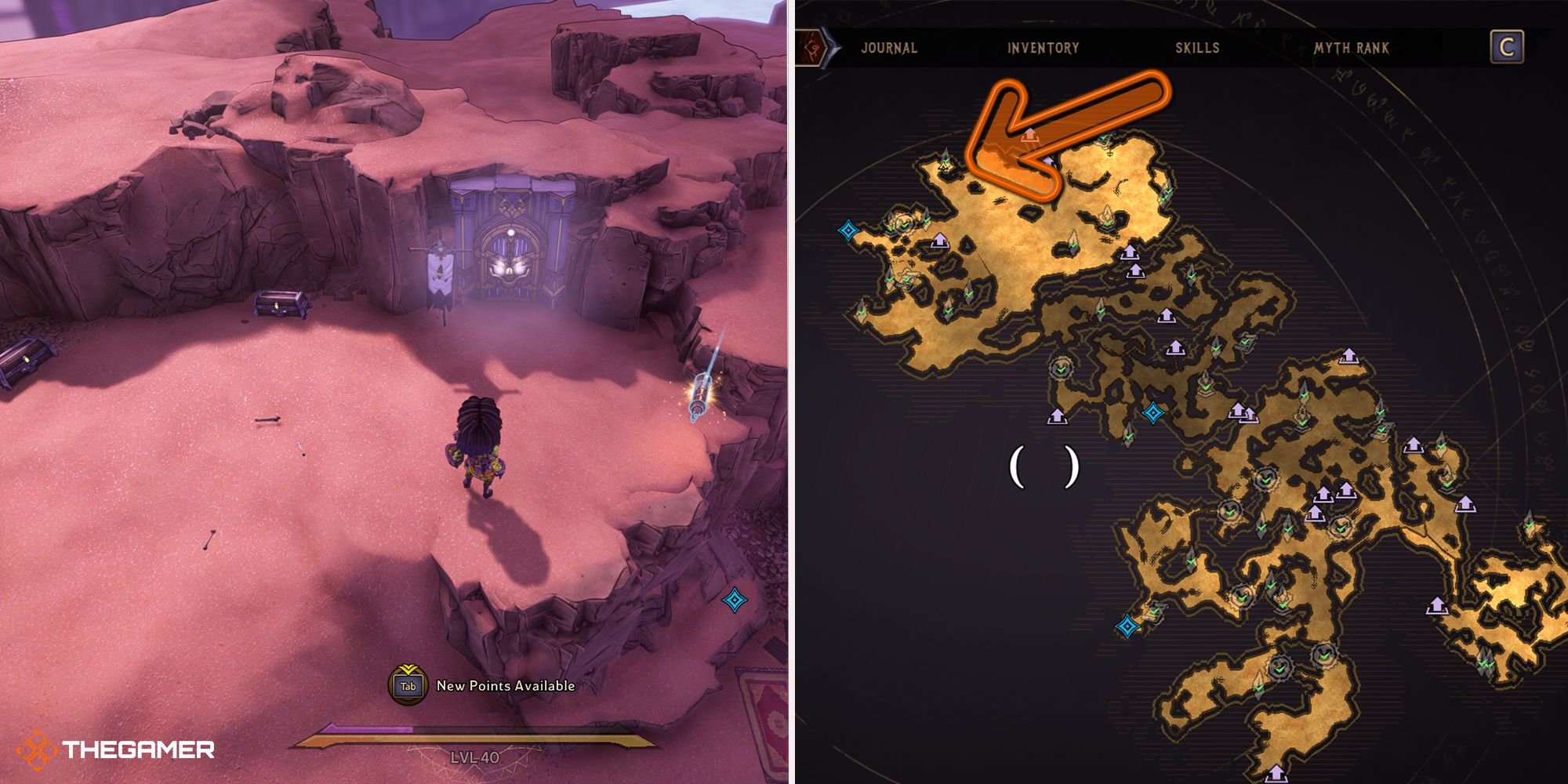 To reach the second-to-last Dungeon Door, first complete the story quest 'Son of a Witch' in Karnok's Wall. You'll exit on the other side of the ocean, into the desert. Next, approach this cliff where you'll notice that you can't reach the Dungeon Door. To fix that, just talk to the NPC, Blatherskite, who's standing right in front of it. He'll give you a brief quest 'Pocket Sandstorm,' and you'll be able to walk up to the Dungeon Door (and the Lore Scroll) once it's done.

After all that work, you'll eventually reach the third and final encounter in the dungeon. There, you'll have to fight against Coiled opponents who are adept magic users. The boss is the Eros Wyvern (a big purple dragon) who loves to ground-pound you. 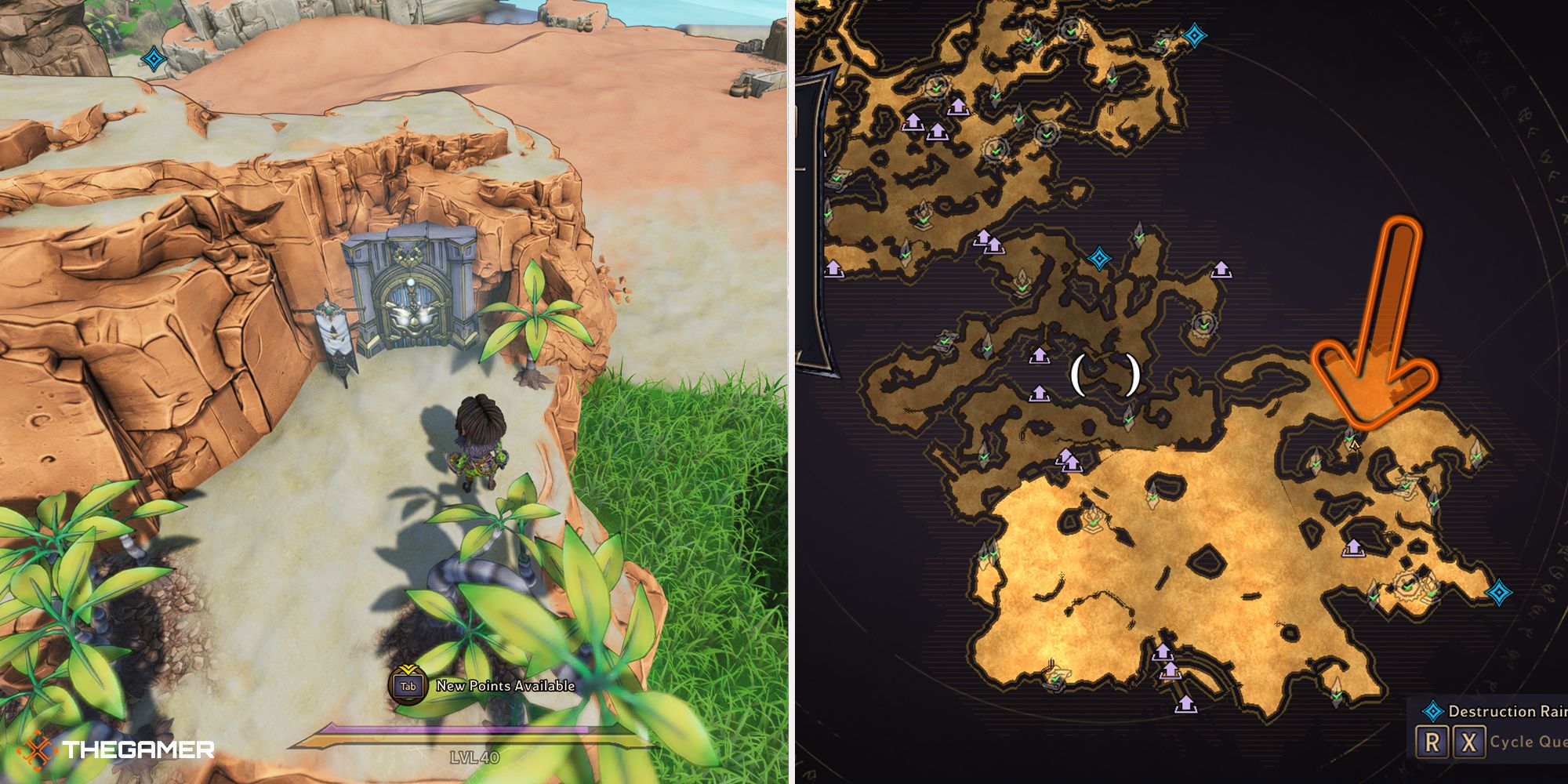 If you reached the previous Dungeon Door, you'll be able to get here, too. It's in that desert across the ocean that you access after completing the main quest 'Son of a Witch.' On one side, there's a green oasis. Unfortunately, you can't just walk up to the Dungeon Door. 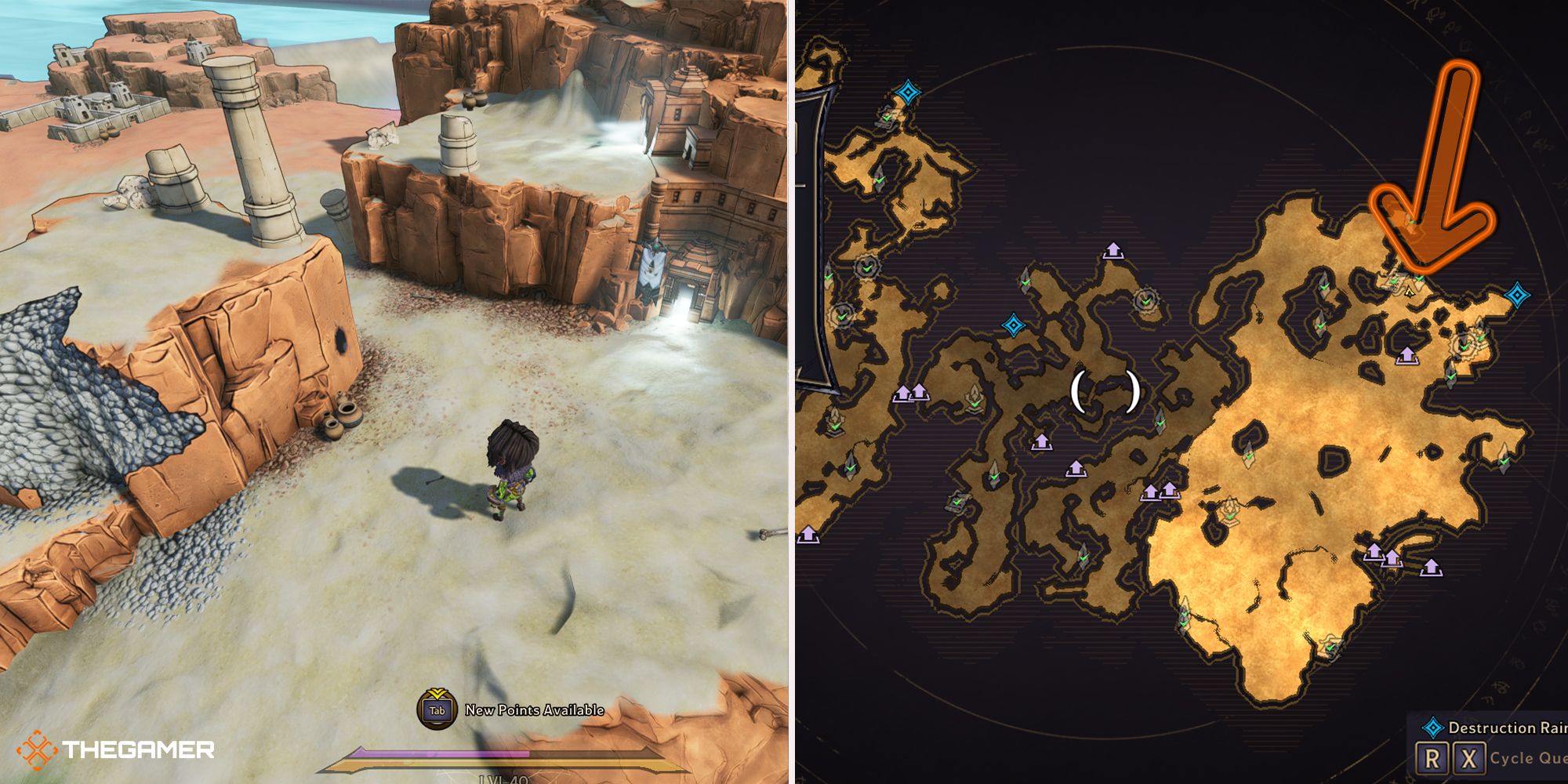 To get to it, go to the location marked above and complete the dungeon. You'll exit on the other side, at the top of the cliff. You'll need to be able to see Invisible Bridges because, there at the top, you cross one and stand on a geyser, which blasts you over next to the Dungeon Door.

Finally, you'll be ready to take on the challenge. In the third encounter, you'll have to stand against Skeletons, Zombies, and Cycloses. Thorne Shadow, a roguish human, is the boss, but he's not terribly difficult to take down.