First appearing in 1975, Moon Knight is the former mercenary Marc Spector, who after being left for dead, is brought back to life by the Egyptian God of the moon Konshu and becomes his avatar, dealing justice against those who deserve it. The character is also famous for his dissociative identity disorder, with quite a few personalities depending on which iteration of the character we talk about.

Sadly, such a character hasn't been granted a video game dedicated to him. However, that doesn't mean he's never appeared in video games; he has quite a few appearances, with some where he is playable as well, usually in games that feature many Marvel heroes. You still have plenty of good options to enjoy the Knight in video games. 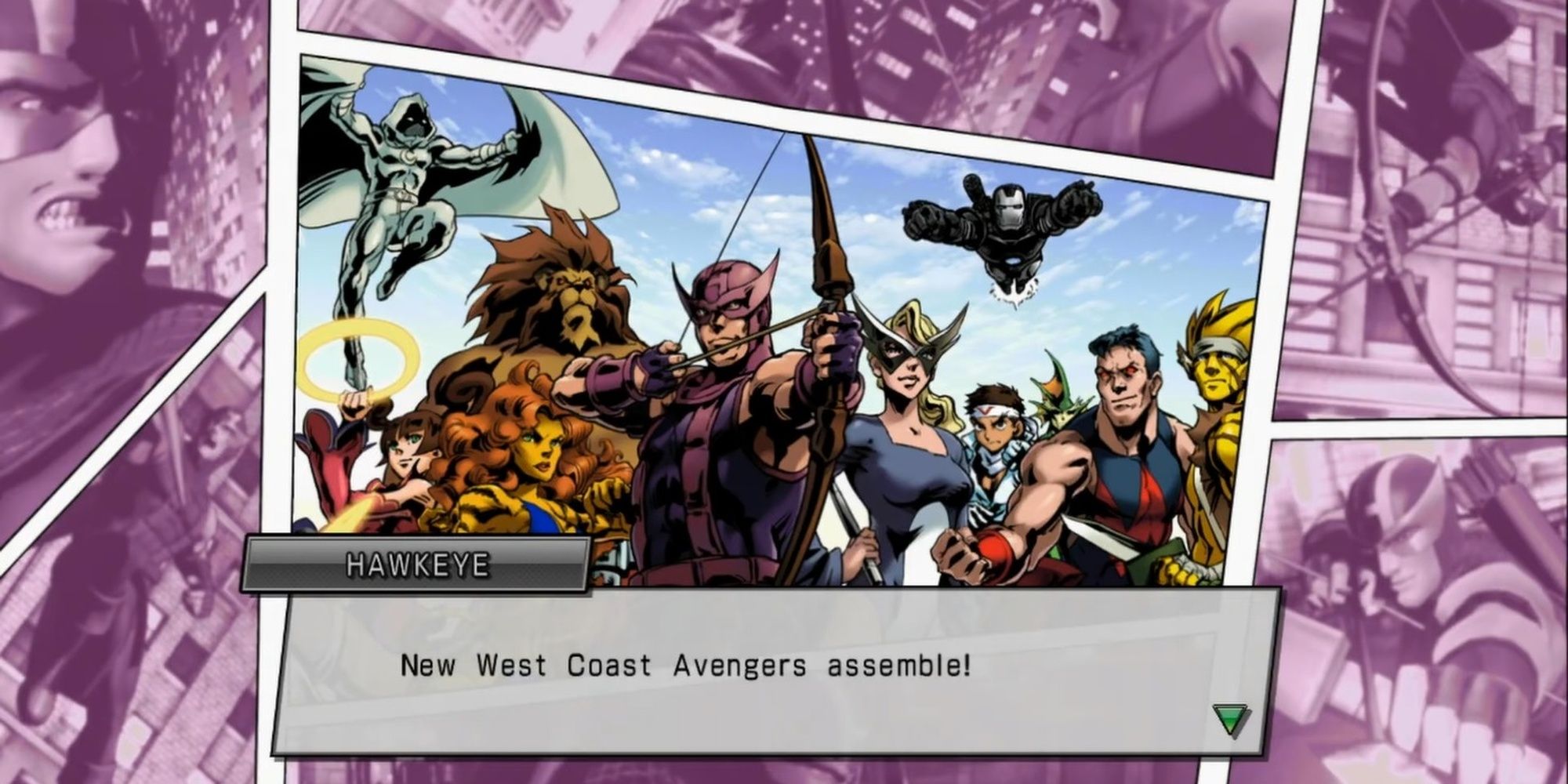 The outstanding continuation of this beautiful fighting series unfortunately didn't do justice to Moon Knight at all. While he is technically in the game, He only briefly appears in a cutscene during Hawkeye's ending. Not just that, it's essentially a still image in the cutscene. Not the best start, especially considering he'd be a great addition to a fighting game. 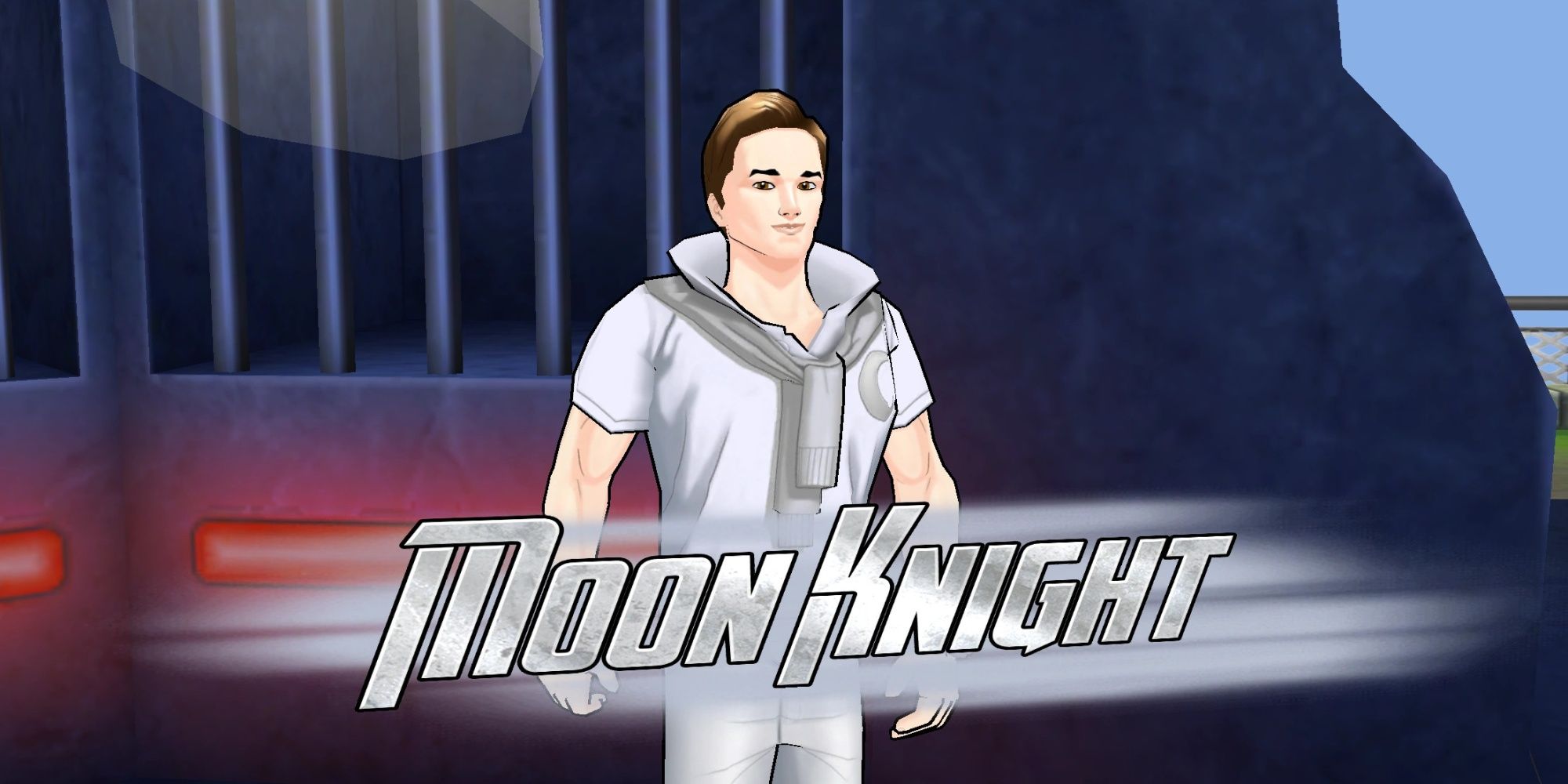 This is an odd one, but it does beat a simple cameo. Moon Knight was an unlockable character on the no-longer-available Marvel Avengers Academy, a freemium mobile game where you organize a university dedicated to training heroes, with teenage versions of the characters. One of them is, as you can expect, Moon Knight. A young version of him at least, where you need to help train and become the Moon Knight we're accustomed to. 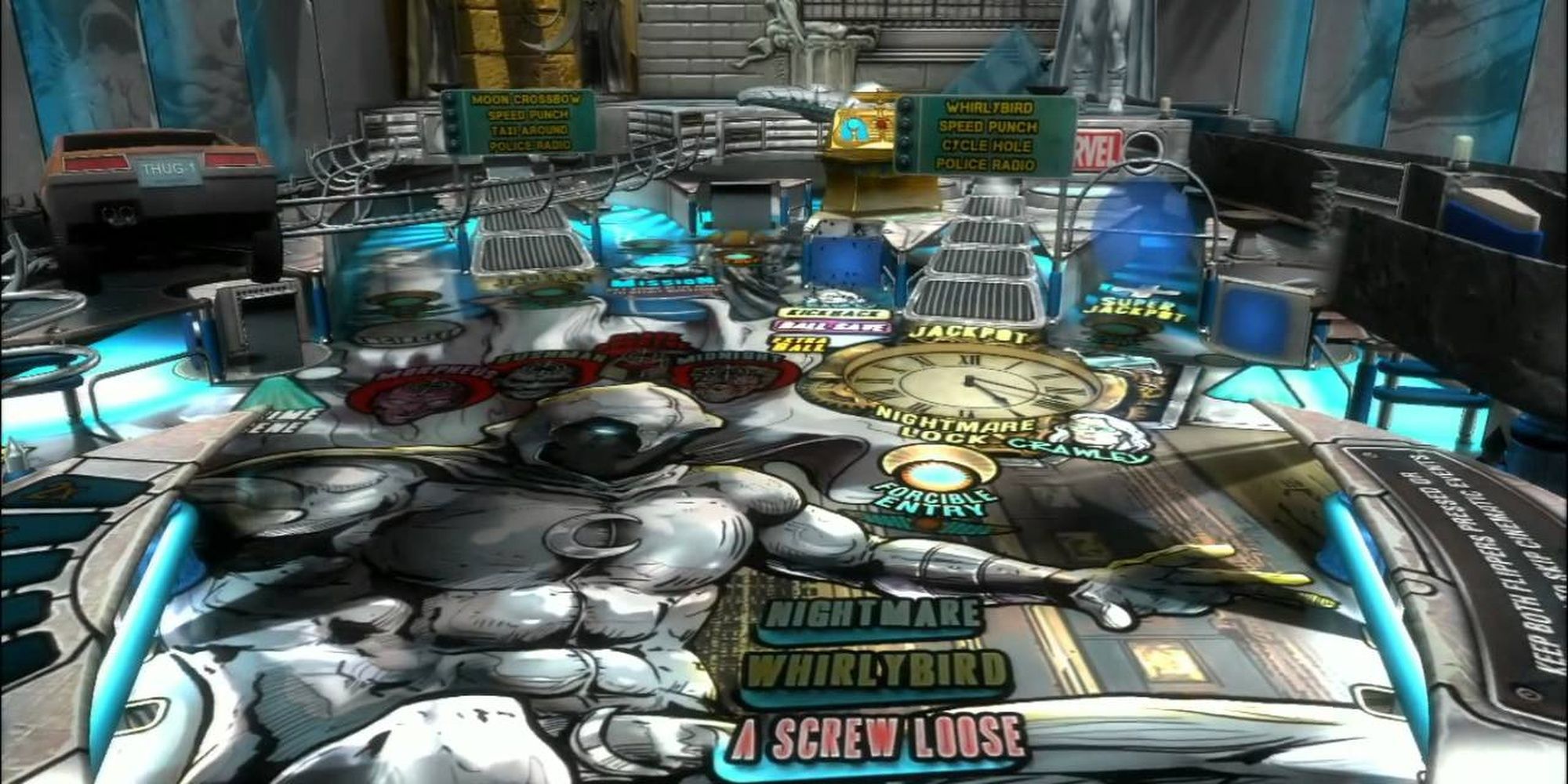 Moon Knight has a level dedicated to him in Marvel Pinball. The game offers many tables, each based on different characters or groups within the Marvel universe, and Moon Knight received one as downloadable content, chosen by fan demand on an online poll.

Still, there isn't much else to be said about this appearance, other than he appears in the background and is voiced by none other than Troy Baker himself. 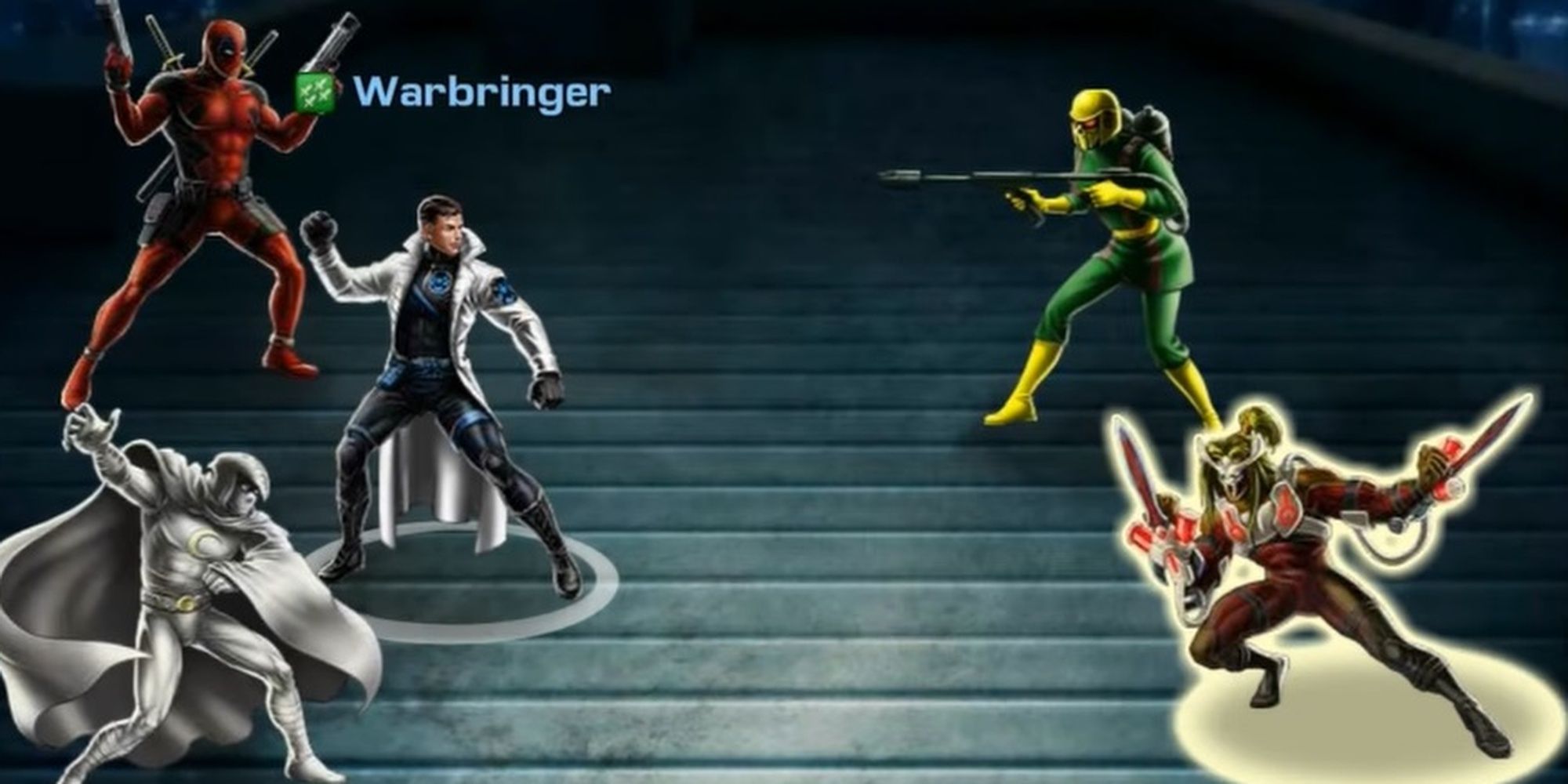 Digging a bit further into discontinued games, Marvel Avengers Alliance was a turn-based flash game (not one of the best out there, sadly), available for both mobile and on websites, such as Facebook. In it, you could unlock many characters from Marvel and make your team fight against many villains. And one of the heroes you could obtain was Moon Knight, with many buffing abilities for his allies and debuffing for his enemies. 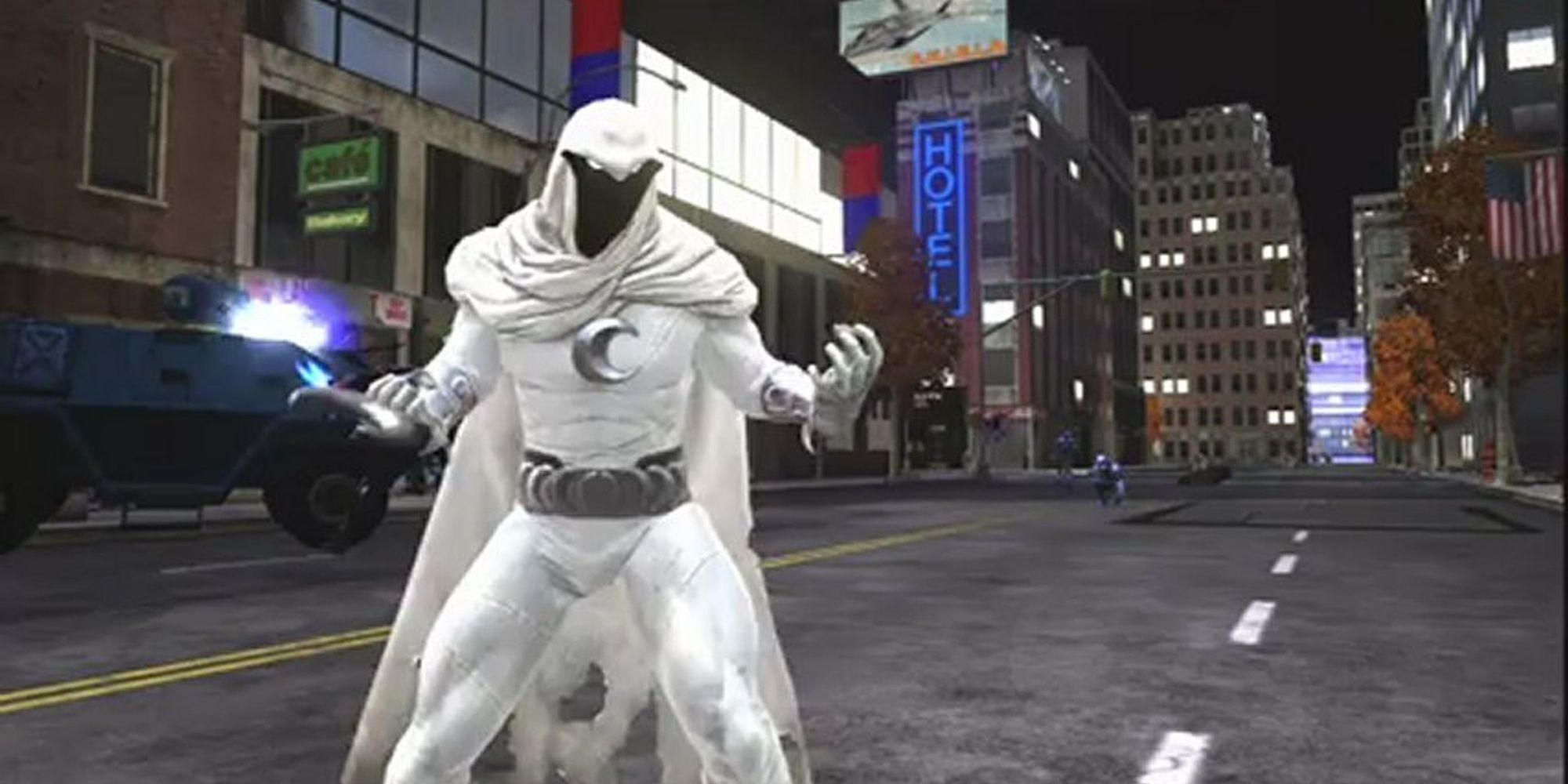 During Spider-Man's adventures in this game, Moon Knight appears and assists him against Wilson Fisk, also known as the Kingpin. Marc isn't playable sadly, and rather works as a mission-giver, with some interactions and missions for you to accomplish in order to save New York City. However, he can be summoned as a companion and help you in combat, which is pretty fun. 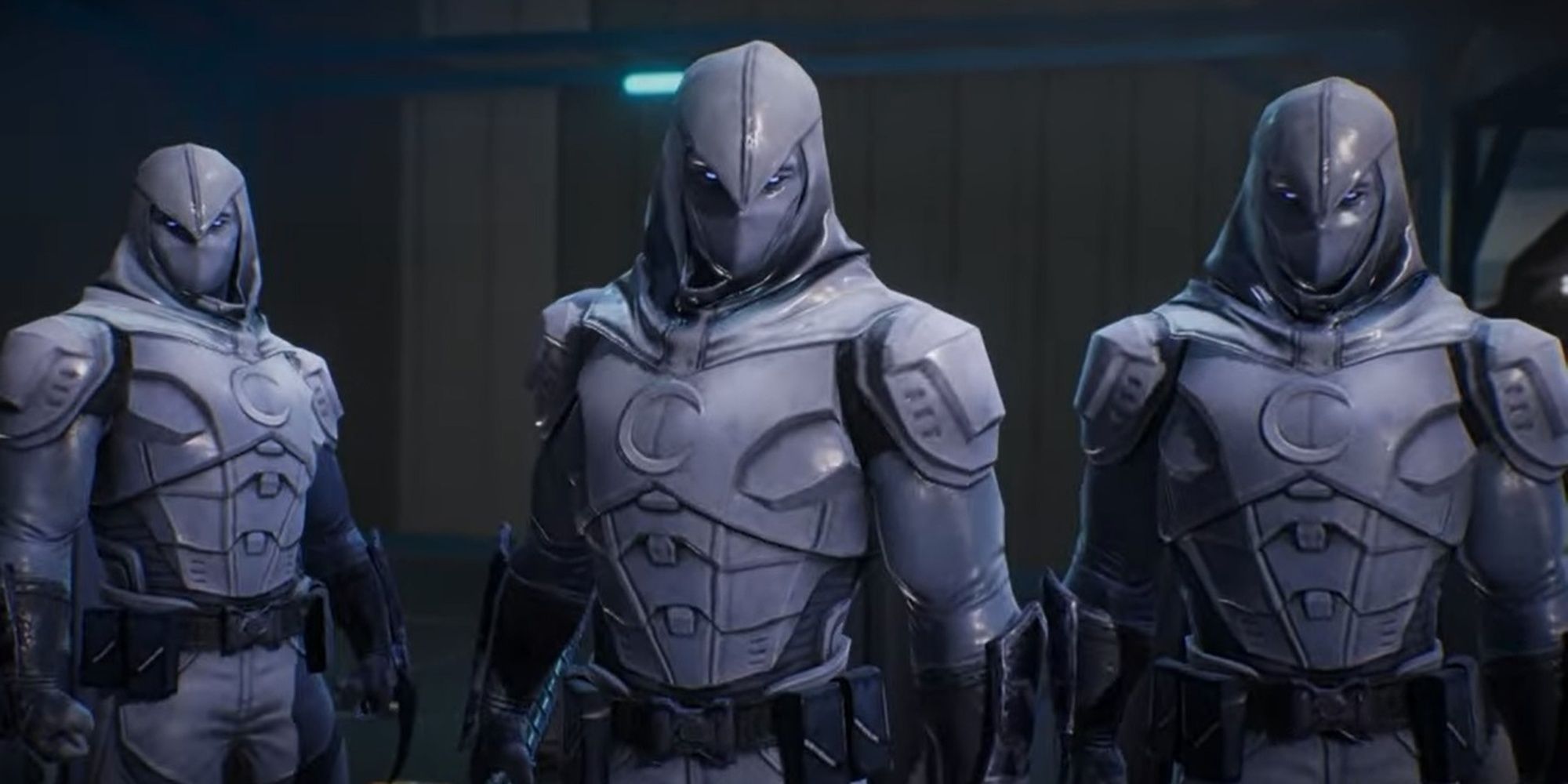 A rather new addition, Moon Knight was only recently included in this game that also hasn't been around for very long. This mobile MMORPG that can play itself does not allow you to play as him, but you can summon him as your companion, and he also has significance in the story, where many realities converge on each other. One curious detail of this convergence is that you actually have three versions of him from different realities, and each of his core personalities, Marc, Steven, and Jake, control each of the Knights you see. 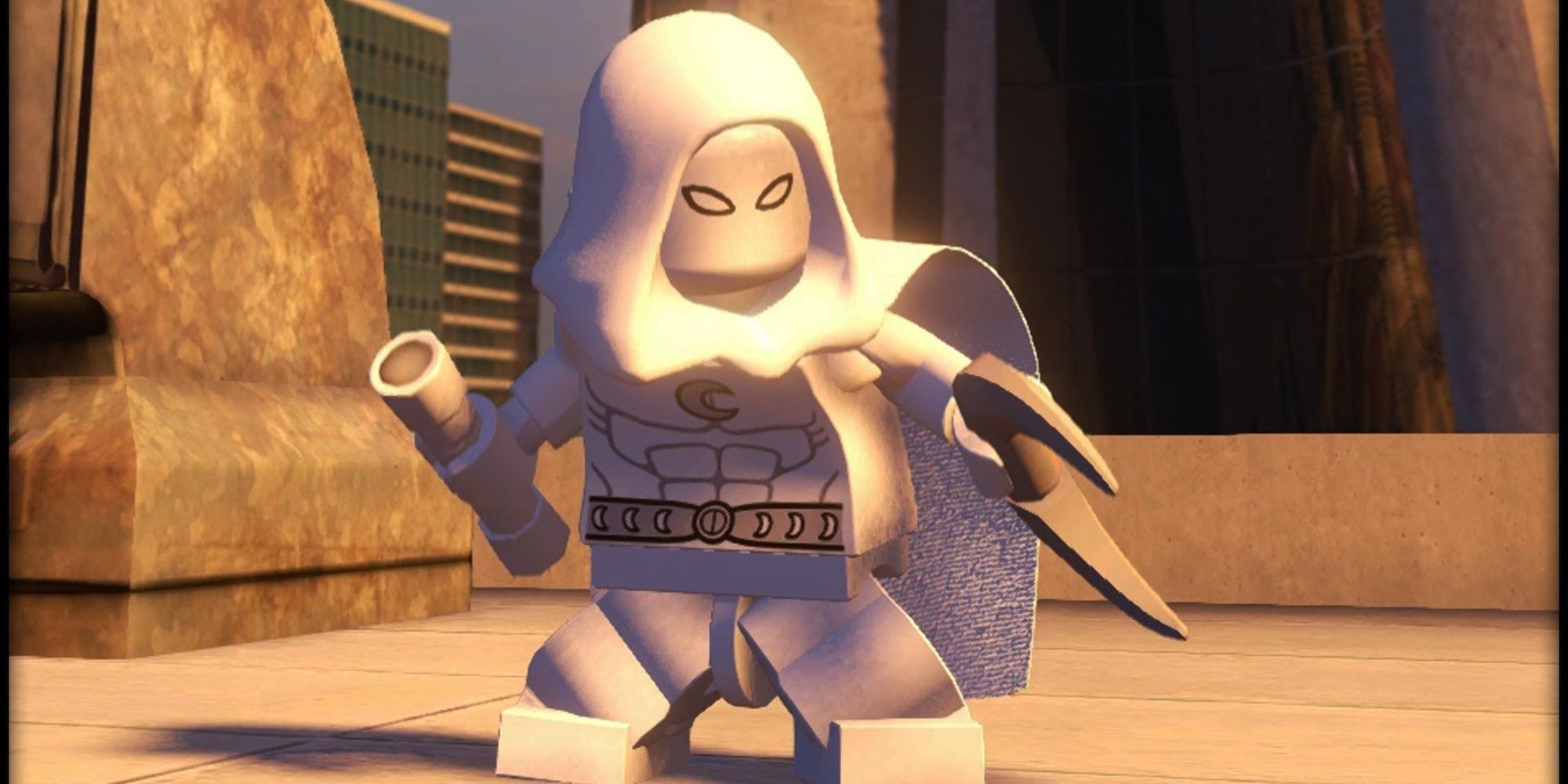 Lego is pretty famous by now for making video games, among, you know, Lego. With many games using different characters and franchises, they have quite a few games using Marvel's characters. In Lego Marvel's Avengers, you can unlock Marc Spector after completing a mission with him, allowing you to venture through the world as Moon Knight. 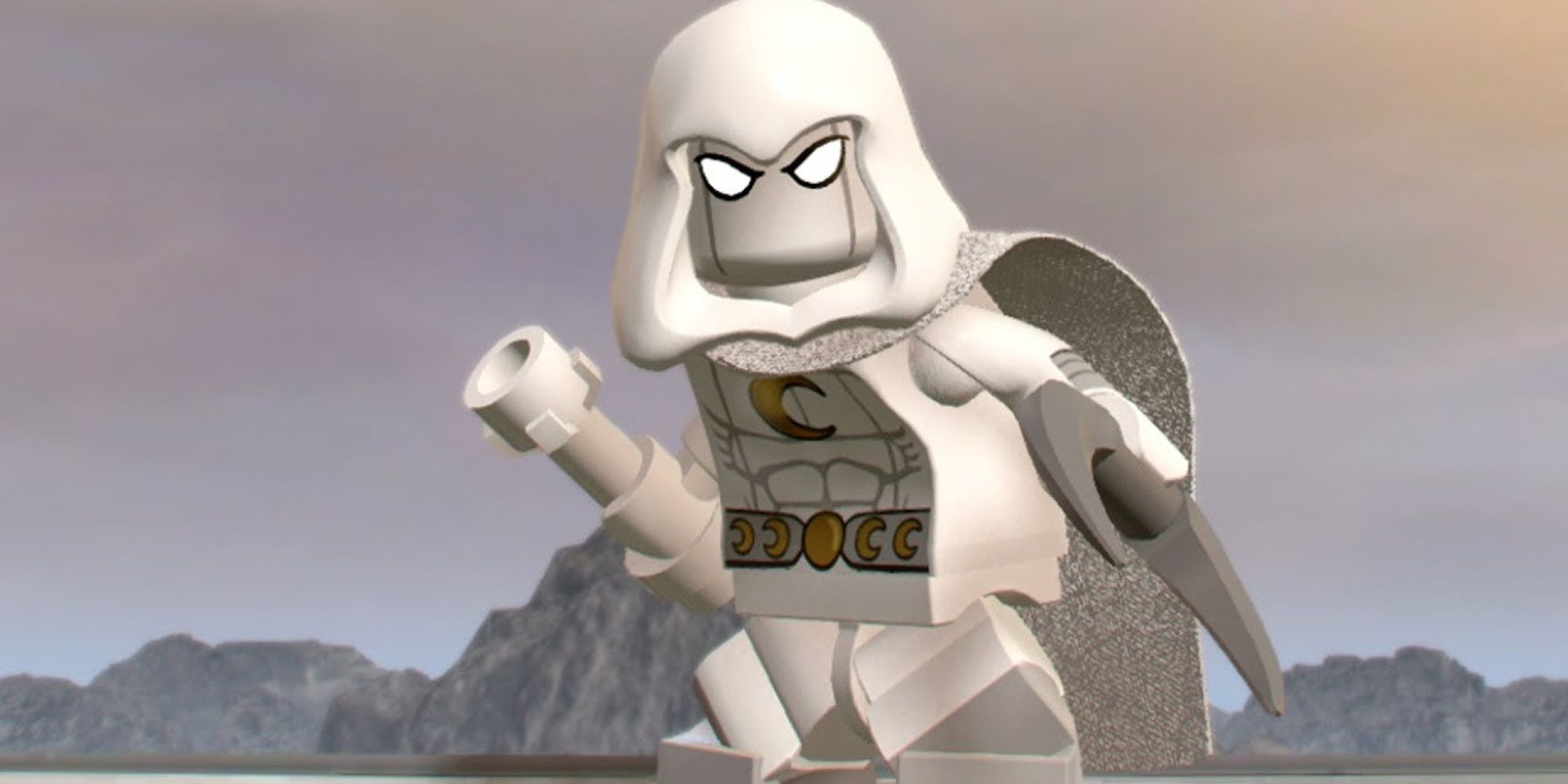 Continuing the Lego extravaganza, Moon Knight returns to this blocky world in Lego Marvel Super Heroes 2. He also needs to be unlocked, and his gameplay is more or less the same, with some extra attacks and better visuals. Still, considering how fun the Lego games are in terms of gameplay and comedy, having him back is always a treasure. 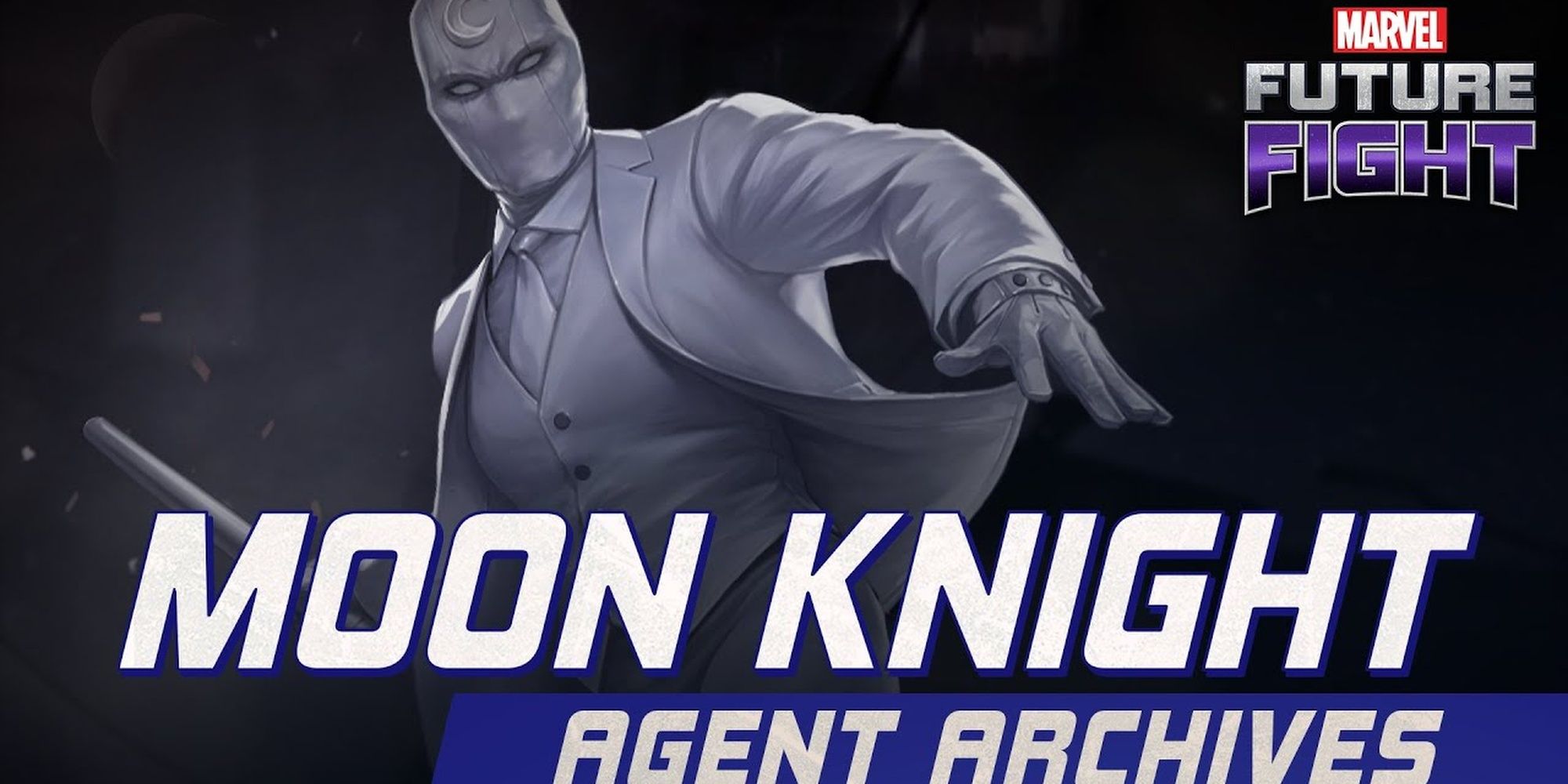 Going back to mobile games, but on a more positive note this time, Moon Knight (and Mr. Knight) can be unlocked in Marvel Future Fight.

With many interesting abilities, He can be an extremely powerful melee fighter, depending on the build you create for him. He is also very useful for the group given specific passive skills the character features. 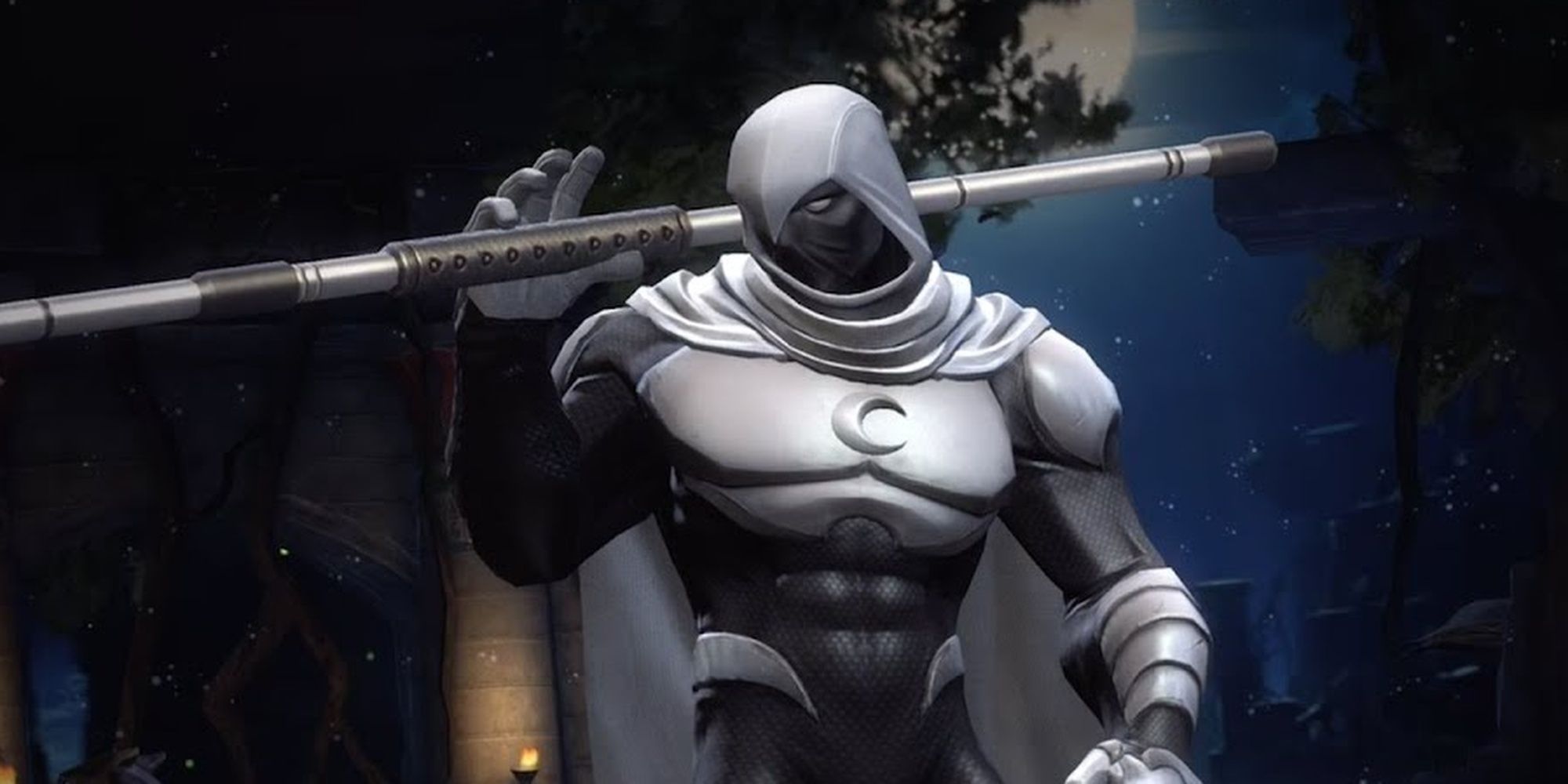 This mobile fighting game contains many heroes (and villains) for you to choose from, and Moon Knight is part of this roster. The fighting mechanics can be a bit limited, considering that it's a mobile game, but he has quite some interesting moves, especially a bleeding effect he causes that makes his opponent receives a bit of damage over time. 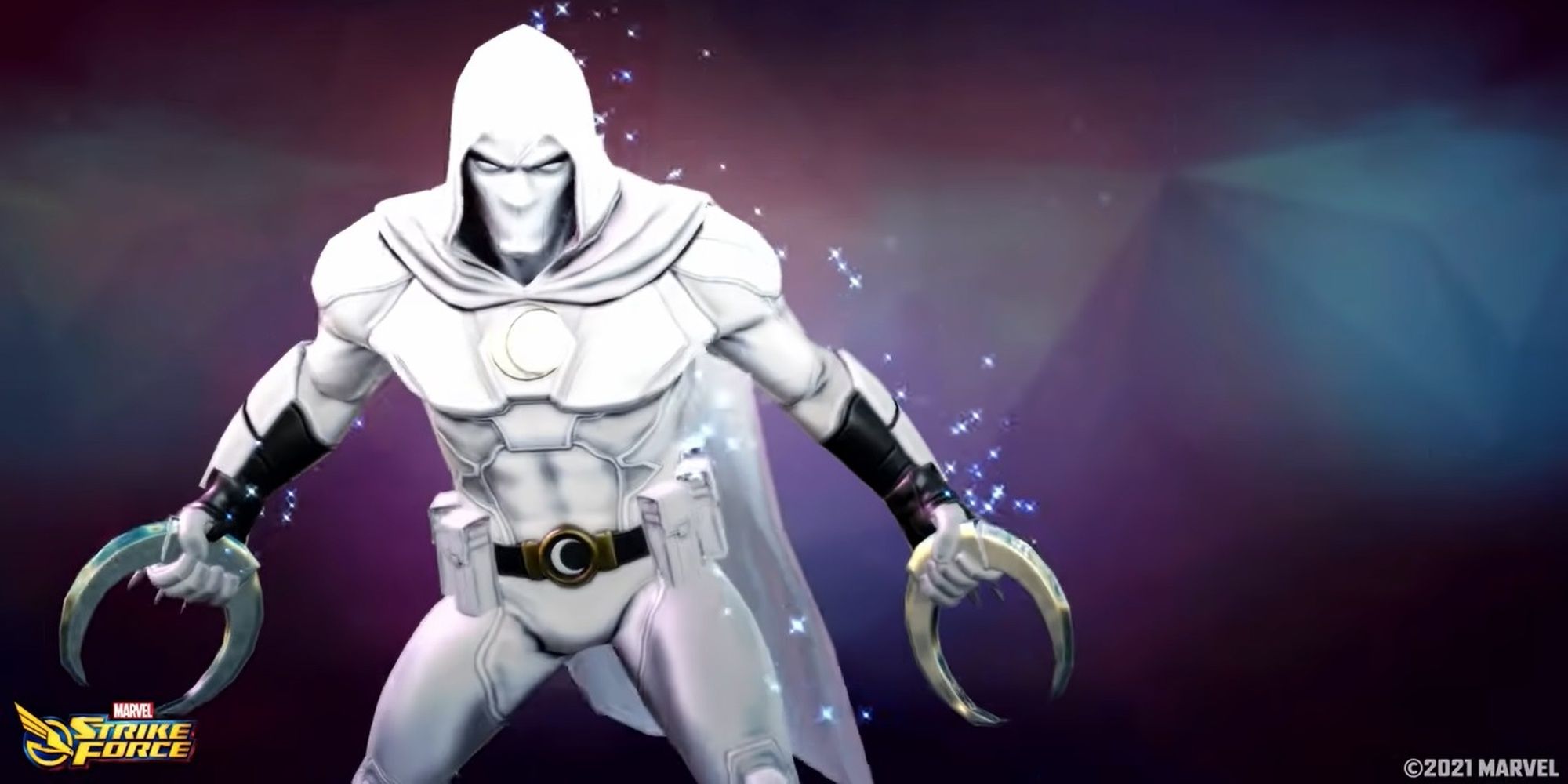 Another turn-based RPG, though this time a far better one. Marvel Strike Force is a mobile game where you build your team of heroes, and yours truly, Marc Spector, is one of them. Here, he has a lot of different attacks that debuff enemies as well as buff himself. He's also part of the Shadow Land team, a subcategory certain characters have (others being Daredevil and Elektra, for example), which makes them work better when they're teamed together. 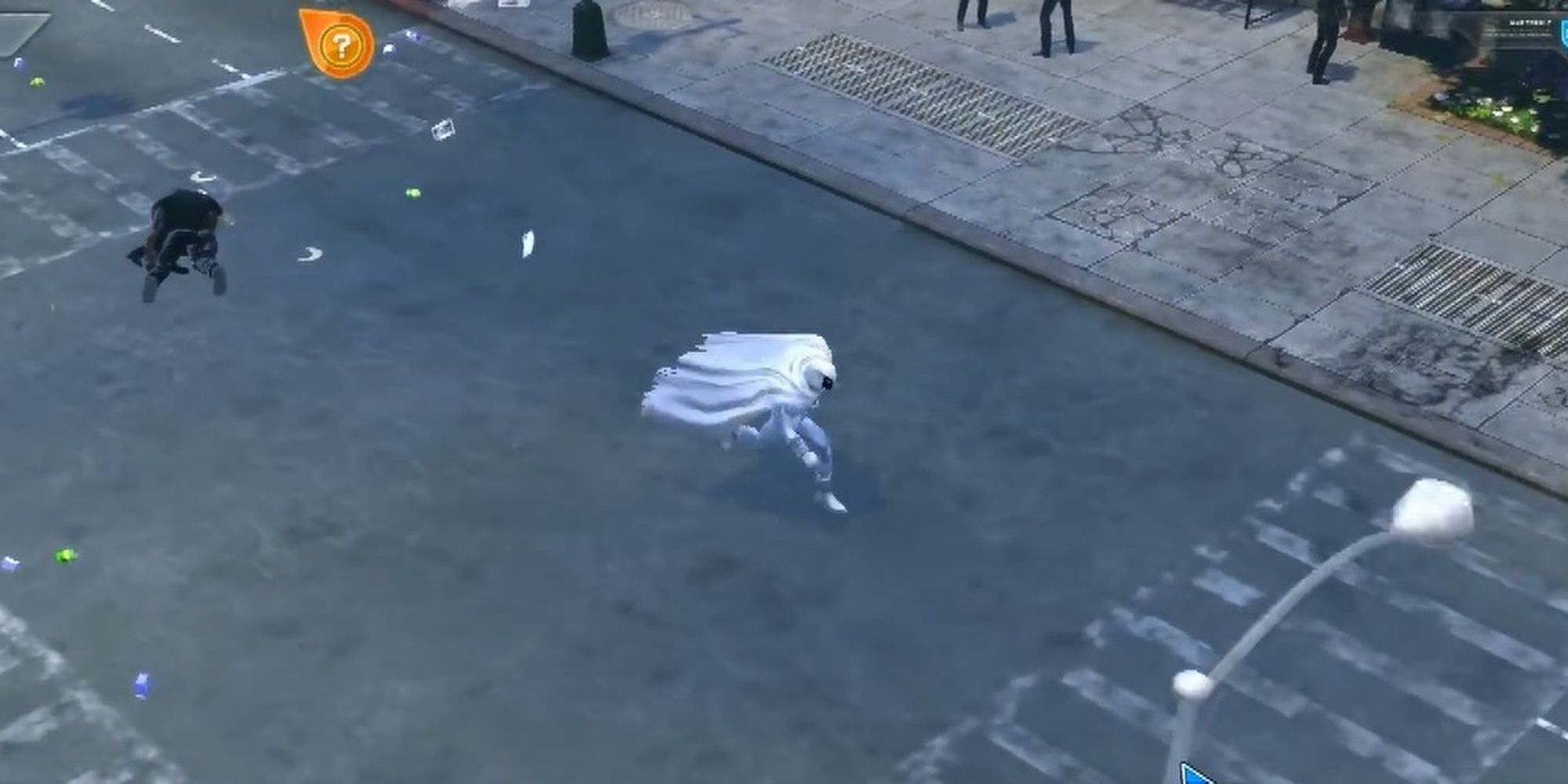 Inspired by the Ultimate Alliance games, but with online features, Marvel Heroes Omega sadly is another game from this list that was shut down. The same idea of the previous games remained; you could choose between many Marvel heroes to play as, including, you guessed it, Moon Knight. The gameplay offered more options, considering that it was a console game rather than mobile, but there isn't any special detail about his appearance here. 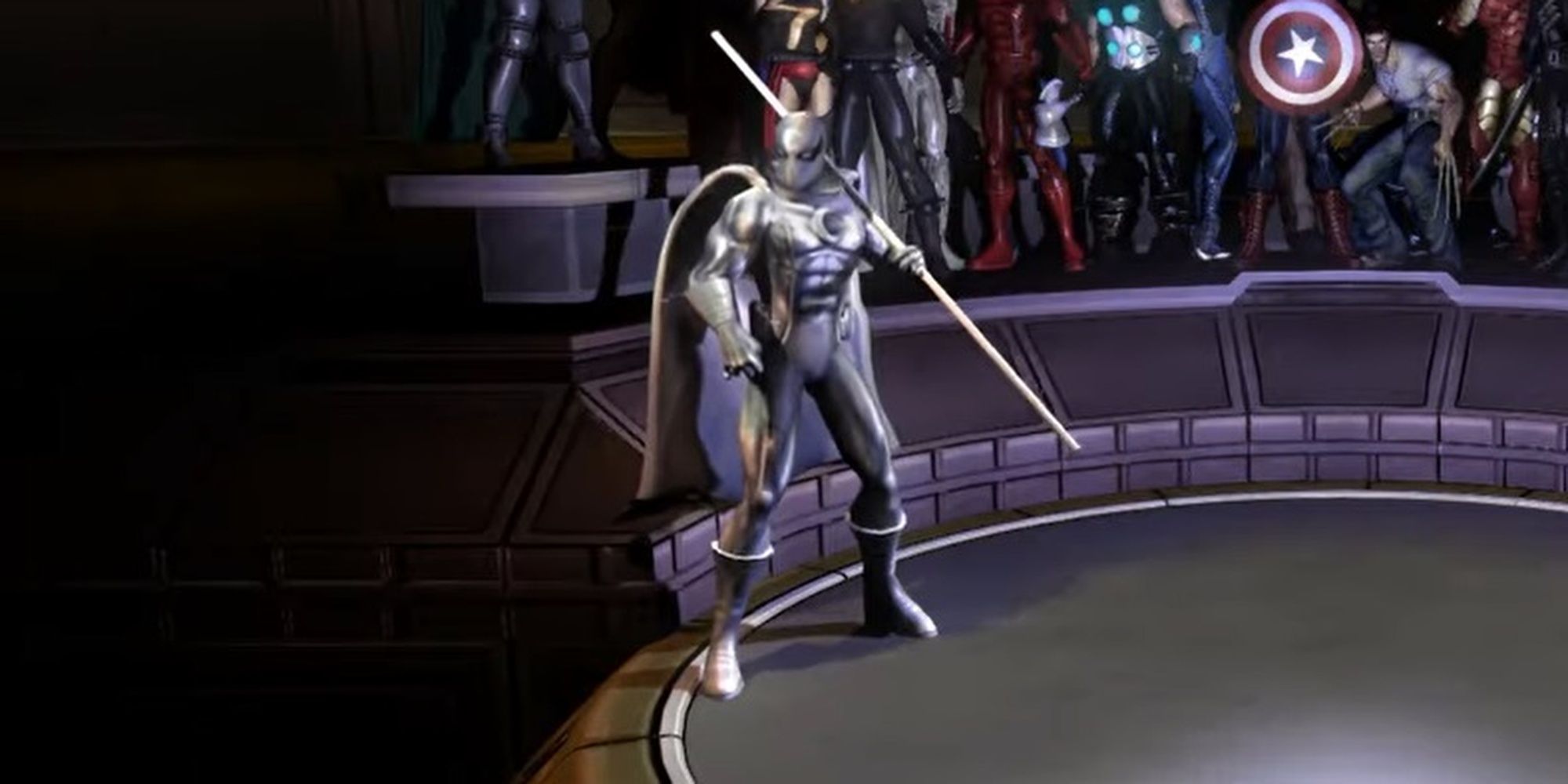 A classic from the PlayStation 2 and 3 eras, Marvel Ultimate Alliance follows the same scheme as the previous entry, though you can switch between a team or four characters or play co-op. In this game, you can unlock and play as Moon Knight, who offers much more versatile gameplay compared to previous entries, though he offers little story-wise. Still, his attacks are strong and fast, and you can spam them quite a lot. 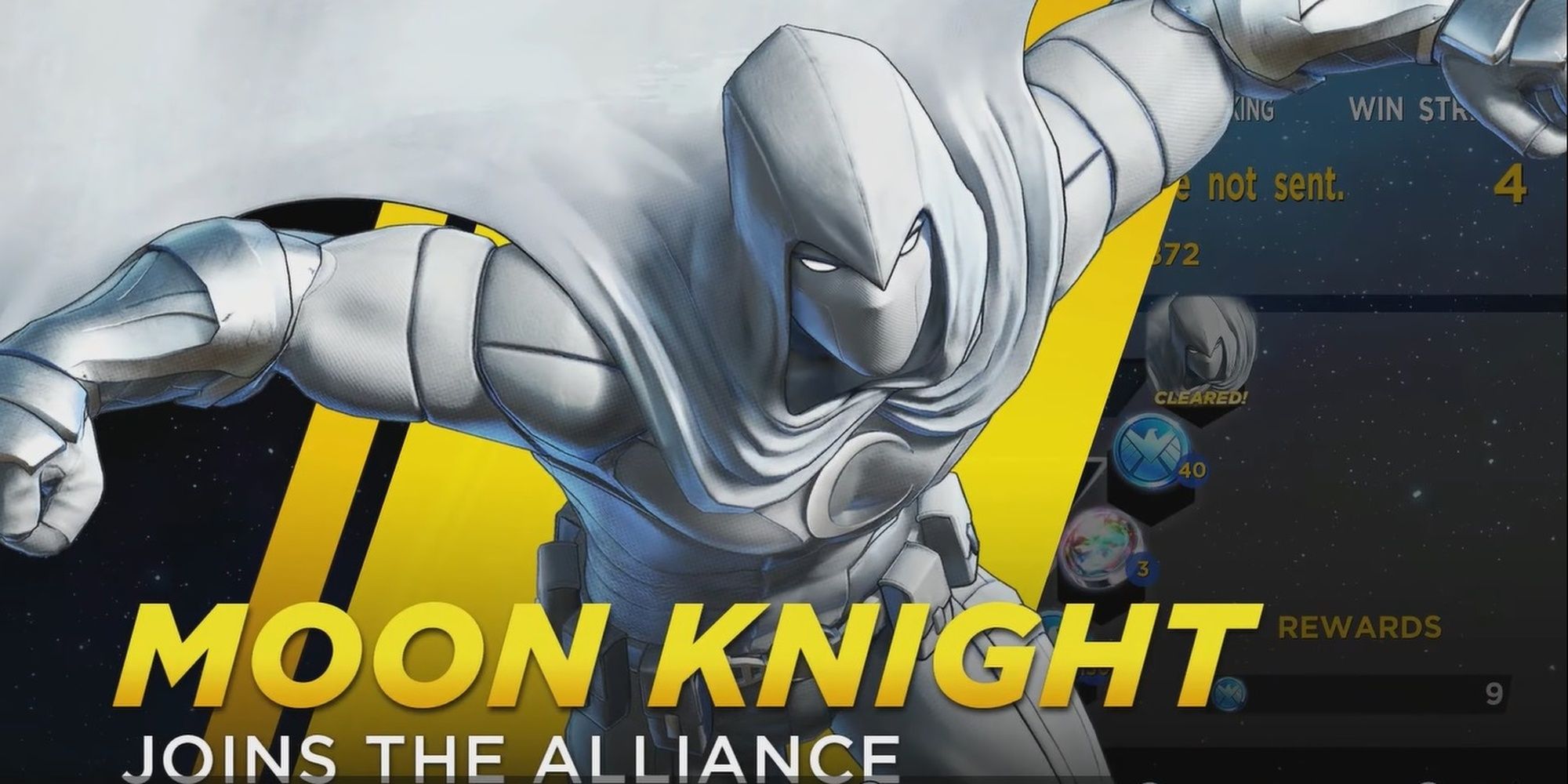 While the second game of the series sadly skipped our moon-themed hero, the third game brings him back in one of the best superhero games for Switch through a DLC. The basic idea is the same as in the first game, but his attacks and overall gameplay improved a lot from what was done before. He has a strong knockback attack and abilities, and his synergy with other characters works a lot better.