A select few were given the chance to get hands-on with the PS5 for the first time over the weekend, and they discovered a nut hidden within the console’s casing.

A lot has been said about the PS5 so far in 2020, and it’s now only a little more than a month until release day. However, until now, no one outside of its creators has been given a hands-on experience with the next-gen console. That changed over the weekend as a lucky few YouTubers and writers from Japanese publications were given the chance to see the PS5 up close and personal.

The invitees were given a chance to play a few PS5 launch games, including Astro’s Playroom which comes bundled with the console, Godfall, and Balan Wonderland. Photos taken during the session have also given the rest of the world the first real idea of how big the PS5 really is. Prior to that, the closest example given came in the form of some unofficial diagrams showing the PS5 alongside different sized TVs and other consoles.

Suffice to say, the PS5 is massive. That’s not the only takeaway gamers have taken from the new hands-on images, though. Some have noticed that there is a mysterious nut, bolt, or latch just inside of the console’s casing. Chances are this nut is there for a bigger reason than holding the case in place, and the internet has been speculating as to what its function might be. 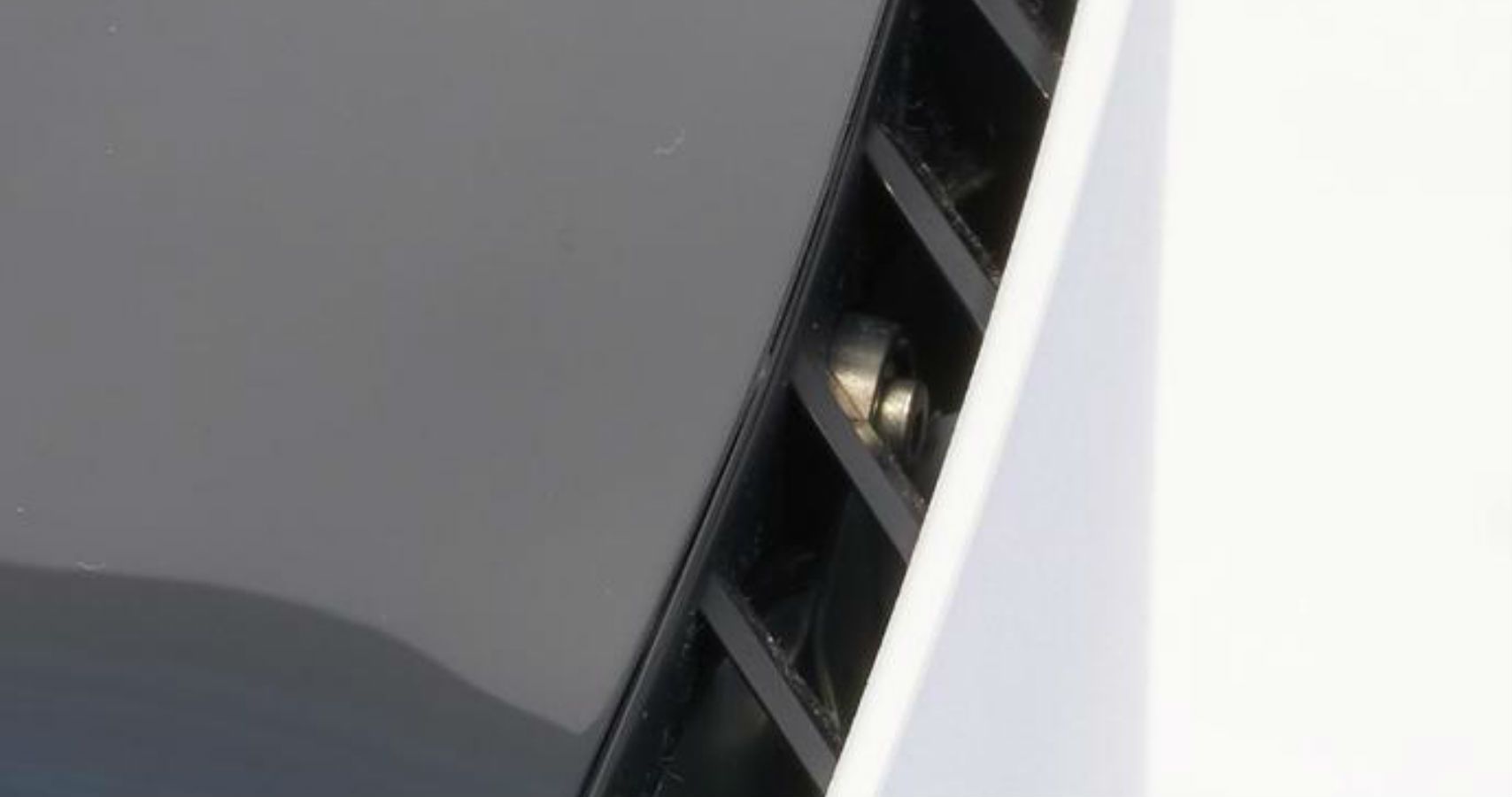 The nut must be in an easily accessible place to allow users to access it should they need to. Amid talk that gamers will be able to add to the PS5’s storage via additional SSD drives, the most logical explanation is that the slots for them are hidden under the console’s case. Perhaps once the mystery nut is removed, it allows users to access those slots and expand the console’s storage capability.

The removal of the nut may also allow the case to be taken off of the console in its entirety and replaced with one that is a different color or design. Companies have already started to manufacture and sell alternative skins for the PS5. Perhaps they will be more than something that sits on top of the outer case and actually replace it.

NEXT: Microsoft Giving Those Who Failed To Get Xbox All Access A Second Chance