Facebook users’ awareness of the privacy controls available to them remains rather poor. According to a Pew Research Center survey conducted in May-June 2018, only 54% of users in the U.S. had adjusted their privacy settings in the past 12 months. Mishaps haven’t helped matters — following the Cambridge Analytical, users’ confidence in the company’s commitment to privacy plunged by 66%.

In what might be perceived as a preliminary step toward turning those trends around, Facebook this morning announced that it’s launching a new version of Privacy Checkup, the tool it introduced in 2014 to help users review who’s able to view their posts and profile the info and data apps can access when they’re logged in with Facebook. It’s slated to begin rolling out globally today, coinciding with the kickoff of the 2020 Consumer Electronics Show.

Facebook says the refreshed Privacy Checkup has expanded to show more security topics and enable people to review controls holistically. To this end, it’s been completely restructured with eight modules and four topics, as opposed to the previous post, profile, and connect apps modules. The updated version includes the following features: 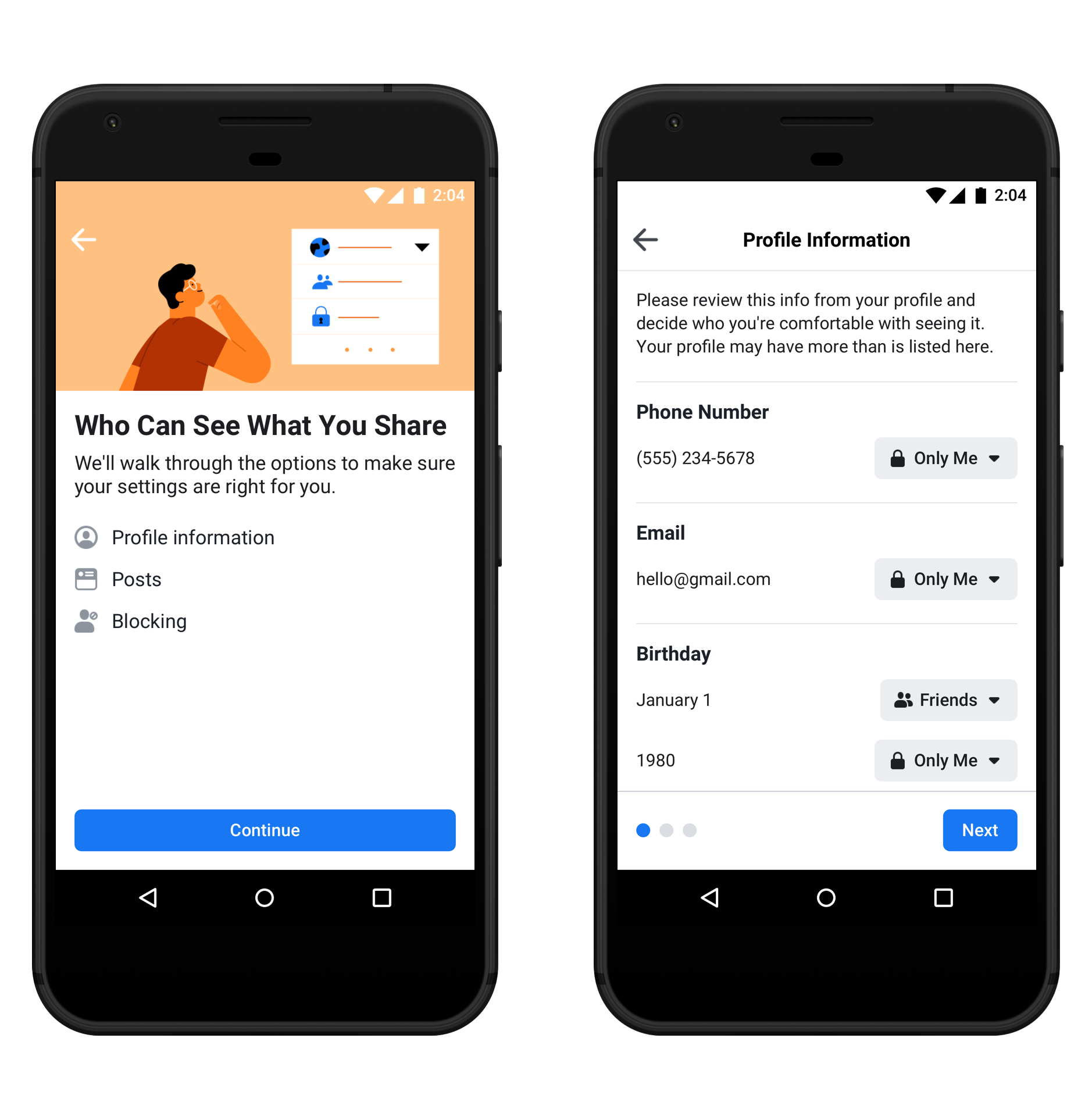 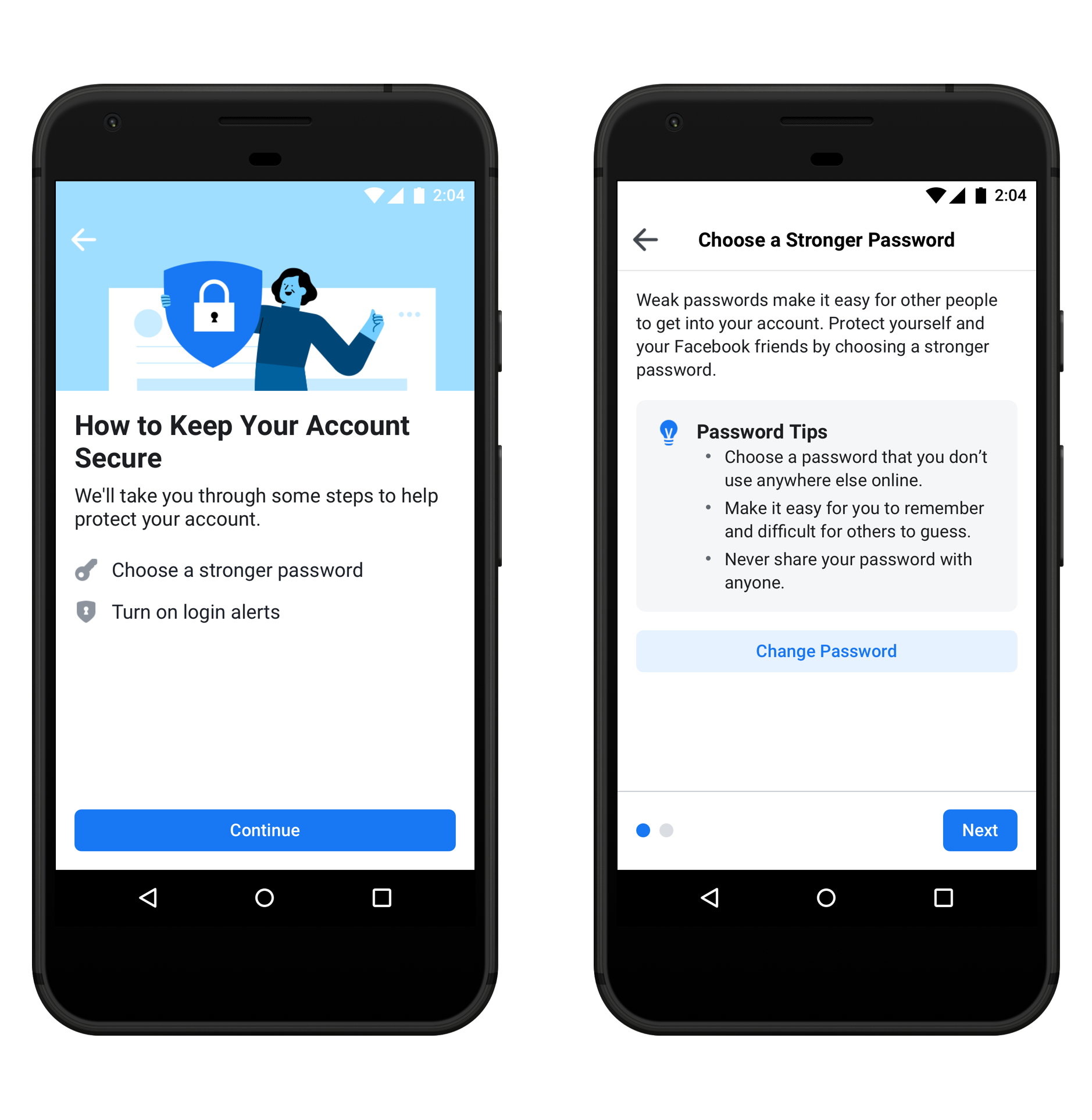 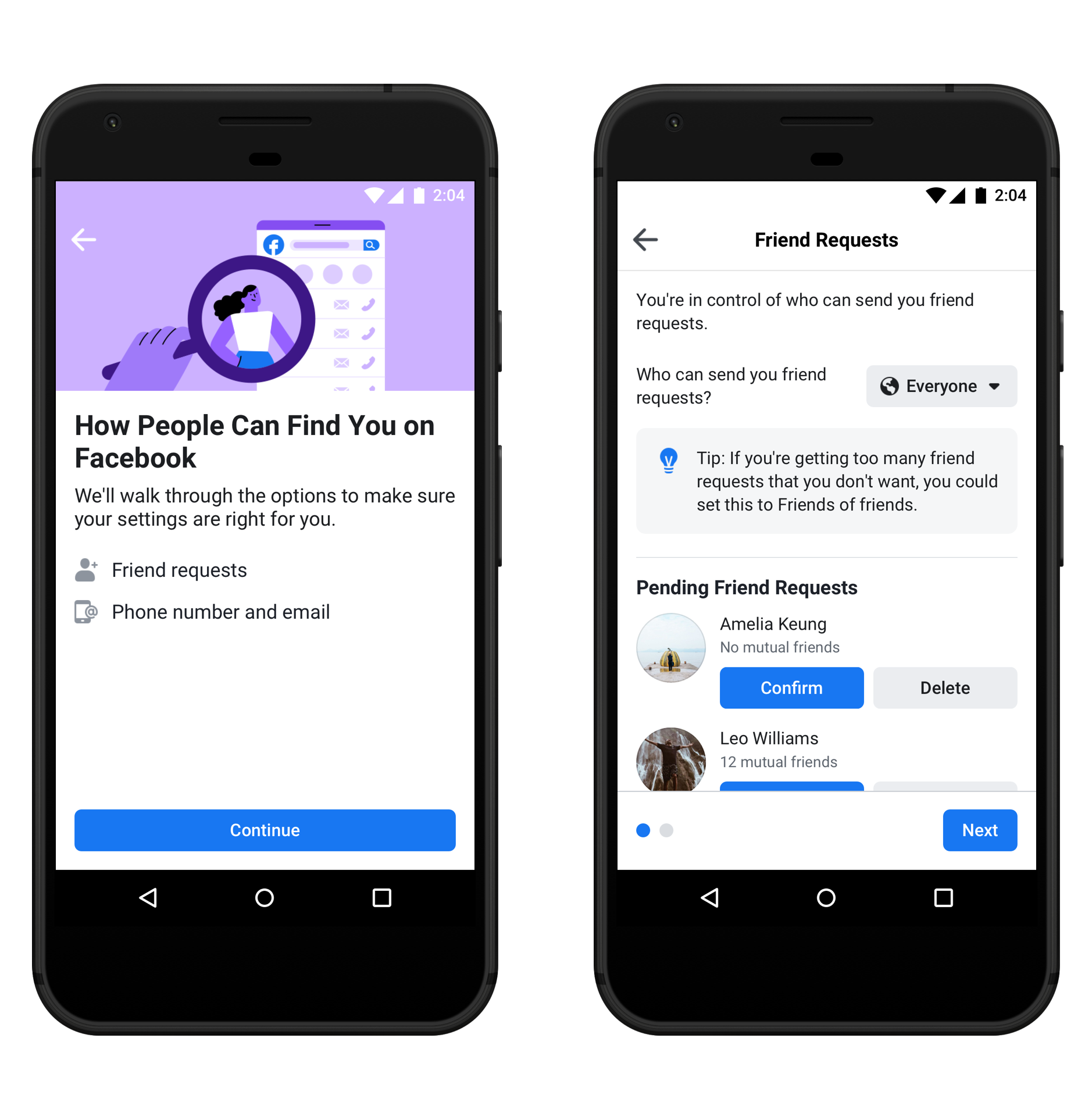 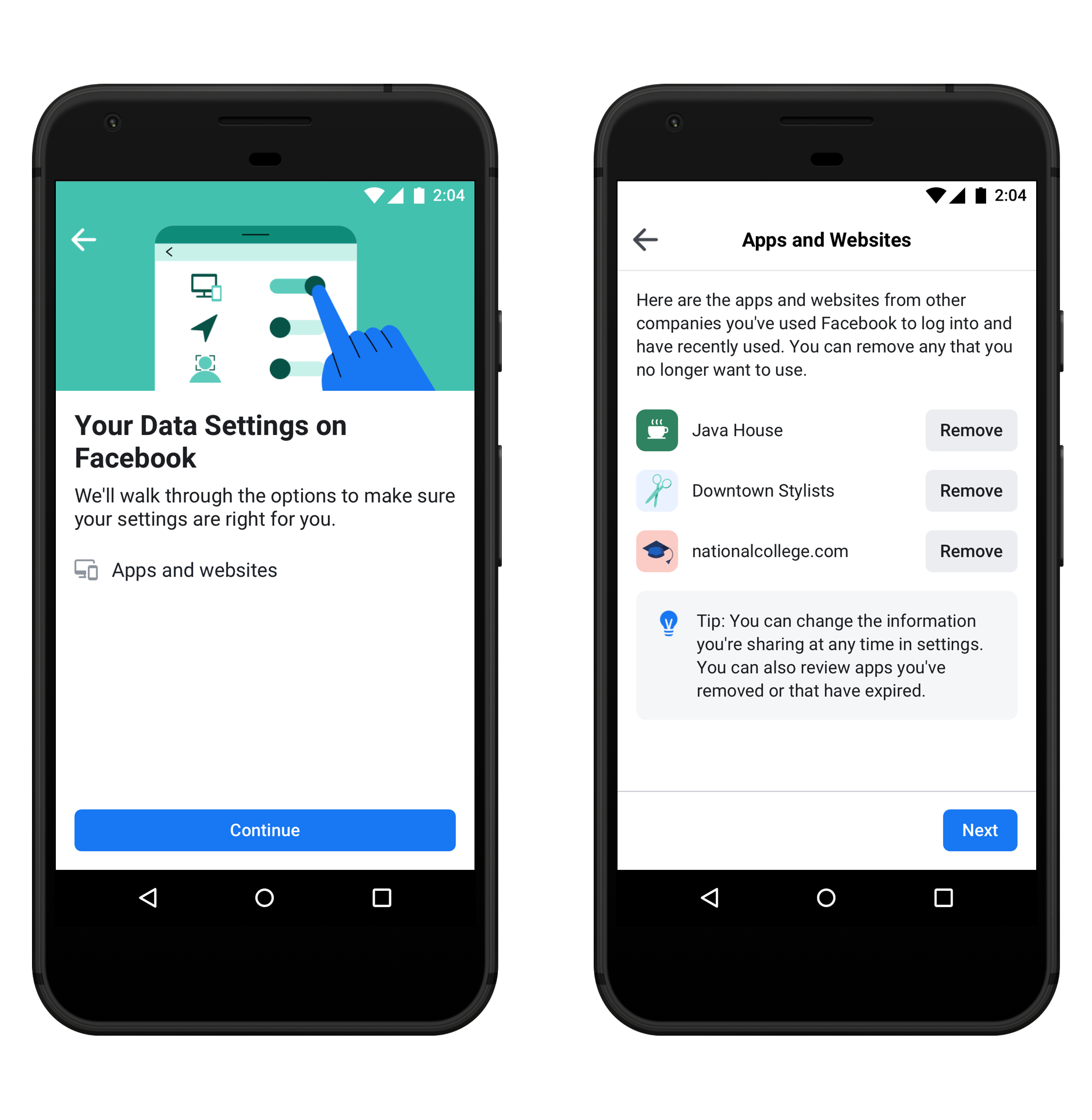 The revamped Privacy Checkup follows a Federal Trade Commission investigation that found Facebook guilty of major privacy lapses, which culminated in a record $5 billion settlement paid last July. As a part of its deal with the agency, Facebook agreed to “restructure its approach to privacy from the corporate board-level down” and to “establish strong new mechanisms to ensure that … executives are accountable for the decisions they make about privacy.”

Under the FTC deal, Facebook ended friend data access for Microsoft and Sony in July — the last of a select group of legacy partners initially granted access to friends list data, as well as data collected when users logged into services using their Facebook accounts. The company also overhauled its API in what it pitched as an effort to prevent third-party integrations encouraging contact-sharing and syncing among address books, apps, and web platforms. Separately, Facebook rolled out a program that makes it easier for users to alert it to data misuse and a review process to be undertaken for new APIs that are built or updated.