October opened with a fall festival for fans of indie games as Steam’s Next Fest is currently running with scores of short game demos to play for free. Formerly known as the Steam Game Festival, this PC-friendly event boasts hundreds of titles, which is more than enough to keep you busy during the 7-day run, even bordering on overwhelming. But don’t worry about the cold reality of indecision; you can take comfort in our blanket of suggestions. While the Steam Next Fest only lasts until October 7, there are plenty of full indie game releases to look forward to in the first half of the month.

Jump On The Hayride; We’re Going To The Festival

Bountiful treats await gamers this week at Steam’s packed carnival. One of indie’s most anticipated titles, Tunic, has a demo for anyone that missed it in the summer. But newcomers to the scene are also in attendance and ready to give players a free taste of gameplay, like Lil Gator Game. New or old, familiar or little-known, here is a list of demos you shouldn’t miss. 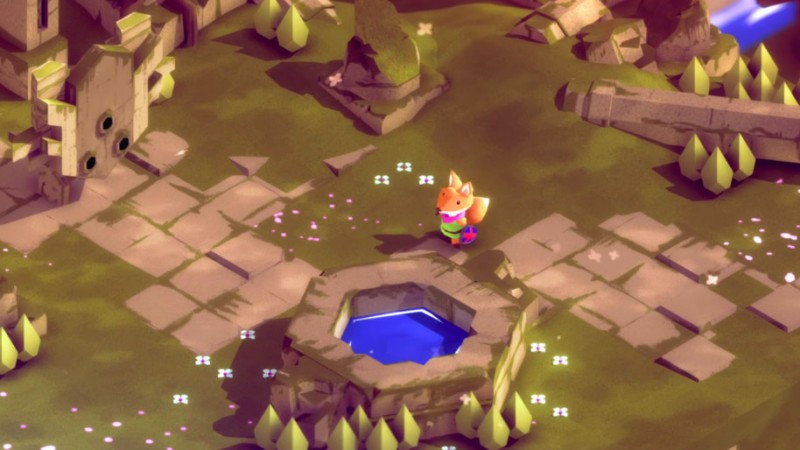 The Zelda-like action-adventure game Tunic is offering a free hands-on experience on Steam this week for anyone interested in battling monsters and navigating dungeons as a plucky, sword-wielding fox. The team is calling it the “2021 demo,” so if you caught it during the Xbox Summer Game Fest or Indie Arena Online event, there won’t be any new content. In a game so packed with secrets to uncover, however, it’s possible this demo still holds a few surprises for anyone who previously played it and is a must-play for anyone that hasn’t tried it out yet.

Though the Steam Next Fest tends to highlight games that have not yet released, it seems like the organizers made an exception for Hello Games’ The Last Campfire. The team behind No Man’s Sky launched this puzzle-focused title on consoles last year, with an update coming out only a few months ago. But on October 7, at the end of the demo-filled event, The Last Campfire will make its full debut on Steam. If you check out the demo, you’ll find yourself in an atmospheric world where you play as Ember, a small soul that is able to spark hope in those around it. You’ll travel from level to level, discovering those in need and aiding them by overcoming various puzzle-based challenges.

What constitutes an indie is an ongoing discussion, and the Ori games fall in a grey area because its developer, Moon Studios, made both entries in the series with support from what’s now known as Xbox Game Studios. But it’s hard to cut this little furball spirit out of our indie lives, especially when Ori: The Collection is coming to Switch on October 12. This package includes both Ori and the Blind Forest: Definitive Edition and Ori and the Will of the Wisps. This beautiful franchise’s second entry earned a spot on our best current action games list, and soon you’ll be able to take it with you wherever you roam.

Coming to Xbox Game Pass when it launches October 14, The Riftbreaker is an action RPG with elements of real-time-strategy base building, survival, and tower defense. On top of all the delightful, genre-blending action, you get to jump in the cockpit of a cool-looking mech suit as Captain Ashley Nowak. Ultimately, your quest is to live long enough in a hostile, alien environment by collecting resources, upgrading your defenses, and protecting your dwelling, so that you can learn how to build a transporter that will return you to Earth.

There are some big, little titles out in the second half of the month, and we are excited to cover them all in the next Fall For Indies. Looking forward to something? Shout it out in the comments! If you need more indies in your life, don’t forget to check out our round-up of games that hit right at the beginning of the fall season and click the goose below for more list content.