A post-apocalyptic vault-dweller is only as good as their settlement, and in Fallout 76, metal is a fantastic material to use for your abode. Unfortunately, the plans for building metal walls can be hard to come by, which can lead to a lot of unnecessary grief on your part. The first vital bit of information you need for obtaining metal wall plans is knowing that you’re not actually looking for metal wall plans. Instead, you’ll need to find metal building set plans. Once you obtain the plans for a metal building set, metal walls will be unlocked for you. Though the availability of these plans can change, there are a few tried and true areas to obtain them.

Fallout 76 Metal Wall Plans – Where To Find Them

Metal building plans are sold by many vendors throughout the Fallout 76 map of Appalachia, but two vendors in particular are known to have these plans regularly. When looking for this item, your best bet will be to visit a vendor bot in the Watoga shopping plaza. This Protectron is named Phoenix, and can be found roaming through the streets and inside of the abandoned shops. You’ll want to be careful when looking for Phoenix as there are several high-level enemy bots in the area. This Brotherhood of Steel bot will often sell “Plan- Metal Building Set” for anywhere between 500 and 700 caps. If he doesn’t have the plans when you first approach him, you may need to server hop. By logging out of your current server and signing back in to a new one, you’ll be able to interact with a different Vendor Bot Phoenix to see if they have the plans. Because their supply is often random, you may need to do this a few times to ensure you obtain the plans you’re looking for.

It’s important to remember that vendor bots will only have a maximum of 200 caps to offer you for anything you may be willing to sell them. Because of their limited supply of caps, you need to make sure you have enough of your own caps to purchase the metal building plans, otherwise you will have wasted a trip. Bringing about 700 caps is the safest option if you’re planning on purchasing the entire metal building set. Individual pieces of a metal settlement can also be purchased for around 200 to 300 caps. Keep this in mind as you make your journey to buy your metal building plans. 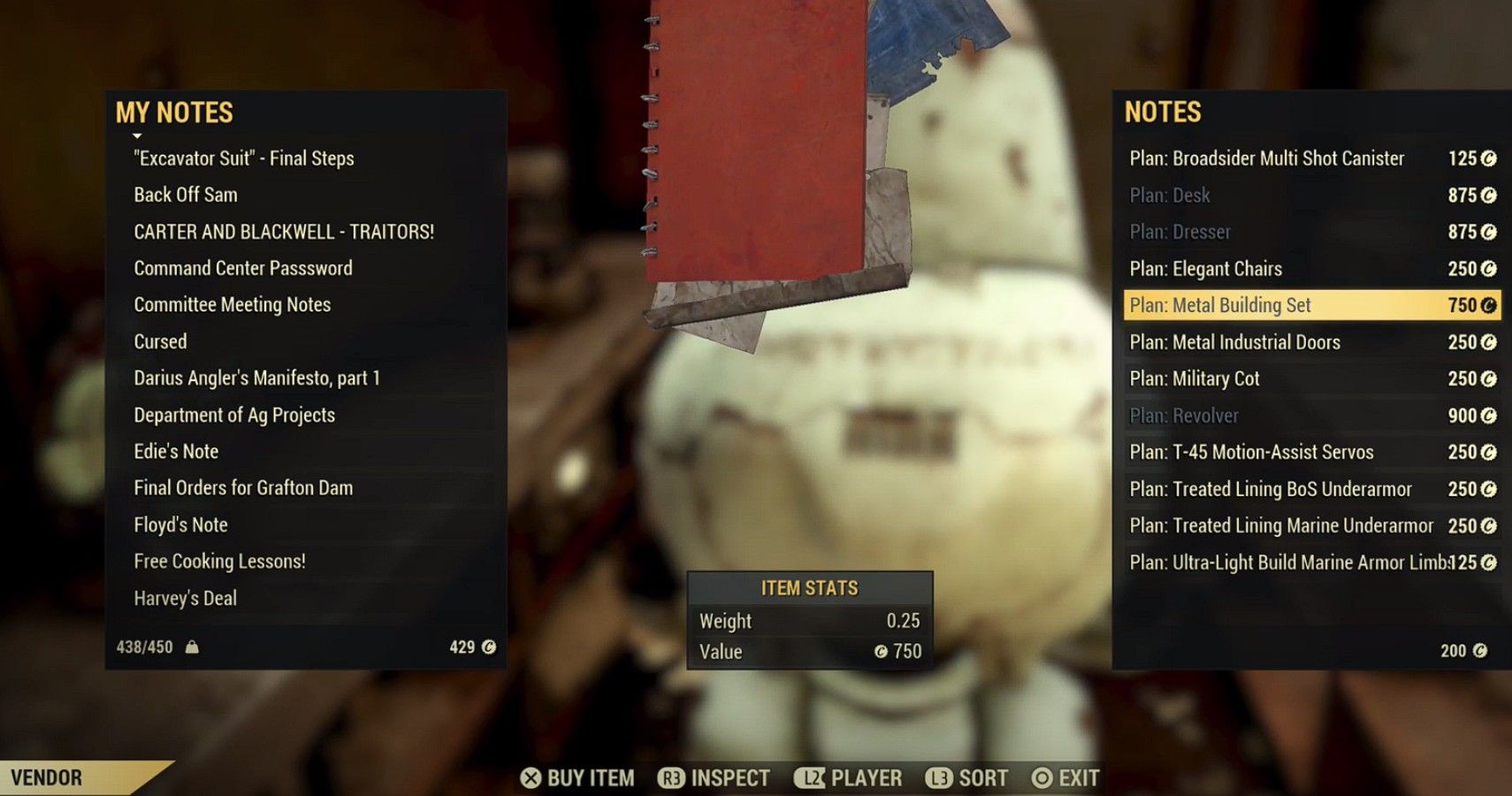 While Vendor Bot Phoenix in the Watoga shopping plaza is your best bet for finding the metal building plans, there are several other vendors who often sell these plans as well. One of the more common vendors to have them is Grahm. This super mutant, though intimidating to look at, is actually a friendly NPC that can be found roaming around Appalachia. While Grahm has a higher chance of having the metal building plans in his inventory to sell you, he is a difficult NPC to find since he’s constantly on the move. If you do manage to find him, however, you’re likely to locate the plans you’re looking for.

There are several vendors who have a lower chance of having the metal building plans on them, but are a good option if you can’t get to Grahm or Vendor Bot Phoenix. The plans are sometimes available for sale through Vendor Bot Wallace in Berkeley Springs Station, the Whitespring Station Vendor in Whitespring Station, and Vendor Bot Responders, which can be found at the Responders’ trading posts located throughout Appalachia. You can also obtain the metal building plans from the many Vendor Bot Raiders scattered around Fallout 76. 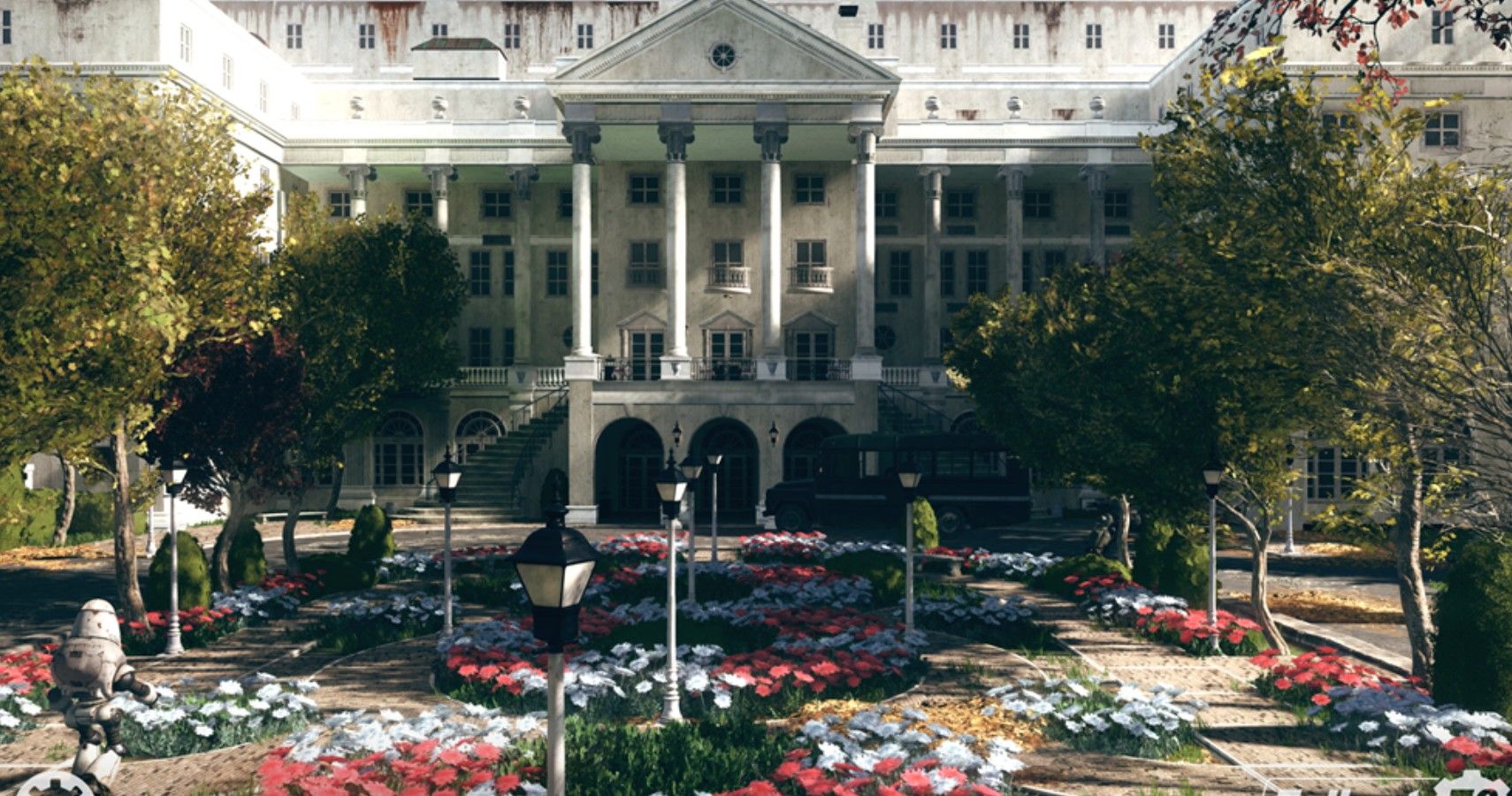 Last but not least, there are several vendor bots in the Whitesprings Resort who sometimes sell the metal building plans. The shopping mall vendor, Brotherhood of Steel vendor, and Free States vendor sometimes have this plan in their inventory.

One of the biggest things to remember while looking for this particular plan, is that you’re playing a numbers game. You’ll need to weigh the odds of finding the plans against the difficulty of locating each of the vendors who sell them. If you can fight your way to Vendor Bot Phoenix in the Watoga Springs shopping plaza and are in a position to server hop, that will ultimately be your best bet for obtaining the metal building plans and, in turn, the metal wall plans. Just make sure you come ready for a fight against the high-level enemy bots, or you’ll be in for an unpleasant surprise.

Next: Fallout For Hope: A Community’s Effort To Eliminate Childhood Cancer 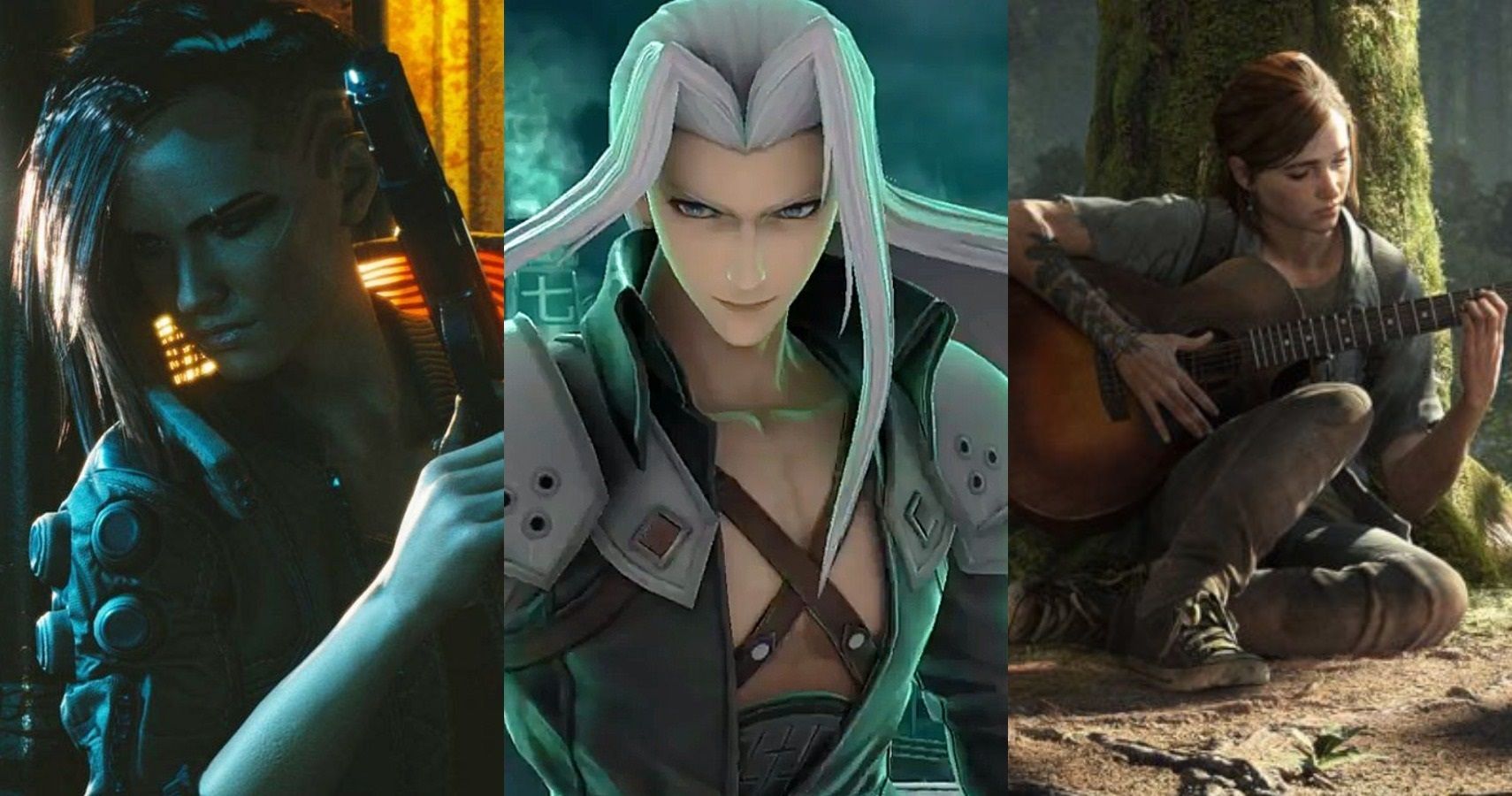