As one might expect from this post-apocalyptic franchise, Fallout 76 is full of pitfalls for the unsuspecting wanderer. Here are ten common slip-ups and beginner mistakes everyone has likely fallen prey to.

Don’t Be A Hoarder 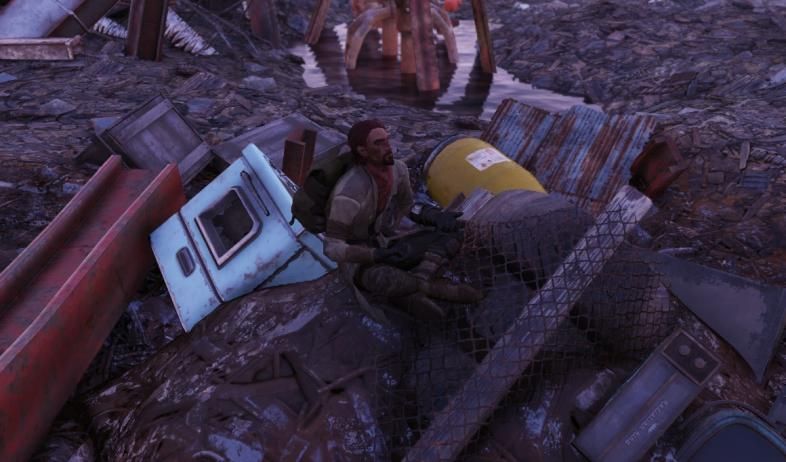 A common tip for these sorts of games is to loot everything, but unsurprisingly in a post-apocalyptic wasteland, you’ll mostly be picking up junk. Yes, junk is good to scrap for crafting components, but don’t bother unless you plan on doing that right away. You don’t want to be carrying junk around indefinitely as you have a limited carrying weight.

The same goes for weapons and armor. Don’t carry around anything you’re not going to use. You want to save as much space as possible for rare finds and legendary items. This brings us to the next tip. 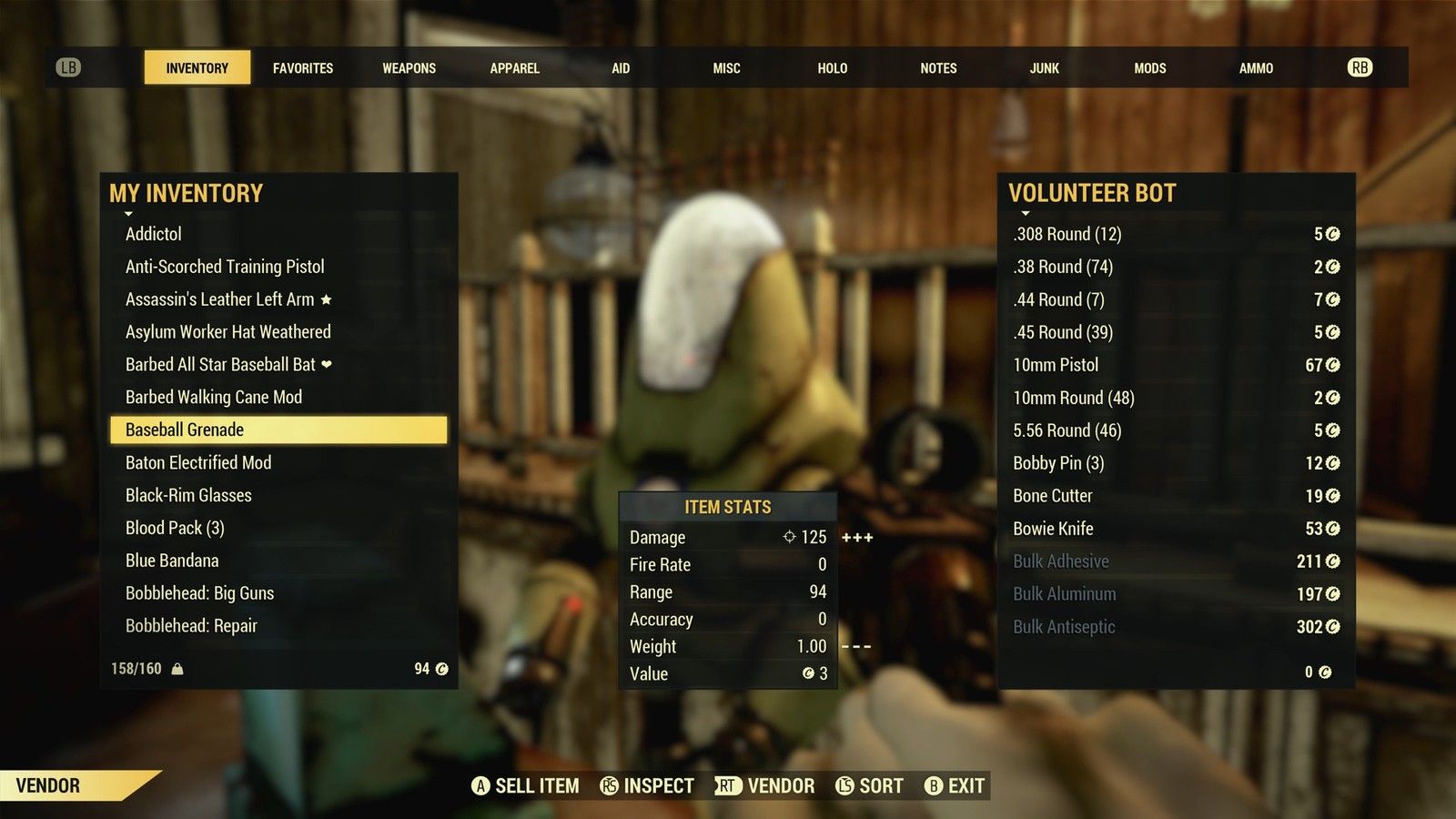 You’re not a traveling merchant, and it’s a good thing too because selling prices are complete bogus in Fallout 76. It’s a much better use of resources to scrap things like weapons and armor instead. Scrapping gear unlocks mods and gives you the necessary materials to craft different gear more suited to your needs. That being said, there are some things you should consider selling. 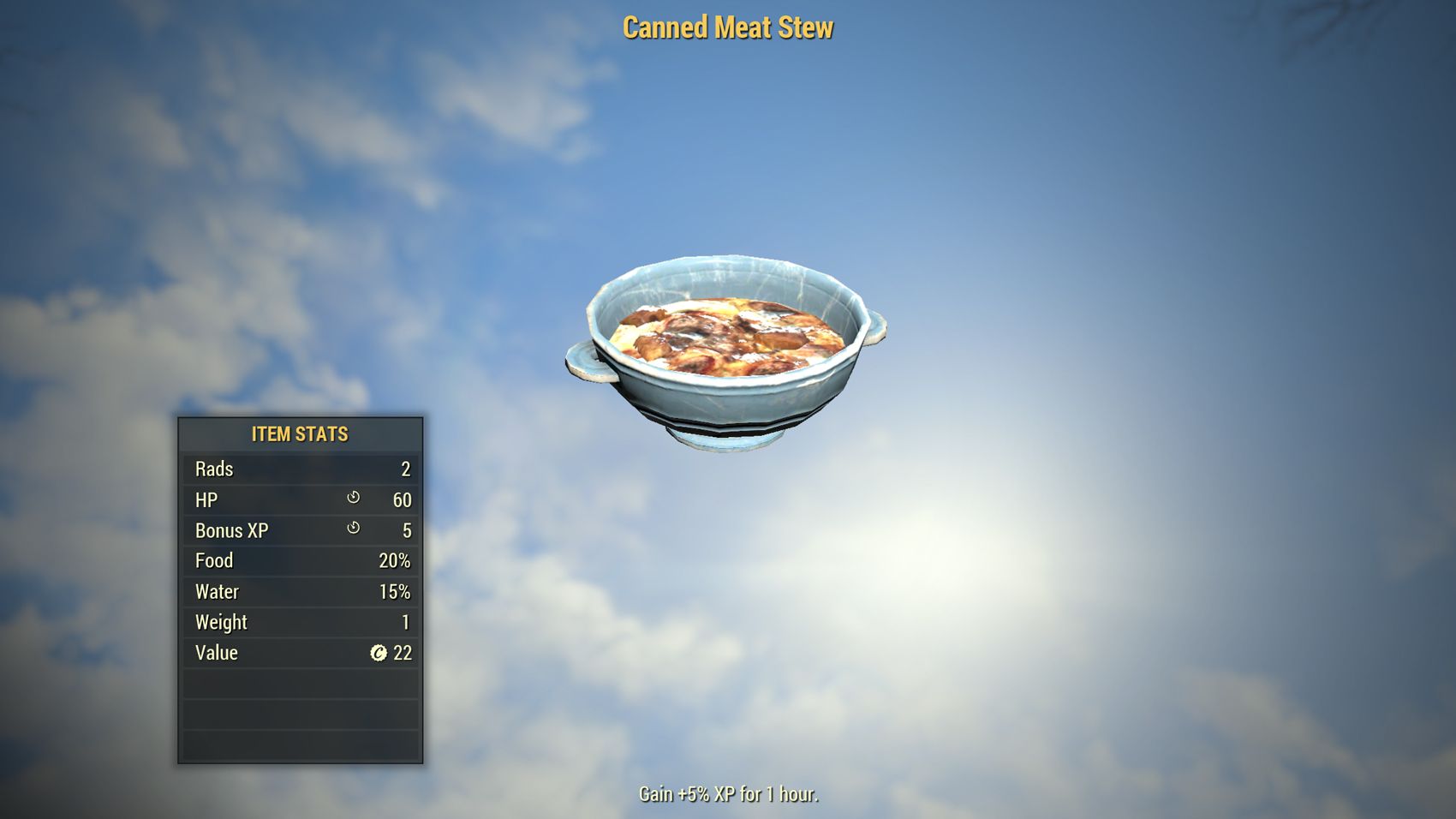 Unlike some games where cabbage soup or chicken sandwiches somehow keep just fine your entire playthrough, food will spoil in Fallout 76. Meals can spoil rather quickly out in the wasteland, so try to eat them in the order they were cooked up. If you find you have over-prepared and won’t be able to eat everything in time, you should sell meals that are on edge to vendors. Food will sell for the same price no matter its quality, so this is a good way to earn extra Caps and ensure the time and ingredients spent cooking don’t go to waste.

As an additional note, raw meat collected from kills spoils exceedingly fast, so after the kill, make haste towards the nearest cooking station so as not to waste good meat. If you hadn’t guessed yet, cooking is a vital key to success in Fallout 76. Your food and water meters require constant maintenance and even more so because you can’t cook an entire pantry’s worth and carry it around with you. 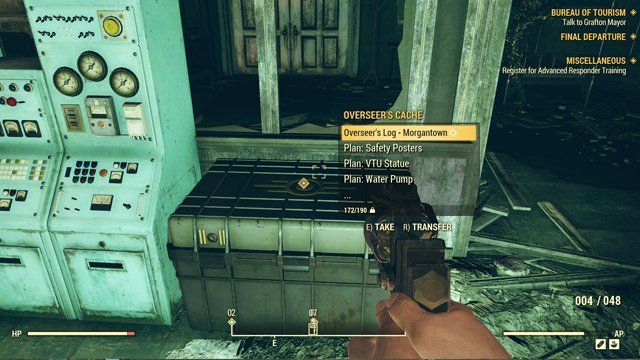 As with many RPGs, vendors may try and swindle you into buying various plans for items that you’ll then need to craft. Don’t fall for their scams. Most plans, including weapons, armor, food, and simple base items, can be found throughout the world by completing special events or given for free just for talking to random NPCs. Unless a vendor is selling something particularly useful, save your hard-earned Caps.

Because you don’t want to hoard junk in your pack, but you also don’t want to spend unnecessary Caps, you should make pointed loot runs to restock on crafting components and store them in a Stash box. Ideally, you’ll have a Stash built at your camp, but otherwise, any Stash box you can locate and access easily will do. 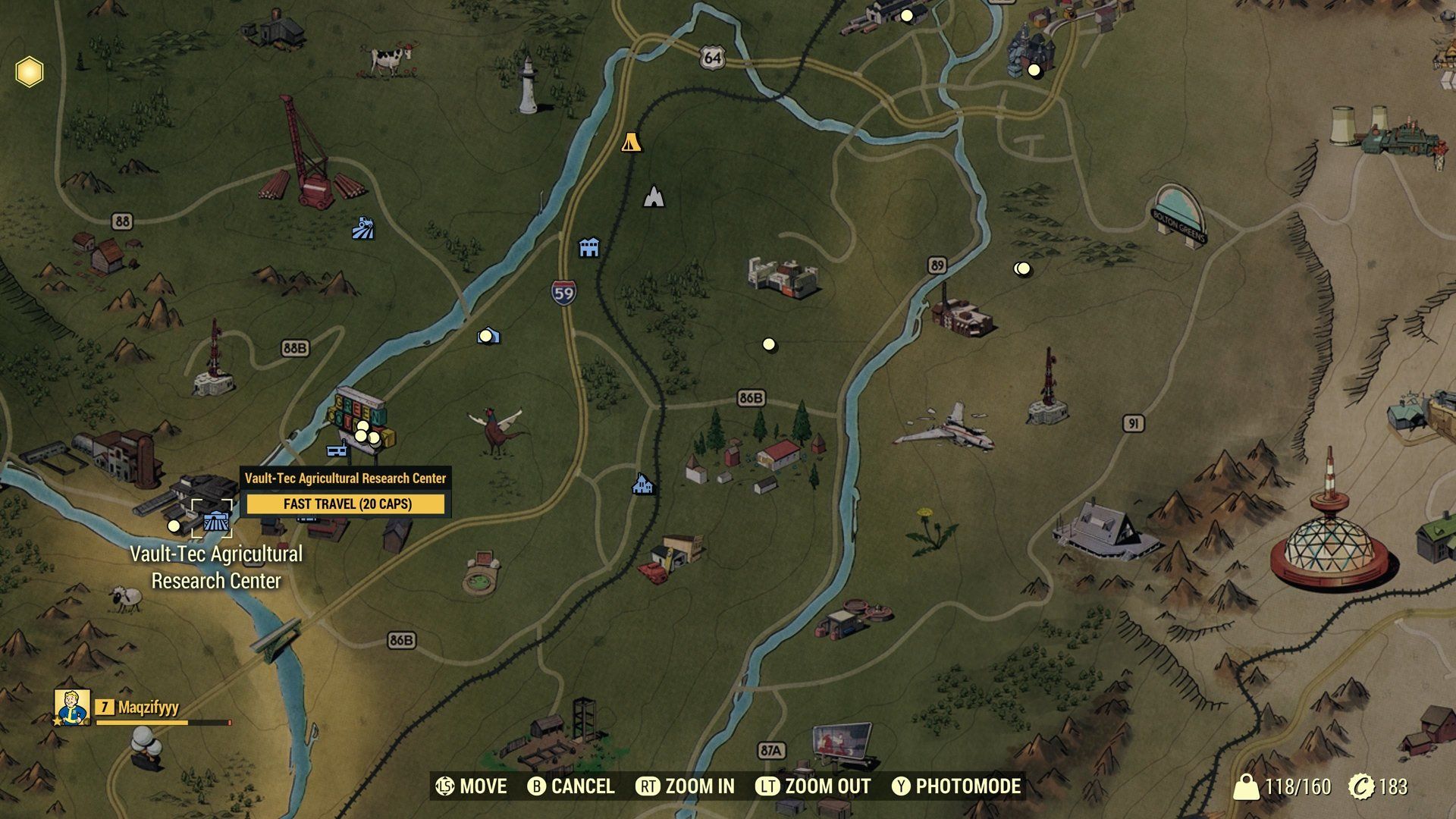 Yes, Fallout 76 lets you blink around the map as long as you have visited the location at least once before. But, the fees will rack up quickly.

To save on travel expenses, think about building your camp somewhere near the middle of the map. In close proximity to a water source, crafting tables, and possibly a vendor is ideal, but the primary purpose is for your camp to serve as the halfway point between fast travels when trying to jump across the map. You can fast travel to your camp for free, then travel on to your ultimate destination for roughly half the price. This gives you the added benefit of resting up and restocking before setting out on whatever it is you plan to do.

You can also fast-travel to Vault 76, Rusty Pick, and the ATLAS Observatory free of charge. If you strategically build your camp with these other locations in mind, you can save a huge chunk of Caps on travel. 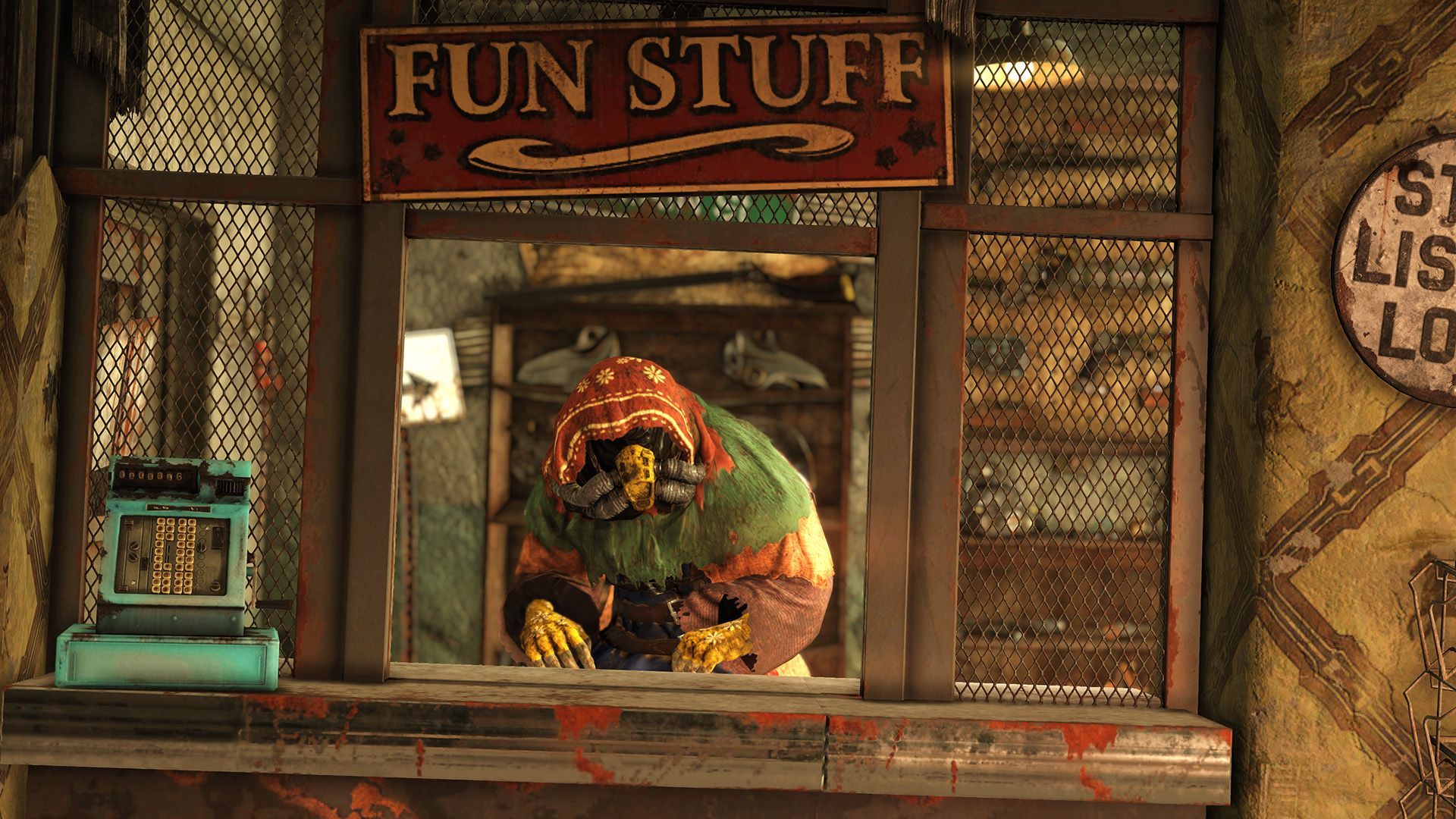 There’s a wide array of legendary weapons and armor you’ll pick up. Unfortunately, many of them won’t suit your personal playstyle. You may think to sell or scrap them for valuable parts but will soon learn that’s not possible. Instead, a Legendary Exchange is located at train stations where you can trade legendary items for a new currency called Legendary Scrips.

To spend your scrips, you’ll need to talk to the Mole Miner, Purveyor Murmrgh, at the Rusty Pick in the Ash Heap region. Unfortunately, she has inflated the price of legendary items, making her wares much more expensive than items of the same rarity you traded in at the Legendary Exchange. Moreover, the items she offers will be random, making it a complete gamble whether you’ll even get an item more useful than the ones you initially traded-in. Because of this, it’s recommended that you save your Legendary scrips up to the max 1,000 count so you can try your luck until you get something worthwhile.

Getting your rest is important while roaming the wastelands. Sleeping can earn you temporary XP boosts, which is exactly what you want when just starting out, but don’t rest your head just anywhere. Catching some Z’s in your own bed is best, but if you’re far from camp and need to shut your eyes for a bit, make sure you find a raised bed to sleep on. When you settle for a bedroll or the like on the ground, you risk the chance of contracting diseases.

In fact, there are numerous ways to contract diseases and mutations in Fallout 76. Be wary of swimming in questionable waters, bites from anything radioactive, breathing toxic air, or ingesting spoiled food. Simply put, if it looks contaminated, don’t touch it.

Your weapons and armor have levels of durability. Just as you must keep your own vitality up, you need to take care of your gear. Visit weapon and armor workbenches regularly to keep your ensemble in tip-top shape.

Know What Build You Want

Though you can swap out perk cards anytime you wish, you will not be able to respect attribute points until you hit level 50. Because of this, you should take some time to research all of the perk cards, get a feel for the ones that you’ll make the most use of, then use those to determine where to invest your attribute points among your SPECIAL.

This tip is based predominantly on your personal playstyle, but for new players or amateur shooters, you may consider investing heavily in the Perception attribute. Perception affects your accuracy when targeting V.A.T.S, which are essentially an auto-aim feature with a percent chance to hit or miss up to a max accuracy of 95%.

Some other general guidelines: Strength is conducive for melee and shotgun-style combat while Perception makes use of rifles, stealthier weapons, and accuracy. Endurance is more of a support attribute, boosting health and warding off diseases. Charisma is handy for team play and makes good use of the Lone Wanderer perk cards when playing solo. Intelligence boosts your crafting and hacking abilities, making more durable items and an easier time of hacking terminals. Agility pairs nicely with Perception, giving you more action points for your V.A.T.S and aiding your stealthiness. Luck is an unassuming but wildly helpful stat, boosting things like critical hits, item conditions and durability, recharge rates, and your general good fortune throughout gameplay.

Don’t Go In Guns A Blazing

Though this is a fun way to play at times, it’s more beneficial to remain undetected, especially if you don’t know exactly what you’re up against. For instance, bows can deal obscene long-range damage, and shots fired from any weapon while you’re concealed from the enemy do twice the amount of damage.

NEXT: Fallout 4: How To Save Kent 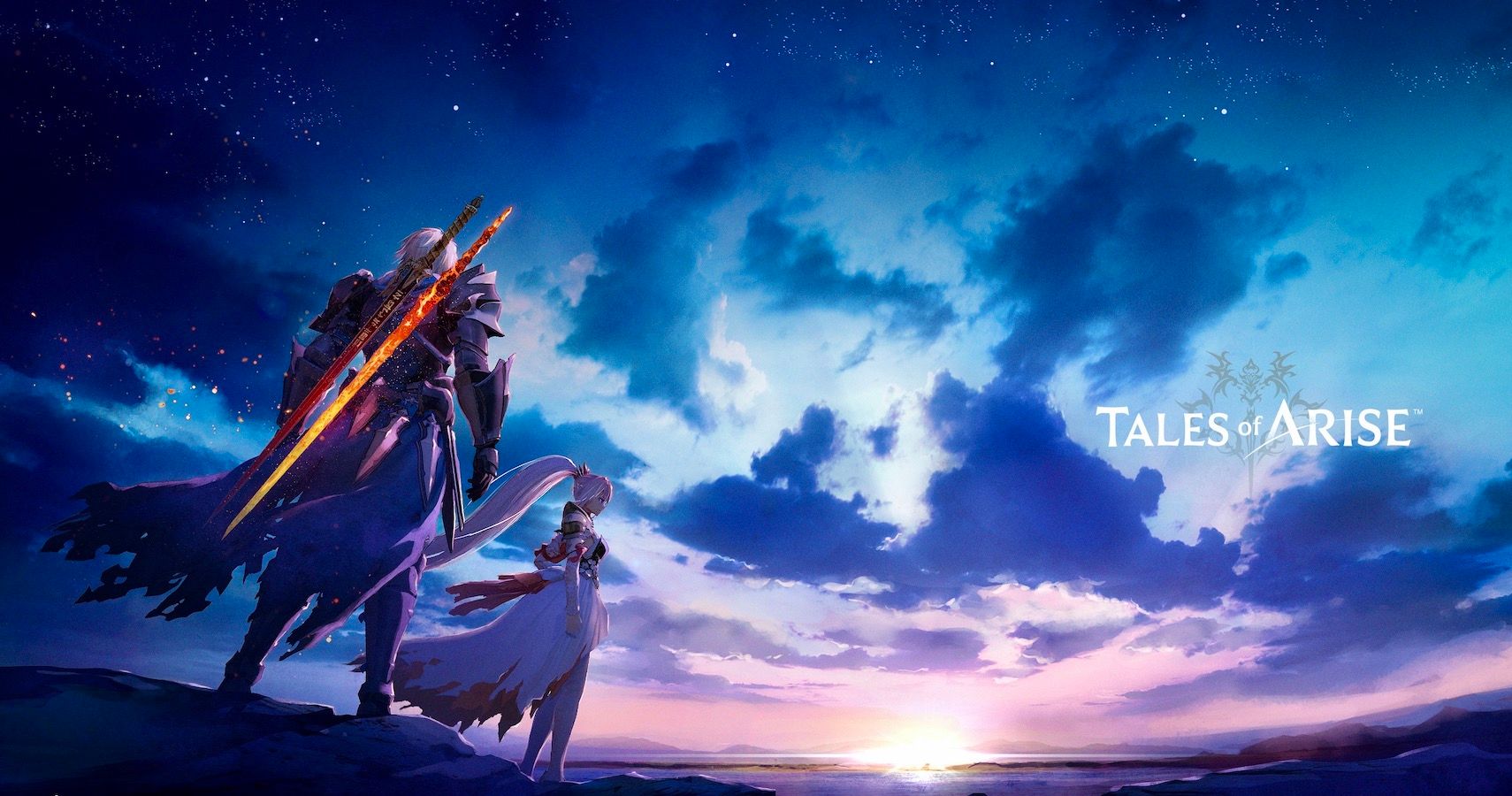