I recently started Fallout: New Vegas for the first time. I know I’m late to the party, but I wanted to dive into an older game I missed before the onslaught of triple-A launches begins in a few weeks. I gave it a go when I was a teenager, but that was on a borrowed copy so I didn’t get to the end. You all know the drill by now. You’re a courier who gets shot in the head while running a routine gig before waking up in a small-town doctor’s office. He’s kindly patched you up and sent you on your way. This is fantasy, not sci-fi, because if this were really America you’d also be saddled with a crushing amount of medical debt.

Don’t get me wrong, it’s no NHS, the doctors of the wastelands still charge, but it’s a far more reasonable fee than the real world. The cost for fully healing you and restoring your limb damage, purging you of radiation sickness, or curing a substance addiction is just 50 caps. Looking at any shopkeeper’s inventory shows 50 caps isn’t all that hard to come by. Even with a low Barter skill you can amass those caps by selling some hides and looted goods strewn about the place.

50 caps and you’re discharged. No hidden costs, no need to ask for an itemised bill to get ridiculous charges dropped out of sheer shame, just a flat fee and off you pop. What’s more, there are no waiting rooms or long lines, no need to call ahead for an appointment in three weeks time, just go in when you need some help and you’ll get it, no questions asked. It’s a stark contrast to the grand old US of A, where you can get imprisoned for getting or providing an abortion and childbirth can lead to lifelong bills. Come on America. The wasteland has its shit together more than you do. 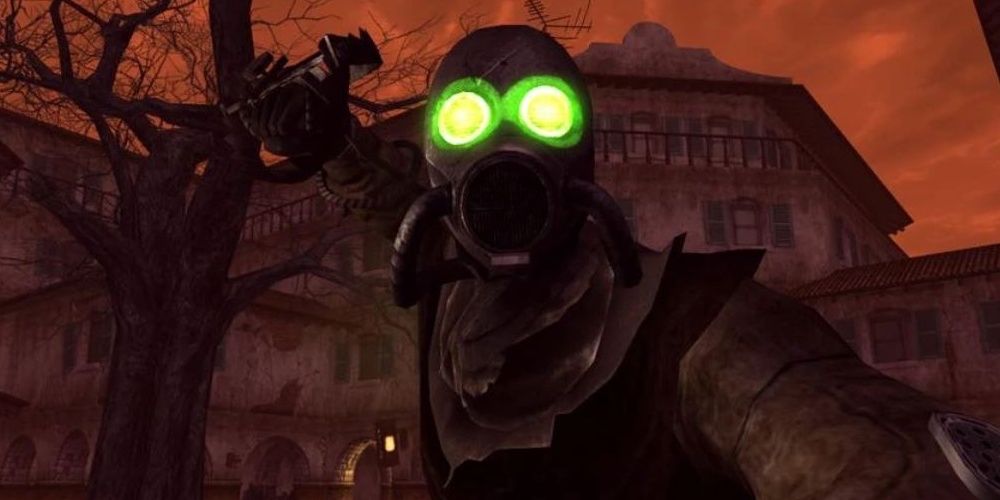 Addiction is also treated as a medical issue rather than a police one. I chugged down some moonshine to give me the charisma boost necessary to convince Chet to part with some leather armour to make defending Goodsprings from the Powder Gangers a bit easier, and the second that sweet nectar touched my lips I was hooked. Once the job was done and I got my caps, I went to the good doctor and he rid me of my affliction after a few short hours.

Again, let’s compare this to the real USA. No expensive rehab, the doctor didn’t tattle on me to the NCR. He just cured me and we all moved on with our lives. And I know I won’t touch moonshine again. Well, not unless I really need that charisma boost. I’ve dealt with substance abuse issues myself, and a future where it’s treated as a social and medical issue rather than a criminal one is a future I dream of. I just hope we don’t need a nuclear apocalypse to realise it.