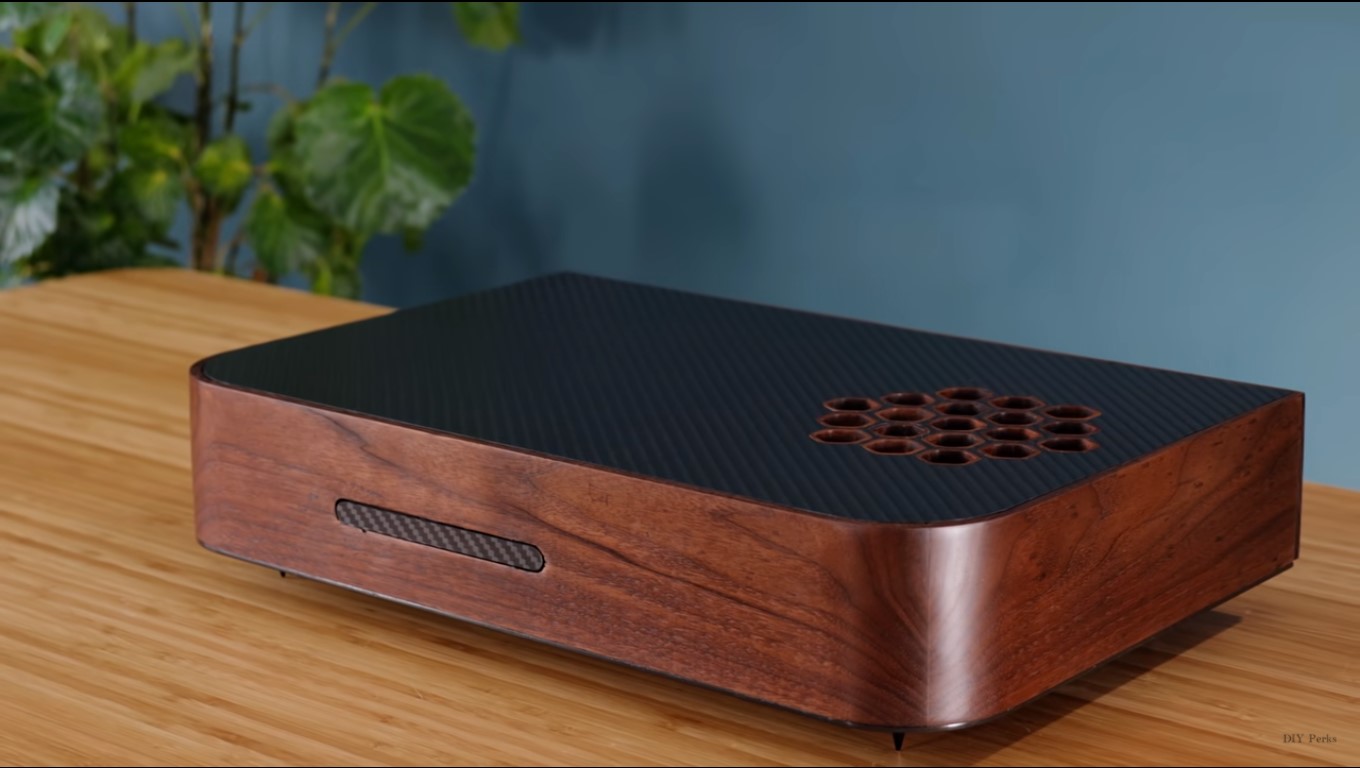 The PS5 console design has always been controversial but if you wish it was a bit easier to fit under your TV you could always make your own.

Sony’s PlayStation 5 is one of the biggest consoles ever made but it’s not just the size that’s an issue but the weird shape, particularly when it’s placed horizontally.

Whether you like the design or not it’s hard not to wish it was a bit more convenient to move around, which is just one of the benefits of the ‘stealthy’ PlayStation 5 from YouTube channel DIY Perks.

The 12-minute video below shows host ‘Matt’ dissembling an ordinary PlayStation 5 (something that he’s apparently already done to make a brass version) and constructing a whole new chassis for it.

As you can see in the video, the internals of the console are actually smaller than you you’d think, so a new case is constructed out of a mix of carbon fibre sheeting and… wood.

The DIY skills on display are pretty impressive, not least because of how professional it looks and the fact that it apparently still works and is no louder than the normal version.

Frustratingly, the DIY console isn’t shown next to a horizontal standard version, but it looks like they’re both still roughly the same size. However, the wood one is clearly easier to move around.

Whether you like the design or not it’s fascinating to see how different the PlayStation 5 could have looked if Sony was feeling extra experimental, although it’s pretty hard to imagine them ever making a wood one.

It is likely that there will be a new, smaller model at some point in the future – redesigns like that usually turn up around three years after launch – but it’s far too early to expect to hear anything about that now, given the original model is still constantly out of stock.