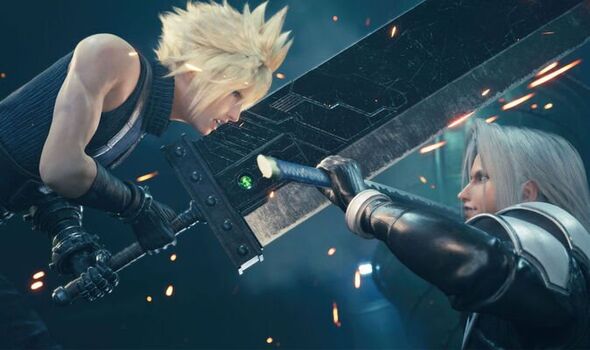 This year Final Fantasy 7 celebrates its 25th anniversary, and to mark the occasion a special event is being held today. The Final Fantasy 7 25th Anniversary event kicks off at 11pm BST, and in the run-up to it Square Enix has asked fans to “please be excited” for the stream. Its hoped news on Final Fantasy 7 Remake Part 2 could drop during tonight’s event, but that’s not all – with some surprise announcements for Xbox and the Nintendo Switch also rumoured.

This news comes courtesy of leaker The Snitch, who has garnered a following very quickly these past few weeks for their extremely accurate leaks.

The Twitter user leaked the full line-up for Sony’s recent State of Play in advance, and also leaked that Hollow Knight Silksong and Persona 3, 4 and 5 would feature during last week’s Xbox and Bethesda Games Showcase.

In addition to these accurate leaks, The Snitch also leaked the release date for The Last of Us Part One before it was officially unveiled at Summer Game Fest.

Given this incredibly accurate track record, the latest leak from The Snitch has caught plenty of gamers’ attention.

The coloured squares were blue, green, red and grey. This seems to be a reference to the predominant colours for the branding for the PlayStation, Xbox, Switch and Epic Games platforms.

In terms of what announcement could be in store, we’ll have to delve into Final Fantasy 7 Remake spoiler territory.

So if you’ve somehow managed to avoid any spoilers for the FF7 Remake, and want to keep it that way, don’t continue reading any further.

Instead, make sure you tune into the Final Fantasy 7 25th Anniversary event which kicks off at 11pm UK time today.

You can access a live stream below as well as see a list of the times for the event. Then, we’ll talk about what could be announced…

We’re about to go into spoilers for the end of Final Fantasy 7 Remake so last chance to stop reading.

One possibility is a remaster of PSP spin-off Crisis Core, which focuses on Zack Fair.

The reason why fans aren’t exactly sure what project could be coming to Xbox, Switch and PCs is the image The Snitch used to tease what was on the horizon.

The picture The Snitch shared was an image of the end of Final Fantasy 7 Remake, where Zack Fair makes a surprise appearance.

This, along with other things that happen in FF7R, shows the Remake project is going down a different route than the original in terms of the plot.

So the image of Zack could allude to a Crisis Core remaster, or it could be a reference to Zack appearing in Final Fantasy 7 Remake Part 2.

Whatever it’s a reference to, fans don’t have long to wait – with the Final Fantasy 7 25th Anniversary event just hours away.