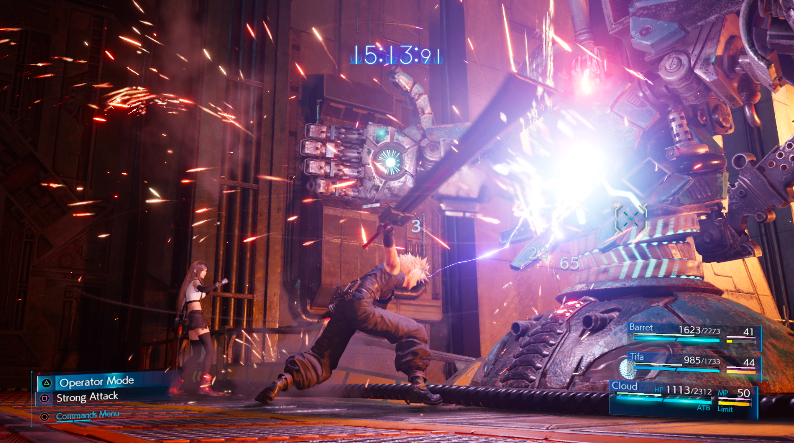 “Playing Final Fantasy 7 Remake, it feels like I’m wearing those rose-tinted glasses without any compromise”

Cloud can repeatedly slash with his buster sword to dispose of his enemies, launching them into the air before entering Tactical Mode, which becomes available if you build your Active Time Battle meter.

Once filled, you can slow down time and pick abilities, spells or items to use to truly demolish your enemies.

At first I thought this was impressive, but it only really came into its own upon the introduction of another party member (and some formidable foes) to create a palpable challenge.

When the stars aligned the tactics came out, and I started to properly get to grips with the frenetic combat.

Barret is most useful at range, auto attacking sentry drones and turrets so Cloud can continue dominating with close-quarters combat.

Having the ATB meter and using this as a means to pay for abilities and spells is so rewarding – it’s tension and release every time. 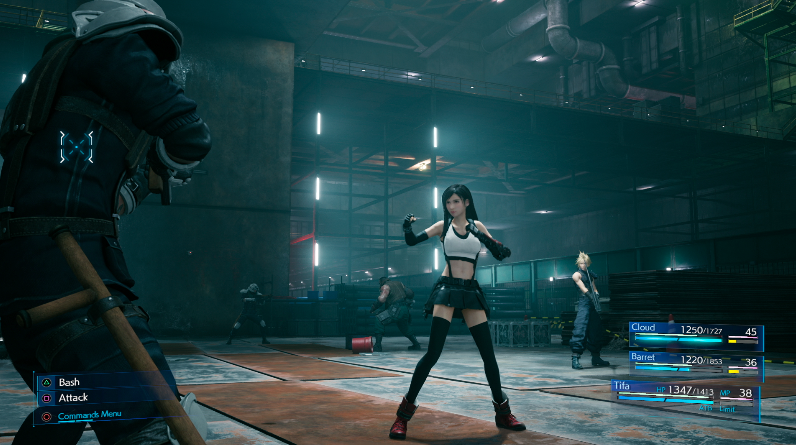 You get a rush of endorphins when you pull it off and stagger an enemy, knowing you’ve saved your limit break to decimate them when they’re made more vulnerable.

The buster sword feels hefty – it has an awesome weight to it, but Cloud doesn’t feel like an invulnerable god either.

You’re encouraged to use different kinds of magic to expose enemy weaknesses – thunder obviously makes short work of robots – you can also be restrained by enemies and will have to swap to your party members to embark on a rescue mission.

Chaining abilities in battle is very satisfying – Barret’s barrage and Cloud’s triple slash go together perfectly, and can be coordinated with ease.

There’s an unseen layer of tactics to combat, especially in boss encounters. As you may imagine, I went up against the Sentinel Scorpion in my demo – a massive set piece that is constantly reinventing itself – ship of Theseus style. 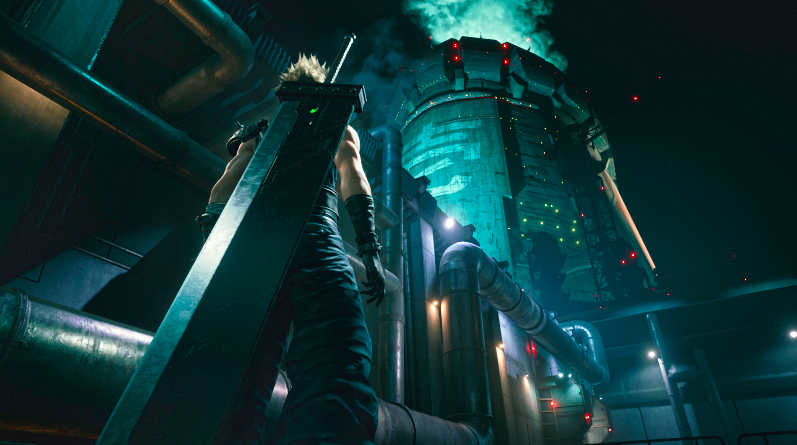 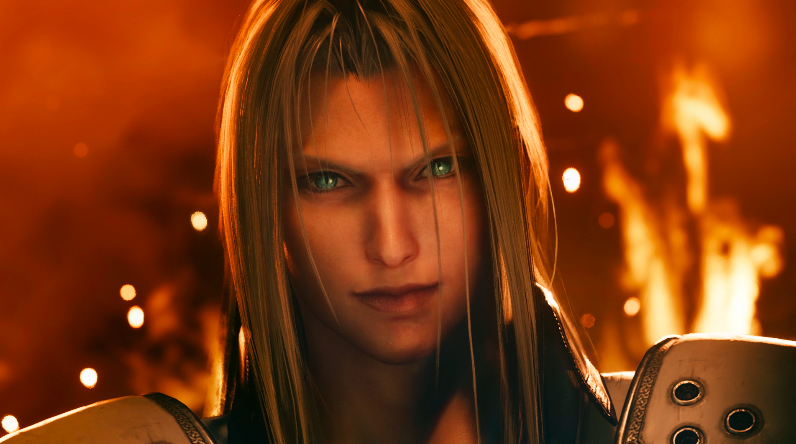 The difficulty was finely tuned – whilst I felt I was overwhelming the Shinra grunts – the scorpion quickly unravelled my supposed skills. Whilst the original duel in FF7 is memorable, Square took it to a whole new level with the remake.

There are multiple phases, back and forth between Cloud and Barret and new concepts to learn whilst you play. It’s theatrical and hours later I’m still very much thinking about it.

I ended up sneaking around the back to focus on its core when the scorpion built its barrier and left Cloud useless. When the tail laser rises you have to scramble behind debris to save yourself.

I started thinking about timing and how to most efficiently queue Cloud and Barret’s abilities to disrupt the scorpion’s mobility and keep it from hammering the duo with rockets.

There’s a lot to take in and time is of the essence – it felt seriously momentous – as it should given its ‘iconic boss battle’ status. That’s kind of the point of the remake summed up there actually… indulge me in a digression for a moment. 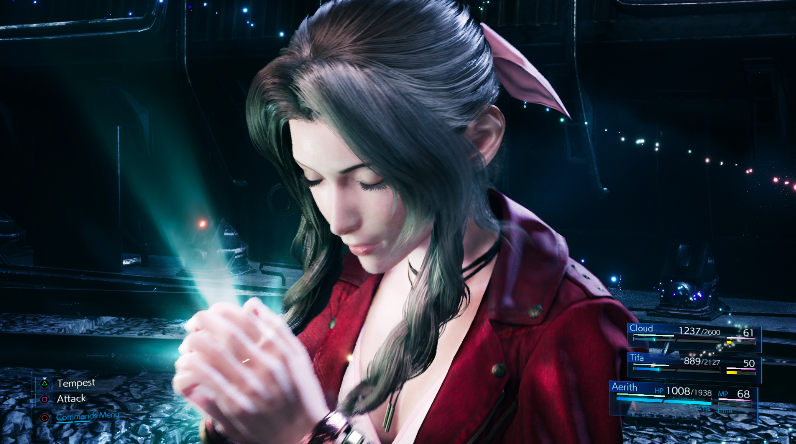 You know when you think about old games on your first console – for me that’s the PS1 – and you remember their graphics and how you thought they were so amazing at the time, but then you google it and the illusion is shattered as your eyes bleed from the sharp polygons?

Playing Final Fantasy 7 Remake, it feels like I’m wearing those rose-tinted glasses without any compromise.

Square are being so granular and detailed in this process to ensure that going back doesn’t feel like a compromise – it feels like they’ve reassessed the vision they had back then and improved upon it with the advanced technology we have right now.

I think that’s why the trailers so far have elicited such an emotional response from fans (including myself) – Just from my short session I’m full of confidence that this game is going to do the dearly beloved subject matter justice.

All we have to do now is wait in agony for it to land on store shelves. Get ready for Midgar when the Final Fantasy 7 Remake rolls around on March 3, 2020 for PS4.